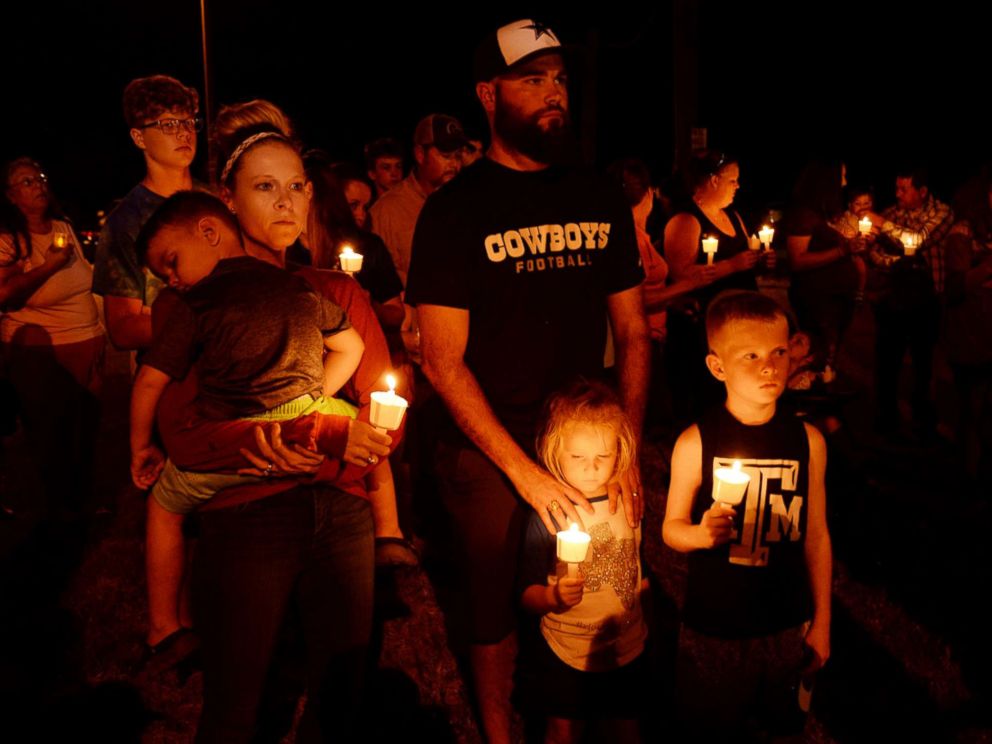 Twenty-six people were killed in a Texas church in the deadliest mass shooting in the state's history. Early Sunday evening, the shooter was identified as 26-year-old Devin P. Kelley. Authorities are continuing to investigate his motive. 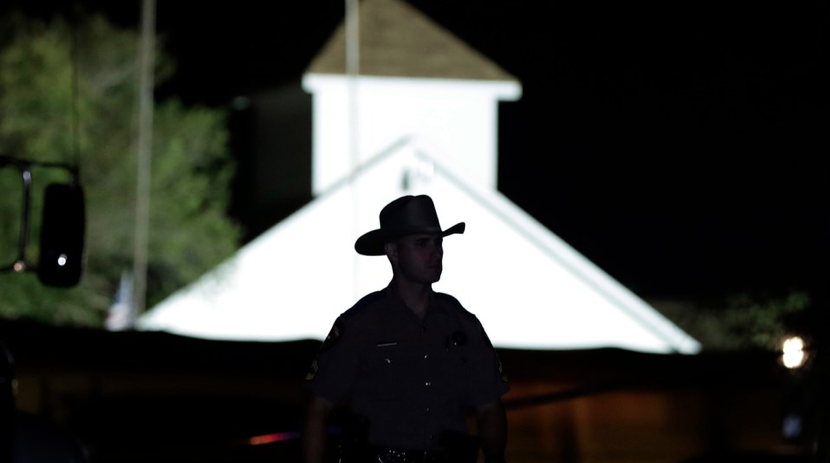 A man dressed in black tactical-style gear and armed with an assault rifle opened fire inside a church in a small South Texas community on Sunday, killing 26 people and wounding about 20 in what the governor called the deadliest mass shooting in the state's history. The dead ranged in age from 5 to 72 years old. 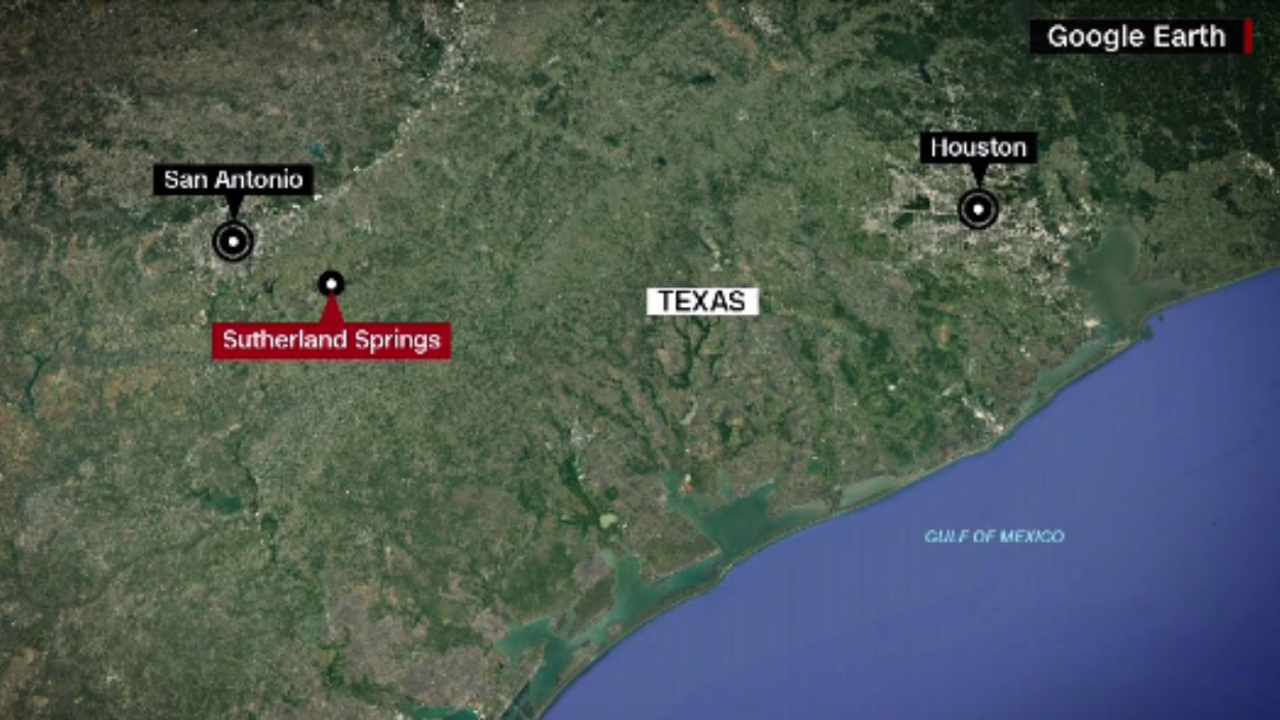 Authorities didn't identify the attacker during a news conference Sunday night, but two other officials — one a US official and one in law enforcement — identified him as Devin Patrick Kelley. The US official said Kelley lived in a San Antonio suburb and didn't appear to be linked to organized terrorist groups. Investigators were looking at social media posts Kelley made in the days before Sunday's attack, including one that appeared to show an AR-15 semiautomatic weapon. 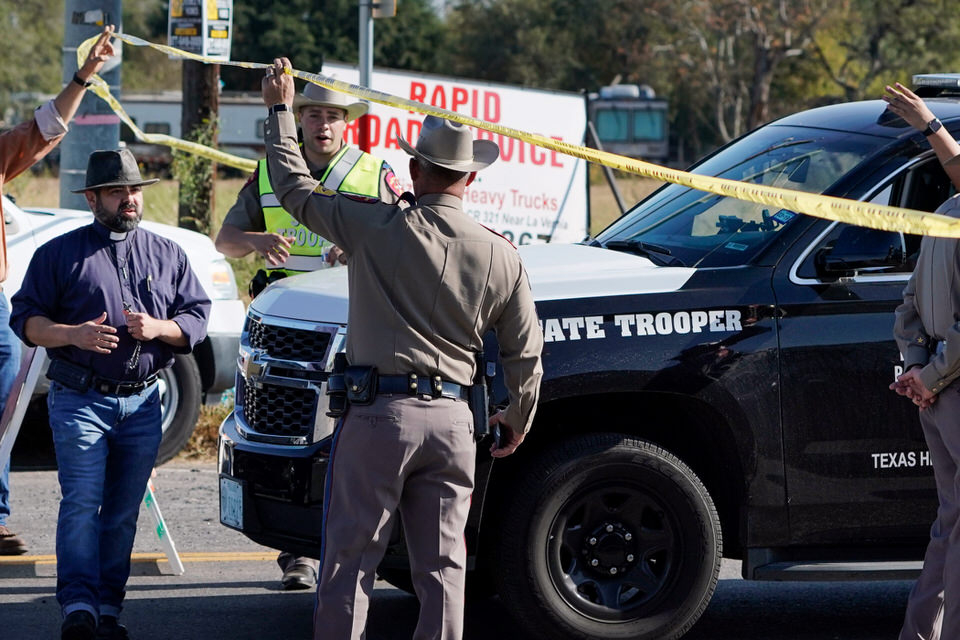 An Air Force spokeswoman said Sunday night that Devin P. Kelley received a bad-conduct discharge from the Air Force for allegedly assaulting his spouse and child, and was sentenced to 12 months' confinement after a 2012 court-martial. Kelley served in Logistics Readiness at Holloman Air Force Base in New Mexico from 2010 until his discharge, spokeswoman Ann Stefanek said. At the news conference, the attacker was described only as a white man in his 20s who was wearing black tactical gear and a ballistic vest when he pulled into a gas station across from the First Baptist Church around 11:20 a.m. 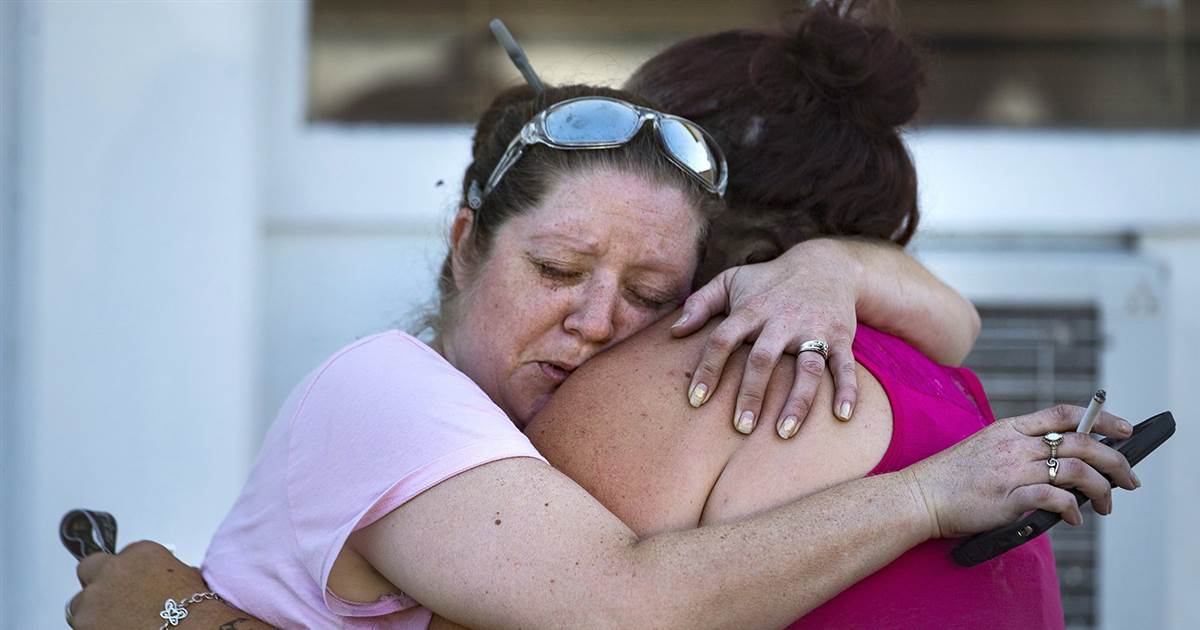 The gunman crossed the street and started firing a Ruger AR rifle at the church, said Freeman Martin, a regional director of the Texas Department of Safety, then continued firing after entering the white wood-frame building, where an 11 a.m. service was scheduled. As he left, the shooter was confronted by an armed resident who "grabbed his rifle and engaged that suspect," Martin said. A short time later, the suspect was found dead in his vehicle at the county line. Several weapons were found inside the vehicle and Martin said it was unclear if the attacker died of a self-inflicted wound or if he was shot by the resident who confronted him. He said investigators weren't ready to discuss a possible motive. Martin said 23 of the dead were found in the church, two were found outside and one died after being taken to a hospital. 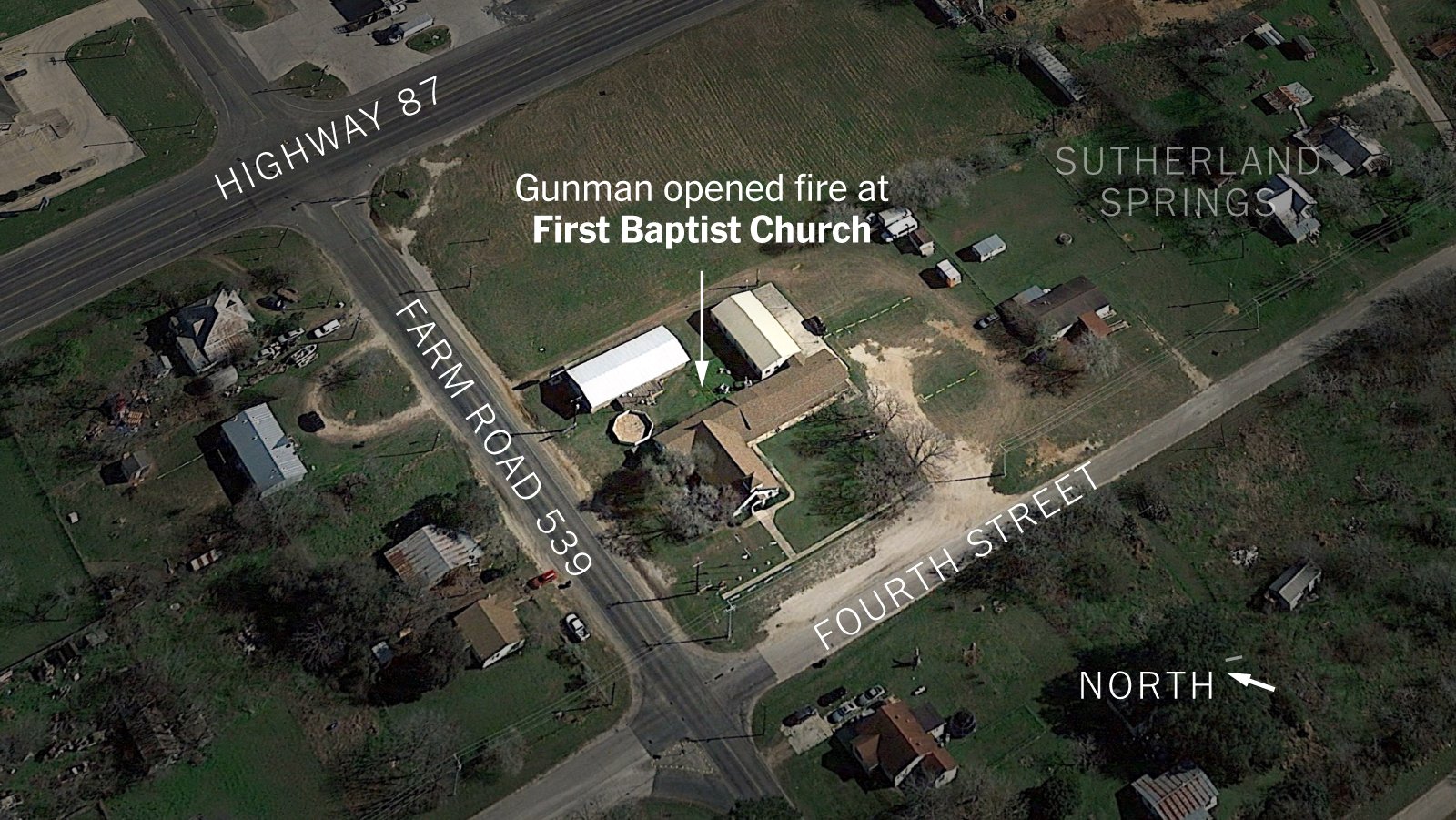 Addressing the news conference, Governor Greg Abbott called the attack the worst mass shooting in Texas history. "There are no words to describe the pure evil that we witnessed in Sutherland Springs today," Abbott said. "Our hearts are heavy at the anguish in this small town, but in time of tragedy, we see the very best of Texas. May God comfort those who've lost a loved one, and may God heal the hurt in our communities." 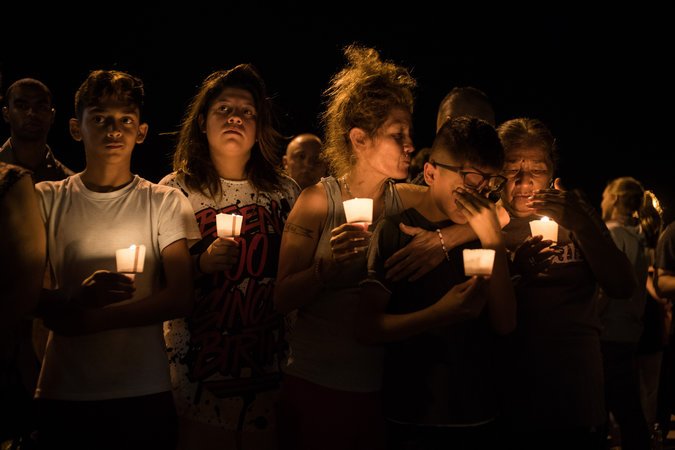 Among those killed was the church pastor's 14-year-old daughter, Annabelle Pomeroy. Pastor Frank Pomeroy, and his wife, Sherri, were both out of town in two different states when the attack occurred, Sherri Pomeroy wrote in a text message to the AP. "We lost our 14-year-old daughter today and many friends," she wrote. "Neither of us has made it back into town yet to personally see the devastation. I am at the charlotte airport trying to get home as soon as i can." 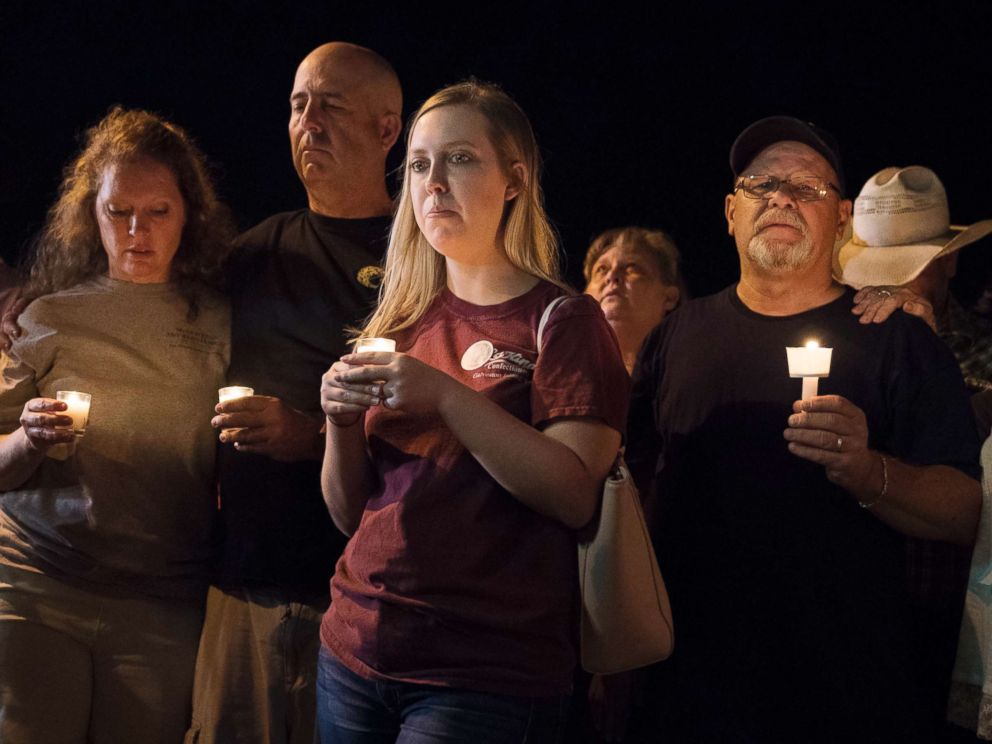 Federal law enforcement swarmed the small rural community of a few hundred residents 30 miles southeast of San Antonio after the attack, including ATF investigators and members of the FBI's evidence collection team. At least 16 wounded were taken to hospitals, hospital officials said, including eight taken by medical helicopter to the Brooke Army Medical Center. Another eight victims were taken to Connally Memorial Medical Center, located in Floresville about 10 miles from the church, including four who were later transferred to University Hospital in San Antonio for higher-level care, said spokeswoman Megan Posey. 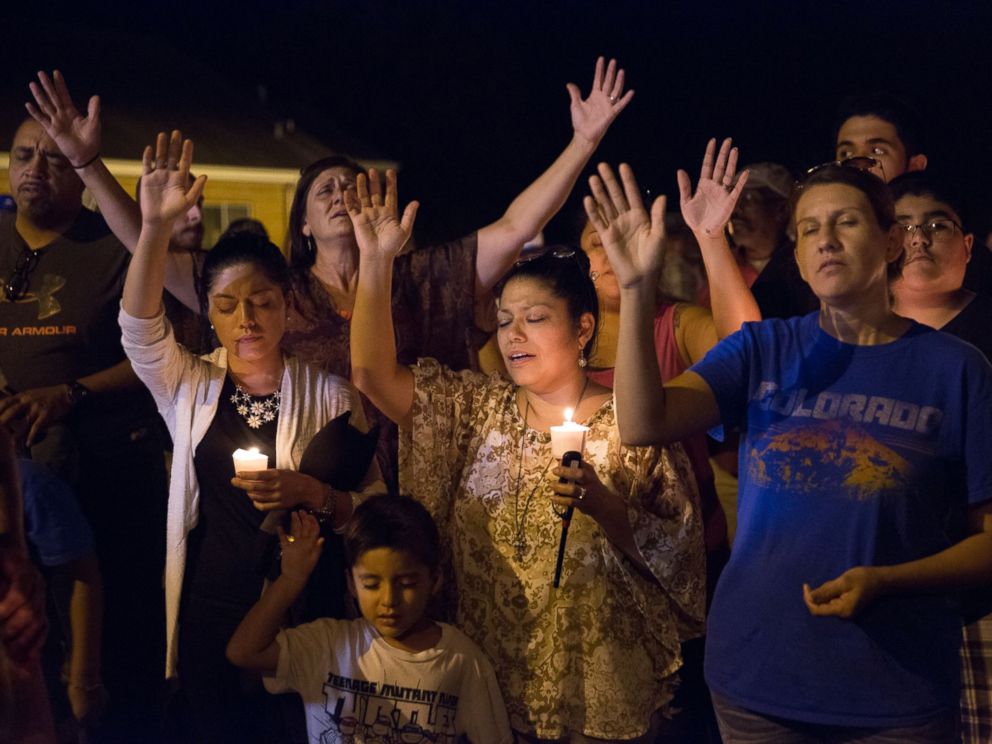 Hunter Green, 16, normally attends the church with his girlfriend but they skipped Sunday after a late date night. Attending a candlelight vigil hours later, he described the building as having only small exits on the side and in the back that would have made it very difficult to flee a shooter entering the front door.