Supervolcano Under Yellowstone National Park - Danger in the Making?

Beneath Yellowstone National Park lies a supervolcano, a behemoth far more powerful than your average volcano. It has the ability to expel more than 1,000 cubic kilometers of rock and ash at once — 2,500 times more material than erupted from Mount St. Helens in 1980, which killed 57 people. That could blanket most of the United States in a thick layer of ash and even plunge the Earth into a volcanic winter. 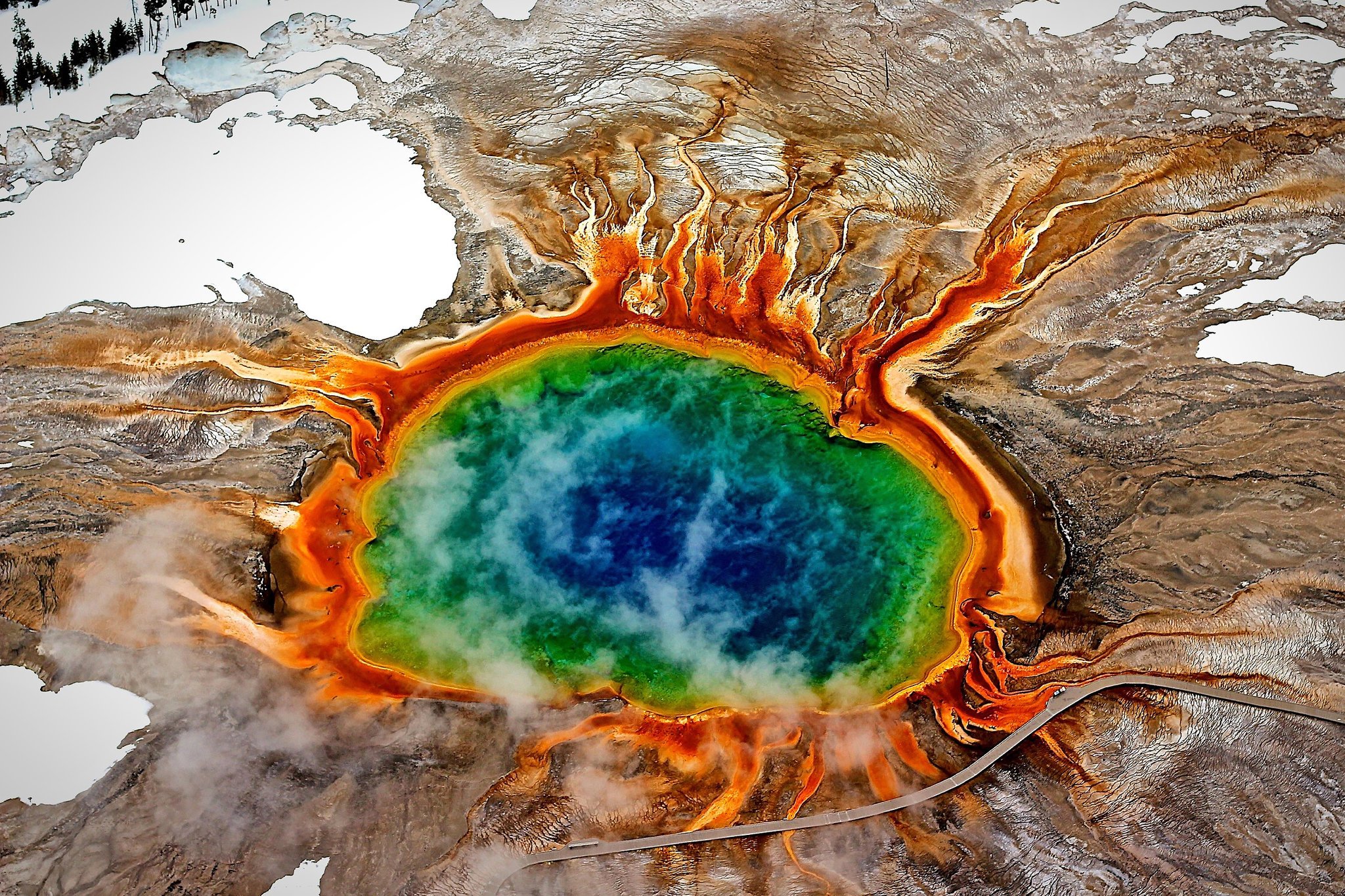 Yellowstone’s last supereruption occurred 631,000 years ago. And it’s not the planet’s only buried supervolcano. Scientists suspect that a supereruption scars the planet every 100,000 years, causing many to ask when we can next expect such an explosive planet-changing event. 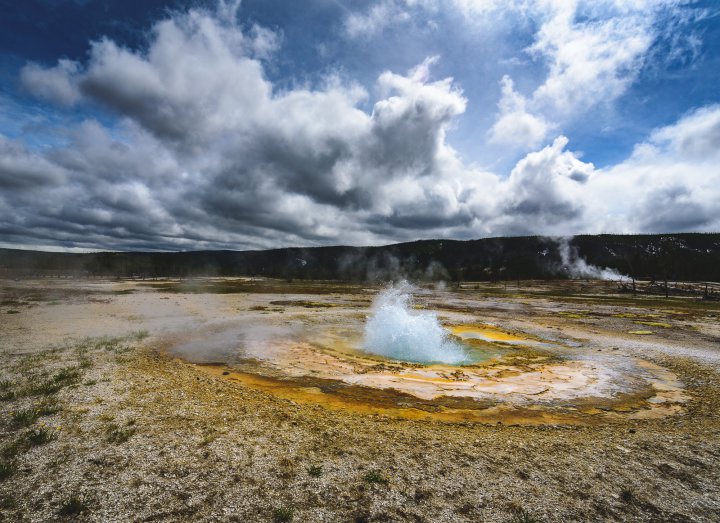 Magmatic Heat From the Volcano Underneath Yellow Springs in

To answer that question, scientists are seeking lessons from Yellowstone’s past. And the results have been surprising. They show that the forces that drive these rare and violent events can move much more rapidly than volcanologists previously anticipated. The early evidence, presented at a recent volcanology conference, shows that Yellowstone’s most recent supereruption was sparked when new magma moved into the system only decades before the eruption. Previous estimates assumed that the geological process that led to the event took millenniums to occur. To reach that conclusion, Hannah Shamloo, a graduate student at Arizona State University, and her colleagues spent weeks at Yellowstone’s Lava Creek Tuff — a fossilized ash deposit from its last supereruption. There, they hauled rocks under the heat of the sun to gather samples, occasionally suspending their work when a bison or a bear roamed nearby. 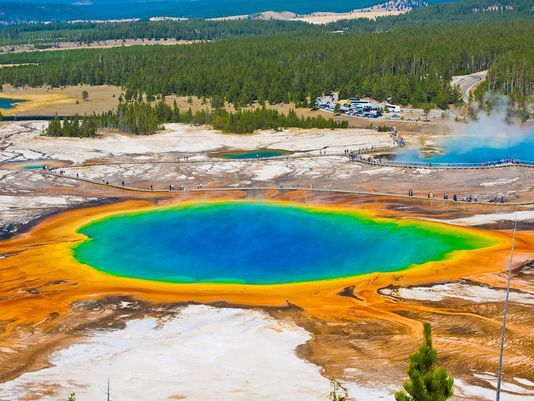 Ms. Shamloo later analyzed trace crystals in the volcanic leftovers, allowing her to pin down changes before the supervolcano’s eruption. Each crystal once resided within the vast, seething ocean of magma deep underground. As the crystals grew outward, layer upon layer, they recorded changes in temperature, pressure and water content beneath the volcano, much like a set of tree rings. “We expected that there might be processes happening over thousands of years preceding the eruption,” said Christy Till, a geologist at Arizona State, and Ms. Shamloo’s dissertation adviser. Instead, the outer rims of the crystals revealed a clear uptick in temperature and a change in composition that occurred on a rapid time scale. That could mean the supereruption transpired only decades after an injection of fresh magma beneath the volcano. 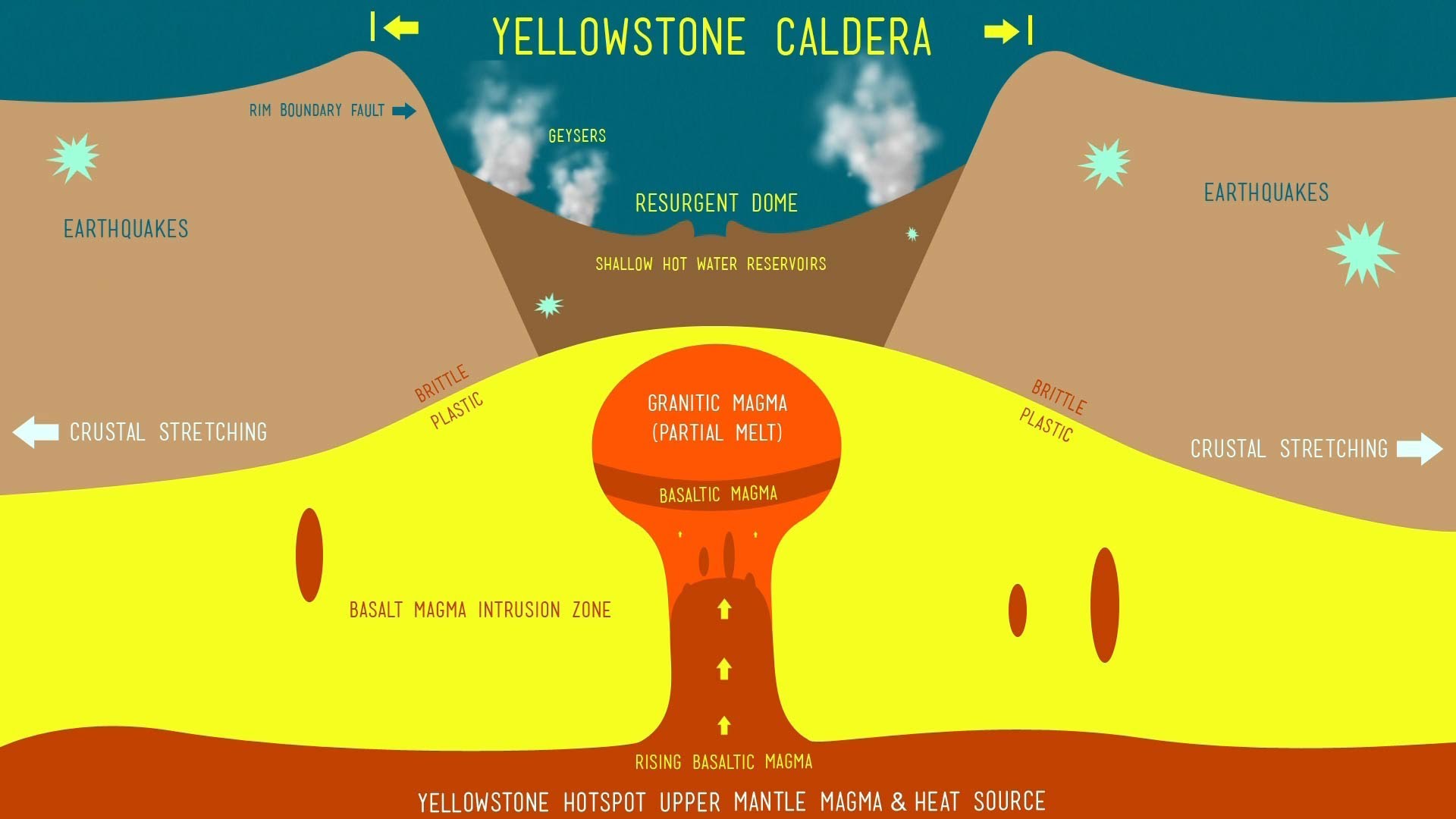 The time scale is the blink of an eye, geologically speaking. It’s even shorter than a previous study that found that another ancient supervolcano beneath California’s Long Valley caldera awoke hundreds of years before its eruption. As such, scientists are just now starting to realize that the conditions that lead to supereruptions might emerge within a human lifetime. 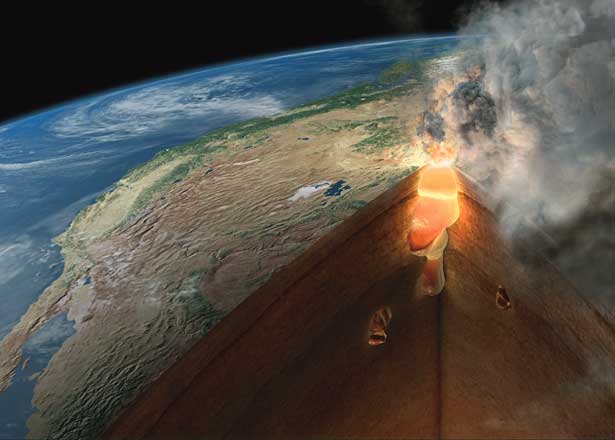 “It’s shocking how little time is required to take a volcanic system from being quiet and sitting there to the edge of an eruption,” said Ms. Shamloo, though she warned that there’s more work to do before scientists can verify a precise time scale. Kari Cooper, a geochemist at the University of California, Davis who was not involved in the research, said Ms. Shamloo and Dr. Till’s research offered more insights into the time frames of supereruptions, although she is not yet convinced that scientists can pin down the precise trigger of the last Yellowstone event. 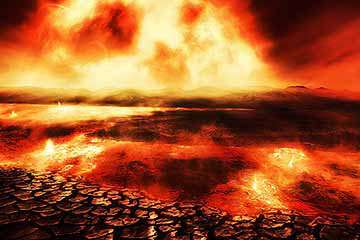 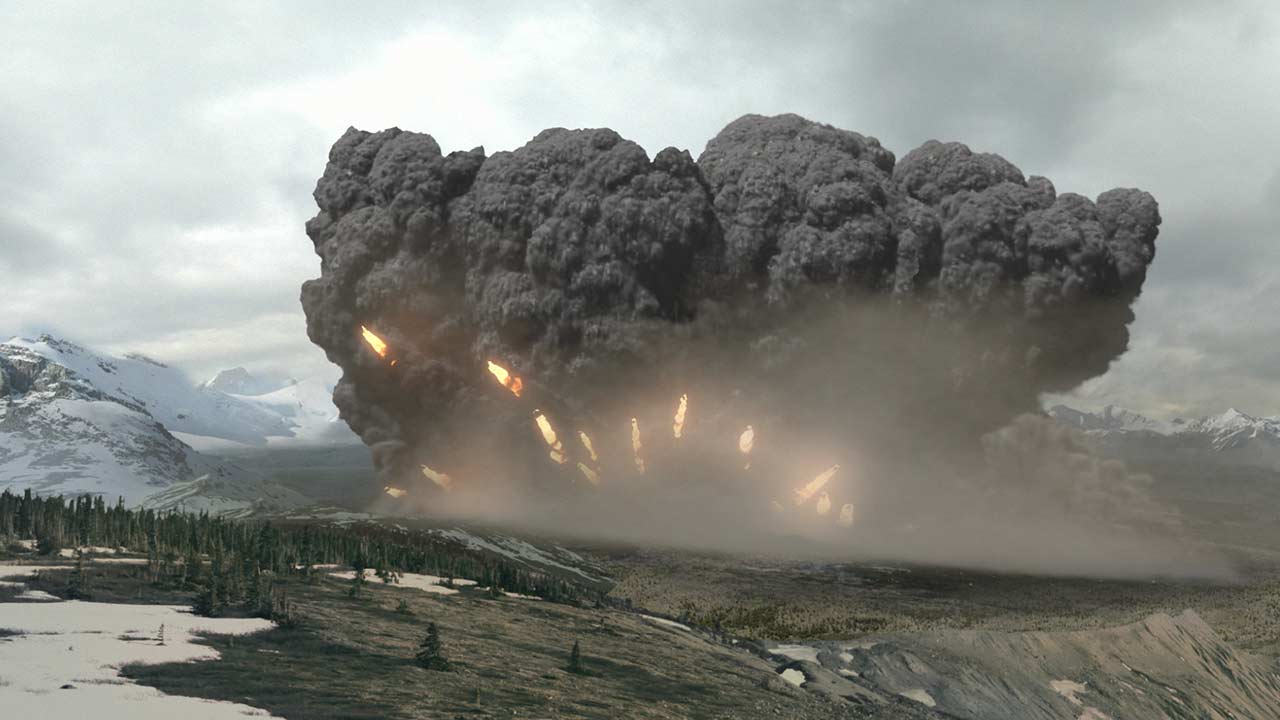 As the research advances, scientists hope they will be able to spot future supereruptions in the making. The odds of Yellowstone, or any other supervolcano, erupting anytime soon are small.

Understanding the largest eruptions can only help scientists better understand, and therefore forecast, the entire spectrum of volcanic eruptions — something that Dr. Cooper thinks will be possible in a matter of decades.

There are around 20 known supervolcanoes on Earth, with major eruptions occurring on average once every 100,000 years. One of the greatest threats an eruption may pose is thought to be starvation, with a prolonged volcanic winter potentially prohibiting civilisation from having enough food for the current population. In 2012, the United Nations estimated that food reserves worldwide would last 74 days. 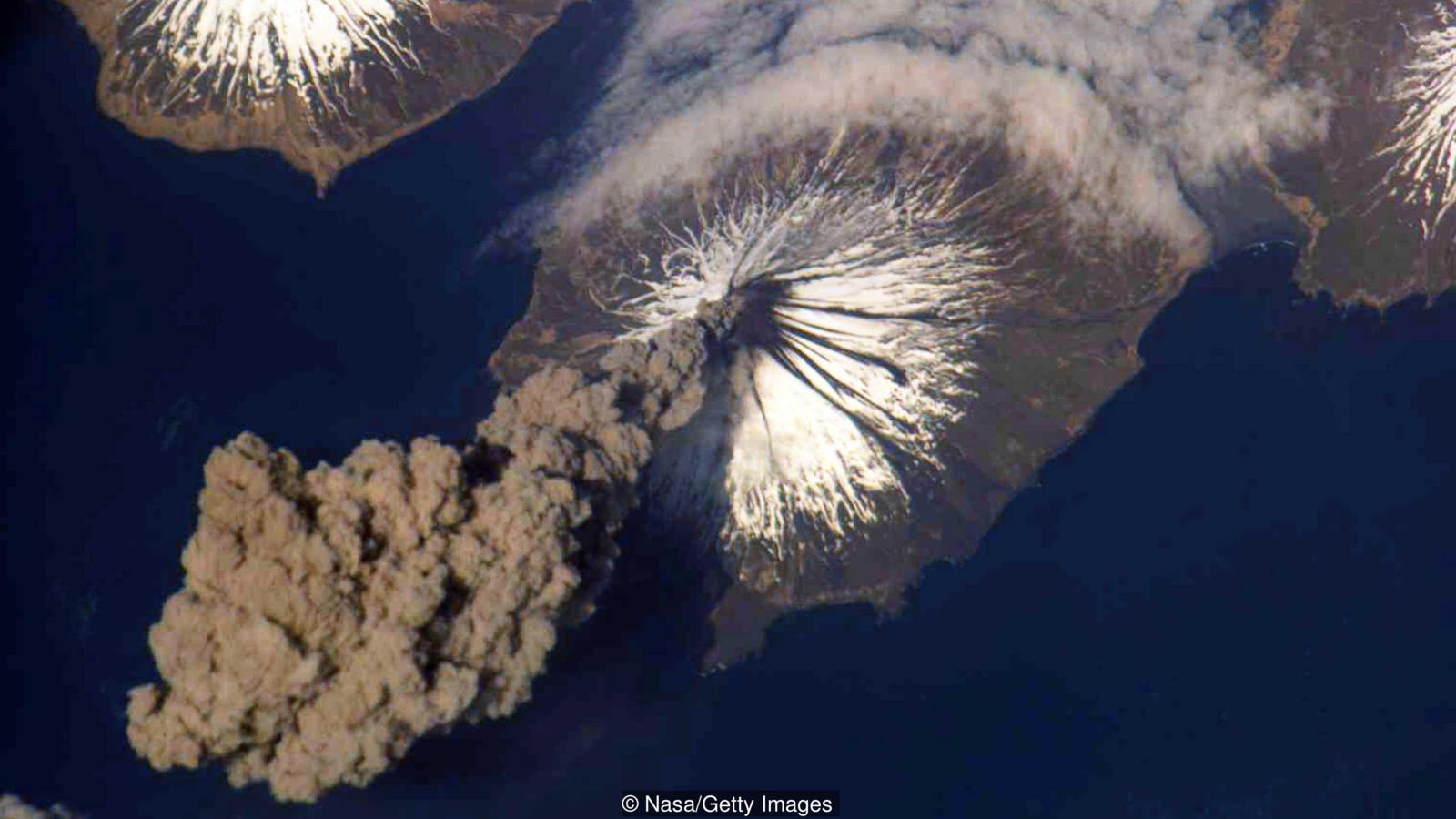 When Nasa scientists came to consider the problem, they found that the most logical solution could simply be to cool a supervolcano down. A volcano the size of Yellowstone is essentially a gigantic heat generator, equivalent to six industrial power plants. Yellowstone currently leaks about 60-70% of the heat coming up from below into the atmosphere, via water which seeps into the magma chamber through cracks. The remainder builds up inside the magma, enabling it to dissolve more and more volatile gases and surrounding rocks. Once this heat reaches a certain threshold, then an explosive eruption is inevitable.

I came to the conclusion that the supervolcano threat is substantially greater than the asteroid or comet threat – Brian Wilcox, Nasa But if more of the heat could be extracted, then the supervolcano would never erupt. Nasa estimates that if a 35% increase in heat transfer could be achieved from its magma chamber, Yellowstone would no longer pose a threat. The only question is how? One possibility is to simply increase the amount of water in the supervolcano. But from a practical perspective, it would likely be impossible to convince politicians to sanction such an initiative. “Building a big aqueduct uphill into a mountainous region would be both costly and difficult, and people don’t want their water spent that way,” Wilcox says. “People are desperate for water all over the world and so a major infrastructure project, where the only way the water is used is to cool down a supervolcano, would be very controversial.” 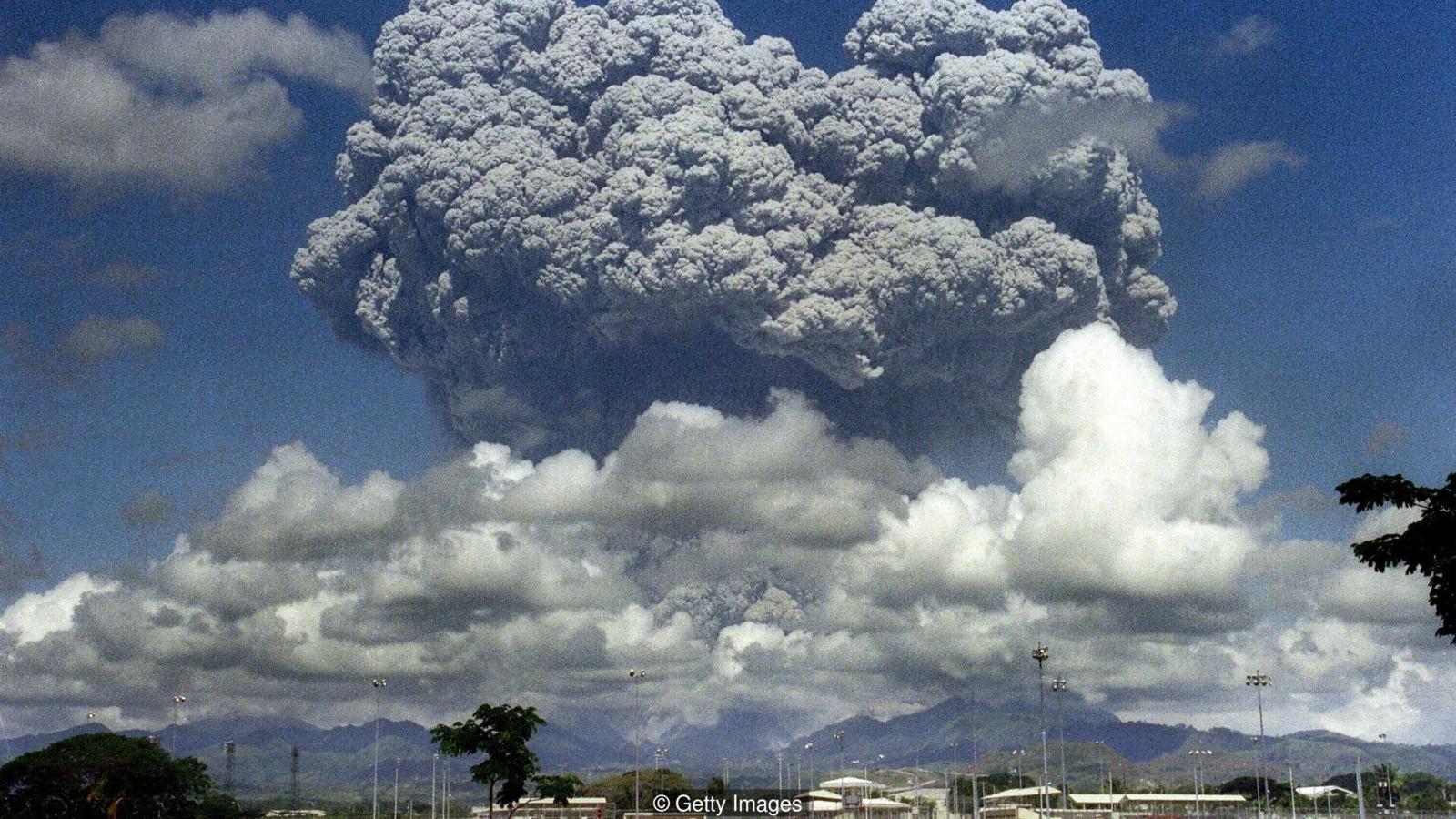 If a Supervolcano Erupts, it will be Many

Instead Nasa have conceived a very different plan. They believe the most viable solution could be to drill up to 10km down into the supervolcano, and pump down water at high pressure. The circulating water would return at a temperature of around 350C (662F), thus slowly day by day extracting heat from the volcano. And while such a project would come at an estimated cost of around $3.46bn (£2.69bn), it comes with an enticing catch which could convince politicians to make the investment. “Yellowstone currently leaks around 6GW in heat,” Wilcox says. “Through drilling in this way, it could be used to create a geothermal plant, which generates electric power at extremely competitive prices of around $0.10/kWh. You would have to give the geothermal companies incentives to drill somewhat deeper and use hotter water than they usually would, but you would pay back your initial investment, and get electricity which can power the surrounding area for a period of potentially tens of thousands of years. And the long-term benefit is that you prevent a future supervolcano eruption which would devastate humanity.” But drilling into a supervolcano does not come without certain risks. Namely triggering the eruption you’re intending to prevent. “The most important thing with this is to do no harm,” Wilcox says. “If you drill into the top of the magma chamber and try and cool it from there, this would be very risky. This could make the cap over the magma chamber more brittle and prone to fracture. And you might trigger the release of harmful volatile gases in the magma at the top of the chamber which would otherwise not be released.” 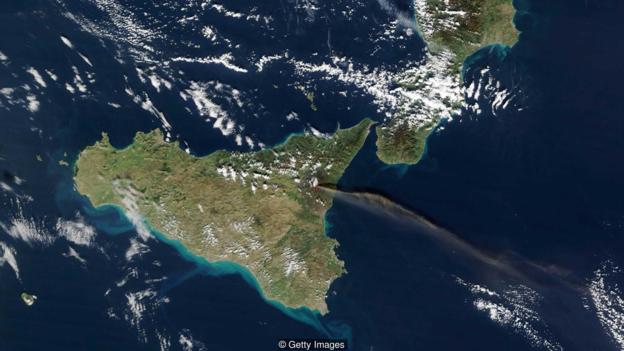 Further North Near Naples is the Supervolcano Campi Flegrei

Instead, the idea is to drill in from the supervolcano from the lower sides, starting outside the boundaries of Yellowstone National Park, and extracting the heat from the underside of the magma chamber. “This way you’re preventing the heat coming up from below from ever reaching the top of the chamber which is where the real threat arises,” Wilcox says. 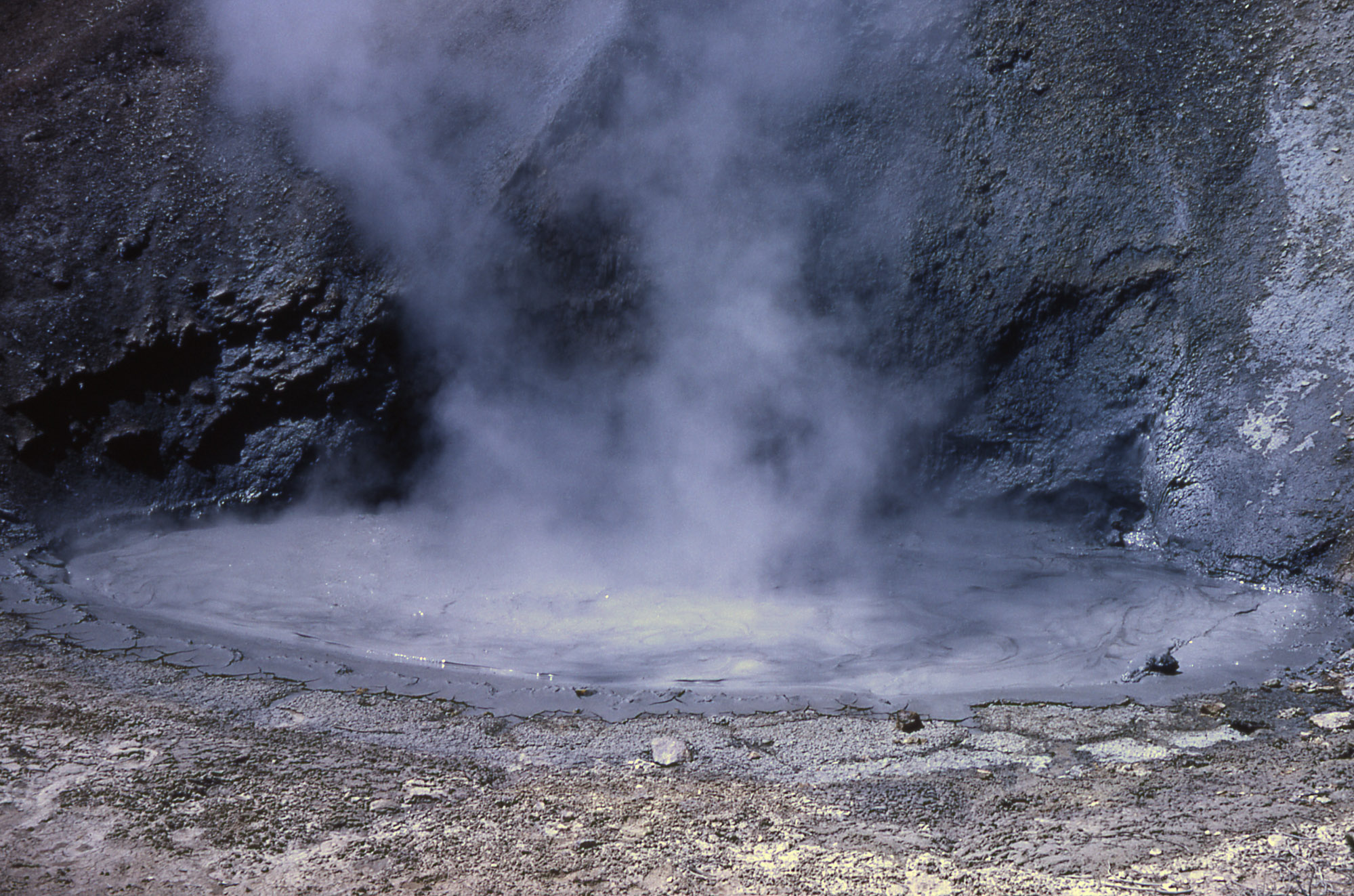 However those who instigate such a project will never see it to completion, or even have an idea whether it might be successful within their lifetime. Cooling Yellowstone in this manner would happen at a rate of one metre a year, taking of the order of tens of thousands of years until just cold rock was left. Although Yellowstone’s magma chamber would not need to be frozen solid to reach the point where it no longer posed a threat, there would be no guarantee that the endeavour would ultimately be successful for at least hundreds and possibly thousands of years. But to prevent a catastrophe, such long-term thinking and planning may be the only choice. “With a project like this, you’d start the process and the main ongoing benefit you’d see in everyday terms is this new supply of electrical power,” Wilcox says. 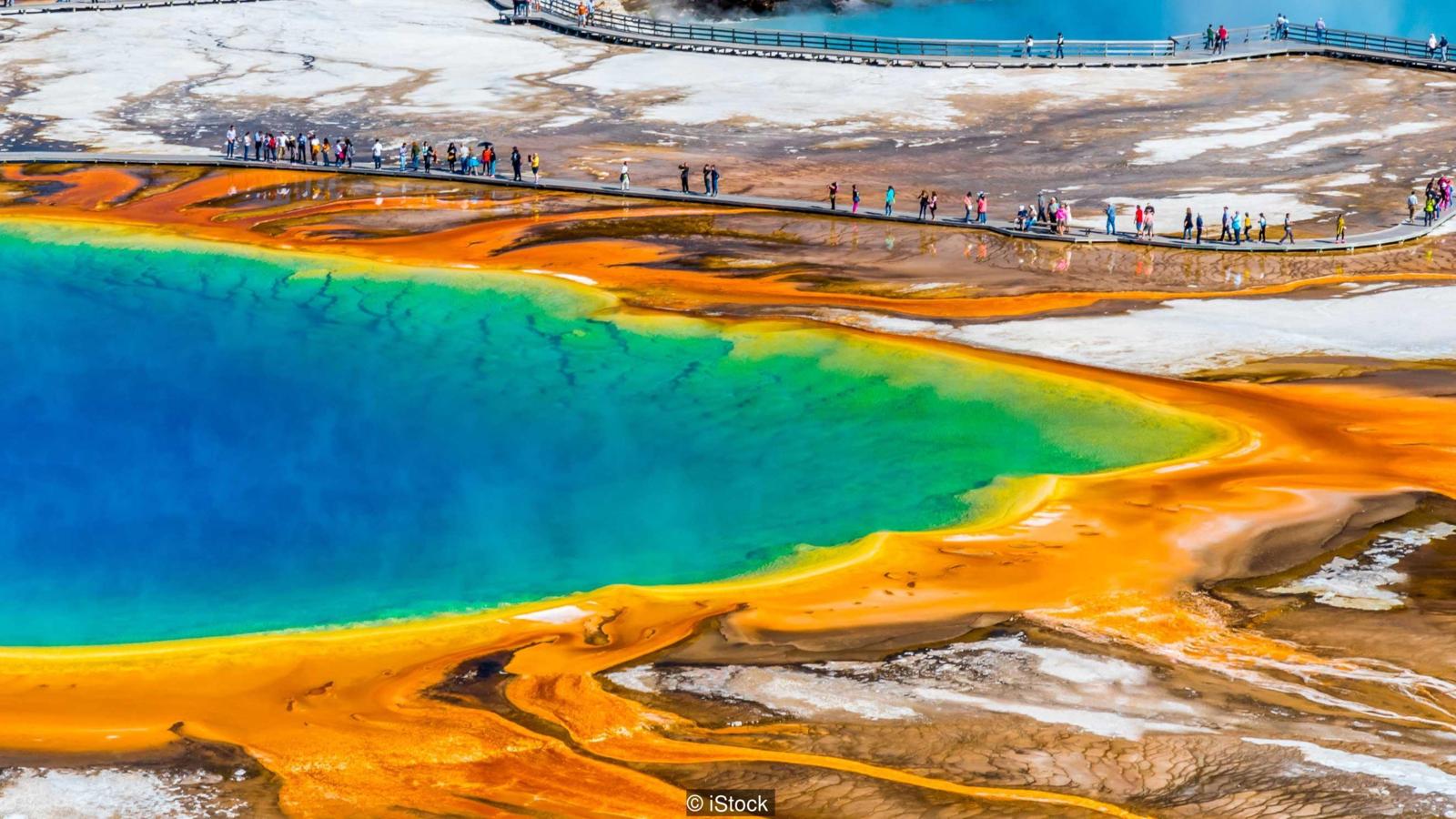 Such a plan could be potentially applied to every active supervolcano on the planet, and Nasa’s scientists are hoping that their blueprints will encourage more practical scientific discussion and debate for tackling the threat. “When people first considered the idea of defending the Earth from an asteroid impact, they reacted in a similar way to the supervolcano threat,” Wilcox says. “People thought, ‘As puny as we are, how can humans possibly prevent an asteroid from hitting the Earth.’ Well, it turns out if you engineer something which pushes very slightly for a very long time, you can make the asteroid miss the Earth. So the problem turns out to be easier than people think. In both cases it requires the scientific community to invest brain power and you have to start early. But Yellowstone explodes roughly every 600,000 years, and it is about 600,000 years since it last exploded, which should cause us to sit up and take notice.”