As painstaking attempts to reach survivors in quake-ravaged buildings across Mexico City stretched into a third day, desperation mounted among loved ones who earlier had high hopes for quick rescues and some complained they were being kept in the dark about search efforts. 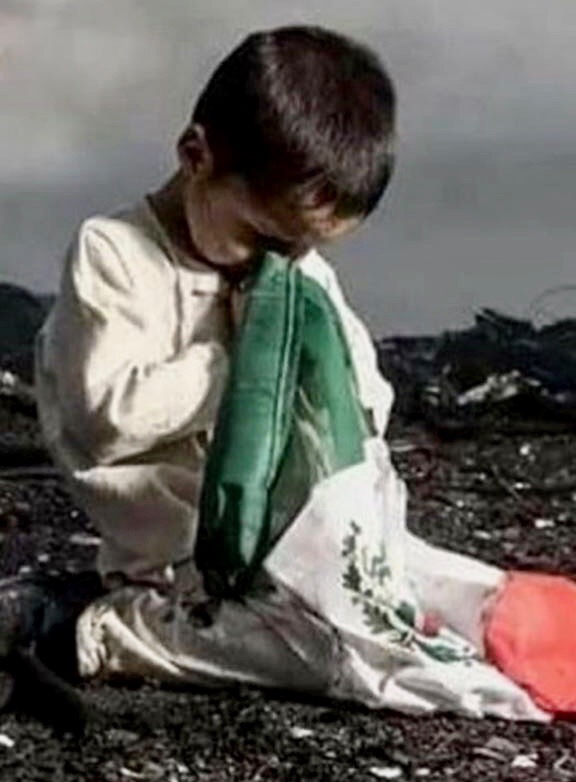 And what many had clung to as the unlikely triumph of life over death was revealed to be a case of some very high-profile misinformation: A top navy official announced there were no missing children at a collapsed Mexico City school where the purported plight of a girl trapped alive in the rubble had captivated people across the nation and abroad. 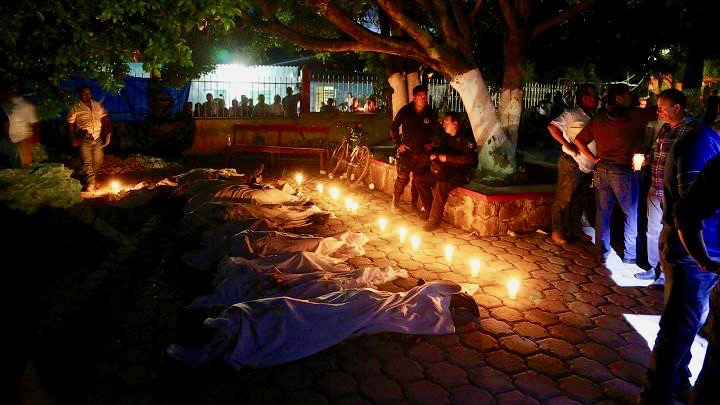 President Enrique Pena Nieto’s office raised the death toll from Tuesday’s magnitude 7.1 earthquake to 273, including 137 in the capital. In a statement, it said there were also 73 deaths in Morelos state, 43 in Puebla, 13 in the State of Mexico, six in Guerrero and one in Oaxaca. 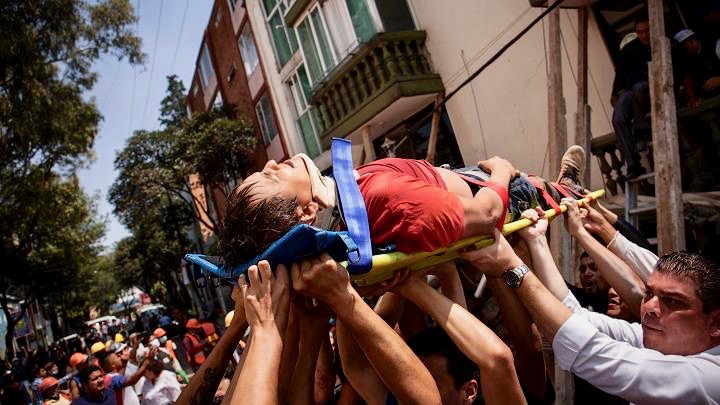 More than 2,000 were injured and more than 50 people rescued in Mexico City alone, including two women and a man pulled alive from the wreckage of a building in the city’s center.  Still, frustration was growing as the rescue effort stretched into Day 3. Outside a collapsed office building in the trendy Roma Norte district, a list of those rescued was strung between two trees. Relatives of the missing compared it against their own list of those who were in the building when the quake struck — more than two dozen names — kept in a spiral notebook.

Maria del Carmen Fernandez’s 27-year-old nephew, Ivan Colin Fernandez, worked as an accountant in the seven-story building, which pancaked to the ground taking part of the building next door with it. She said the last time the family got an update was late yesterday, when officials said about 14 people were believed to be alive inside. 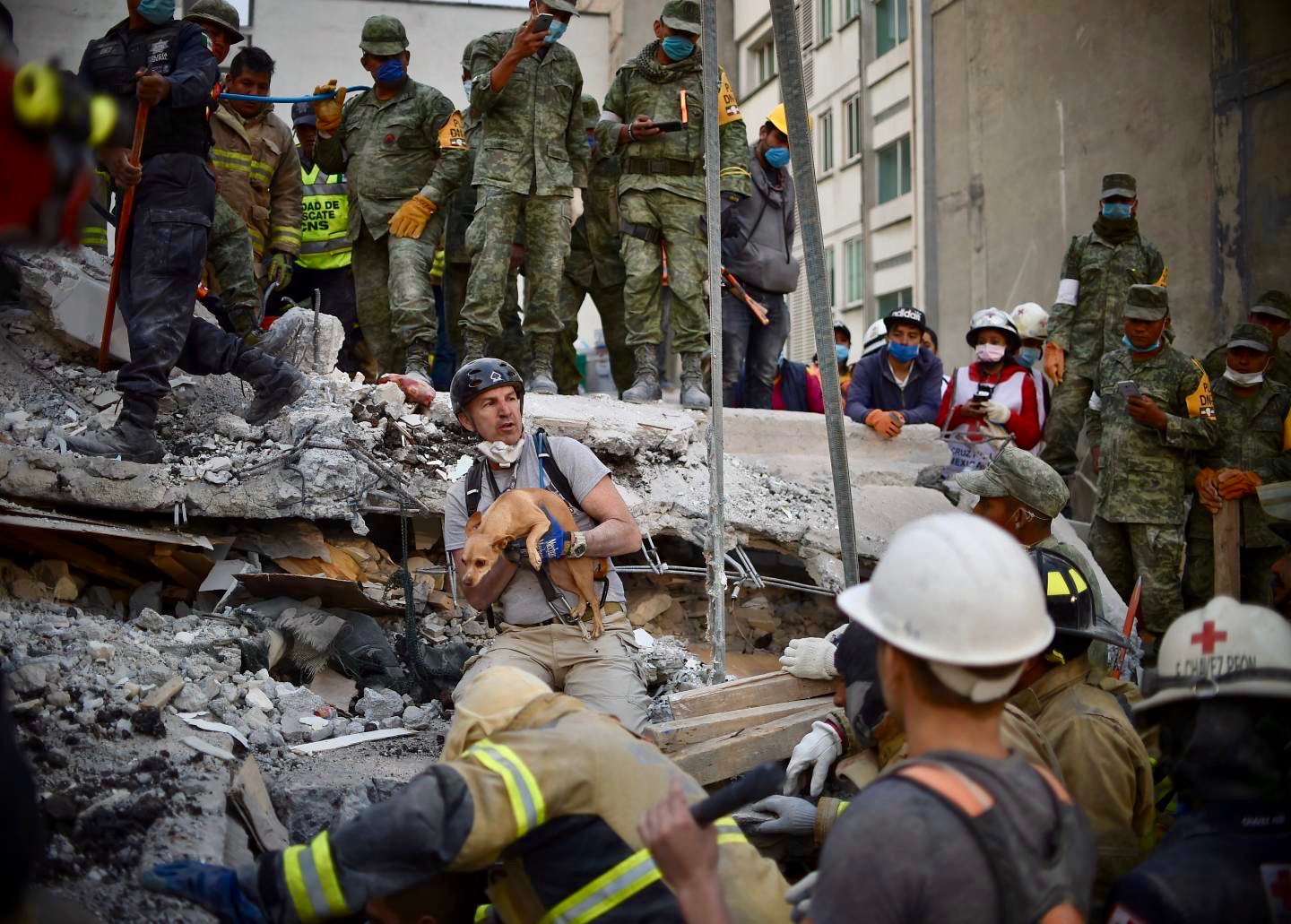 Three people have been rescued from the building since the quake. “They should keep us informed,” Fernandez said as her sister, the man’s mother, wept into her black fleece sweater. “Because I think what kills us most is the desperation of not knowing anything.” 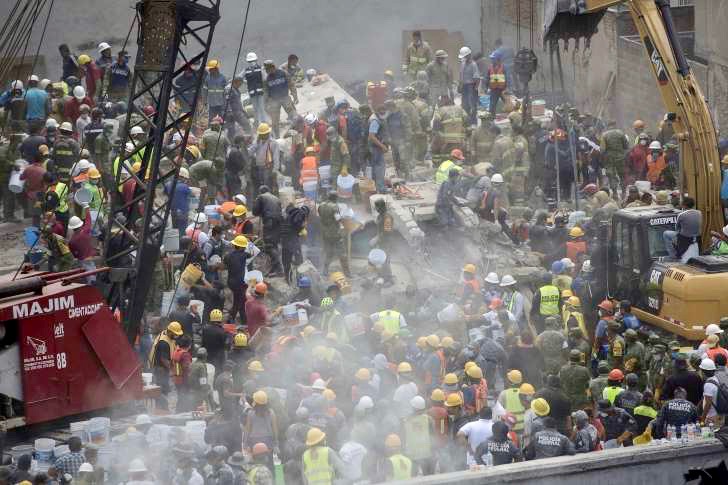 Referring to rumors that authorities intend to bring in heavy machinery that could risk bringing buildings down on anyone still alive inside, Fernandez said: “That seems unjust to us because there are still people alive inside and that’s not OK.” “I think they should wait until they take the last one out,” she said. Seeking to dispel the rumors, National Civil Protection chief Luis Felipe Puente tweeted that heavy machinery “is NOT being used” in search-and-rescue efforts. “The #Search and Rescue is not being suspended anywhere it is believed that trapped people exist,” Puente said in a separate tweet.

Since the eyes of the nation had been focused on the Enrique Rebsamen school in southern Mexico City, where rescuers told reporters a girl, identified only as Frida Sofia, had signaled she was alive deep in the rubble by wiggling her fingers in response to rescuers’ shouts. 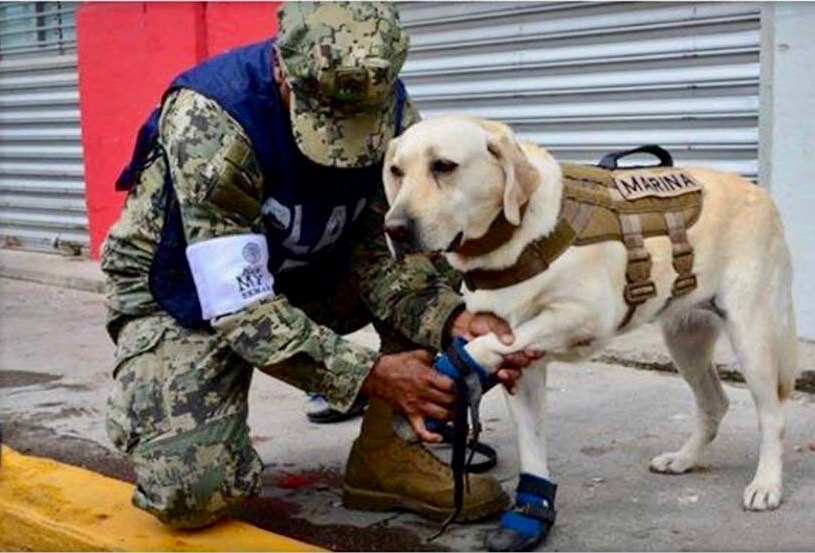 Numerous rescuers at the school site spoke of the girl, with some saying she had reported several other children alive in the same space, and the child became a symbol of hope amid a disaster that has shocked the country. But with TV cameras and journalists kept a block away from the precarious site, the only images broadcast live around-the-clock of the purported rescue showed long-distance shots of rescuers digging and no images of a child. As the rescue effort continued no family members came forward to identify the girl, and some officials had begun to say the identity of the person trapped in the rubble was not clear. 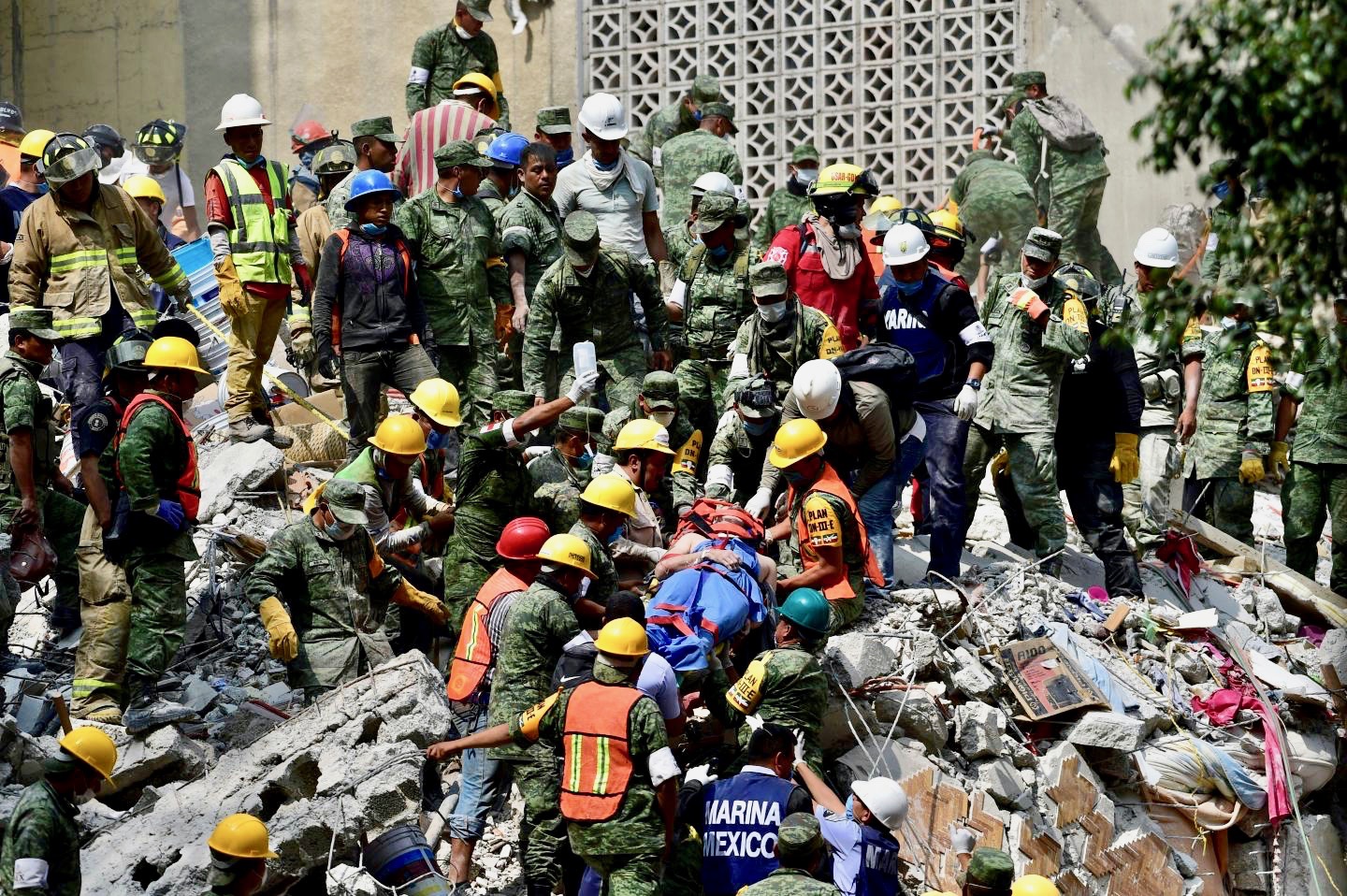 Then,  Navy Assistant Secretary Enrique Sarmiento announced that while there were blood traces and other signs suggesting someone could be alive beneath the school, all its children had been accounted for. “We have done an accounting with school officials and we are certain that all the children either died, unfortunately, are in hospitals or are safe at their homes,” Sarmiento said. He said 11 children had been rescued and 19 had died, along with six adults, including a school employee whose body was recovered about 5 a.m. Thursday. “We want to emphasize that we have no knowledge about the report that emerged with the name of a girl,” Sarmiento added. “We do not believe, we are sure, it was not a reality.” 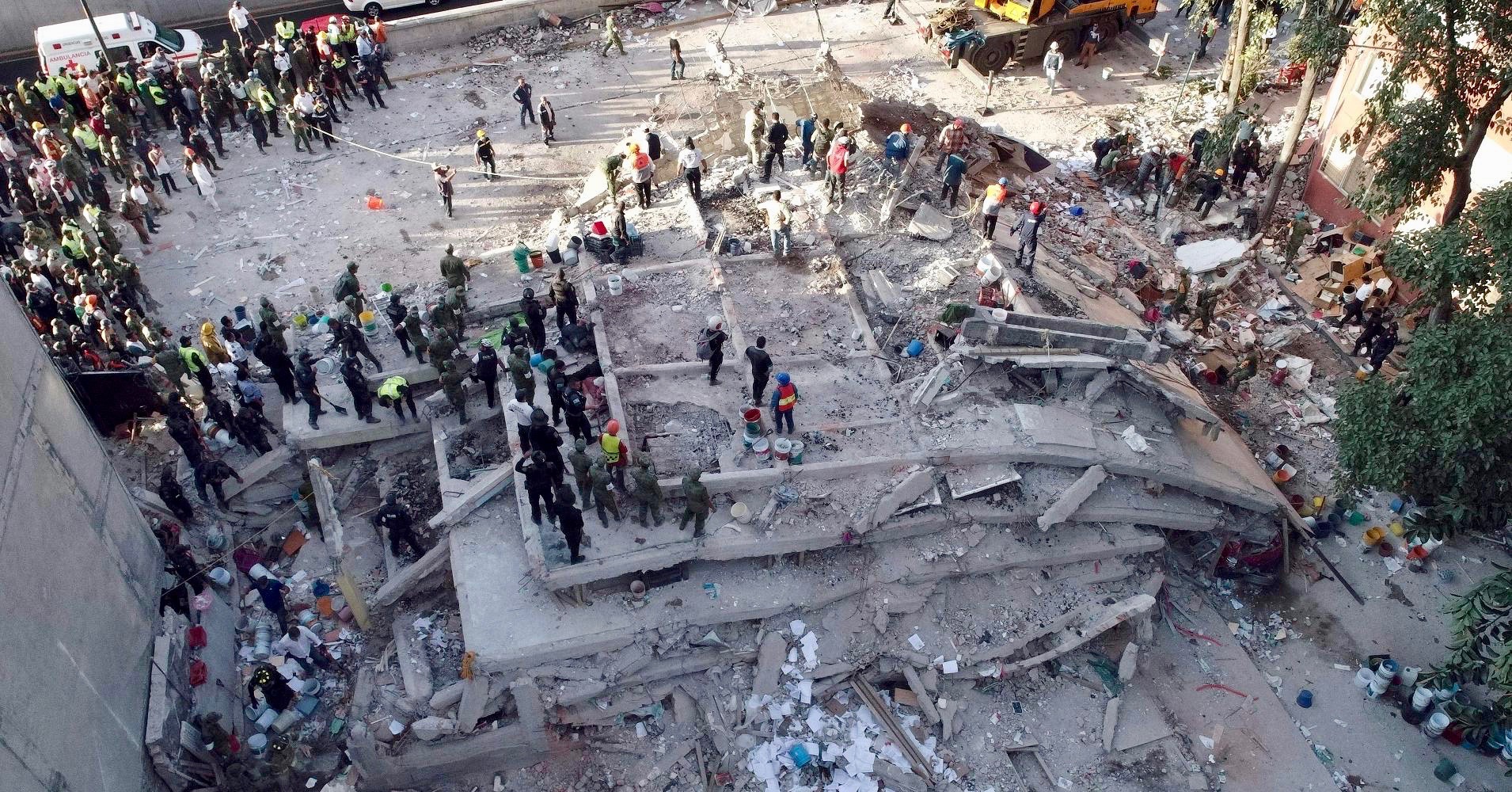 Alfredo Padilla, a volunteer rescuer at the school, downplayed the importance of the revelation that there was no trapped child. “It was a confusion,” Padilla said. “The important thing is there are signs of life and we are working on that.” In the middle of a nearby avenue about 50 people attended a special Mass including aggrieved families and rescuers from the school site. Sobs broke out when the priest spoke the names of the dead, as cars passed by in both directions. The ceremony ended with the release of white balloons that floated toward the heavens. “My brave princess,” one of them read, “we will always love you.” 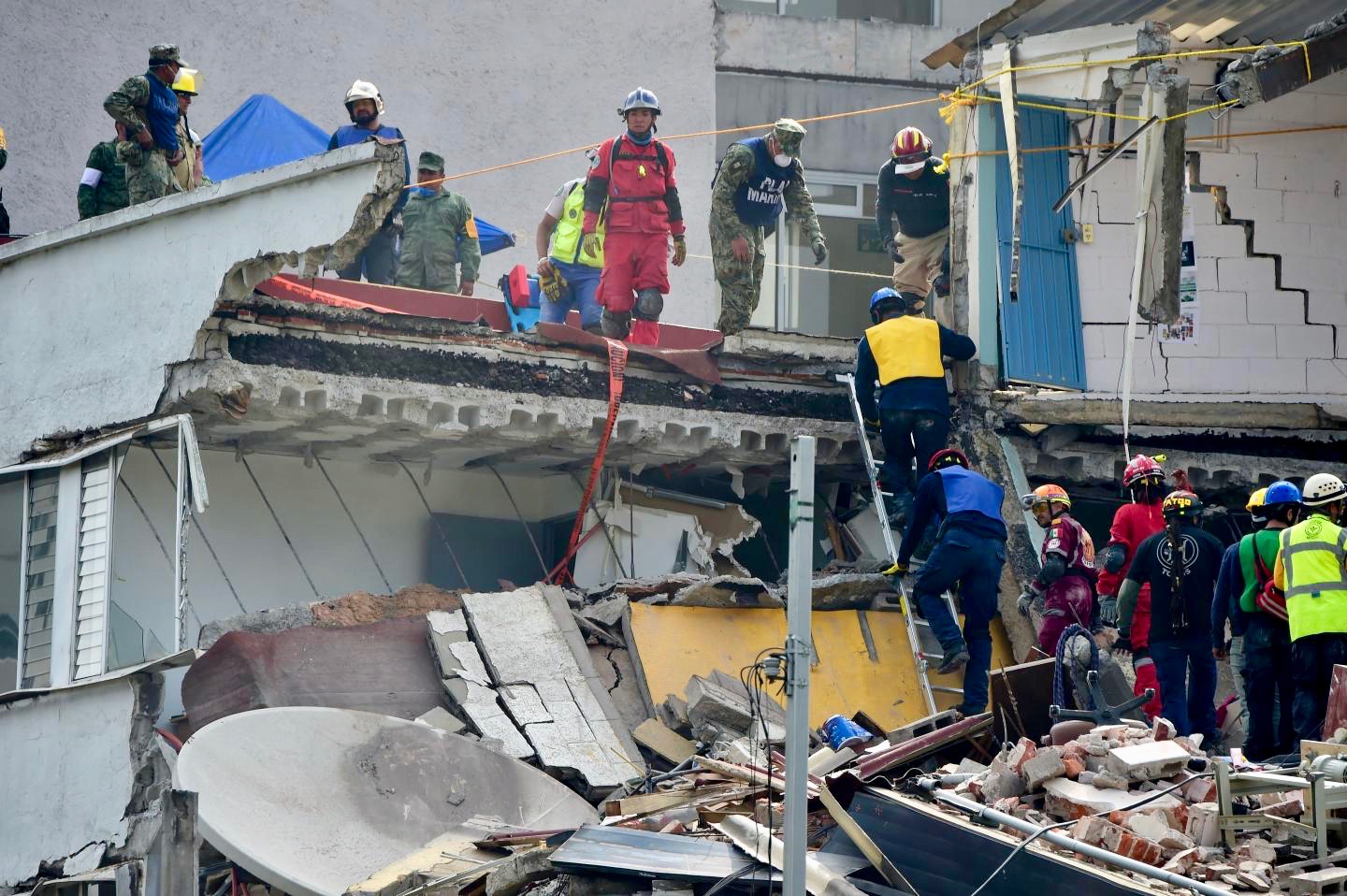 Rescuers removed dirt bucketful by bucketful and passed a scanner over the rubble every hour or so to search for heat signatures that could indicate trapped survivors. Shortly before dawn the pile shuddered ominously, prompting those working atop it to evacuate. “With the shaking there has been, it is very unstable and taking any decision is dangerous,” said Vladimir Navarro, a university employee who was exhausted after working all night. The shaky wreckage was reinforced with massive iron beams, each requiring a dozen or more men to carry and lift into place. Stretchers were brought to the edge of the building, and a large crane was also on site. 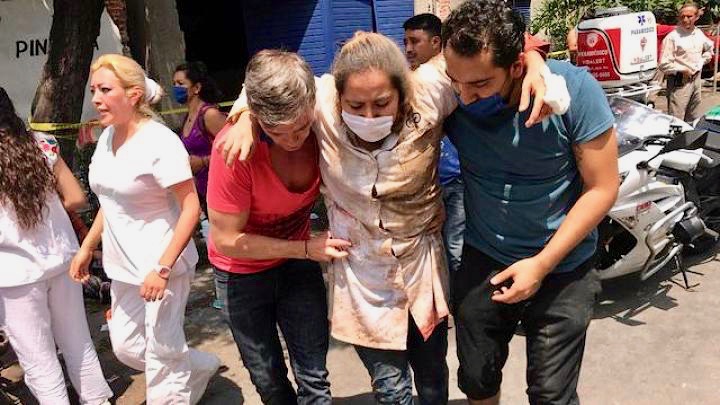 Lourdes Huerta, 10, was on an upper floor of a part of the school that did not collapse and returned to the site Thursday with her mother as the rescue was under way.  When the quake struck, “it was like we were bouncing up and down,” Huerta said, nervously fingering a stuffed animal. “When I left the classroom the whole school was moving and we couldn’t go downstairs, so we went back into the classroom and huddled up against the walls.” She said she was terrified when a wall collapsed, but said if they had tried the stairs “we would have ended up being thrown about.” Her mother, Lourdes Prieto, said the school’s director and many of its teachers were among the injured, complicating efforts to produce a reliable list of students. So parents were organizing among themselves to come up with one. “What we need above all is for a census to be taken of those of us who are alive,” said Prieto, torn between gratitude that her two children had survived and anguish over the missing and the dead.

The World Mourns While Also Offers a Helping Hand in the Rescue of Victims! 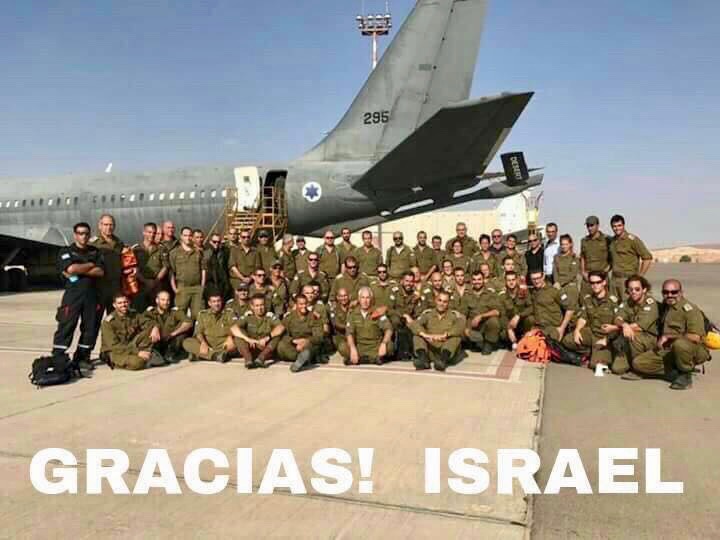 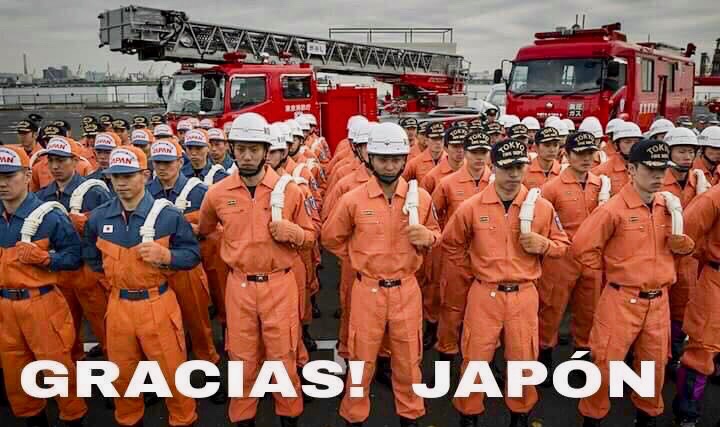 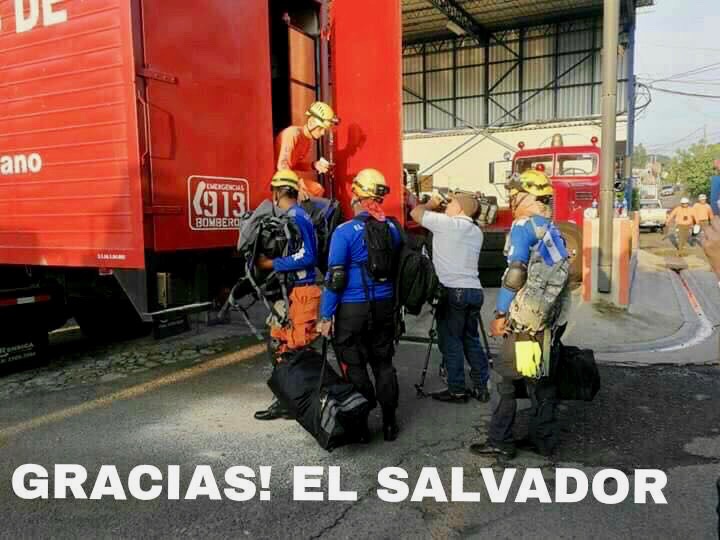 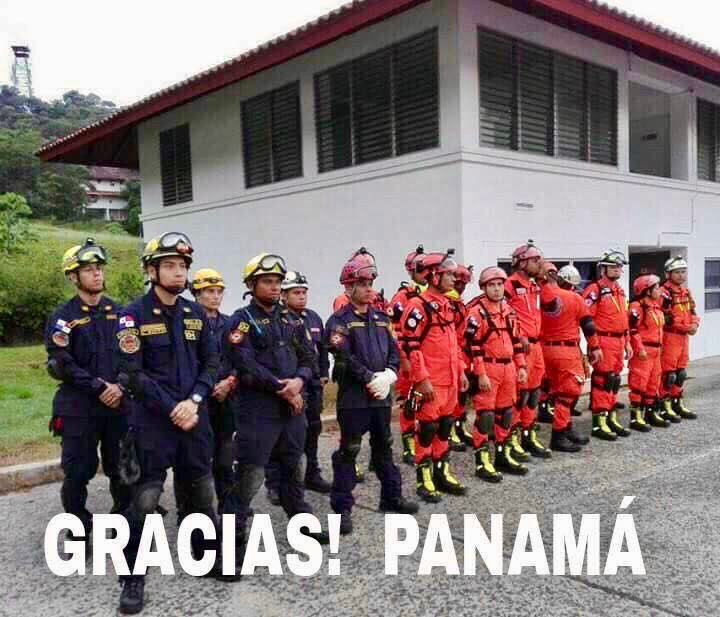 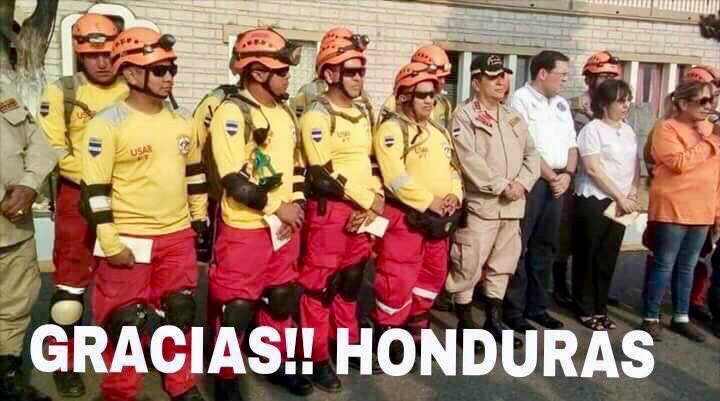 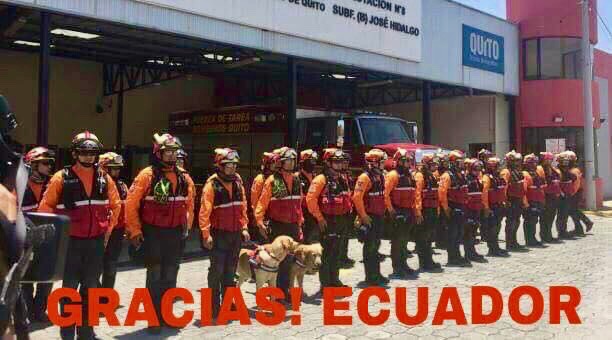 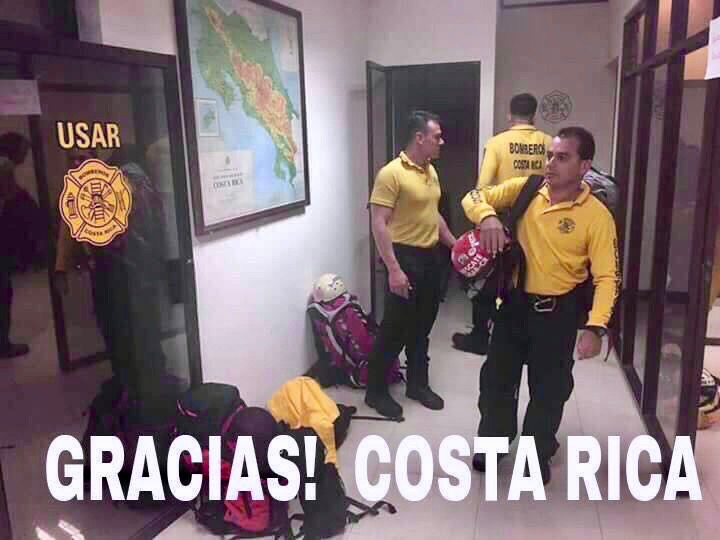