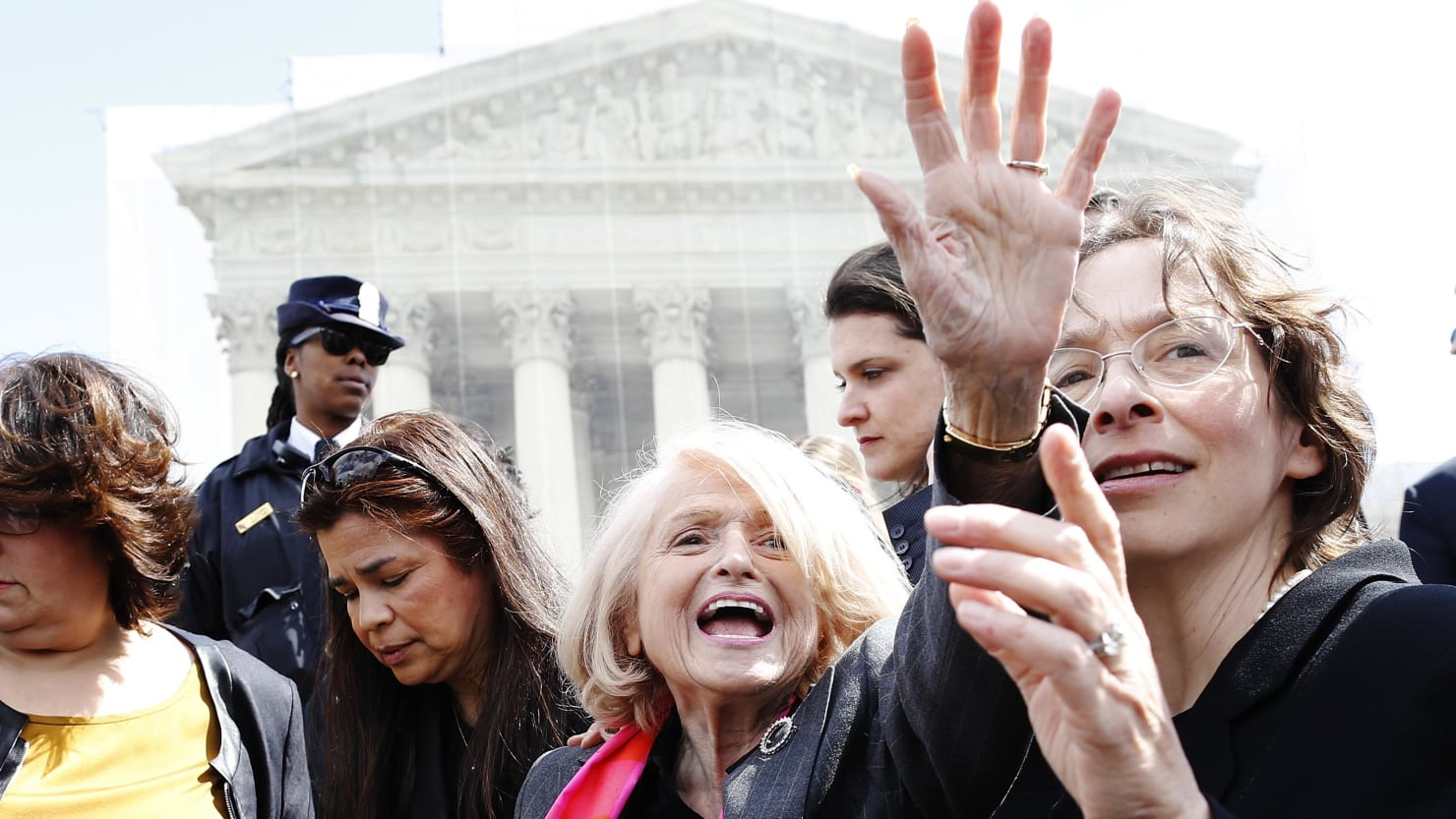 Edie Windsor, who died Tuesday at the ripe old age of 88, was in many ways the face of the LGBT movement. But more than that, she was a reflection of the movement itself, embodying its aspirations, and more than a few of its contradictions. Windsor has gone down in history as the named plaintiff in the 2013 case that struck down the Defense of Marriage Act, Windsor v. U.S. That Supreme Court decision, in refusing to accept a heterosexually limited definition of marriage, paved the way for Obergefell v. Hodges, in which the court said that marriage equality is mandated by the constitution. 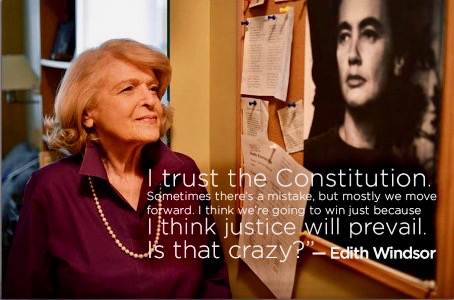 In many ways, Windsor was the perfect plaintiff. Eloquent and beautiful at age 83, Windsor’s story was heartbreaking and compelling: When her wife of over 40 years died after a long bout with multiple sclerosis, the United States government sent her a tax bill for $363,053. Had Windsor’s spouse been male, the tax bill would be zero. 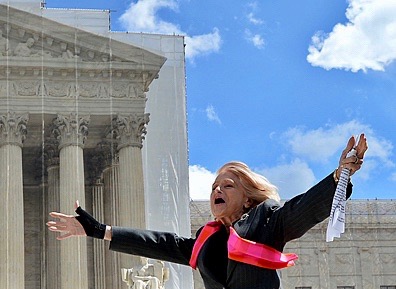 That’s fundamentally unfair. And so even though Windsor’s case was about something as unromantic as a tax benefit (and one applicable only to the wealthiest of families), it was also about that fundamental injustice. As a standard-bearer for marriage equality, Windsor was perfect for the part. 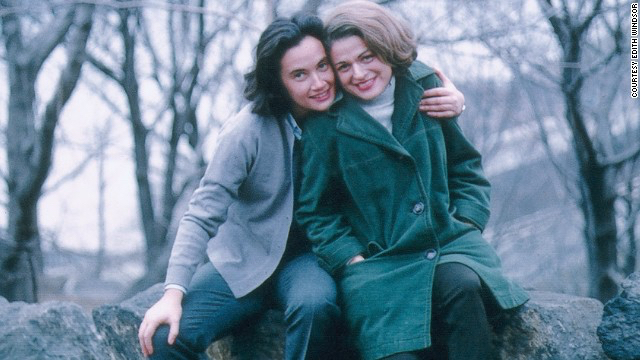 Of course, part of that perfect casting was that Edie Windsor could be mistaken for a sweet old lady. That would be a mistake, however. She was a sharp, articulate, and canny advocate, one who seemed to know exactly what she was doing. And she seemed to be having a great time doing it. I saw Windsor speak several times, and met her once. She seemed well aware of how this unexpected chapter in her life was her chance to make a difference, and to redeem, in a way, the suffering of her wife. This was her shot, so to speak, thanks to a combination of luck, chutzpah, and courage. She wasn’t going to miss it. 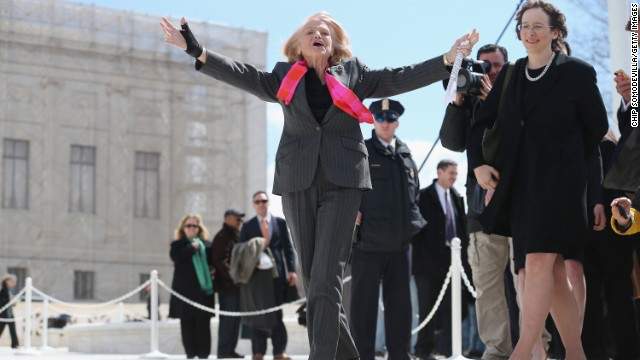 Windsor’s life story reads like the last three minutes of Titanic, when we see how Rose flourished after surviving the wreck. The courageous ending of her marriage of convenience, the career as a computer programmer, the transformations of the Stonewall era, and, of course, her devotion to her wife Thea, caring for her during four decades of degenerative disease. This was someone who lived.  Of course, marriage was never the only goal of the LGBT equality movement, and Windsor frequently spoke about the work left to be done, particularly for people not as wealthy, fortunate, and white as she was. 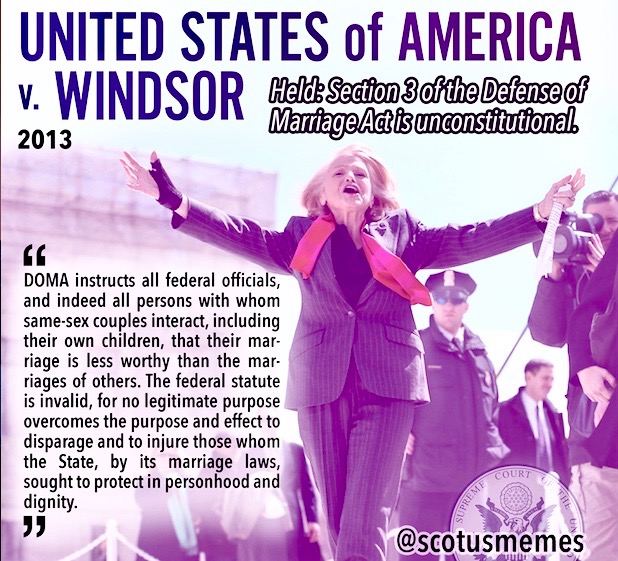 And now the clock is being turned backward, with the federal government discriminating against transgender people and employment discrimination against gays legal in over 20 states. And, of course, the lives of LGBT people of color and LGBT immigrants have become more precarious than ever. For them, and for LGBT people not included in the orbit of same-sex marriage, life today may indeed be more uncertain than it was when Windsor was decided. Even marriage is now being threatened by numerous states working to limit the extent of marriage equality via religious exemptions and all kinds of other limitations. Earlier this year, Texas’ Supreme Court ruled that same-sex spouses are not entitled to the same employment benefits as opposite-sex ones. 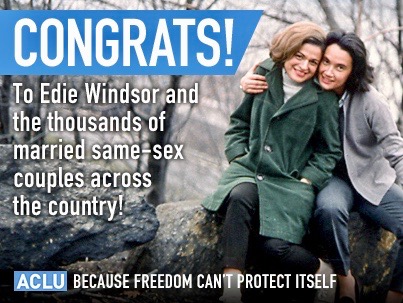 Just a few months ago, Supreme Court Justice Neil Gorsuch, joined by Justices Clarence Thomas and Samuel Alito, wrote an opinion stating that the state of Arkansas could have different rules for straight couples and gay ones—in other words, that marriage equality is less equal than other kinds of equality. And this term, the court will hear a case that on its face is about whether a bakery can refuse to bake a cake for a gay wedding but that is really about whether marriage means marriage, or something less than marriage. 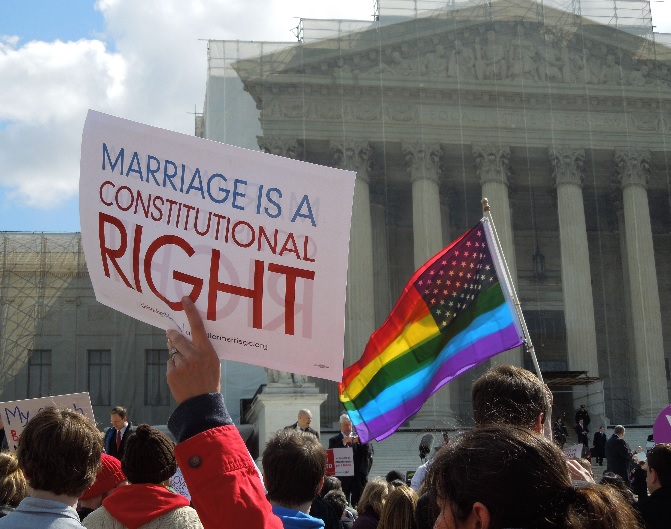 And of course, just one more justice for the conservative side, and the balance tips against marriage equality. That doesn’t mean Obergefell can just be waved away, but it does mean that, most likely, a majority of the Supreme Court would like to do so. In sum, Windsor exits the stage at a moment in which her legacy is very much in doubt. A decade from now, will Windsor be remembered as a civil rights icon who changed the course of American history? Or will her case be seen as a temporary aberration, like, say, the period of Prohibition? In many ways, that is up to us. 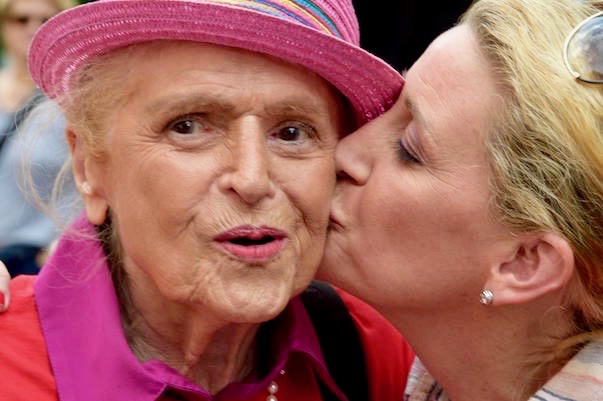 But one consequence of her legacy has just been secured. Windsor remarried in 2016, to Judith Kasen-Windsor, whom she met at an LGBT movement event. Kasen-Windsor survives her, and thanks to the courage of her late wife, she will be treated the same as Windsor’s widower would be.  Whatever that means in terms of dollars and cents, perhaps that may bring Windsor’s widow a measure of comfort and dignity.

MARRIAGE EQUALITY AROUND THE WORLD