A historic total solar eclipse arced across the United States from west to east on Monday, August 21, 2017 as millions of people who gathered in its relatively narrow path of totality watched in awe. 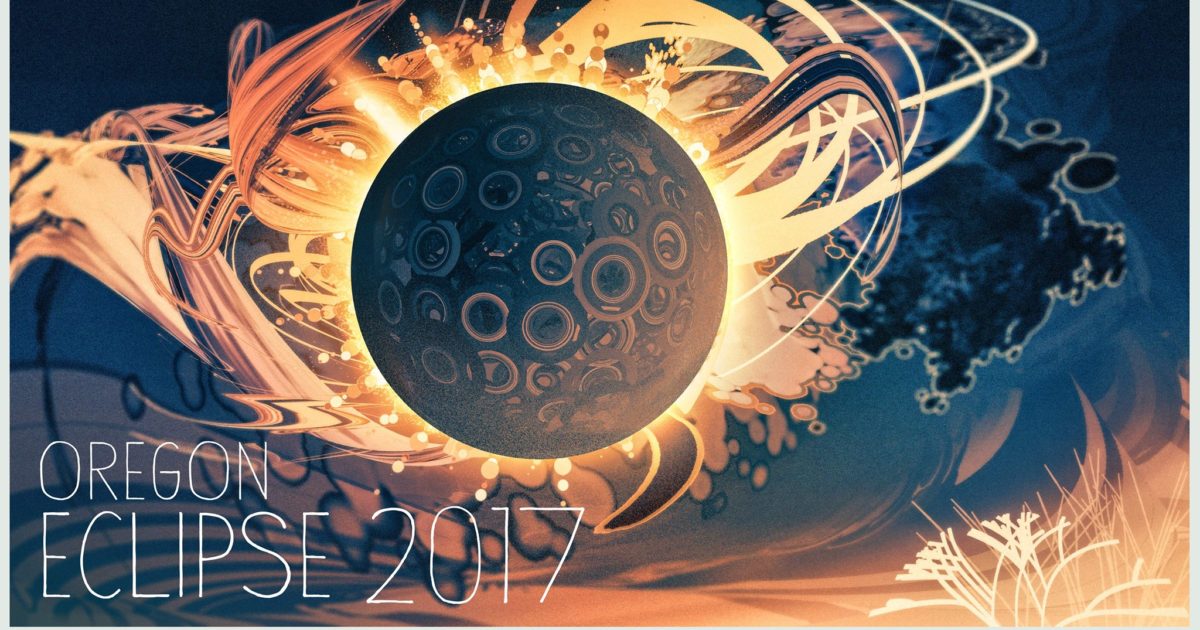 The total solar eclipse was first visible in the U.S. over Lincoln City, Oregon. Crowds of people donning special solar filters cheered and roared as the moon completely blocked the sun and cast a 70-mile wide shadow that traveled from Oregon to South Carolina. 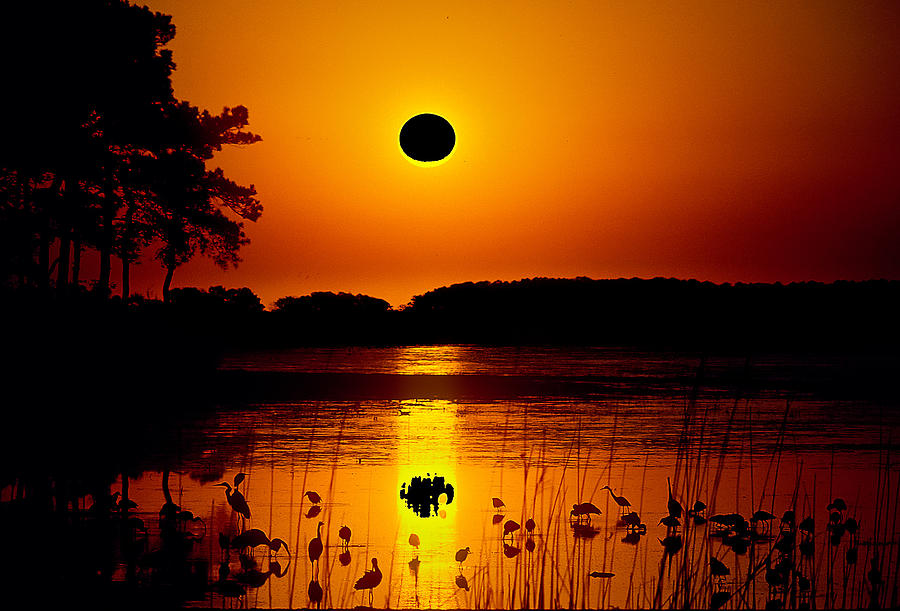 Briefly, various U.S. cities plunged into darkness, and temperatures dropped as much as 12 degrees. The sun's corona, or outer atmosphere, which is usually obscured by glare, appeared as a ring of ethereal white wisps around the moon while it blocked the sun. 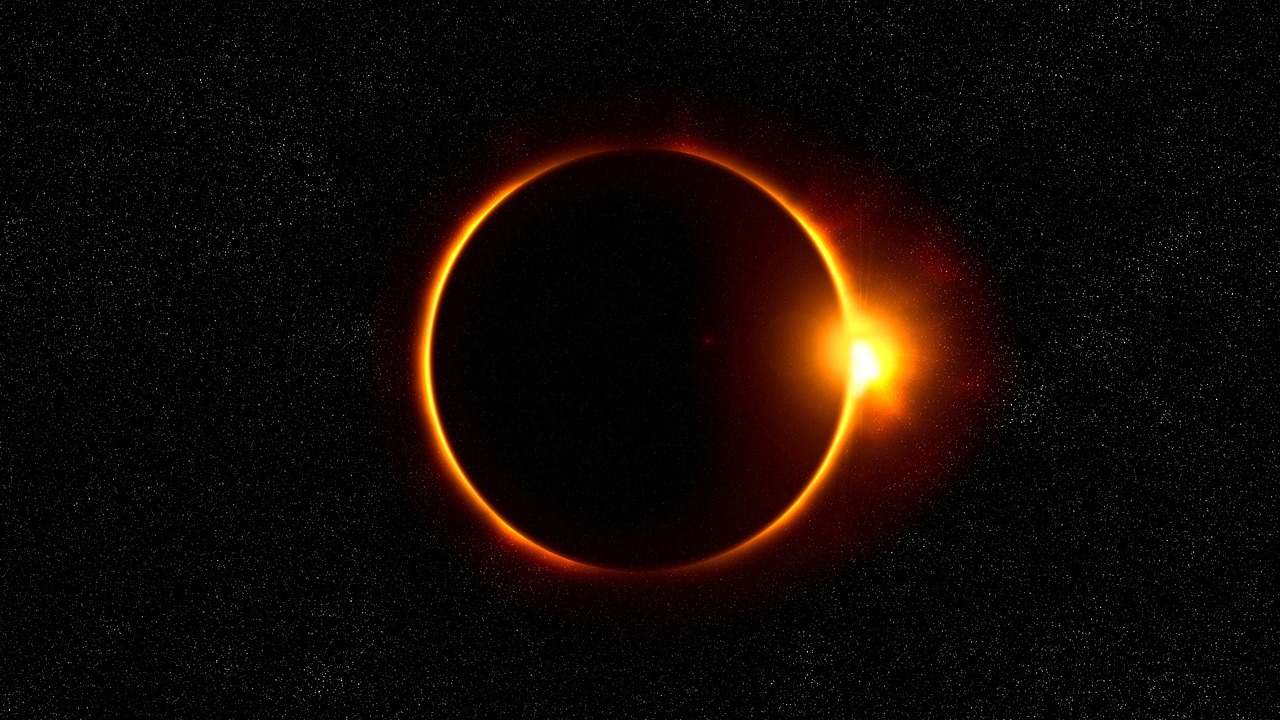 In areas with clear skies, bright stars and planets appeared in the darkened daytime sky. And as the sun re-emerged from behind the moon, it created an astonishing diamond ring effect, with one bright spot of the sun shining at one end of the corona. 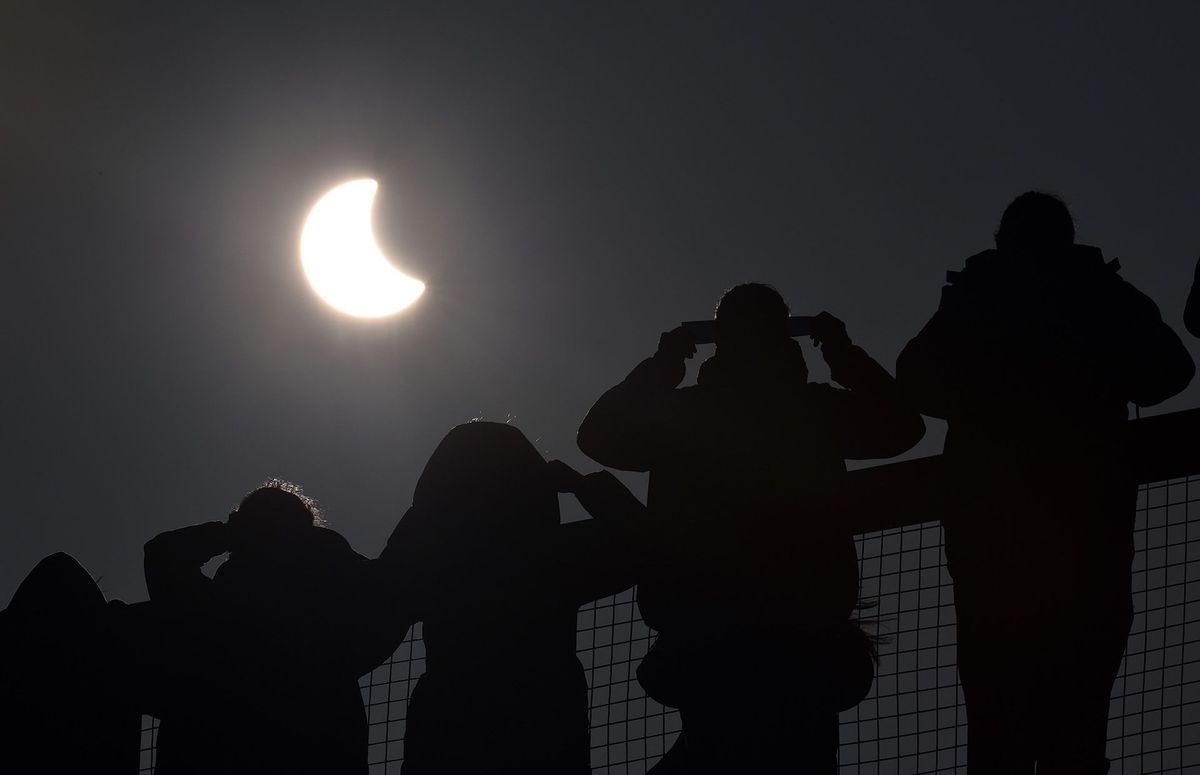 "Experiencing an eclipse changes the way we feel about space and how we are connected. I hope this moment reminds us all that we share a common origin among the stars and that we are all citizens of the same planet," Bill Nye said in a statement Monday morning. He is the CEO of the Planetary Society and is also known as "the Science Guy." 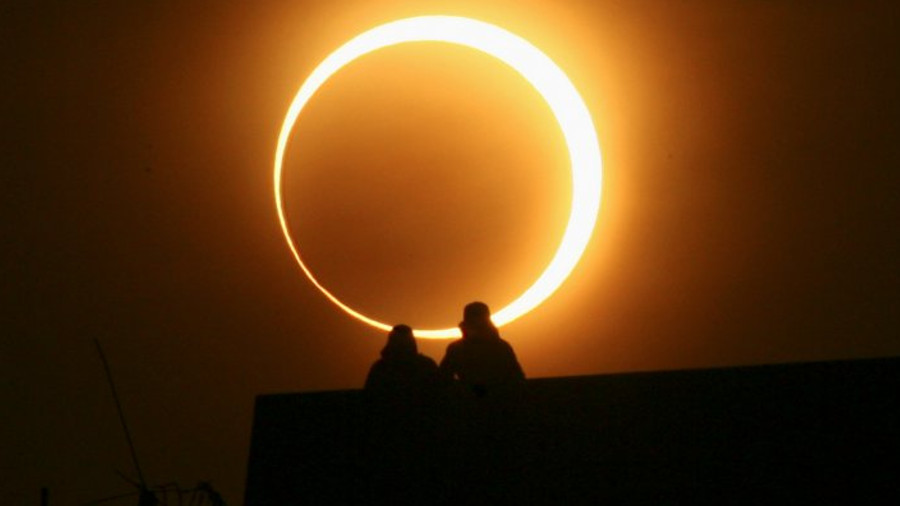 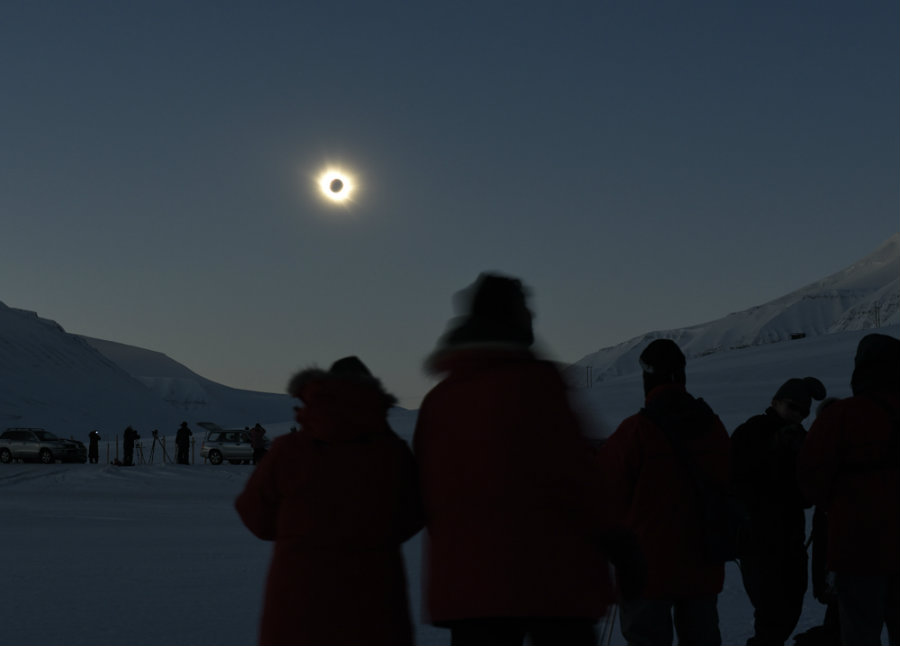 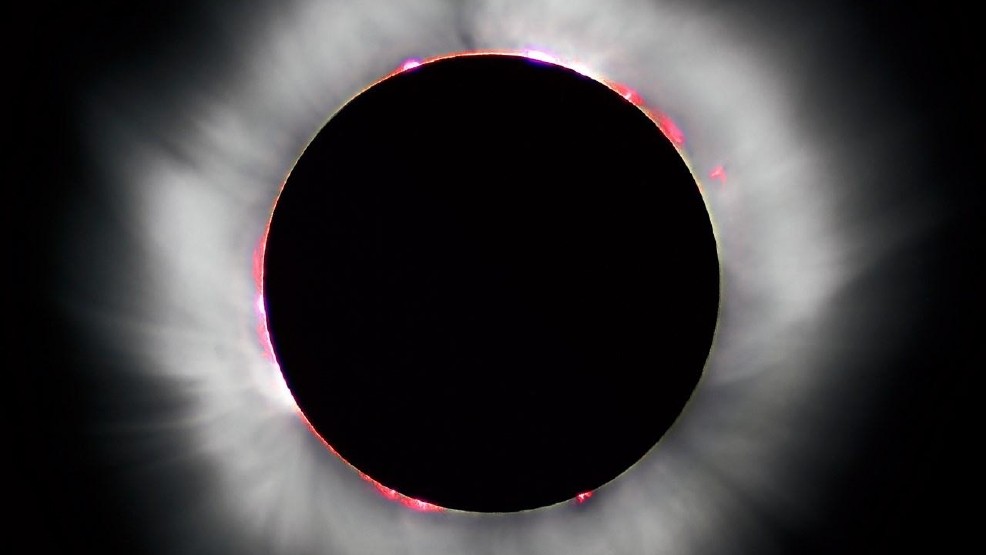 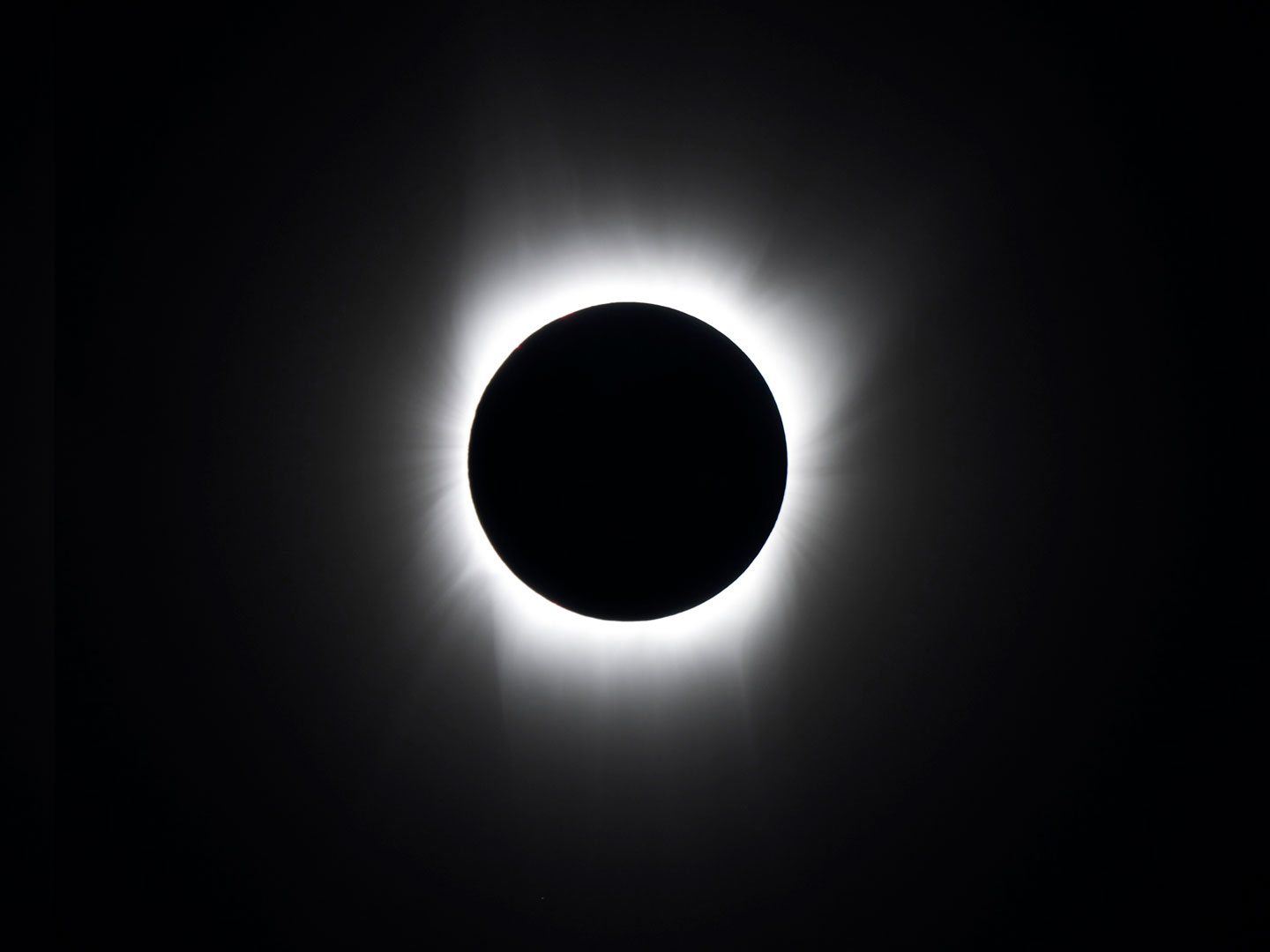 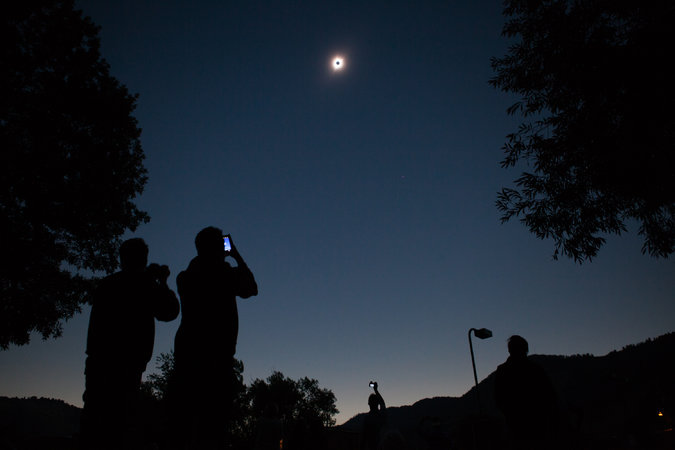 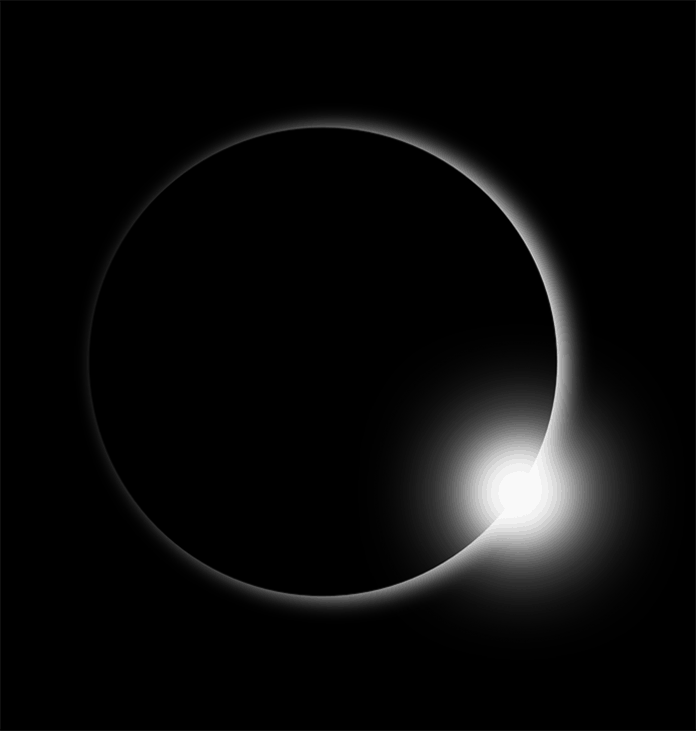 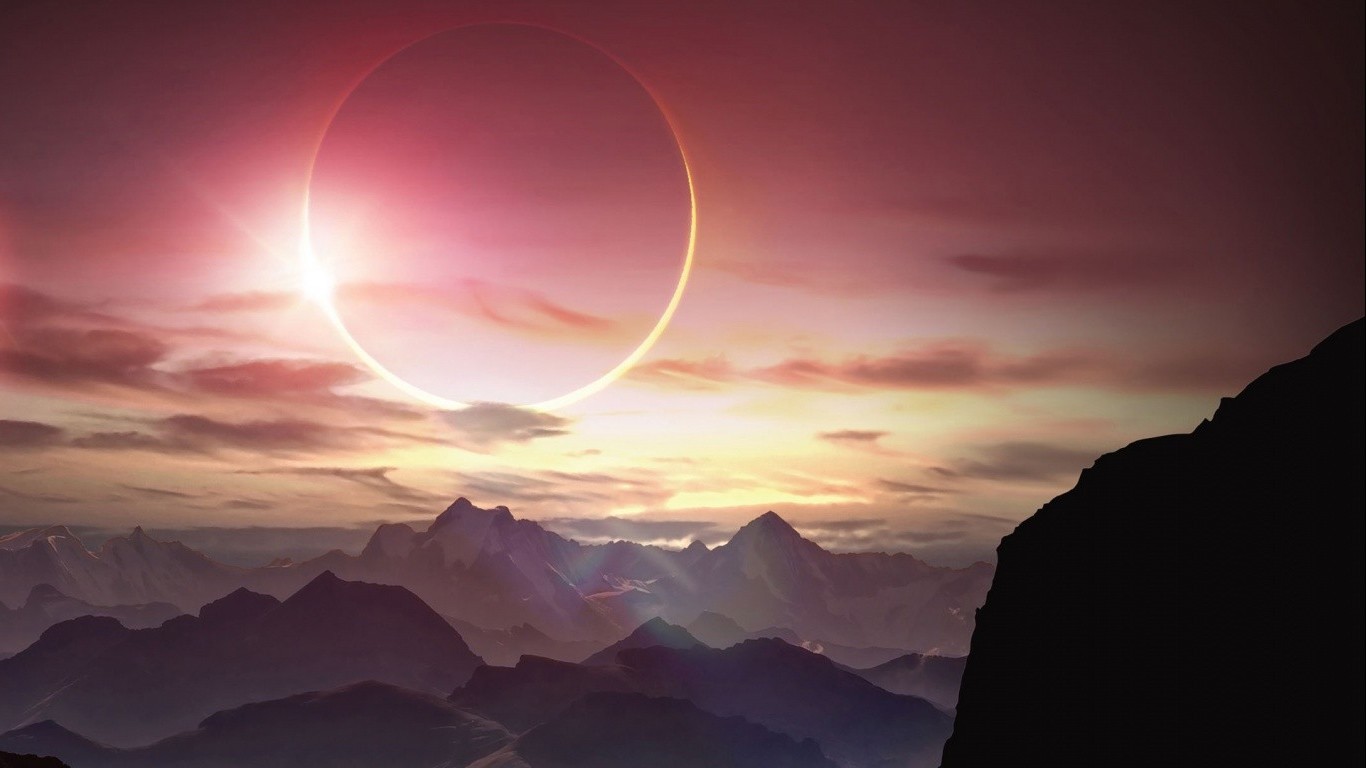 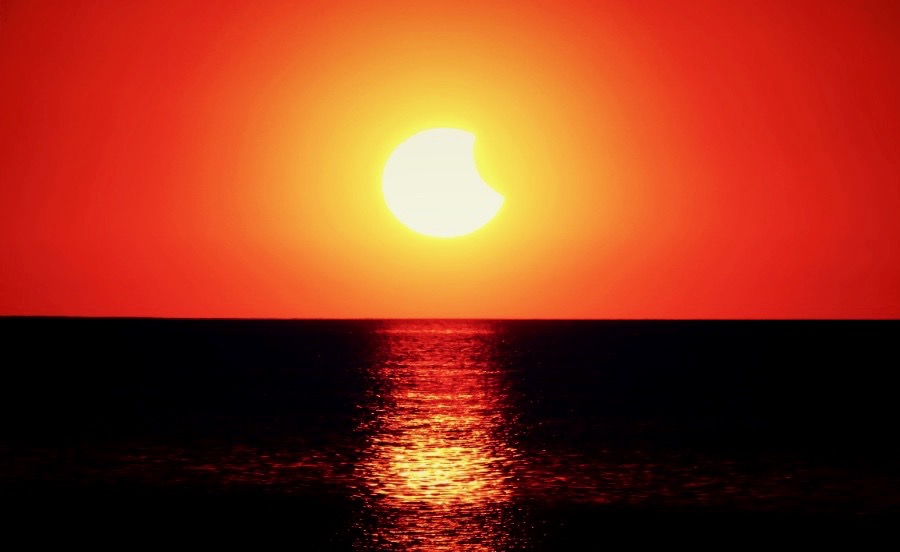