BIG Dreams With a BIG Heart in Casey Illinois 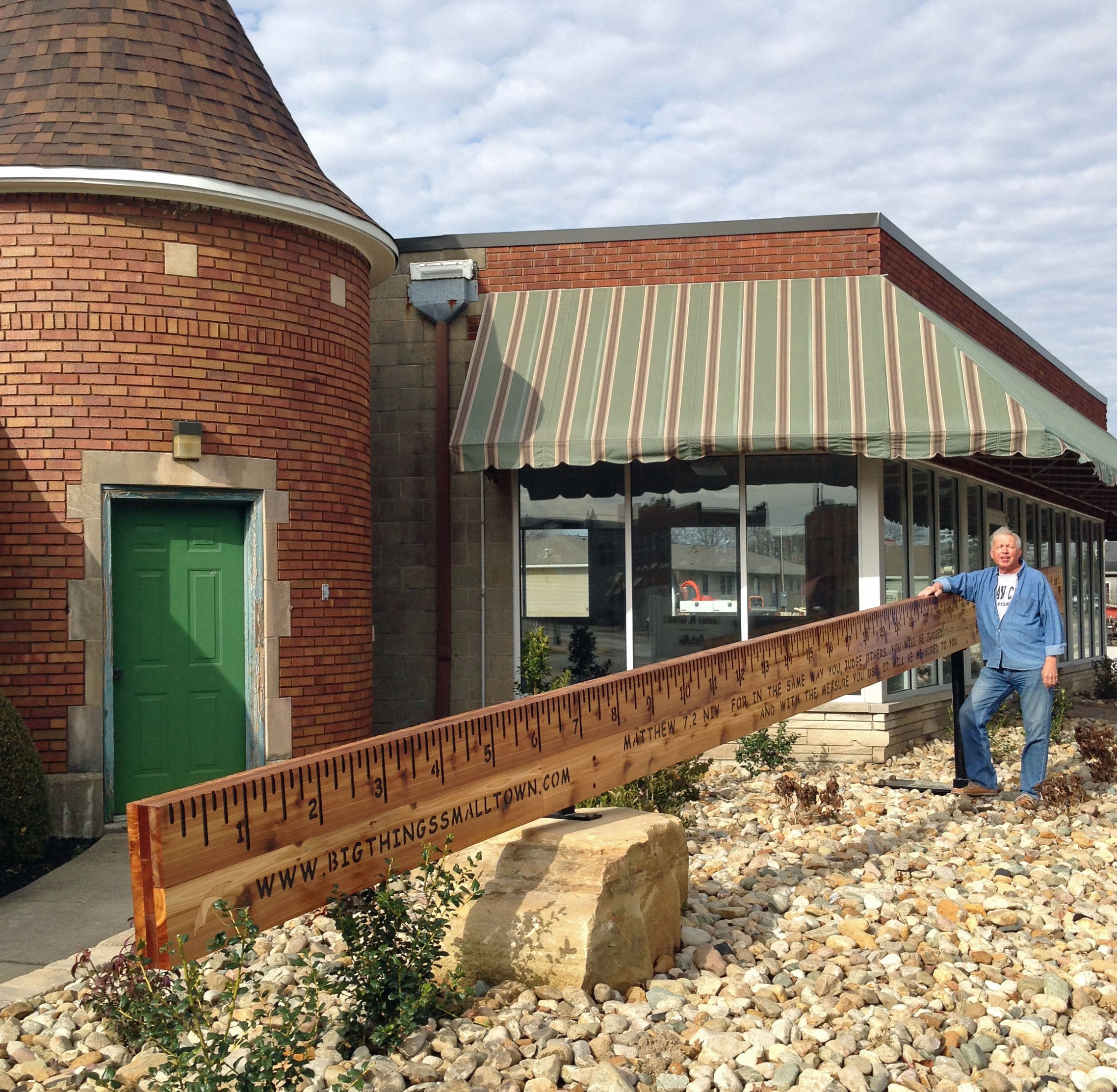 Jim Bolin has lived here all his life. When some of Casey's small business began closing down. "it was heartbreaking, because when you grow up in a small community, I mean, you know everybody. So you see a town just kind of slowly dying off." The factories that once employed workers here have closed or moved away. They packed up and left for bigger cities, leaving locals like Bolin trying to figure out how to revive the tiny town he loves. 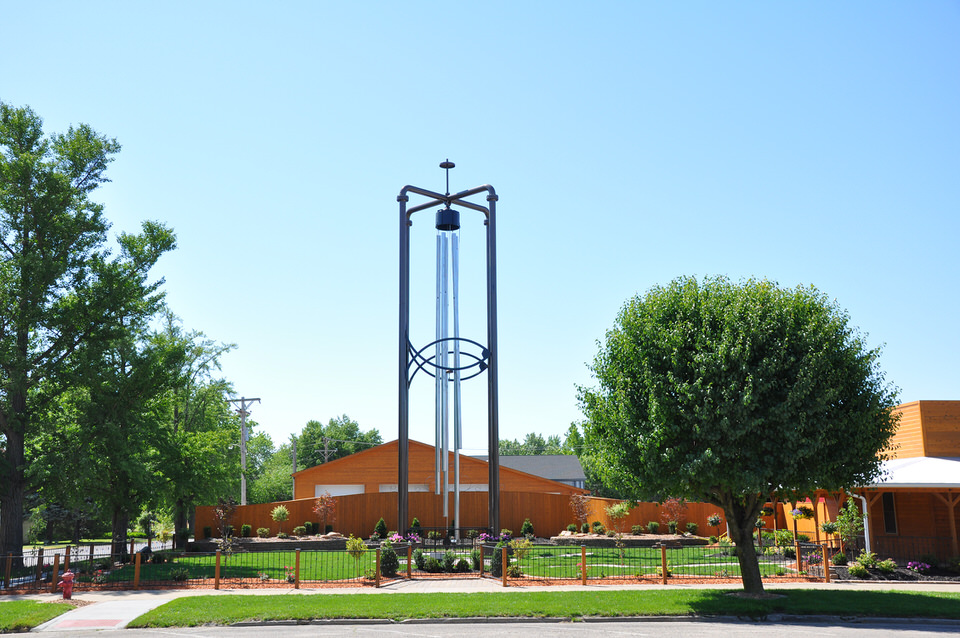 "Small towns, we have to try to come up and think outside the box to get people to come to our small communities and shop," he said. 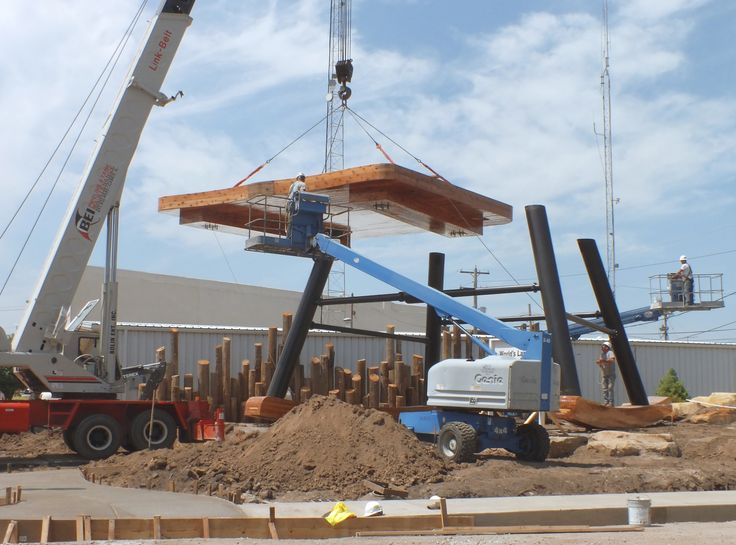 Building the Largest Rocking Chair in the World

It all started with the world's largest wind chime, erected in 2011 to drive tourists to his wife's café: "The wind chime, when I first built it, I said, 'That's my fishing lure.' We cast it out to the interstate and try to reel people into our little small town here to see what we got." And yes, they're catching fish. 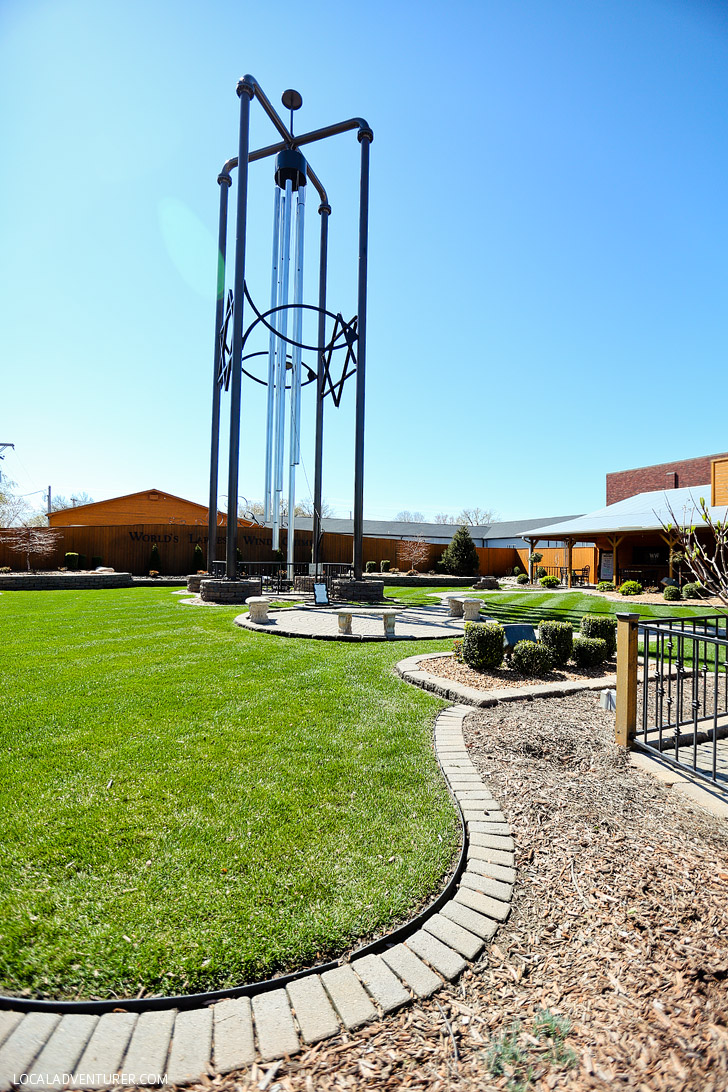 Bolin's experiment was such a success, he went on a giant building spree. His family owns a pipeline business, so he had easy access to the raw materials. He was a man on a mission. "Yeah, because at this point I'm thinking, 'okay, what can we do for our town?' So I'm looking at different businesses and trying to find something that would correlate with their business." 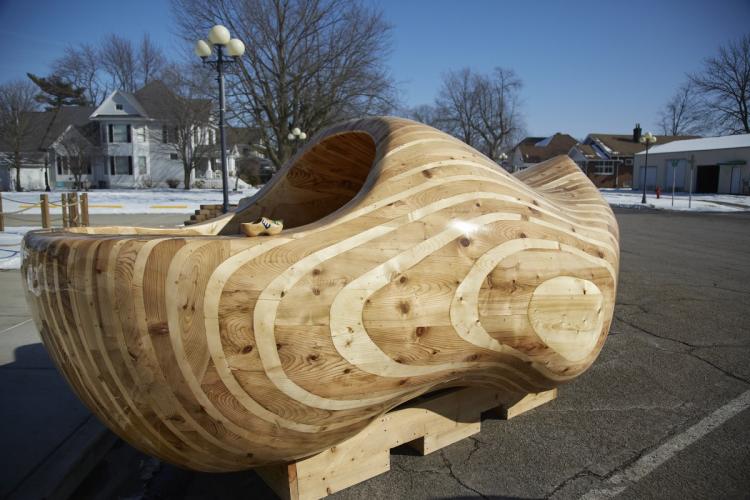 So, free of charge, he gave the candy shop up the street a whimsical pair of the World's Largest Wooden Shoes. Knighton asked the store's owner Dave Liebenow, "And so do people come in just to see the shoes?" "Yes," he replied, "and then they find out it's in a candy store, so it helps me as well!" 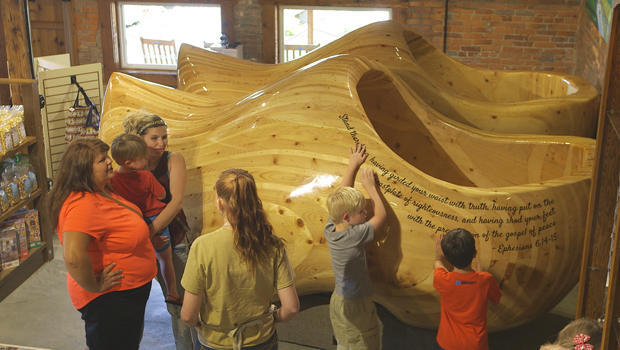 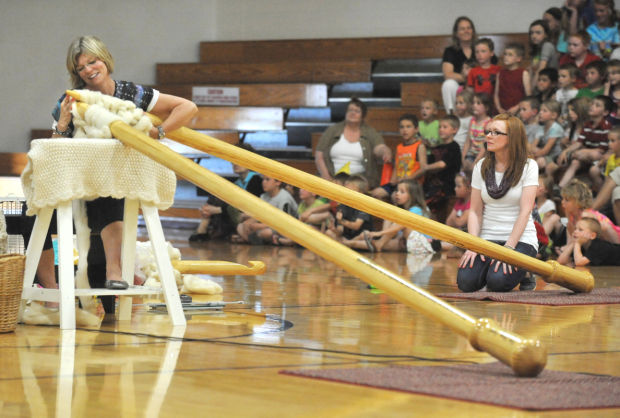 Bolin built a set of knitting needles to attract visitors to Jeanette Huisinga's yarn shop. She said it's a challenge to stay in business in a small town: "Very much, very much. If it were not for the gift of these knitting needles, I don't think I probably could have stayed." Yes, believe it or not, there are people who come just to see the world's largest knitting needles. At nearly 14 feet long, they bettered the previous record holder. "How was there a number two!?" asked Knighton. "It just seems like number two would be a normal sized knitting needle. I'm shocked that there was another one you had to compete with!" "Yeah, I think it was in Sweden, is where it was," said Bolin. 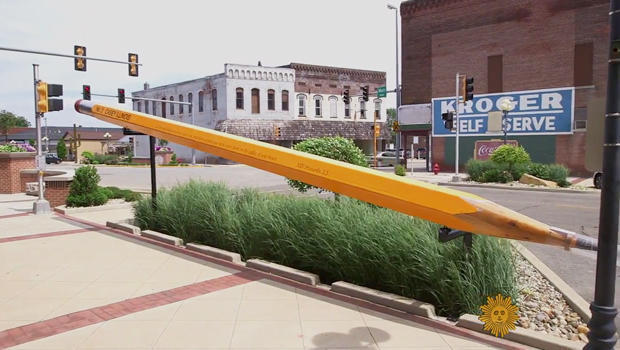 He meticulously researches his creations, and works with the Guinness World Record organization to get them certified. Along the way, he's built plenty of large items around town that aren't necessarily record holders, like the 32 foot, 6 inch-long pencil. "So this isn't even world's largest? This is just big?" asked Knighton. "Yeah," Bolin replied. "It's just a big pencil. Okay, so Casey's giant pencil is not the biggest in the entire world. 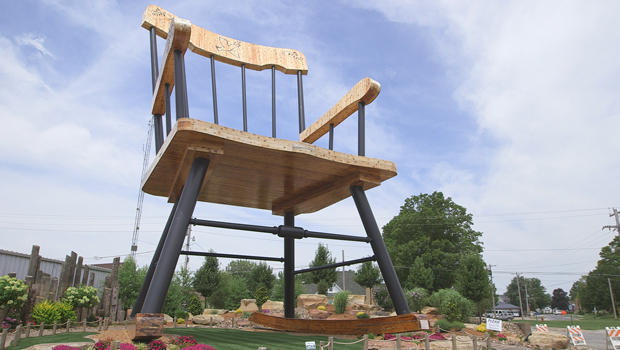 The collection of giant objects has put Casey on the map. From the rocking chair, you can see the license plates of all the cars that stop by, arriving from as far as California and Texas. 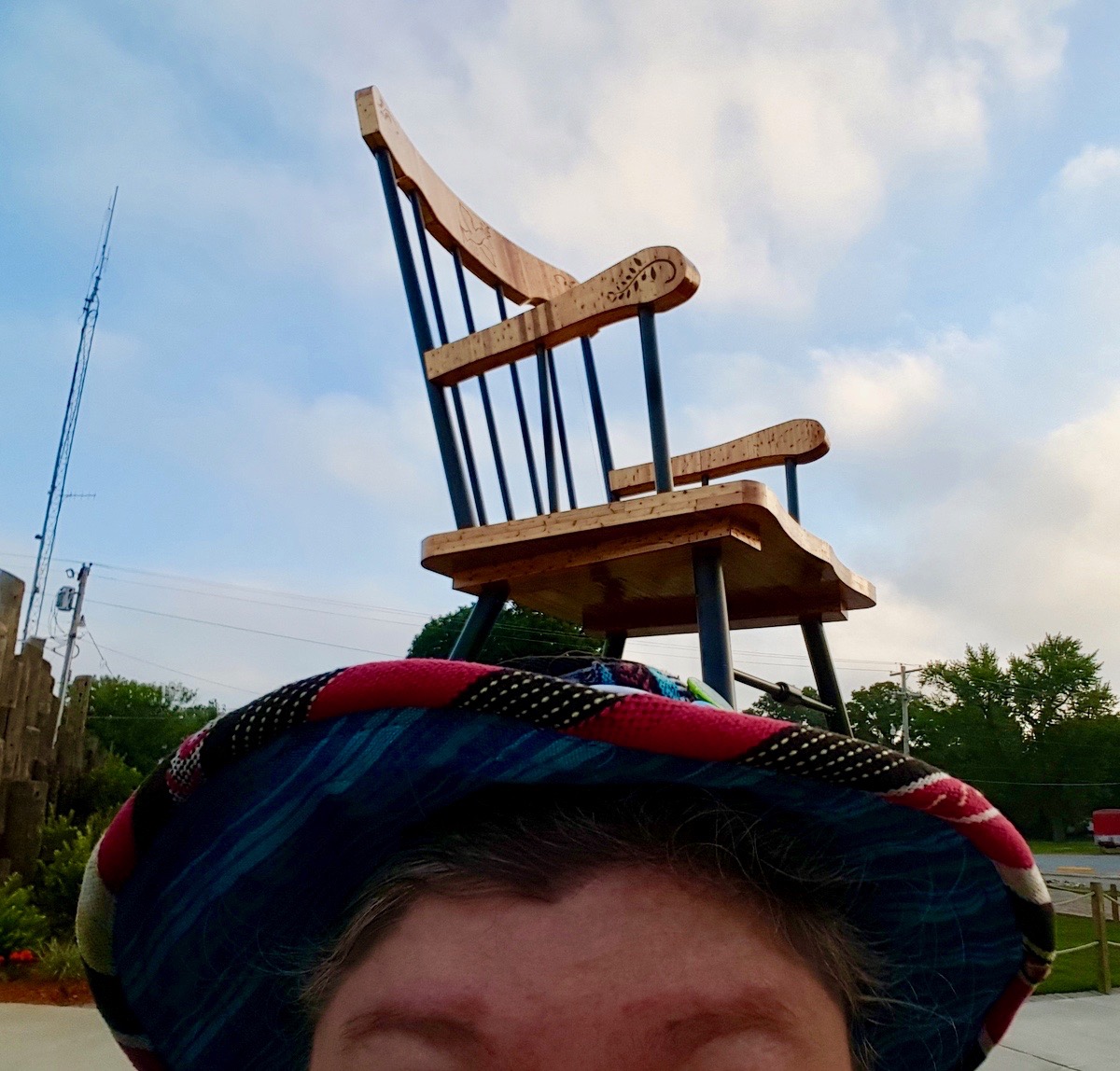 And all these cars have given lifelong resident Jimmie Wilson a sight he thought he'd never see in Casey: a traffic jam. "Oh my gosh," Wilson said. " 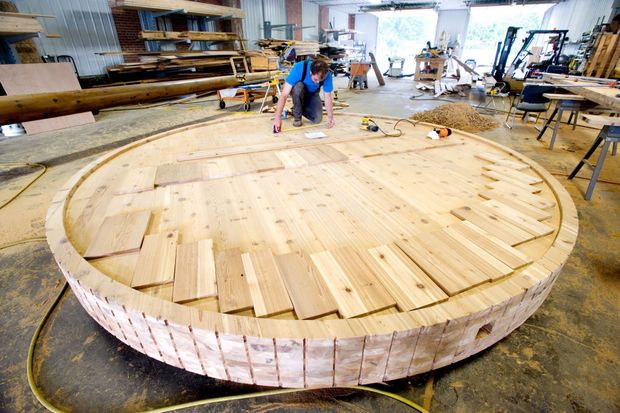 And we have road rage now, 'cause we have all these people coming to town and they're going so slow and gawking around, that people get upset!" That's the kind of problem this town wants to have. "I'm telling ya', I can't believe it," Wilson laughed. "It's the greatest thing that's ever happened here." 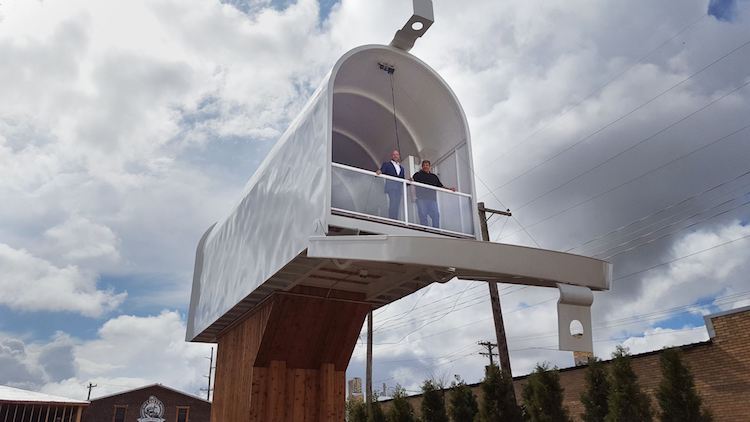 When the flag goes up on the giant mailbox, it means someone has dropped in another letter. A tourist, most likely, hoping to commemorate their trip. 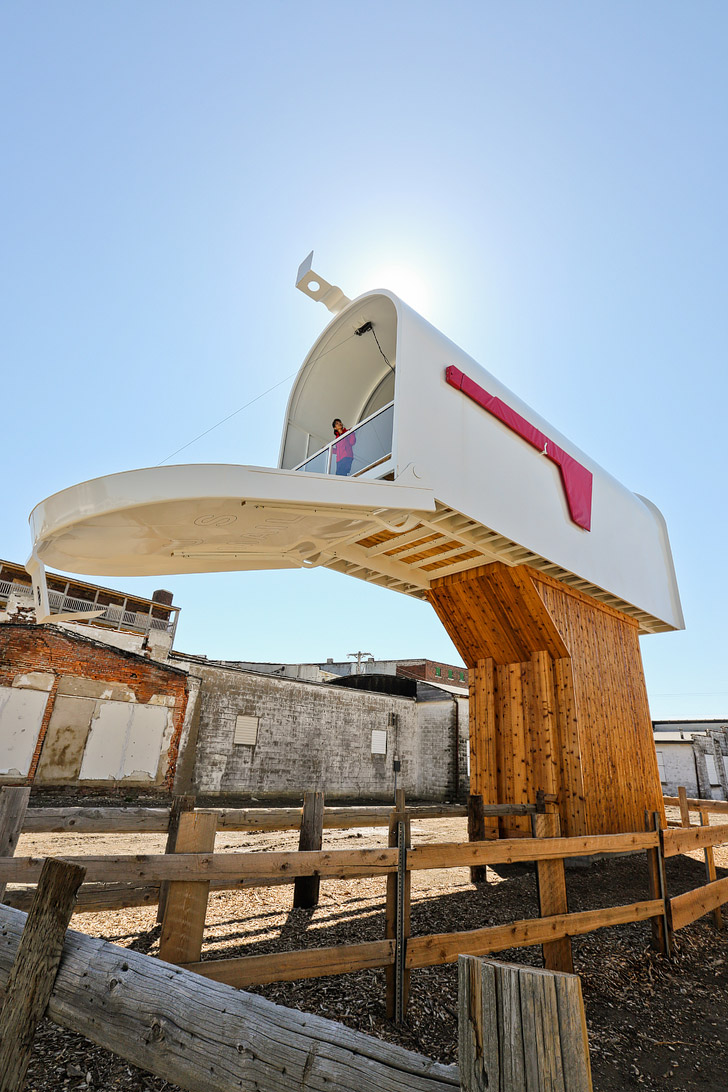 "Just to know that people are excited about having a postmark from Casey, Illinois on their mail, what's that feel like?" "It's pretty cool," Bolin replied. "To see kids and people get excited about something that they're doing in Casey is just thrilling. It's a special feeling." 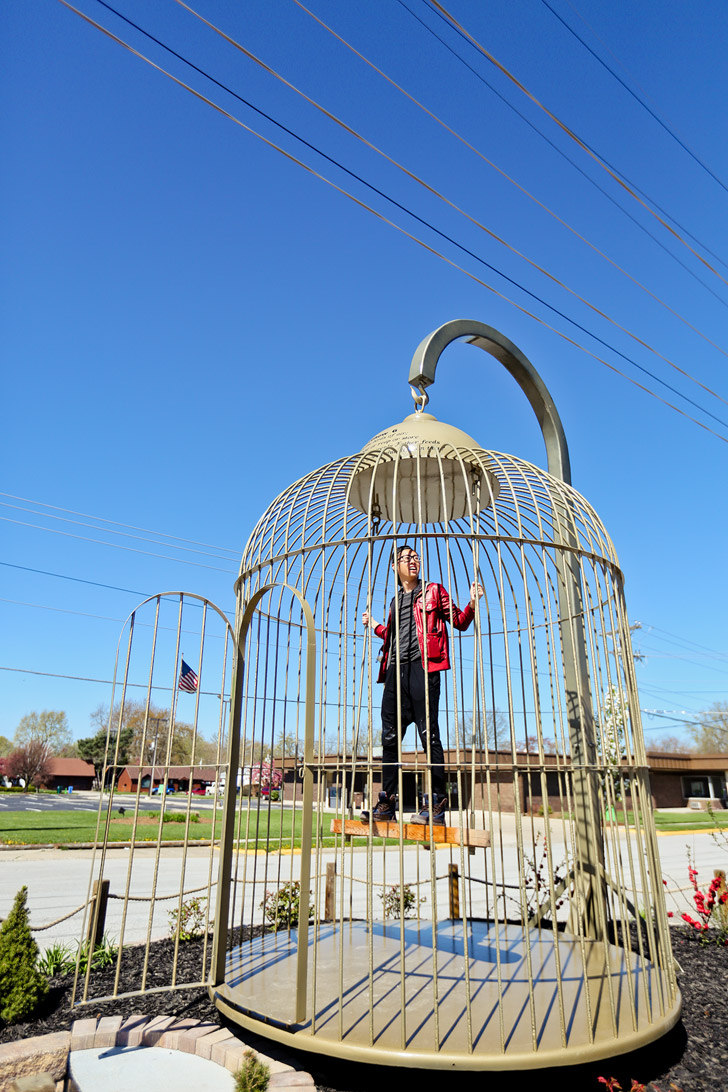 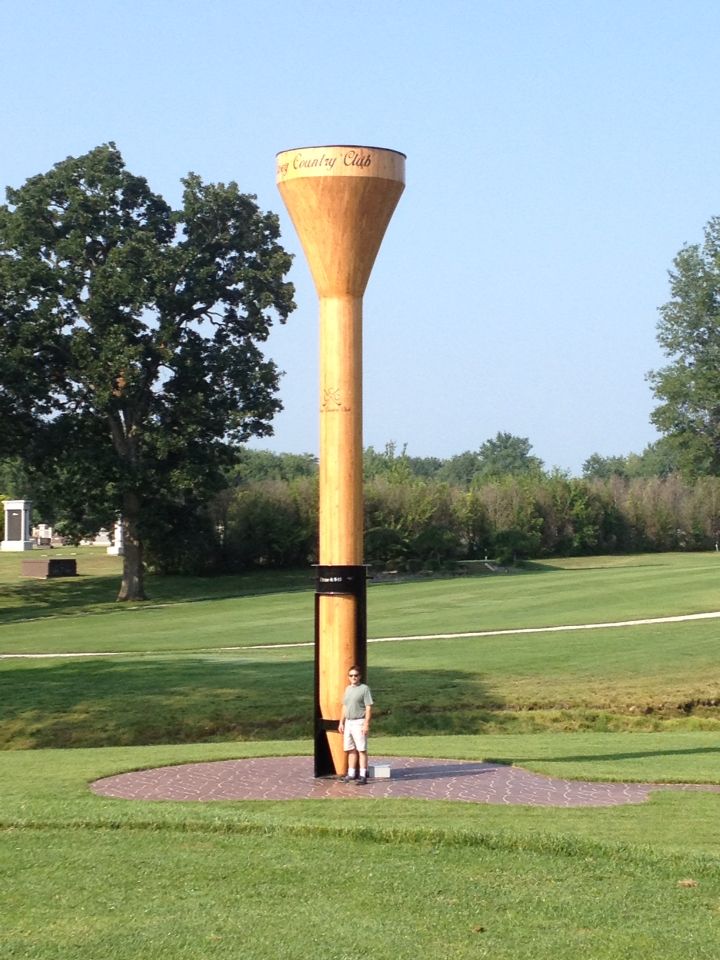 Largest Golf Tee in the World

Big Dreams, and a BIGGER Heart ... All in a Small Town