Scientists have discovered what they believe is one of the biggest impact craters in the world near the Falklands Islands. They say the crater appears to date to between 270 and 250 million years ago, which, if confirmed, would link it to the world’s biggest mass extinction event, where 96 percent of life on Earth was wiped out.

The presence of a massive crater in the Falklands was first proposed by Michael Rampino, a professor in New York University, in 1992 after he noticed similarities with the Chicxulub crater in Mexico—the asteroid that created this crater is thought to have played a major role in the extinction of the dinosaurs 66 million years ago. But after a brief report at the Falklands site, very little research was carried out. Now, a team of scientists—including Rampino—have returned to the area to perform an “exhaustive search for additional new geophysical information” that would indicate the presence of an impact crater. 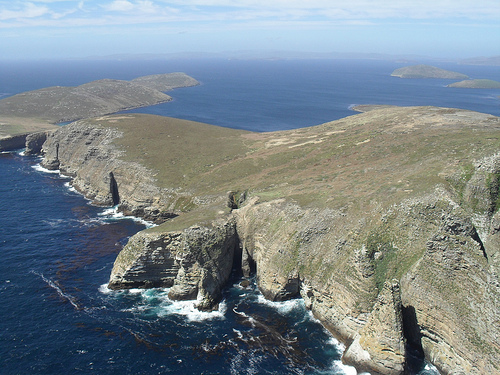 Their findings, published in the journal Terra Nova, suggest the huge circular depression just northwest of the islands is indeed the result of the massive impact of an asteroid or meteorite. The basin, which is now buried under sediments, measures over 150 miles in diameter. To analyze the site, the team, from the U.S., Argentina and Paraguay, looked at various aspects of the crater, including gravity anomalies and seismic reflection, which allows them to estimate sub-surface properties, along with differences in the chemistry of the rocks. Their findings were consistent with other impact craters, with certain features being “very similar to that of the Chicxulub multi-ring impact structure.” They found there was a large magnetic anomaly, suggesting significant variation in rocks at the site, as well as gravitational variations “typical of very large impact structures.” 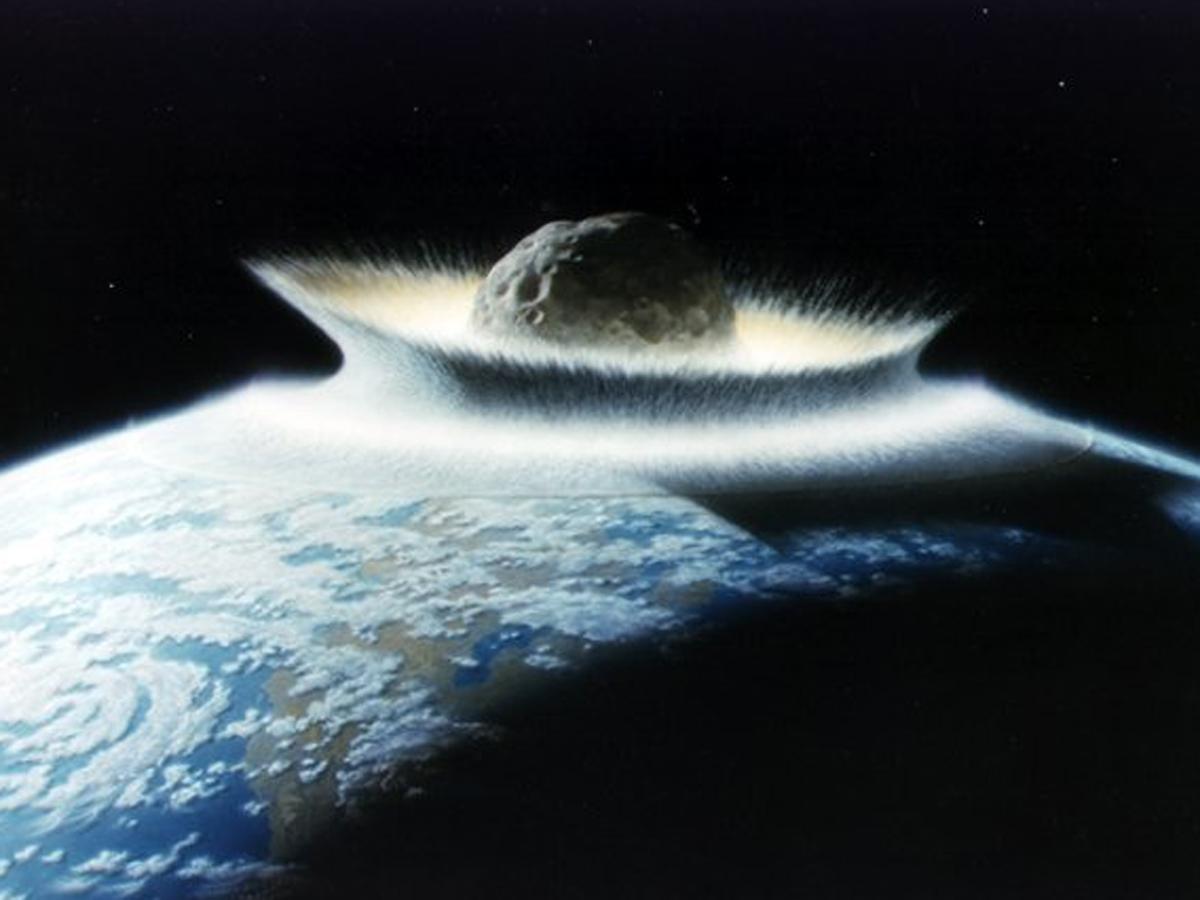 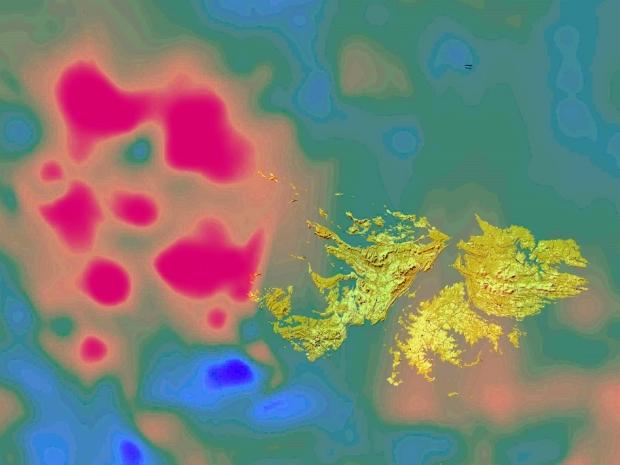 The Proposed Impact Crater in the Falkland Islands

The islands are shown in yellow, while the regions of red show a notable increase in Earth's magnetism, characteristic of an impact. Researchers say the crater appears to date to the Late Paleozoic Era—around the same time as the Permian mass extinction event also known as the Great Dying. They believe the crater dates to between 270 and 250 million years ago, but say further investigations are needed to confirm this. 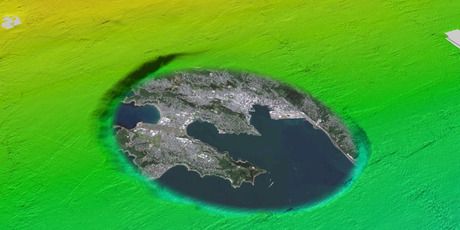 “Future drilling in this basin is a must” they wrote. “If confirmed as a site of impact, then this structure would be one of the largest known impact structures on Earth.” In a statement, Rampino added: "If the proposed crater turns out to be 250 million years old, it could correlate with the largest mass extinction ever _ the Permian extinctions, which wiped out more than 90 percent of all species.”

But not everyone is convinced of the link. Michael Benton, a paleontologist from the University of Bristol, told Newsweek in an email interview that while the discovery of an impact basin is interesting, it is not necessarily related to the Great Dying. ‘There have been several suggestions that the end-Permian mass extinction was linked to impact, including possible craters off Australia, and this one in the South Atlantic,” he says. “The link of the current crater to the extinction is hugely tenuous—it could be the cause, but evidence is not presented for that idea. 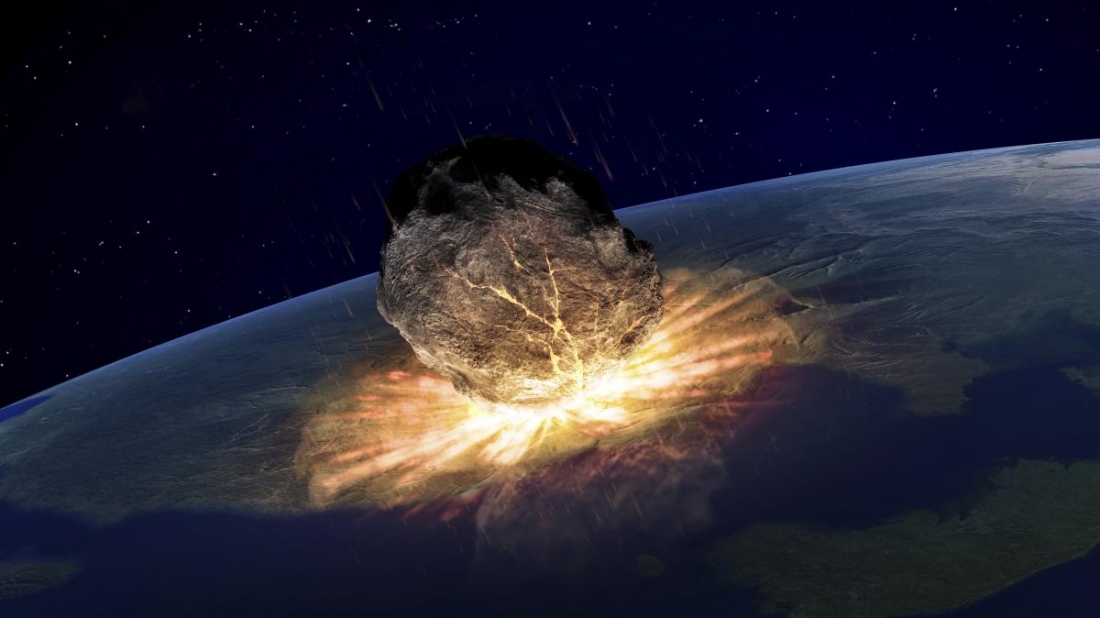 “It is only tentatively identified as a crater, and its age is estimated as Late Paleozoic—so it could be millions of years older than the critical boundary. Further, there is no evidence elsewhere in the world of the fallout for impact—as we know from the later impact at the end of the Cretaceous [period], you expect to find a shopping list of ten or more indicators of impact scattered worldwide, such as shocked quartz and iridium enrichment, but these have not been found. The study of a new crater is massively important, but it’s unlikely it had anything to do with the end-Permian mass extinction.”