Octopuses have three hearts, parrot-like beaks, venomous bites, and eight semi-autonomous arms that can taste the world. They squirt ink, contort through the tiniest of spaces, and melt into the world by changing both color and texture. They are incredibly intelligent, capable of wielding tools, solving problems, and sabotaging equipment. As Sy Montgomery once wrote, “no sci-fi alien is so startlingly strange” as an octopus. But their disarming otherness doesn’t end with their bodies. Their genes are also really weird. 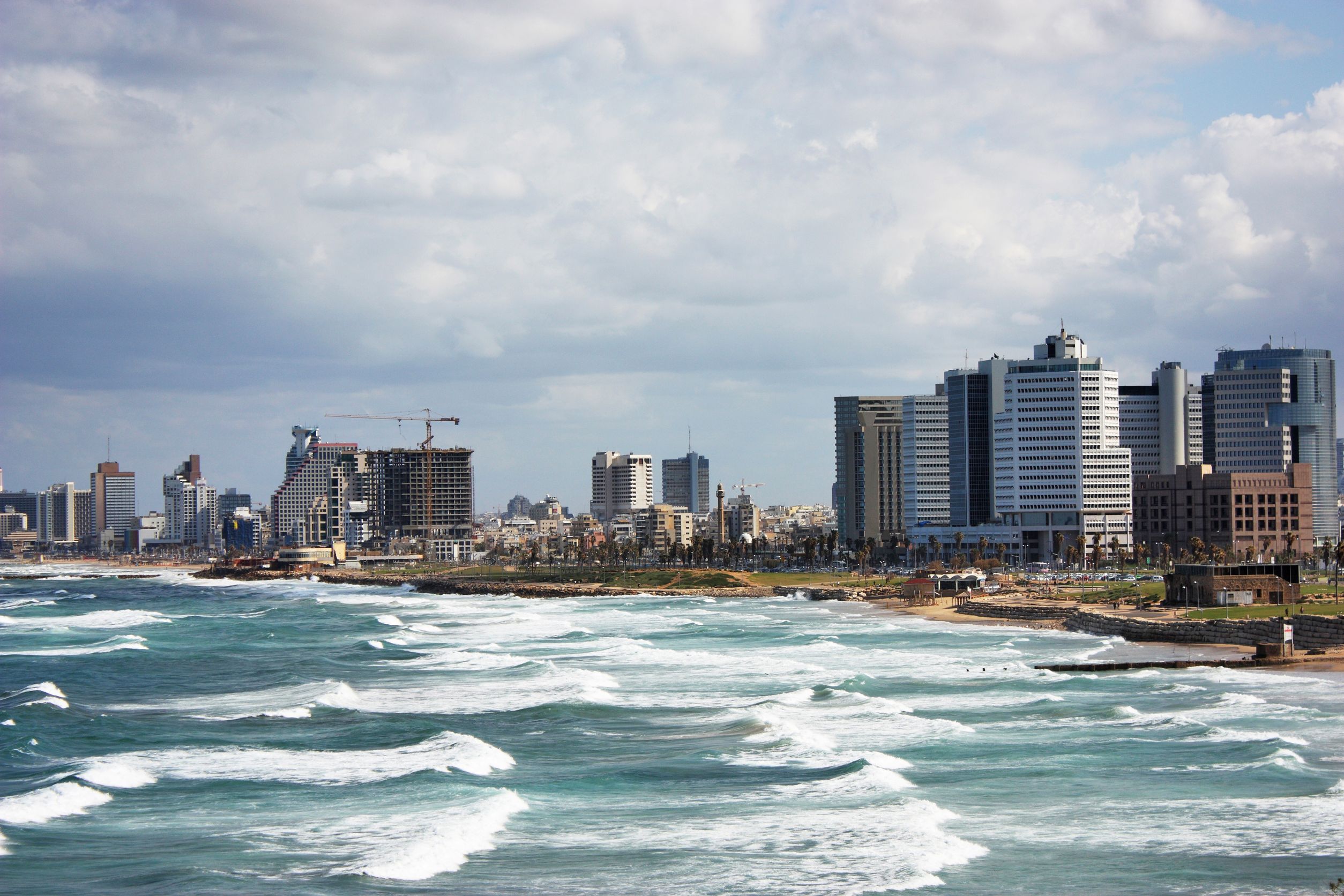 A team of scientists led by Joshua Rosenthal at the Marine Biological Laboratory and Eli Eisenberg at Tel Aviv University have shown that octopuses and their relatives—the cephalopods—practice a type of genetic alteration called RNA editing that’s very rare in the rest of the animal kingdom. They use it to fine-tune the information encoded by their genes without altering the genes themselves. And they do so extensively, to a far greater degree than any other animal group.

“They presented this work at a recent conference, and it was a big surprise to everyone,” says Kazuko Nishikura from the Wistar Institute. “I study RNA editing in mice and humans, where it’s very restricted. The situation is very different here. I wonder if it has to do with their extremely developed brains.” It certainly seems that way. Rosenthal and Eisenberg found that RNA editing is especially rife in the neurons of cephalopods. They use it to re-code genes that are important for their nervous systems—the genes that, as Rosenthal says, “make a nerve cell a nerve cell.” And only the intelligent coleoid cephalopods—octopuses, squid, and cuttlefish—do so. The relatively dumber nautiluses do not. “Humans don’t have this. Monkeys don’t. Nothing has this except the coleoids,” says Rosenthal. It’s impossible to say if their prolific use of RNA editing is responsible for their alien intellect, but “that would definitely be my guess,” says Noa Liscovitch-Brauer, a member of Rosenthal’s team who spearheaded the new study. “It makes for a very compelling hypothesis in my eyes.” 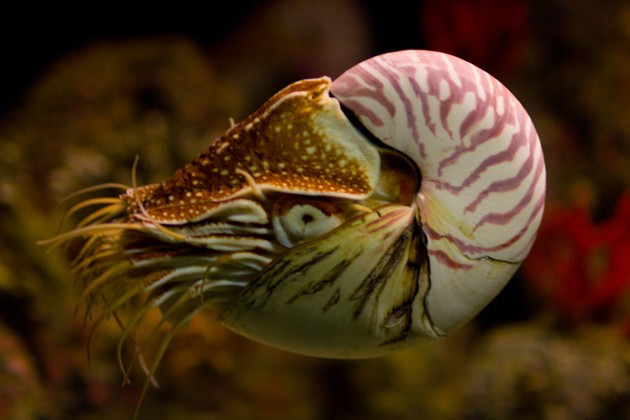 Here’s how RNA editing works. Genes encode instructions in the form of DNA—in the sequence of four building blocks represented by the letters A, C, G, and T. For those instructions to be used, the DNA must first be transcribed into a similar molecule called RNA, which contains roughly the same building blocks. The RNA is then translated and used to build proteins—the molecular machines that carry out all the important jobs inside our cells. So DNA stores information, RNA carries it, and proteins are the result of it. That’s the simple version. But the RNA often gets altered before it’s used to make proteins. Some of the changes are big—large sections are cut out, and the remaining pieces are glued back together. Other changes are small—sometimes, a single A gets converted into an I (which is functionally equivalent to a G). That’s RNA editing. It’s performed by a group of enzymes called ADARs, which recognize specific sequences of RNA and makes those A-to-I changes. 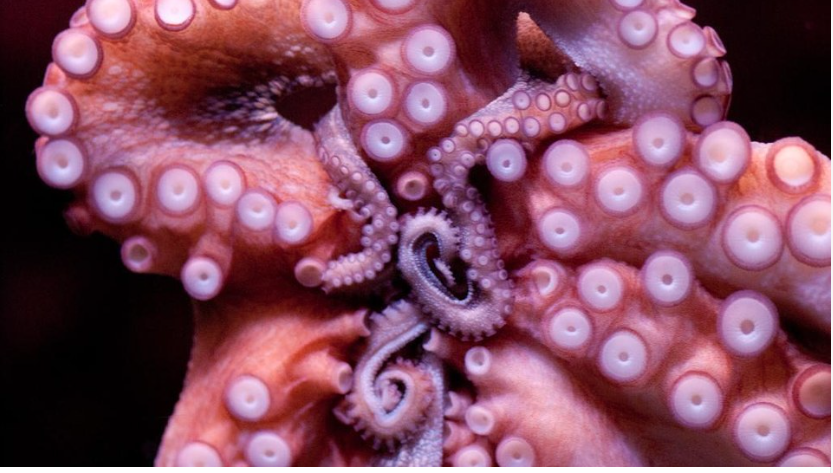 But to what end? RNA editing is still mysterious, and its purpose unclear. Technically, an animal could use it to change the nature of its proteins without altering the underlying DNA instructions. But in practice, this kind of recoding is extremely rare. Only about 3 percent of human genes are ever edited in this way, and the changes are usually restricted to the parts of RNA that are cut out and discarded. To the extent that it happens, it doesn’t seem to be adaptive. 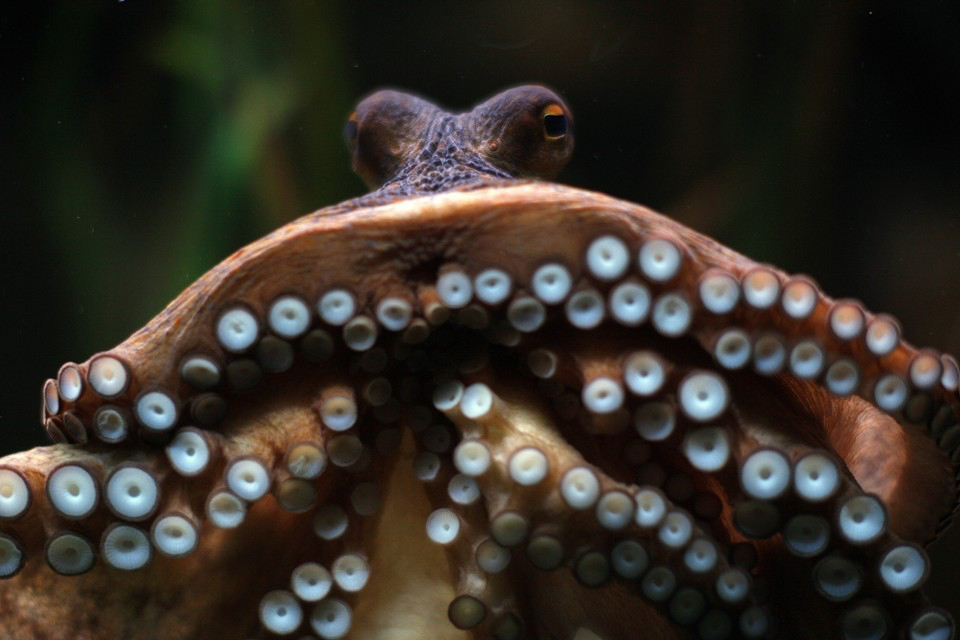 In cephalopods, it’s a different story. Back in 2015, Rosenthal and Eisenberg discovered that RNA editing has gone wild in the longfin inshore squid—a foot-long animal that’s commonly used in neuroscience research. While a typical mammal edits its RNA at just a few hundred sites, the squid was making some 57,000 such edits. These changes weren’t happening in discarded sections of RNA, but in the ones that actually go towards building proteins—the so-called coding regions. They were ten times more common in the squid’s neurons than in its other tissues, and they disproportionately affected proteins involved in its nervous system. Having been surprised by one cephalopod, the team decided to study others. Liscovitch-Brauer focused on the common cuttlefish, common octopus, and two-spot octopus. All of these showed signs of extensive RNA editing with between 80,000 to 130,000 editing sites each. By contrast, the nautilus—a ancient cephalopod known for its hard, spiral shell—only had 1,000 such sites.

This distinction is crucial. The nautiluses belong to the earliest lineage of cephalopods, which diverged from the others between 350 and 480 million years ago. They’ve stayed much the same ever since. They have simple brains and unremarkable behavior, and they leave their RNA largely unedited. Meanwhile, the other cephalopods—the coleoids—came to use RNA editing extensively, and while evolving complex brains and extraordinary behavior. Coincidence?

“It’s mind-blowing how variable they are.”

Liscovitch-Brauer also found that around 1,000 of the edited locations were shared between the coleoid species—far more than the 25 or so sites that are shared between humans are other mammals. These sites have been preserved over hundreds of millions of years of evolution. “That’s pretty convincing evidence that these edits are integrated into the wiring of these genomes, and that disrupting this network of edits would be harmful in some way,” says Daniel Rokhsar from the University of California, Berkeley, who was not involved in the study.

Indeed, the edits seem to be so important that cephalopods have gone to unusual lengths to preserve them. To find and edit a particular RNA letter, ADAR enzymes rely on all the surrounding letters for clues. It’s like finding this single ‘A’ by looking for all the words in this paragraph. This means that editing sites effectively cordon off a large chunk of a cephalopod’s genome—between 23 and 41 percent by Rosenthal’s reckoning. Those sites must remain largely unchanged, or the editing enzymes won’t be able to find their targets. And this means that octopus and squid genomes evolve at a slower pace than those of other animals. They may be icons of flexibility and change, but their genomes are rigid and stagnant.

Rosenthal thinks that they pay for this sacrifice with a different kind of flexibility. By changing their RNA rather than their DNA, they might be more effective at adapting to challenges on the fly. From the same gene, they could produce proteins that, say, work better in hot temperatures or cold ones. And such changes would be temporary—the creatures could turn them on or off depending on the circumstance. Rosenthal wonders if they could learn or encode experiences in this way. “I’m working a lot on the squid ADAR enzymes and their distribution between cells,” he says. “It’s mind-blowing how variable they are. One neuron will have high levels but its neighbor will have nothing.”

“This study suggests that RNA editing and recoding is important in the function of the largest invertebrate brains,” says Carrie Albertin from the University of Chicago, who helped to sequence the first cephalopod genome. “By comparing vertebrate and cephalopod brains, we can understand how large nervous systems are put together.”  “It’s a really interesting phenomenon, but it’s unclear why they need so much RNA editing,” says Jianzhi Zhang from the University of Michigan. “It’s not absolutely clear if it has to do with behavior; humans have very complex brains and behaviors and in us, RNA editing is very rare.” The question isn’t just why coleoid cephalopods are unique in embracing RNA editing, but why nothing else has to the same extent.  So far, the team has a lot of correlations—compelling ones, but correlations nonetheless. Rosenthal’s next move is to develop ways of genetically manipulating cephalopods. If he succeeds, he could disable their ADAR enzymes, stop them from editing their RNA, and see what happens.