It took 200,000 years for our human population to reach 1 billion—and only 200 years to reach 7 billion. But growth has begun slowing, as women have fewer babies on average. When will our global population peak? And how can we minimize our impact on Earth’s resources, even as we approach 11 billion? 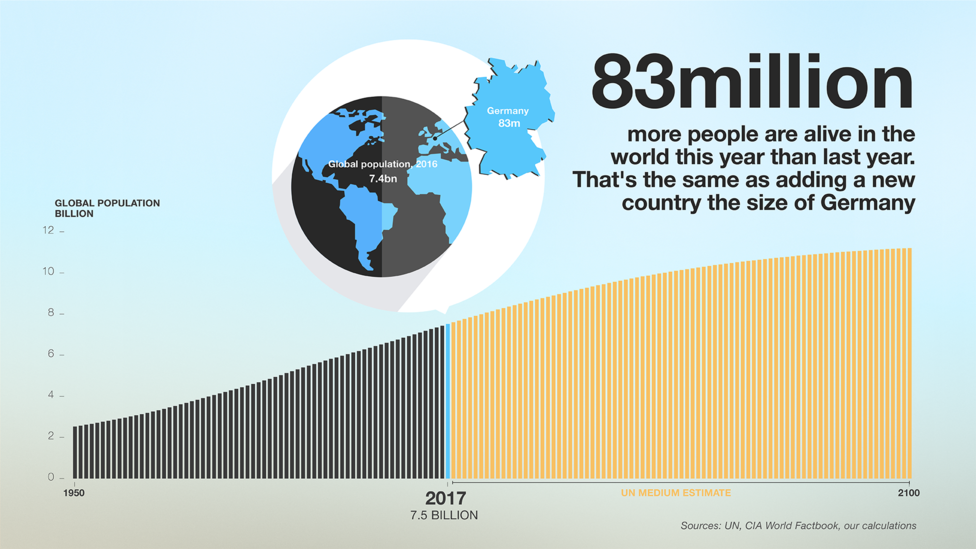 It has been estimated that there will be 11.2 billion of us by 2100, according to the UN’s most likely scenario. But this is a projection, not a certainty. There’s an outside chance the world’s population could be as high as 16.6 billion by the end of the century. Or it could be as low as 7.3 billion – that’s fewer people than the 7.5 billion alive today. In all the UN scenarios, though, the population keeps increasing until at least 2050. 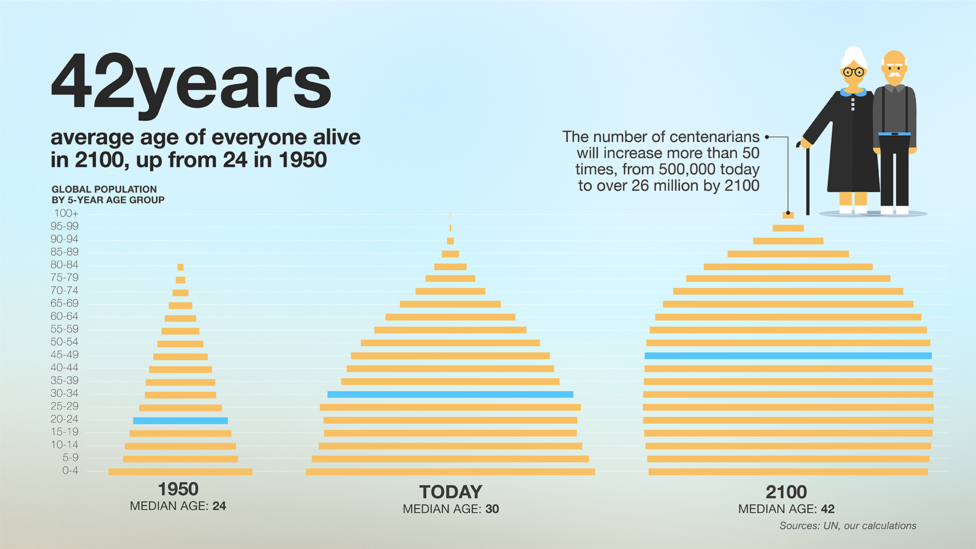 Why is the Average Age Rising?
Because we’re living longer and having fewer children each. In 1950, many people across the globe could not expect to make it to their 50th birthday. Today, average global life expectancy is nearly 72 years and by 2100 it is projected to increase to over 83 years. Longer lives mean more old people, while lower fertility rates mean relatively fewer people are born to replace them: the so-called population pyramid is turning into a beehive. 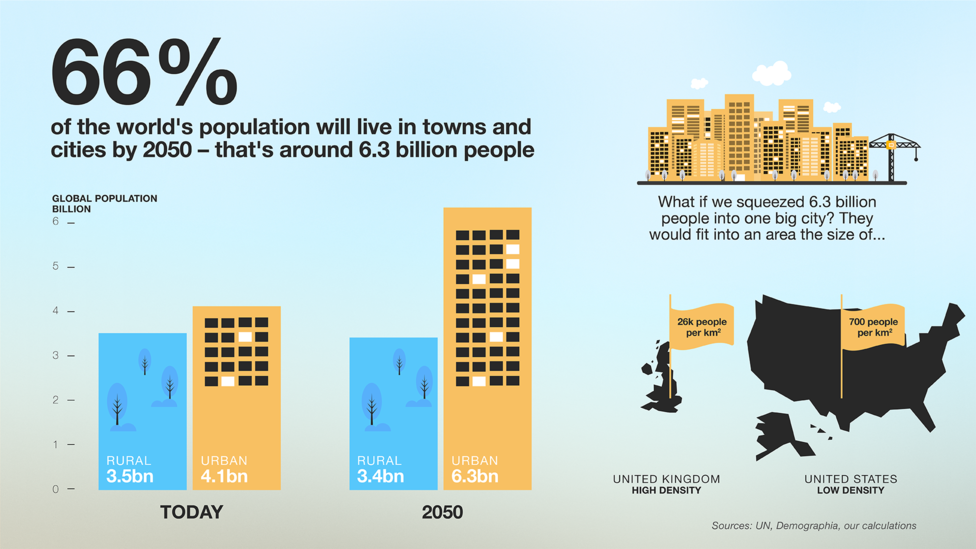 Where Will We be Living?
By 2030, there will be 41 megacities of more than 10 million people. And by 2050, two thirds of us will live in urban areas. Super-dense cities could house everyone on a surprisingly small amount of land. 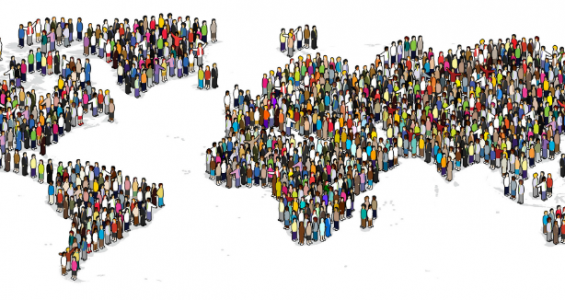 Those 6.3 billion urban dwellers in a city the same density as today’s Mumbai could squeeze onto an area the size of the UK. But spread those people out into a city the density of today’s Atlanta, and the land footprint expands dramatically, to around the size of the US. Keeping a lid on suburban sprawl could be a key priority in the megacities of the future. 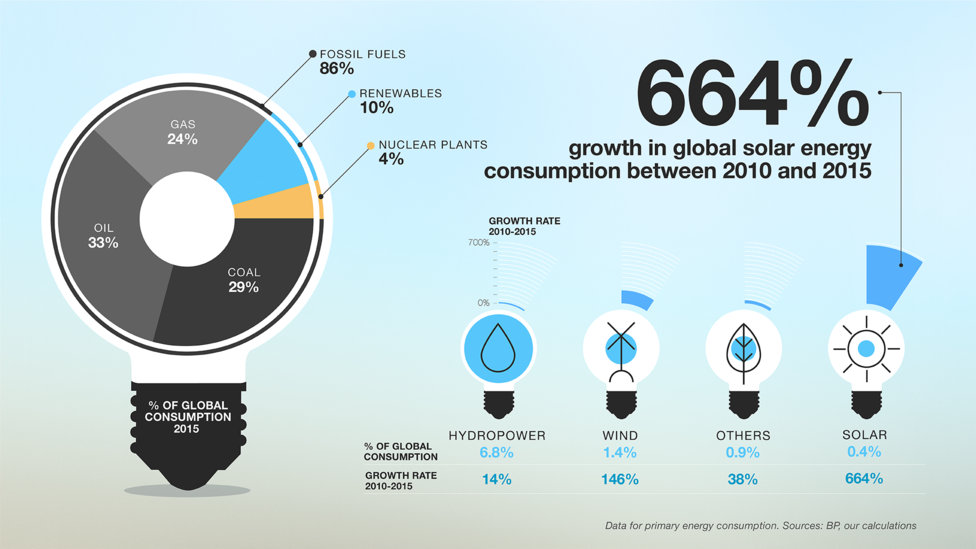 Where Will the World’s Energy Come From?
Today the vast majority of the energy humanity consumes – 86% – comes from fossil fuels. Renewable energy sources account for around 10% of the total, but that share is growing fast. Global solar energy consumption was around 7.5 times higher in 2015 than 2010. In a future dominated by renewables, countries with lots of land on which to site wind turbines and solar panels could find themselves at a distinct advantage. 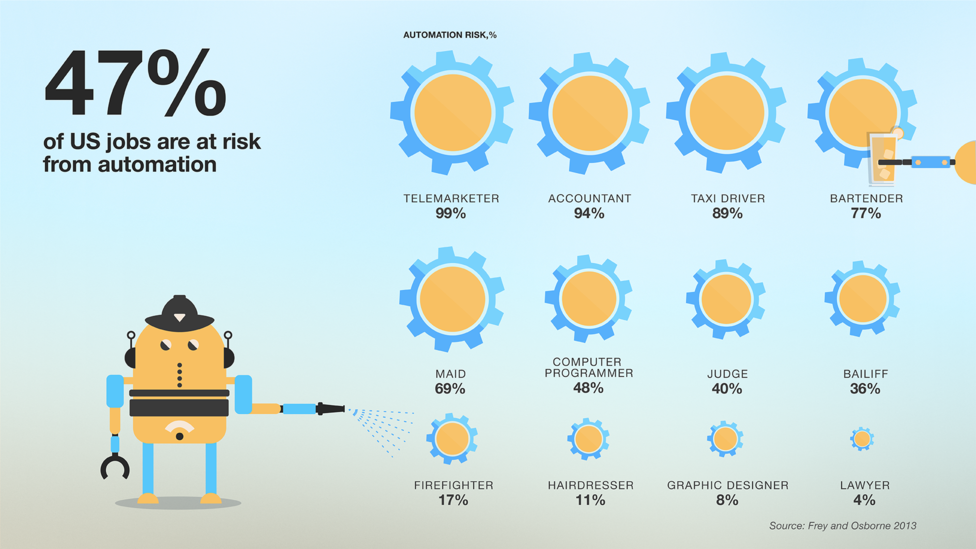 How Likely is My Job to be Automated in the Future?
Almost half of US jobs could soon be done by a robot or computer, according to Oxford University researchers. But some jobs are much more likely to be automated than others. Telemarketers, accountants and taxi drivers could see themselves replaced over the next decade or two, while jobs requiring creativity, manual dexterity or empathy could persist for far longer. Future labour markets will have to adapt to the pressures imposed by automation.