Spinach Leaves are Being Used to Grow Heart Tissue

Researchers face a fundamental challenge as they seek to scale up human tissue regeneration from small lab samples to full-size tissues, bones, even whole organs to implant in people to treat disease or traumatic injuries: how to establish a vascular system that delivers blood deep into the developing tissue.

Current bioengineering techniques, including 3-D printing, can’t fabricate the branching network of blood vessels down to the capillary scale that are required to deliver the oxygen, nutrients, and essential molecules required for proper tissue growth. To solve this problem, a multidisciplinary research team at Worcester Polytechnic Institute (WPI), the University of Wisconsin-Madison, and Arkansas State University-Jonesboro have successfully turned to plants.

Plants and animals exploit fundamentally different approaches to transporting fluids, chemicals, and macromolecules, yet there are surprising similarities in their vascular network structures,” the authors wrote. “The development of decellularized plants for scaffolding opens up the potential for a new branch of science that investigates the mimicry between plant and animal.” In a series of experiments, the team cultured beating human heart cells on spinach leaves that were stripped of plant cells. They flowed fluids and microbeads similar in size to human blood cells through the spinach vasculature, and they seeded the spinach veins with human cells that line blood vessels. These proof-of-concept studies open the door to using multiple spinach leaves to grow layers of healthy heart muscle to treat heart attack patients. 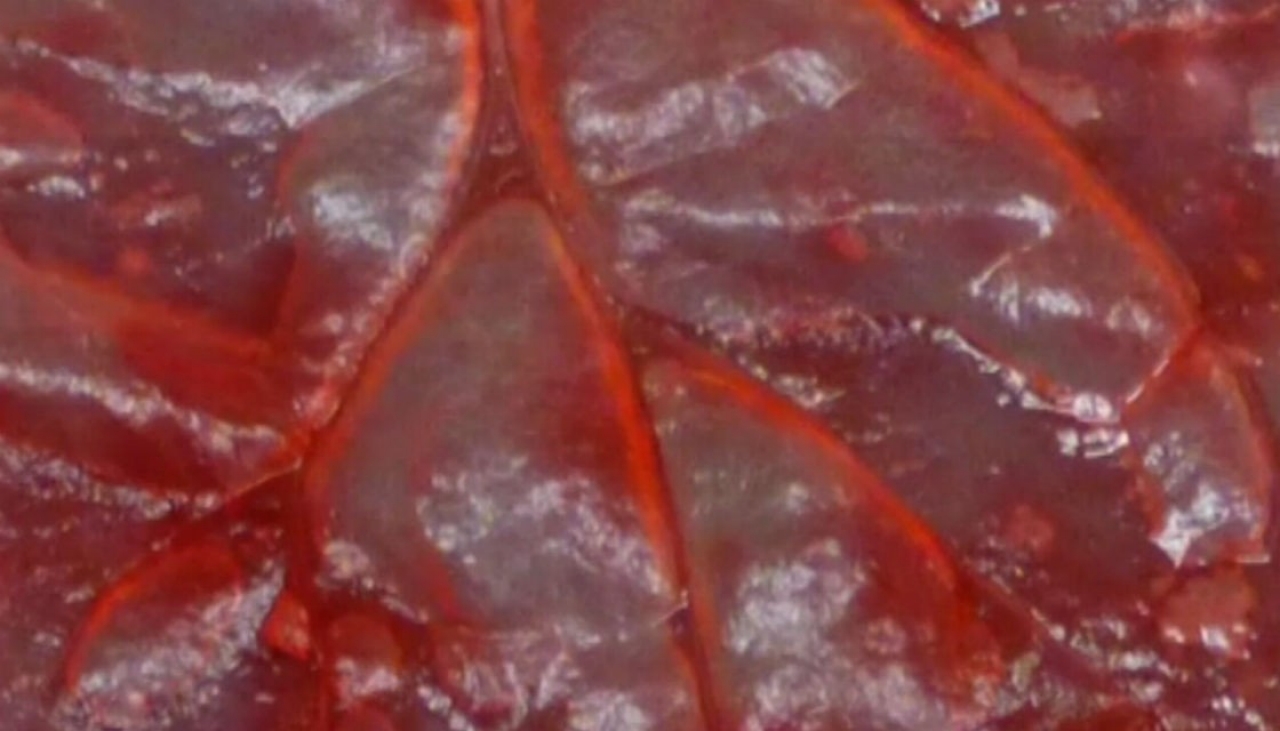 Yes, Glenn Gaudette, PhD loves spinach. But with his latest research in which he and his team are using decellularized spinach leaves as scaffolds for growing human heart cells, he doesn’t just see it as a good way to get his iron. In fact, when Gaudette, professor of biomedical engineering at WPI, eats a salad of many veggies, he’s looking at a plate full of potential. “When I look at plants, I think, ‘What can I use these for?’” he says. “There are so many opportunities out there.” Gaudette is the corresponding author of “Crossing kingdoms: Using decellularized plants as perfusable tissue engineering scaffolds,” published online in advance of the May 2017 issue of the journal Biomaterials. Graduate student Joshua Gershlak is first author. 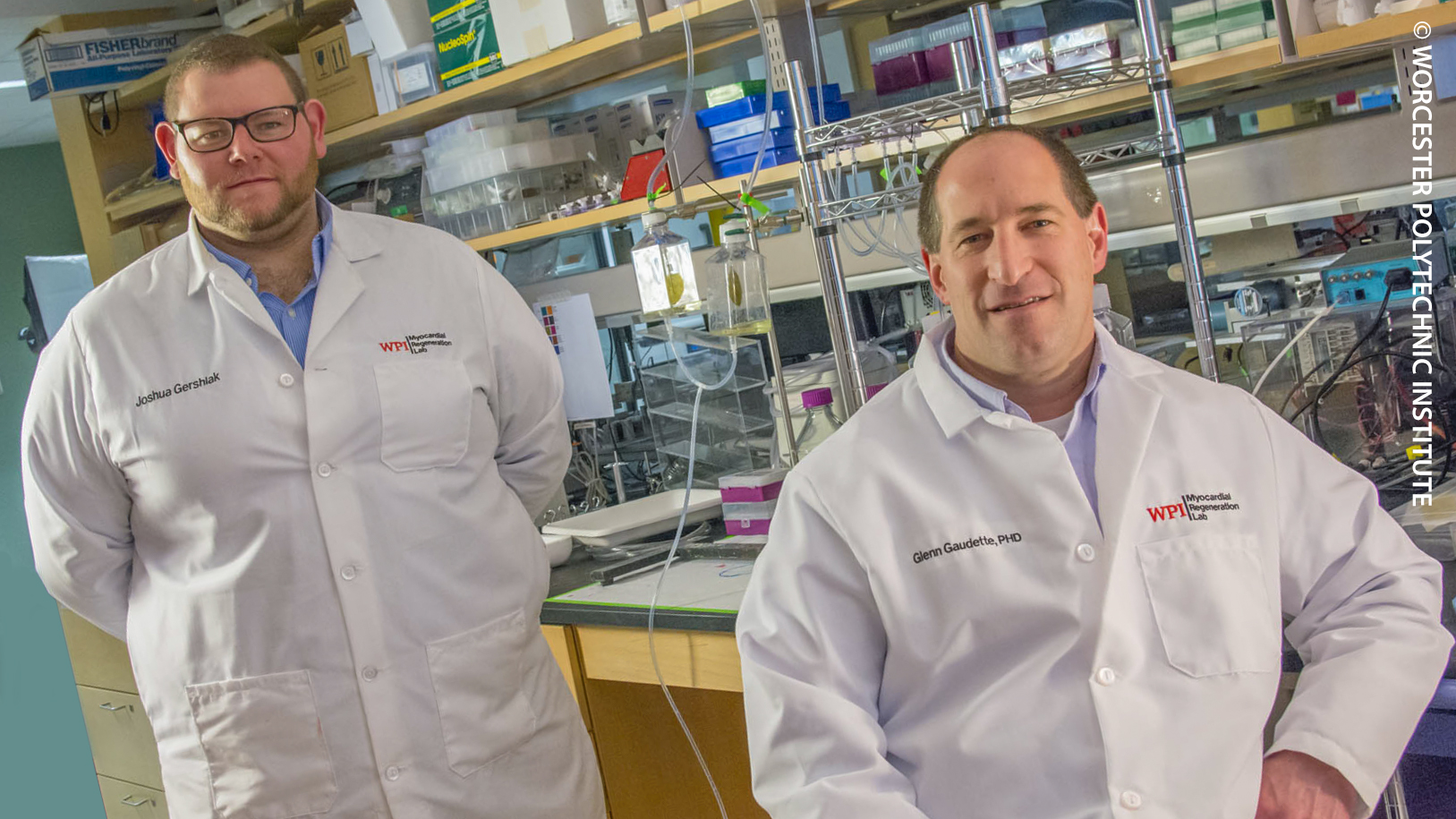 With the spinach research only the latest to emerge from his Myocardial Regeneration Lab, he is particularly excited that others can see the potential in a project that might seem almost otherworldly. Gaudette landed in the cardiac field by chance. As a grad student, he started applying the principles of mechanical engineering to blood vessels. He landed a job in a cardiac surgery research lab and was thrilled by the possibilities of engineering applications with an organ that is a powerhouse in the body. “That really got me excited,” he says. At WPI he collaborated with WPI scientist Pam Weathers, PhD, professor of biology and biotechnology, and others in her network. Working with scientists in Arkansas State University-Jonesboro and the University of Wisconsin at Madison, ideas of using plants in human applications wove together. The team focused on the vascular structure of the common spinach leaf and how it mimics the heart’s structure. 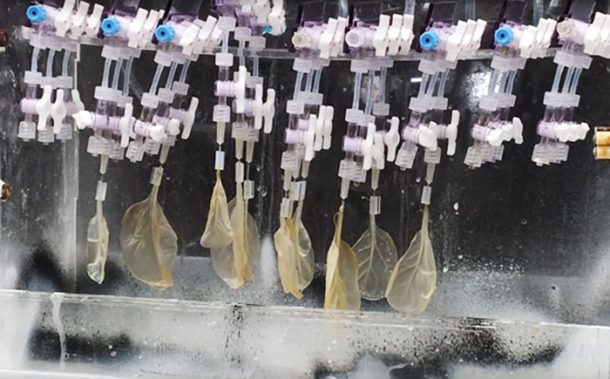 With almost unlimited possibilities for research into the heart, one was particularly troubling. “We knew we had issues to overcome in cardiac regeneration,” he says. Of all the body systems, the heart blends science and engineering in a way that makes scientists almost wax poetic. “The heart is such a beautiful organ,” Gaudette says. “It’s all there. There’s fluid dynamics, solid mechanics. There’s electrical activity going on in there. There’s chemistry in there. Clearly biology. And it’s all together in one place. It’s amazing to me. Biomaterials ... there’s so much there. It’s fantastic.” 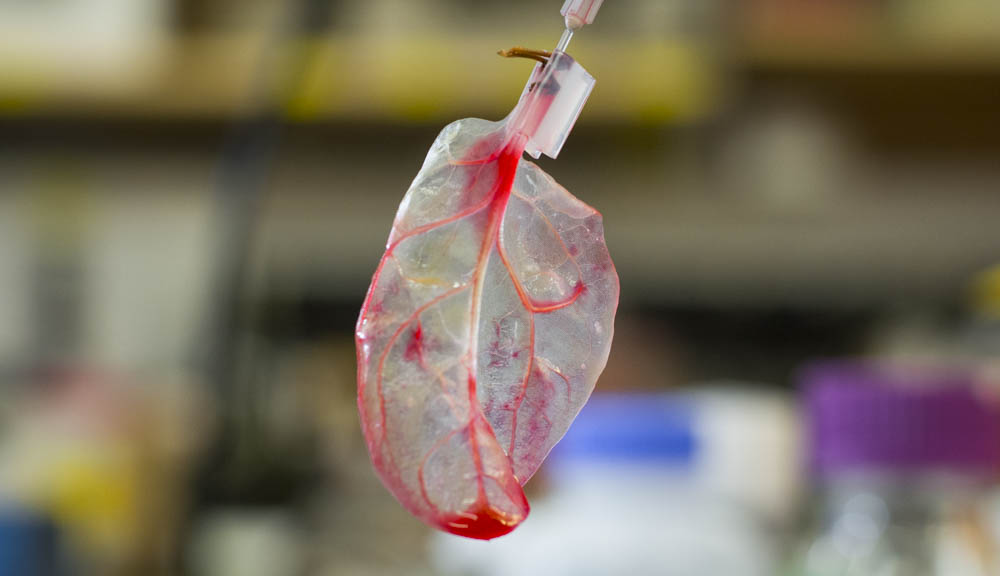 For something that intricate, finding the right combination of science and engineering applications and solutions is a challenge. “It’s so complex," he says. "There’s chemical engineering, electrical engineering, mechanical, obviously biomedical. It’s all right there.” 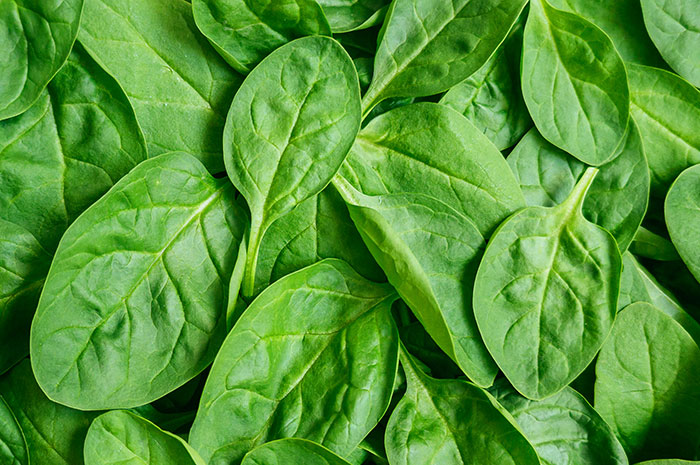 While the public might be initially perplexed by the “hearts on spinach” idea, other scientists get it almost immediately. In fact, Gaudette says many colleagues "have a similar response: ‘Why didn’t I think of that?’ I hope the research, in addition to pushing the field forward, gets people to think of other opportunities that are there. What else can we use plants for? Can we take advantage of this plant kingdom?” 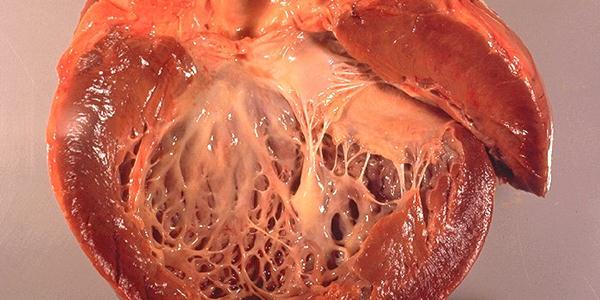 “Our goal is always to develop new therapies that can treat myocardial infarction, or heart attacks,” he says. “Unfortunately, we are not doing a very good job of treating them today. We need to improve that. That’s still our goal and we think this is a great step.” And when he meets people who live with cardiac disease or heart defects, he knows his research can make a direct impact on humanity. “To me that’s what it’s all about from a research point of view,” he says. 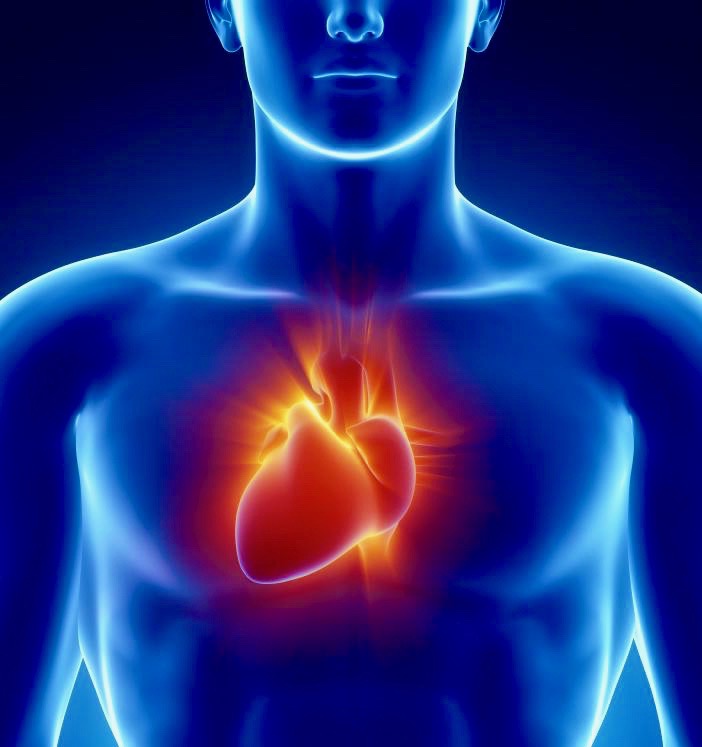 “The heart is such a beautiful organ. It’s all there. There’s fluid dynamics, solid mechanics. There’s electrical activity going on in there. There’s chemistry in there. Clearly biology. And it’s all together in one place.

On campus, students are excited for him, but he’s just as thrilled to be able to stand up in front of them in a lecture hall or in a lab and show them what research is all about and what can happen when you take a new look at an old problem. Gaudette says the work has also given him the satisfaction of showing his students that he does what he asks them to do. “I’ve been doing a lot of work with the Kern Family Foundation practicing the entrepreneurial mindset—and this is an example of practicing what I preach,” he says. Discovering a potentially life-saving technique by using something as common as a spinach leaf shows students the value in thinking outside the box. “We have that mindset that we're trying to look at things differently,” he says, “and that’s what we're trying to instill in our students.” 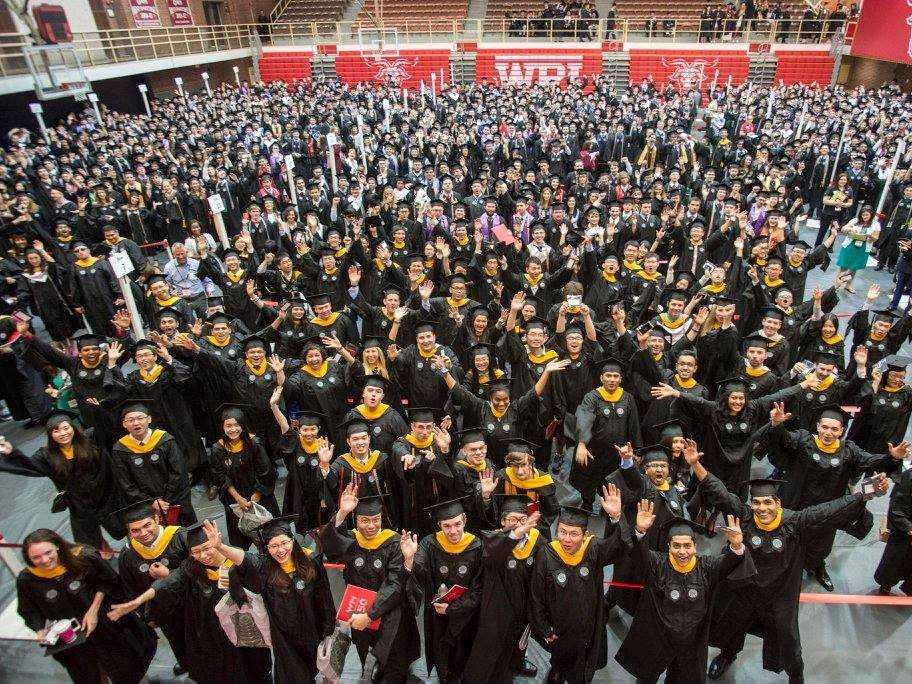 And while all the media attention places him in the spotlight, he also wants to shine it on the next generation of scientists who are working together to make incredible discoveries.  “Talking about the research, the students drive this,” says Gaudette. “We are so fortunate to have fantastic students—undergraduate and graduate—and colleagues and faculty who are so supportive. It’s not like that everywhere. We take this for granted sometimes, but we are so lucky here.” 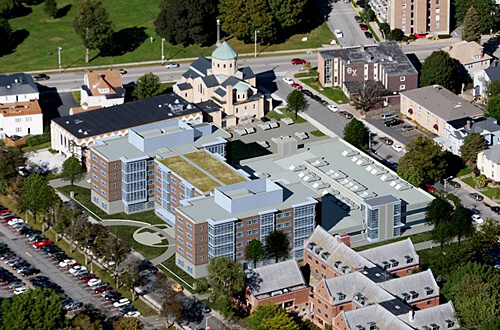