David Hockney - A Book of Paintings and a "History of Pictures"

Beloved for his cool, crystalline paintings of sunlit California bungalows and poolside male nudes of the 1960s and ’70s, David Hockney is often called Britain’s greatest living artist and even the world’s most popular living painter. The cult of Hockney, who is now 79, continues with a batch of new books, including the catalog to “82 Portraits and 1 Still-Life,” mounted at the Royal Academy of Arts in London last summer, and “A History of Pictures: From the Cave to the Computer Screen,” a lavishly illustrated dialogue between the artist and the art critic Martin Gayford.

“Pictures,” Hockney and Gayford write in their preface, hinting at their thesis, “have seldom been considered as a single category in themselves.” Photography, painting and cinema, Gayford elaborates, all belong to a common history that “spills over the normal boundaries between high and low culture, moving images and still ones, even good and bad ones.”

Many of the ideas in “A History of Pictures” are indebted to Hockney’s 2001 book “Secret Knowledge,” which controversially argued that old master painters from Van Eyck to Ingres employed various proto-photographic gadgets — such as the camera obscura, the camera lucida and the convex mirror — in their optical capture of the world. But “A History of Pictures” is less a coherent theory than a very sophisticated chat, embellished with a princely collection of images guided by Hockney’s particular tastes. Unimpeachable masterpieces like Velázquez’s “Las Meninas” join art historical rarities: a woozy early Vermeer; a seminude Orientalist photo shoot art-directed by Eugène Delacroix; Ellsworth Kelly’s abstraction of two contiguous curved volumes said to slyly represent “two boys’ bums together”; a composite photograph of Abraham Lincoln with a Mathew Brady head shot of the president grafted onto the body of the pro-slavery statesman John C. Calhoun. 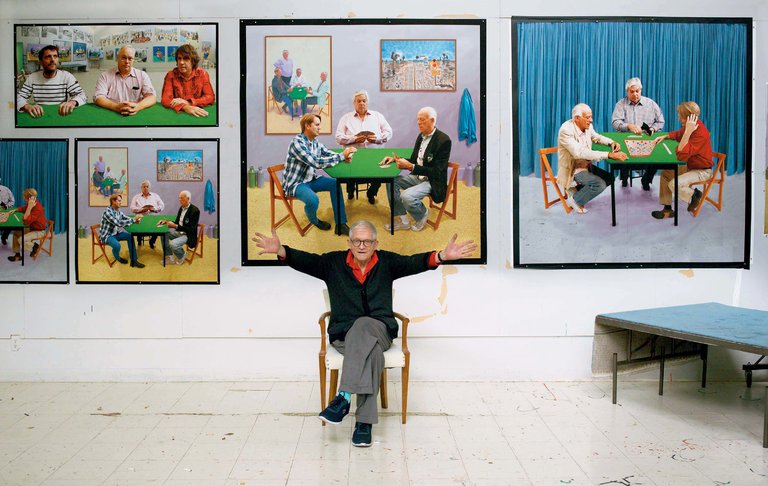 Hockney isn’t the first to call for a history of pictures. In the crucible of the 1990s culture wars, this egalitarian impulse was institutionalized under the banner of “visual culture,” a new interdisciplinary field intended to redress the perceived elitism of art history, its canon of genius and its hierarchies of value. Yet here the word “pictures” also has a certain gentlemanly flavor, carrying echoes of the 18th-century aesthetic cult of the “picturesque,” a characteristically British tempering of the excesses of Continental romanticism. 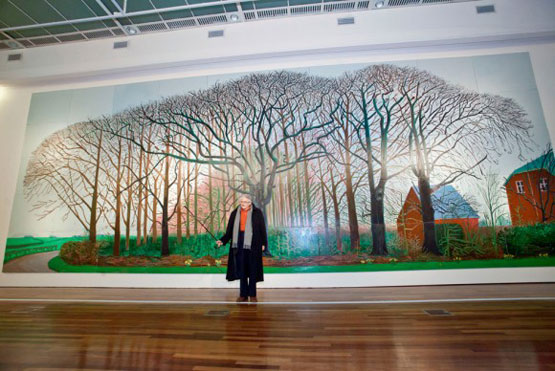 Consequently, Hockney and Gayford’s tête-à-tête seems more a pretext for ingenious formal comparisons — between, for instance, Ingrid Bergman’s misty eyes in “Casablanca” and Titian’s “Repentant Mary Magdalene”; the tempestuous seas in Disney’s “Pinocchio” and Utagawa Hiroshige’s “Naruto Whirlpool” — and less a method of transcending old ideas of what “high culture” looks like. One needn’t squint very hard to see, in the first sentence of the book’s introduction, the polemic against Marcel Duchamp and, more sharply, his prodigal British son, Damien Hirst. “I once saw a wonderful painting of an owl by Picasso,” Hockney writes. “Today, I suppose, an artist might just stuff the bird and put it in a case: taxidermy. But Picasso’s owl is an account of a human being looking at an owl, which is a lot more interesting than a preserved specimen.”

Throughout the book, there’s an almost moral insistence on the virtues of painterly observation over the instantaneous, alienated gaze of photography. “I don’t know whether photography is an art,” Hockney admits. Some pictures, in his eye, are more equal than others.

A Tom Daley nude portrait by artist David Hockney (November 24, 2017) has gotten the diver’s seal of approval: Daley stopped by the esteemed Los Angeles County Museum of Art (LACMA) to check out “82 Portraits and 1 Still-Life,” a new exhibition by the 81-year-old gay artist. Husband Dustin Lance Black snapped an Instagram of the out diver recreating the charcoal-and-crayon drawing’s revealing pose. 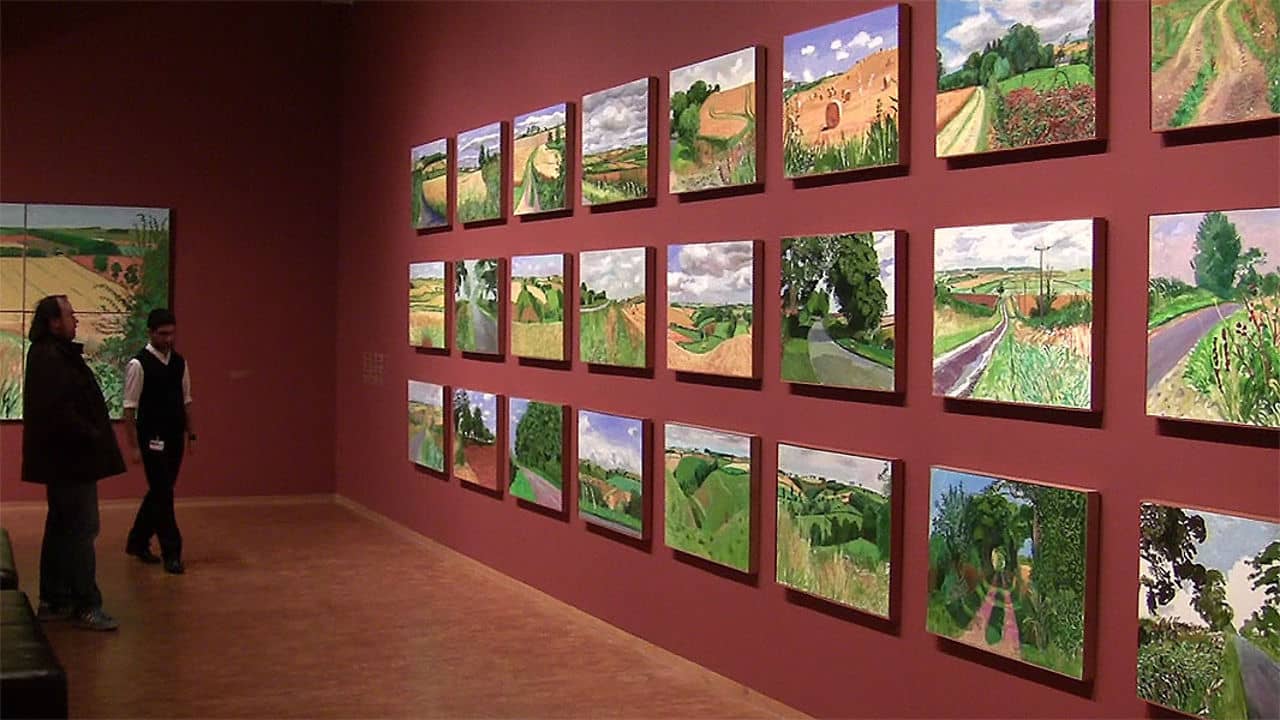 If, for all its eclecticism, “A History of Pictures” affirms the exceptionalism of painting, then Hockney’s recent exhibition at the Royal Academy secures his position as the custodian of that stately tradition. As the art historian Tim Barringer writes in the show’s catalog, the 82 portraits Hockney made between 2013 and 2016 represent “a vigorous reassertion of the value of painting against photography and the digital realm of image-making” (and perhaps a return to order after Hockney’s exhibition of iPad-drawn landscapes there in 2012).

Executed over a three-day period, each 4-by-3-foot portrait has the subject seated on a white upholstered chair against a two-tone background. Hockney’s sitters are culled from his rarefied social orbit. Most aren’t recognizable (“Celebrities,” he says in an interview transcribed in the catalog, “are made for photography. I don’t do celebrities”), though one might pick out the gallery tycoon Larry Gagosian, the superstar architect Frank Gehry and the textile designer Celia Birtwell, the willowy, neo-Edwardian mondaine of Hockney’s famous double portrait “Mr. and Mrs. Clark and Percy” (1970-71). 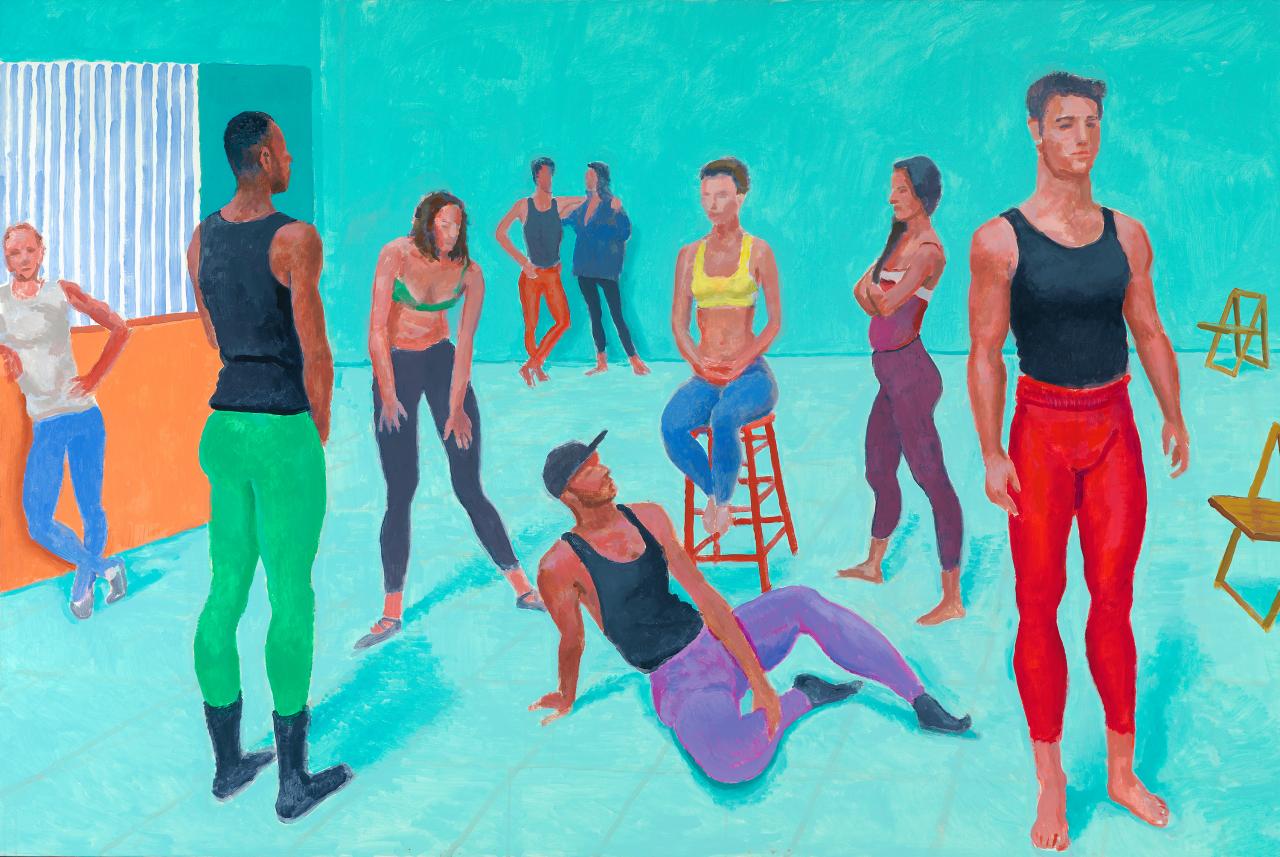 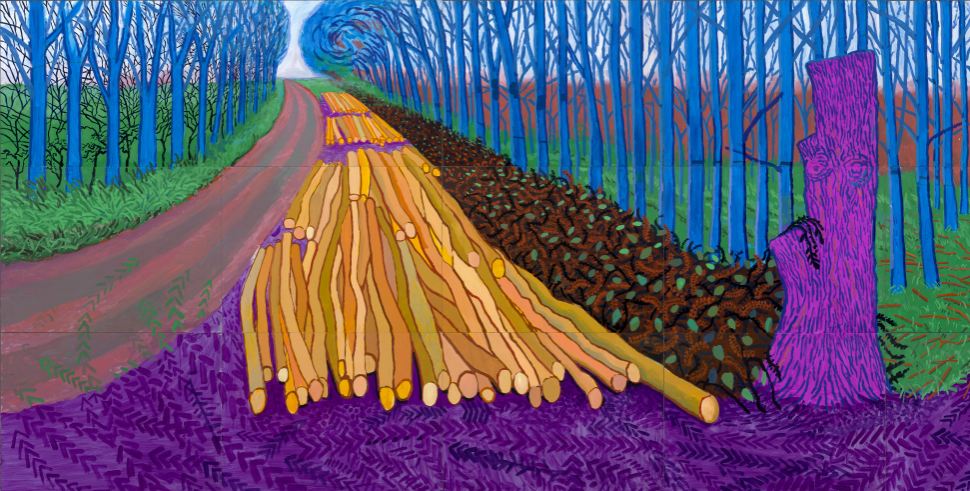 “Painting can’t die,” Hockney insists in the interview. He’s probably right. For its believers, painting will continue to offer an alternative to the diminished attention and visual glut of our image-saturated environment. As reproduced in the catalog, these new portraits don’t seem like the best arguments for paintings’ immortality (though, in all fairness to the artist, this might lend support to his point about photography’s deficiencies). Either way, the cult of Hockney will persist, if not for the greatness of his late works then for the idea of greatness they preserve.