The firm's technology is based on the use of optical vision systems with motion detection algorithms, unlike many other systems which use a combination of visual detection, radar, and laser scanning. The firm's vehicle detection algorithms recognize motorised vehicles such as cars, motorcycles and trucks, in day and night time conditions.

The firm's version performs its vehicle detection based functions using a single camera mounted in the rear view mirror, unlike the usual approach of using radars, laser scanners or in some cases stereo-cameras. In 2011 the firm introduced the world's first OEM production of vision-only forward collision warning system on multiple BMW, GM and Opel vehicles. 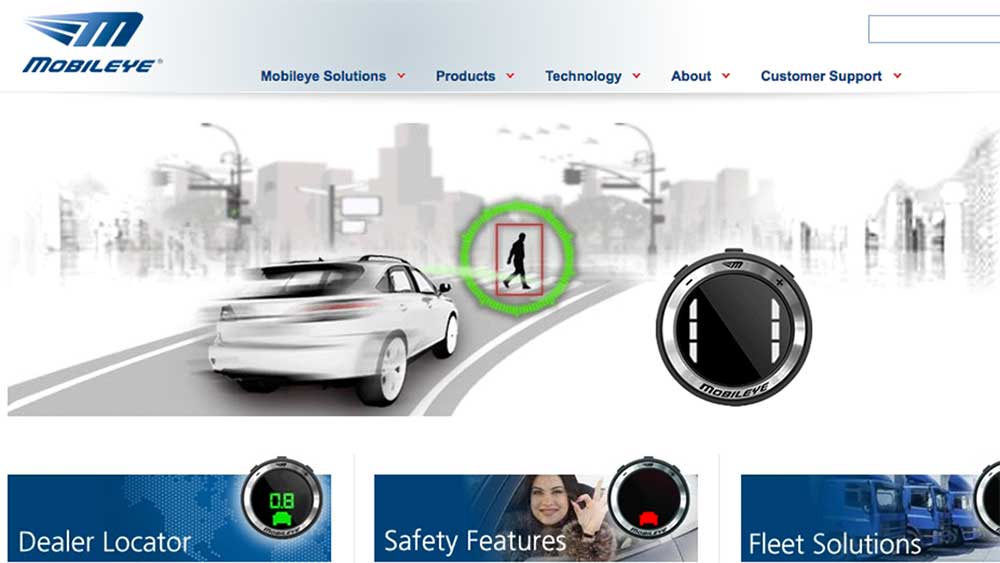 Lane departure warning systems are in-vehicle electronic systems that monitor the position of a vehicle within a roadway lane and warn a driver if the vehicle deviates or is about to deviate outside the lane. Mobileye's version was launched in multiple production platforms through 2007 and 2008 with GM, BMW and Volvo. 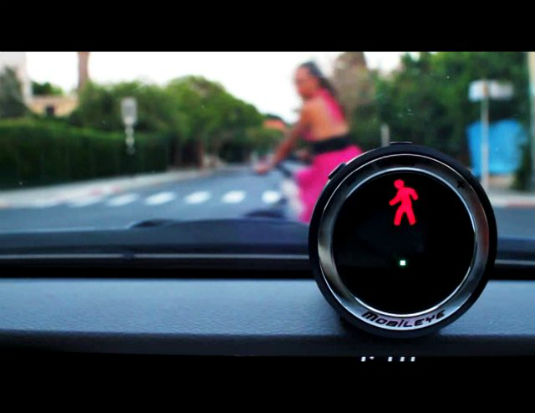 The firm's pedestrian detection technology is based on the use of mono cameras only, using pattern recognition and classifiers with image processing and optic flow analysis. Both static and moving pedestrians can be detected to a range of around 30m using VGA resolution imagers. 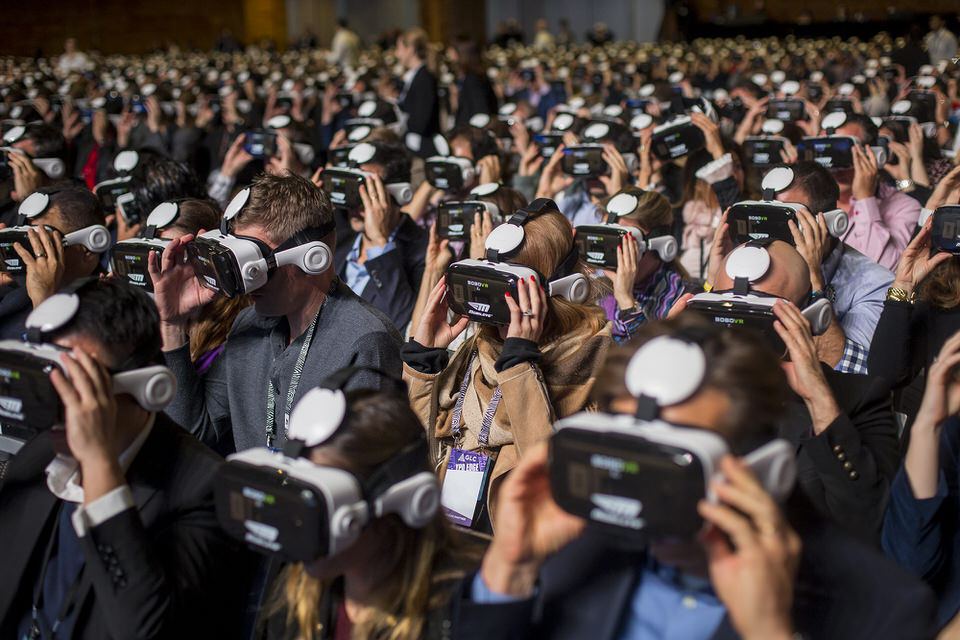 The firm announced in 2008 that by mid-2010 they would launch a world's first application of full emergency braking for collision mitigation for pedestrians Mobileye announced in May 2009 as part of the next generation Volvo radar-vision fusion system which also provides lane departure warning and vehicle detection with radar-vision fusion for an enhanced collision mitigation by braking system on the next Volvo S60 vehicle.

Meet BMW's Shapeshifting, Self-Driving Car of the Future from Futurism on Vimeo.

Since 2008, BMW 7-Series cars are equipped with the Mobileye traffic sign recognition systems, developed in cooperation with automotive supplier Continental AG. Adaptive highbeam systems automatically raises and lowering the high beams without inconveniencing oncoming or preceding traffic. The firm's version, Intelligent Headlight Control, is in production on the BMW 7 series. 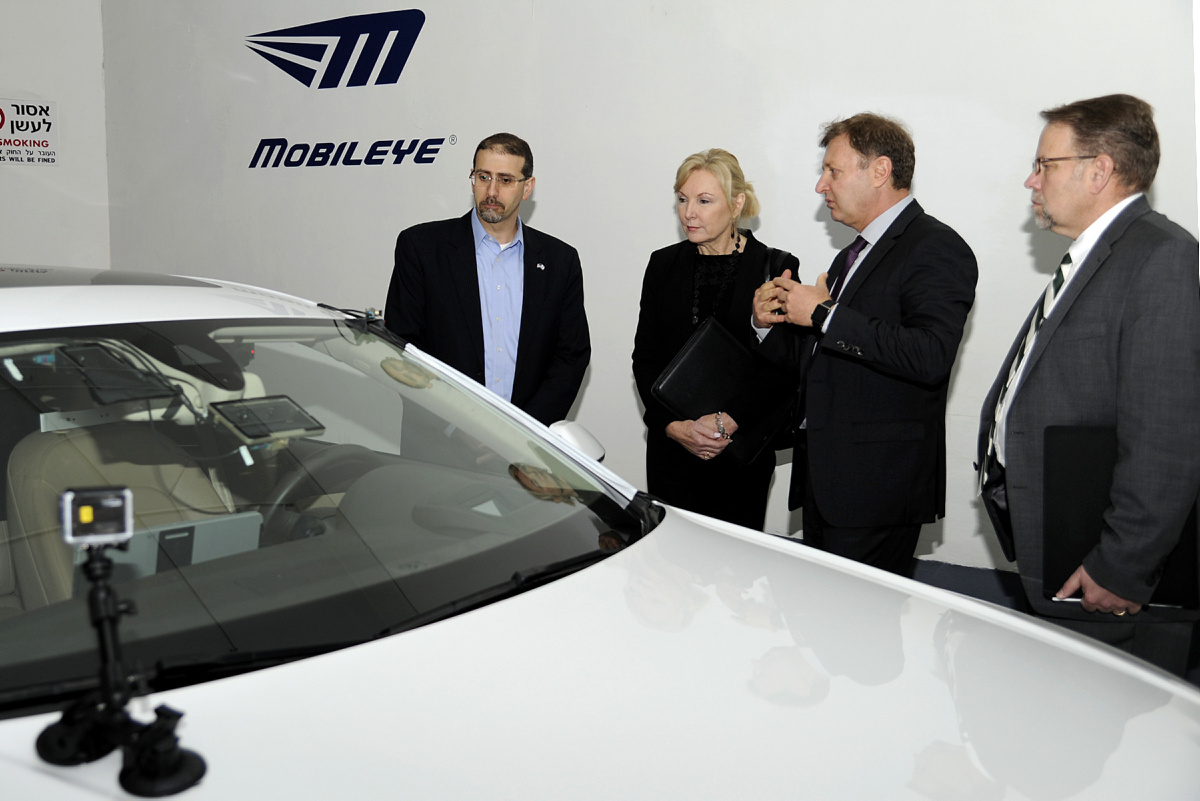 Mobileye headquarters and main R&D centre is located in Jerusalem, Israel.  The company has also sales and marketing offices in Jericho, New York; Shanghai, China; Tokyo, Japan and Düsseldorf, Germany. In March 2017, Intel announced that they had agreed to a US$15.3 billion takeover of Mobileye. The deal is expected to be the biggest deal in the history of the Israeli economy. 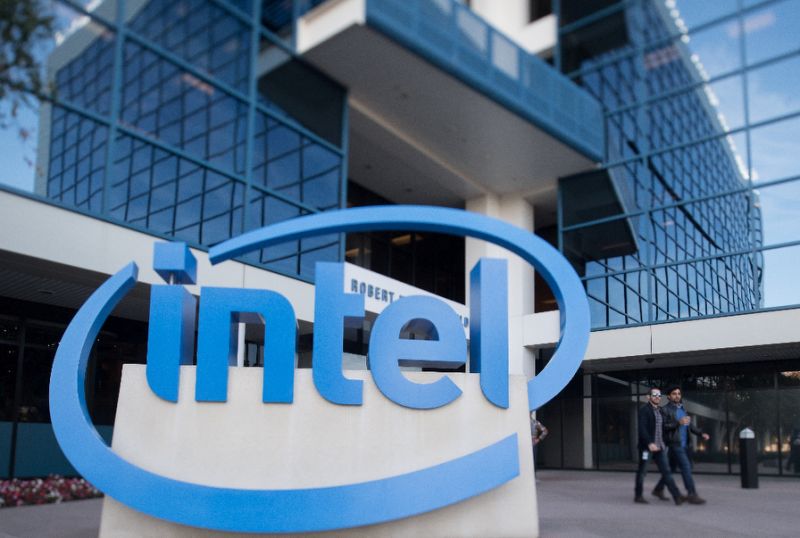 Intel's $15 Billion Purchase of Mobileye Rewrites Driverless Landscape:  The acquisition of Mobileye could propel the world's largest computer chipmaker into the front ranks of automotive suppliers at a time when Intel has been downplaying its core semiconductor business. It also promises to escalate the arms race among the world's carmakers and suppliers to acquire autonomous vehicle technology, and could fuel already-overheated valuations of self-driving startups. The stakes are enormous. Last year, Goldman Sachs projected the market for advanced driver assistance systems and autonomous vehicles would grow from about $3 billion in 2015 to $96 billion in 2025 and $290 billion in 2035. 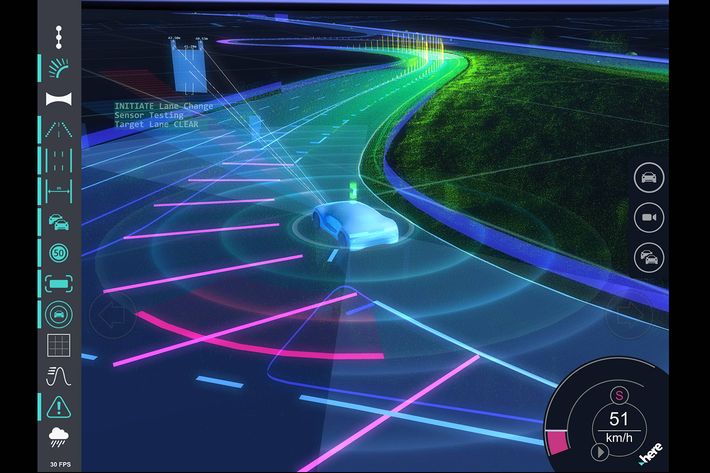