The Politics of Healthy Nutritional Avocados 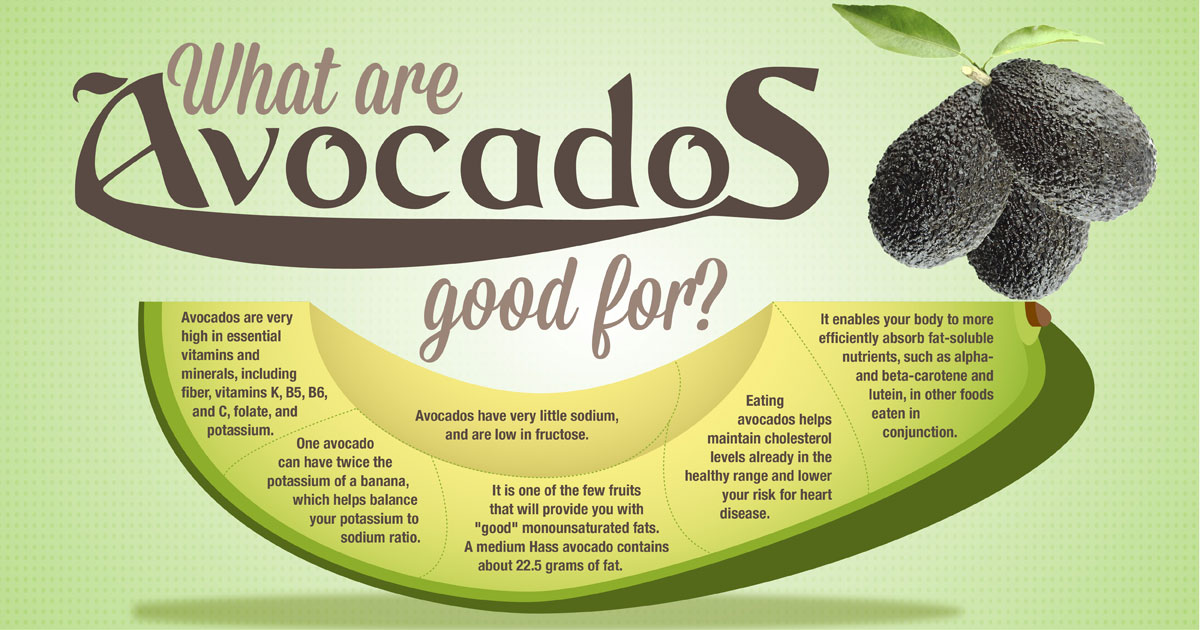 If beans are, as is sometimes said, a musical fruit, avocados are produce’s Forrest Gump. Far from being just a simple superfood with a deceptively tough shell, avocados have popped up, persistently, throughout some of the notable political and cultural controversies of the last century, from the War on Fat to the War on Brunch to the looming Tariff War on Mexico. They even endured, in typical hardy fashion, the Great Pea Catastrophe of 2015, which began when the New York Times encouraged its readers to try adding peas to their guacamole. Guac fans the world over didn't just question the Times' taste. They exploded. 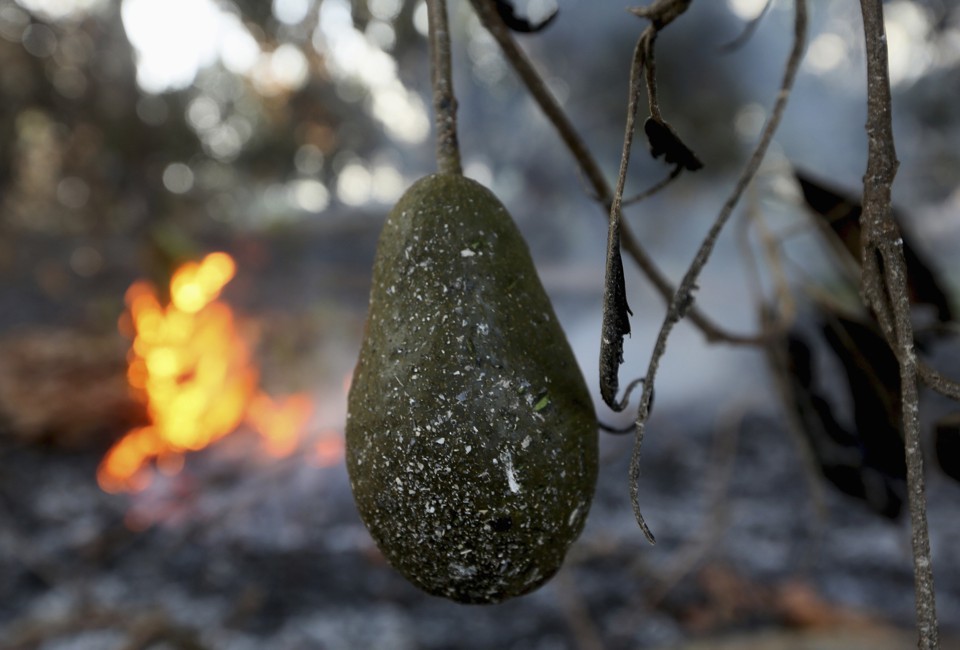 Avocados have, you might conclude, been pitted against history ever since they entered the American diet, and have long experienced collateral damage thanks to mercurial opinions on everything from nutrition to immigration to weevils. This weekend, as the nation consumes an estimated 200 million pounds of avocados while watching the Super Bowl, avocados will inadvertently enter the front lines once more, highlighting the clash between popular Mexican imports and President Donald Trump. Which makes it as ripe a time as any to consider the strangely contentious history of a very nutritious fruit. 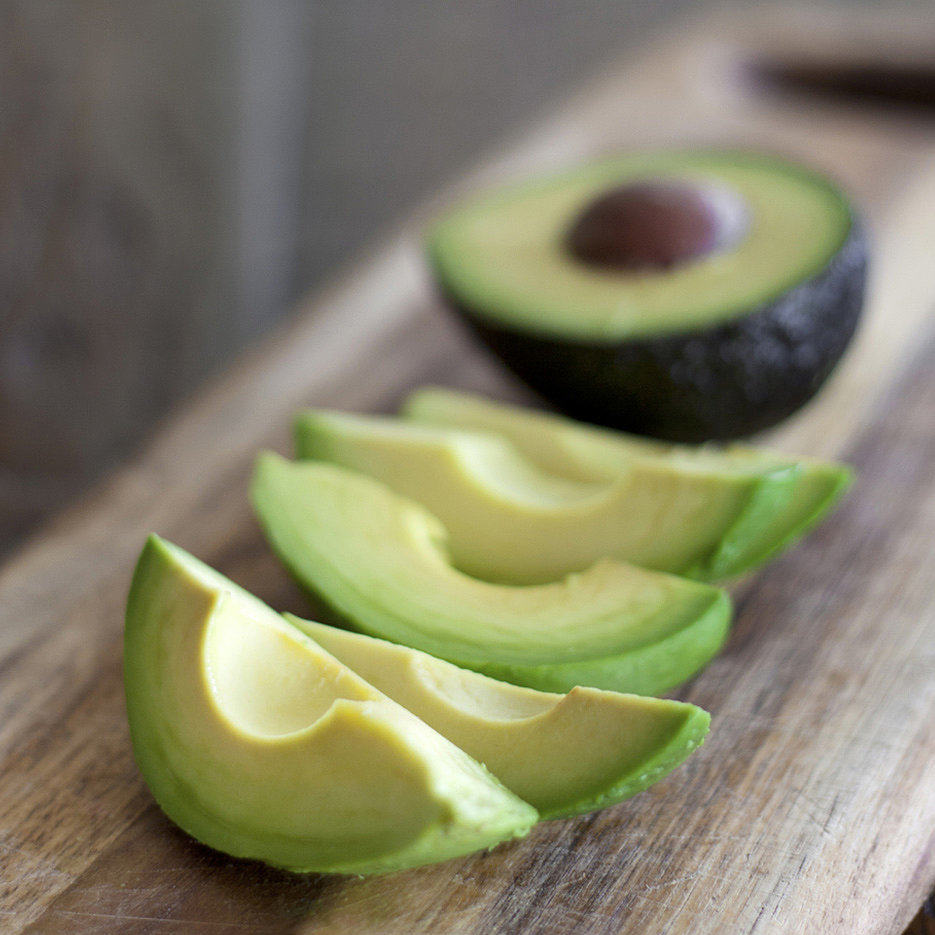 From the beginning, the relationship between avocados and the U.S. was a tricky one. For one thing, their Spanish name, “aguacate,” was difficult for Americans to say. For another, it’s derived from the Aztec word for “testicle.” Avocados were introduced to the U.S. as a crop in the 19th century but not widely cultivated until the early 1900s, when, as Howard Yoon detailed for NPR in 2006, a group of California farmers came together in Los Angeles to debate their marketing problem. They came up with a new name (avocado), a plural form of spelling (no “e”) and a new strategy, forming the California Avocado Association (it persists today under a slightly different name). 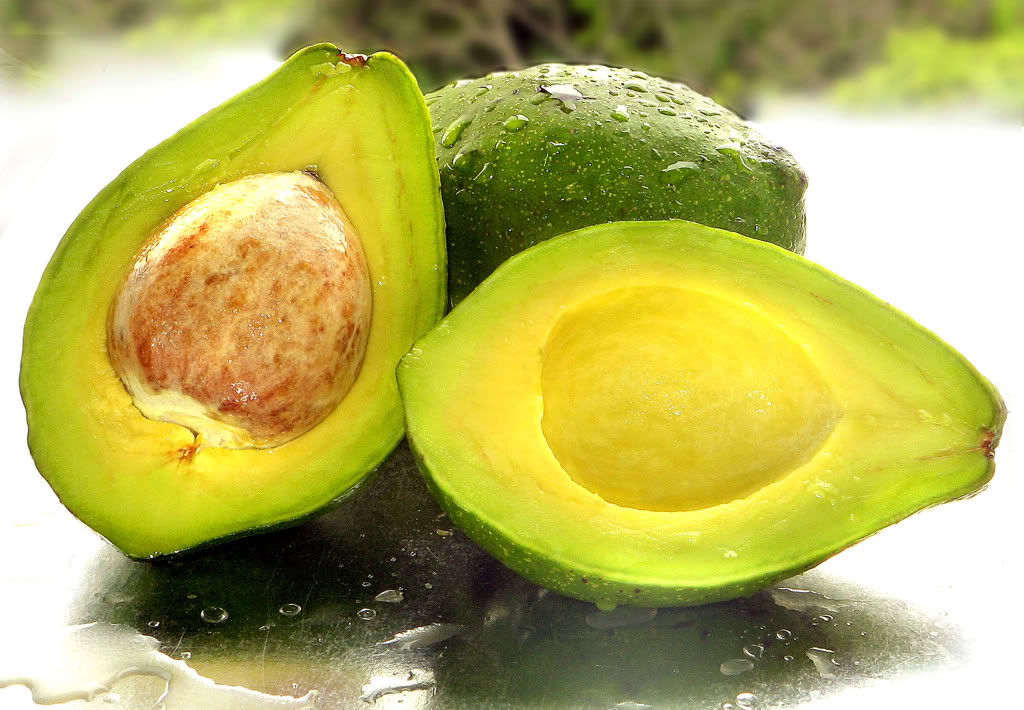 Before the 20th century, avocados were, of course, a staple in Latin American countries, and in Mexico, archeologists estimate that their consumption dates back almost 10,000 years. But in the U.S., home chefs weren’t initially sure what to do with this novel, unsweet fruit. And, as my colleague Olga Khazan reported in 2015, they were prohibitively expensive. So the farmers marketed avocados as a luxury item, playing off ongoing tensions in Europe regarding the rise of communism and the toppling of monarchs. In the late 1920s, ads touted avocados as the “aristocrat of salad fruits.” 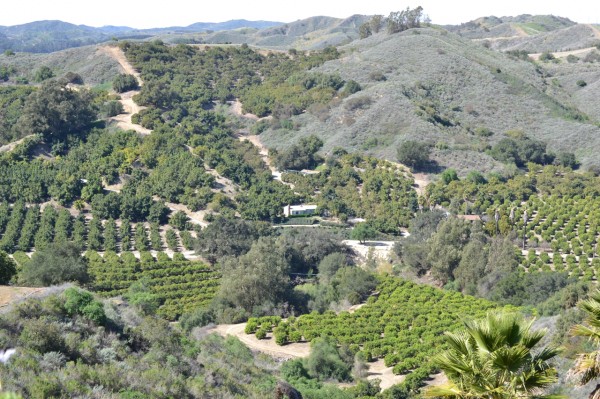 Avocados didn’t catch on widely until the 1950s, when they began to be featured more frequently in salads in restaurants and at home. By that time, 25 different varieties of avocados were being grown in California. But in the 1980s, avocados fell victim to the growing anti-fat movement being touted by nutritionists, who spread the message that dietary fat led to heart disease and obesity. And in the 1990s, after the North American Free Trade Agreement was ratified, American avocado growers were concerned that imports of Mexican avocados would bring fruit flies into the country that would ruin American crops. (Importation of Mexican avocados had been banned since 1914, after U.S. plant health officials declared that weevils posed a danger to U.S. orchards—right around the time that American avocado growers were plotting their own rise.) 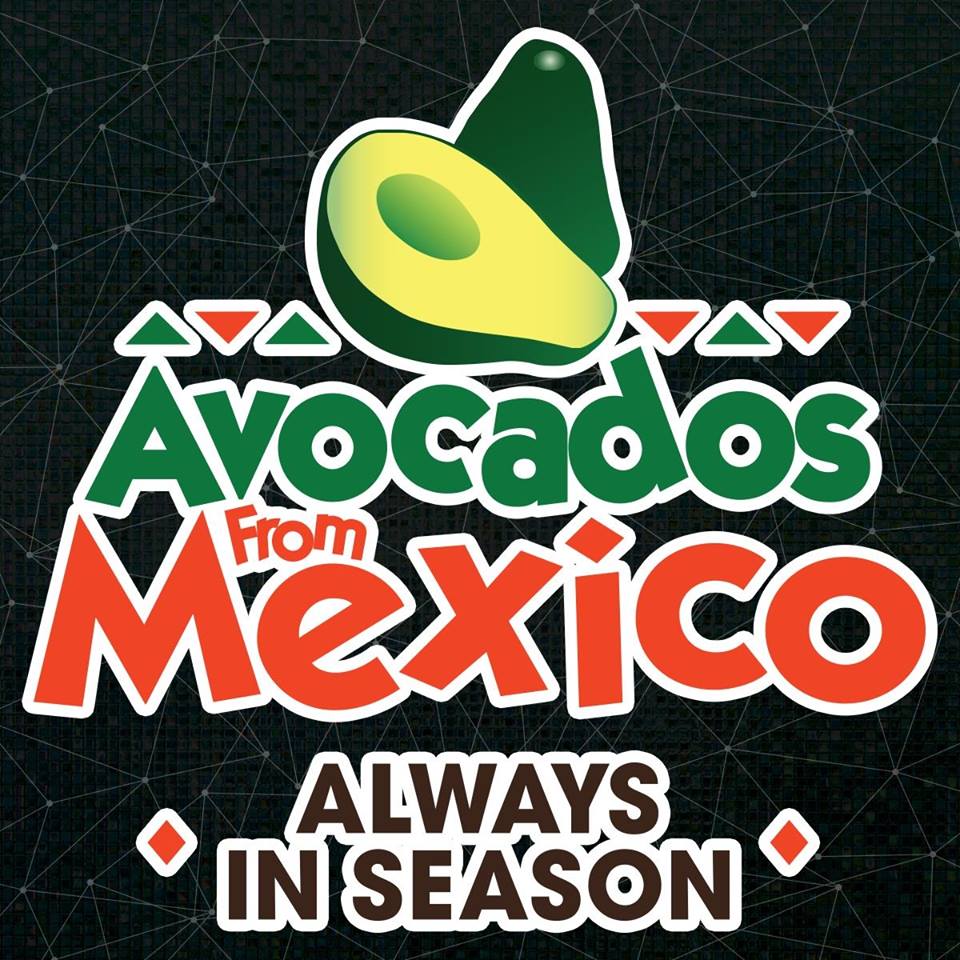 In 1997, the ban on Mexican avocado imports was overturned in 19 states (although not California) after U.S. health inspectors announced they were satisfied with Mexican sanitary conditions following a two-year investigation. Then, in the early 2000s, the low-carb craze gave avocados a boost, with fat suddenly deemed more acceptable. But it was nothing compared to the looming beast on the horizon, the monster trend no one could predict: avocado toast.

Some time around 2014 (writers have searched for the exact origins of the trend), restaurant chefs started mashing avocado with lemon juice, salt, and other pantry staples, and spreading it on toast, occasionally accompanying it with a fried egg or a slice of tomato. Coupled with the rise of Instagram and the growing predilection for sharing pictures of food, avocado toast became an internet obsession. And avocados in general benefited from the uptick. In 2016, as Super Bowl 50 played out in San Francisco, an estimated 139 million pounds of avocados were consumed in the U.S., up from just 99 million pounds in 2014.

Studies have shown that avocados contain a breast cancer-fighting compound known as carotenoids. Eating as little as 2 ounces of avocado (1/3rd a full fruit) per meal greatly enhances the body’s storage of carotenoids.  The vitamin E in avocados also targets breast cancer, as well as prostate cancer – a disease which will kill an estimated 26,120 people this year. The vitamin forces the cells into apoptosis, which is essentially cell suicide. This even works for types of cancer cells that resist attempts at inducing apoptosis with conventional cancer treatment methods. 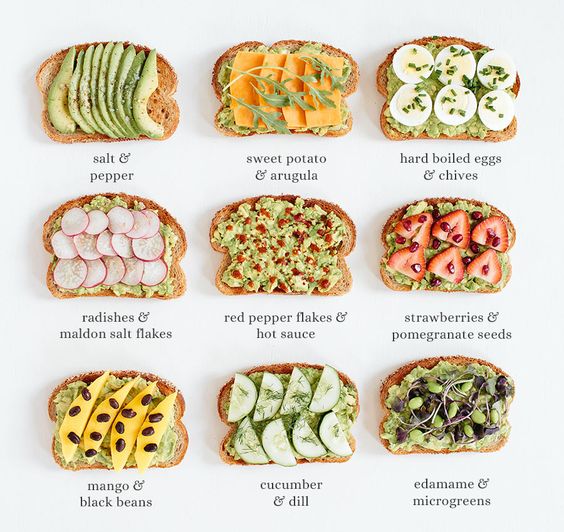 Avocado toast, inevitably, sparked a backlash. In 2015, after the TV chef and domestic goddess Nigella Lawson filmed a recipe for avocado toast for a BBC show, British viewers were unimpressed. “She’ll be teaching us how to make a cuppa next,” one griped. The same year, The New York Times published a recipe for guacamole that featured peas, prompting a debate so furious even the president weighed in. Meanwhile, avocado toast was becoming a stand-in for clueless millennial hipsters and their smugly healthful habits. It culminated in a viral sign at a protest after the November election of Donald Trump: “Put avocado on racism so white ppl will pay attention.”

None of this could change the fact that America had, indeed, become addicted to the fruit, and that in 2016, demand for avocados was outpacing supply. In August, The Guardian asked if hipsters could “stomach the unpalatable truth” about avocados, which was that consuming them in such record numbers was responsible for “illegal forestation and environmental degradation,” not to mention drought (avocado plants are notoriously thirsty), appalling conditions for migrant workers, and orchards controlled by drug cartels. 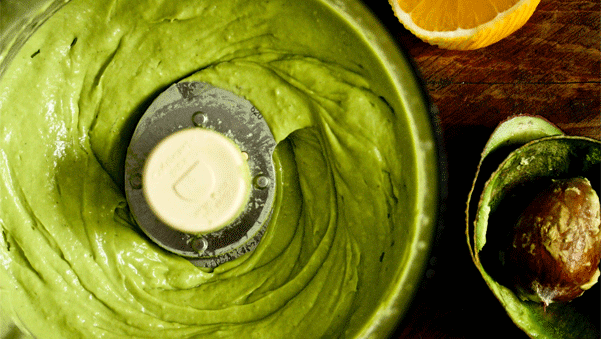 Will it be a consolation, then, that avocados could fall victim to a 20 percent tariff leveled at imports from Mexico to subsidize a border wall? Probably not. By this stage, they’re a bipartisan fruit, beloved by red and blue staters alike. “A 20 percent tax on Mexican imports would punch Americans in the stomach,” Forbes concluded. Meanwhile, as Adweek reported, avocado mentions jumped 371 percent on Twitter after the White House press secretary Sean Spicer suggested the tariff. If anything can unite Americans against a wall, it’s the little fruit with the big stone(s), and as my colleague Conor Friedersdorf has written, using avocados to achieve political ends is just low-hanging fruit.