The Best of the Consumer Electronic Show in Las Vegas 2017

For a design lover, CES can be a—how should we put this—challenging experience. Several hundred vendors from around the world fill not one, but two convention centers on the Las Vegas Strip with every gadget you can imagine—and a few you can’t. 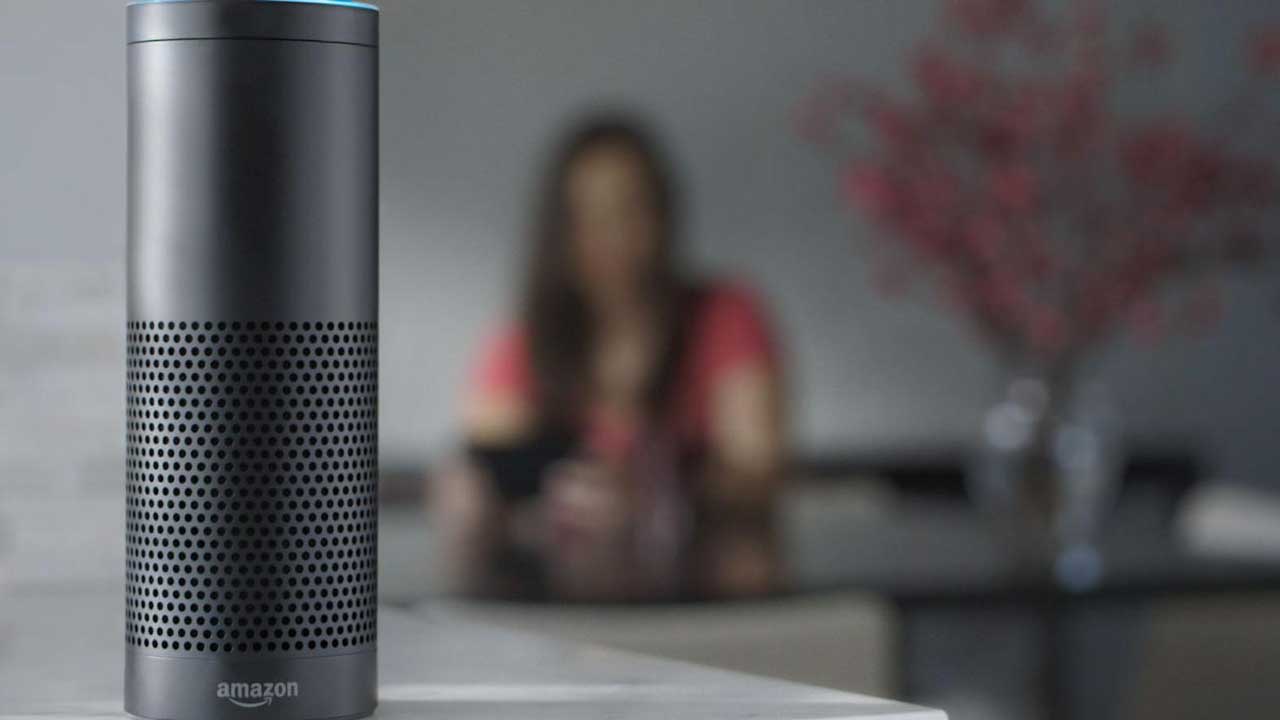 The inescapable trend this year was from a company that wasn't even officially at the show. Amazon's Alexa technology showed up everywhere, from cars, to TVs, to watches, to things that even looked and worked an awful lot like Amazon's own Echo devices. Following are some of the best new consumer Electronic products introduce during CES 2017 that took pleace in early January, 2017

For a design lover, CES can be a—how should we put this—challenging experience. Several hundred vendors from around the world fill not one, but two convention centers on the Las Vegas Strip with every gadget you can imagine—and a few you can’t. (Like, say, a dental floss dispenser with a microchip. Seriously.) The sheer quantity of stuff on show can make the search for compelling designs feel like hunting for an affordable cocktail at the Venetian. And yet, if you can look beyond the hoard of bright, plastic wearables, there’s some legitimately smart designs to be found. Here are the 10 most intriguing products from this year’s show. 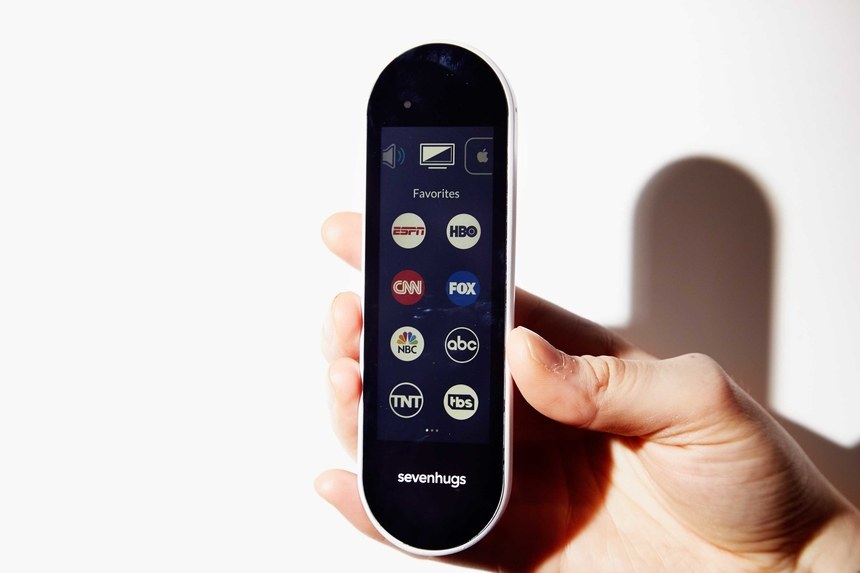 With its new Smart Remote, Sevenhugs makes a cogent case for universal remotes. The gadget connects to a proprietary indoor positioning system that triangulates not only its location in space, but which of more than 25,000 connected devices it’s pointing at. Aim it at a lamp and it might pull up Hue’s app interface. Point it at your TV, and Roku’s UI will appear. That kind of contextual awareness could make a fragmented smarthome experience feel more simple and unified—and a little more like home. 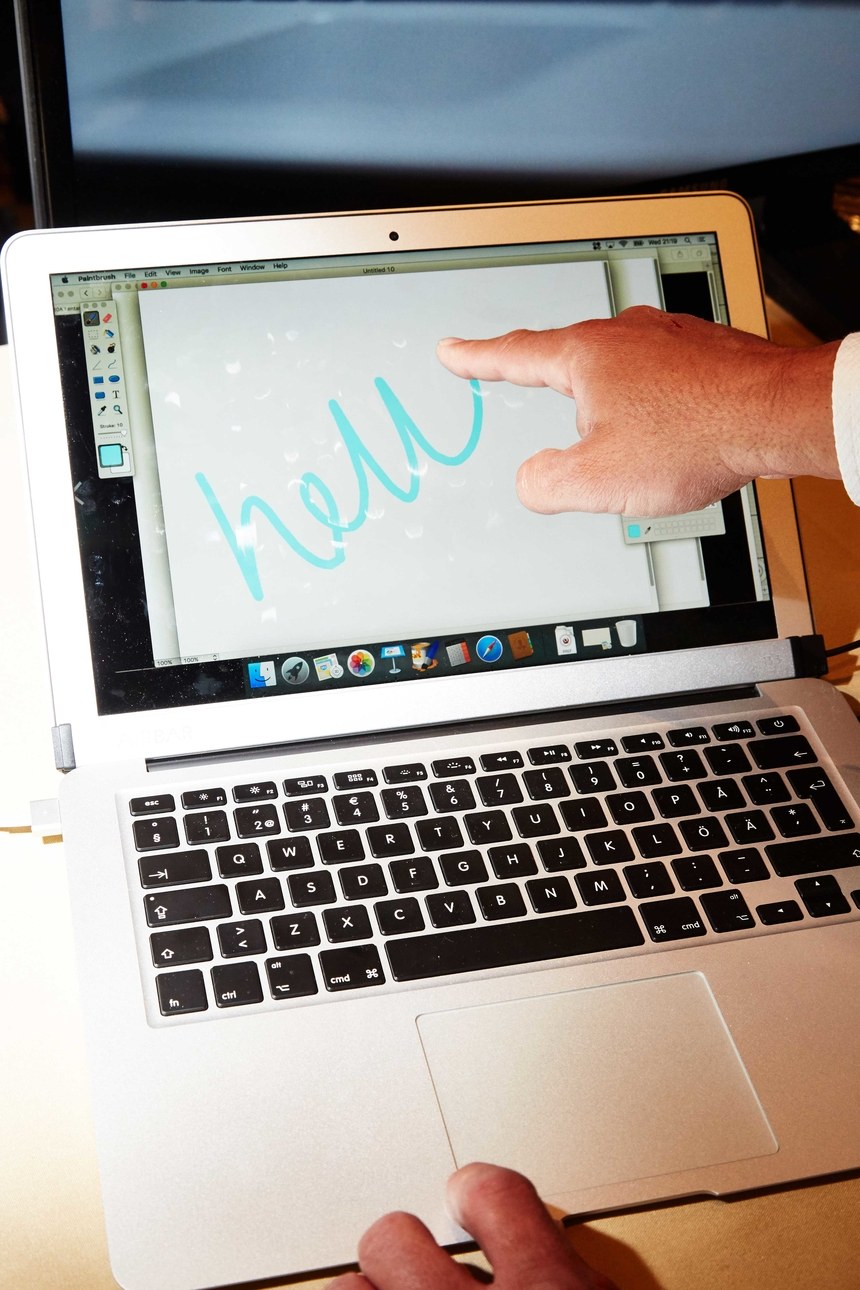 Using your laptop usually means you’re doing one of two things: Clicking a mouse or typing on a keyboard. Now, with the AirBar, you have another choice. The sleek gadget from Neonode attaches to the base of the 13-inch MacBook Air and emits an invisible light field over the screen, turning your laptop into a giant touchscreen. You can tap, swipe, pinch, and zoom like you would on your phone or tablet, all for a fraction of the price of a new device. 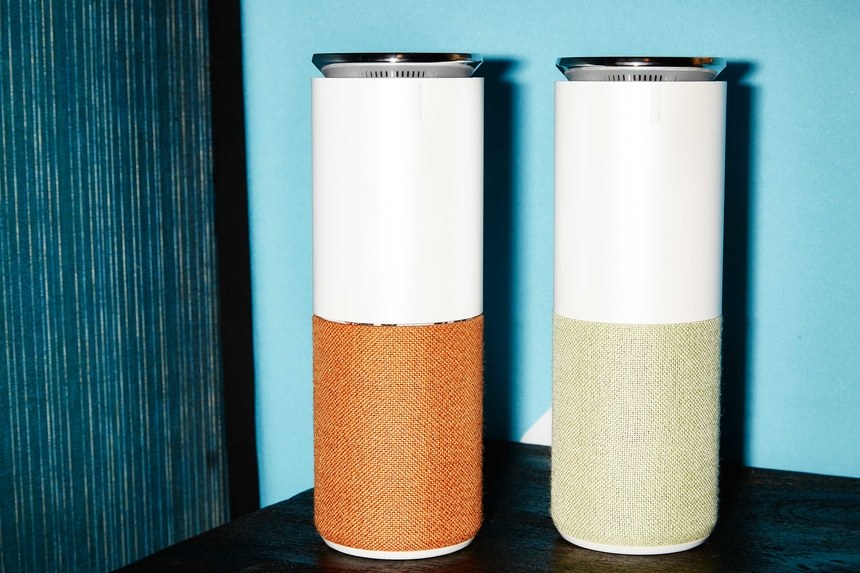 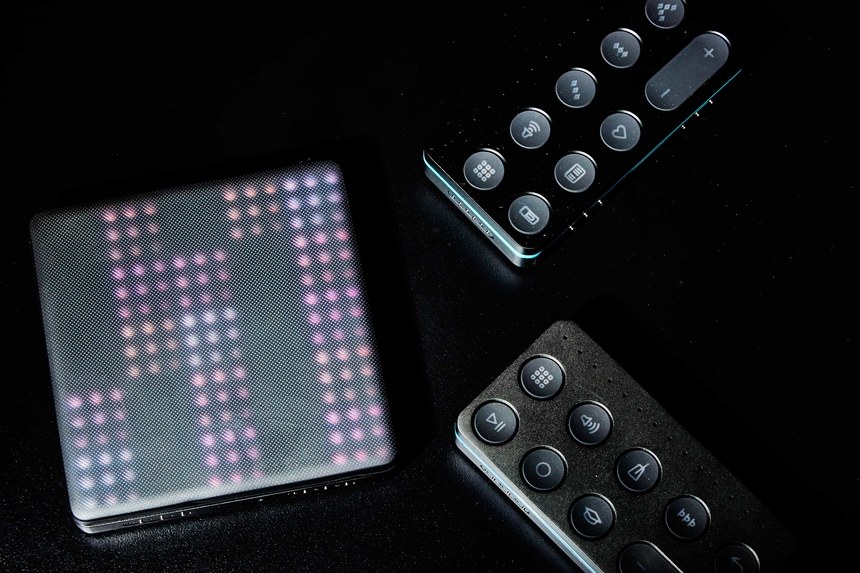 Roli, the company behind the multitouch Seaboard Rise keyboard, is back with a new and equally intriguing instrument. The Blocks Lightpad is a modular synth system that snaps together via magnets into a variety of configuration. But where it really shines is in its responsive pressure-sensitive controls, which translate the nuances of human touch into music in ways a knob never could. 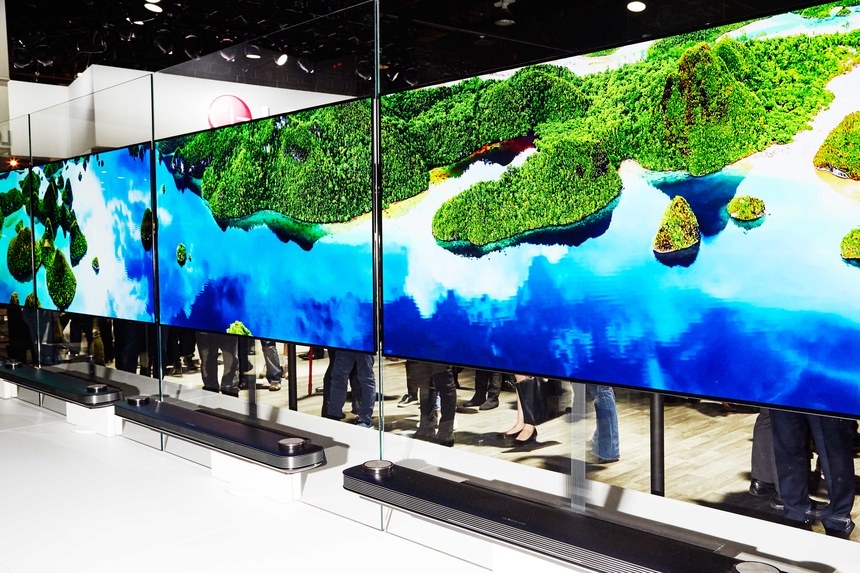 The ambition du jour in the perennial arms race between television manufacturers is making TVs as thin as possible. Case in point: LG’s OLED W7. The company stuck the TV’s guts inside an external sound bar, which lets the 65-inch, 18-pound, 3.85-millimeter-deep display rest against the wall like a poster. Its svelte form factor will make it a seamless centerpiece to any living room, but it’s also easy to envision unobtrusive displays like this one migrating to walls outside the home. 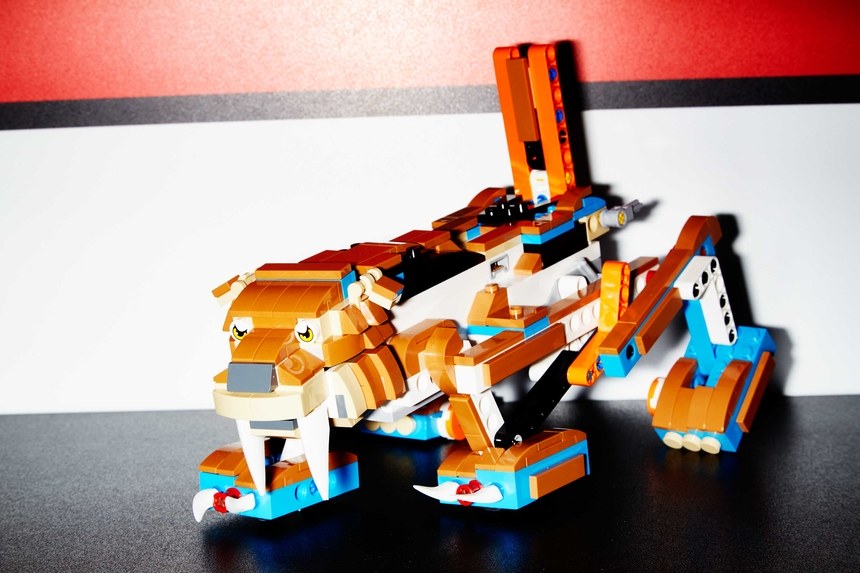 WIRED loves Lego. And for good reason. Since its inception in 1932, the Danish company has built is reputation on making a toy so simple, so intuitive, that anyone can use it. With its new Boost kit, Lego builds on that legacy by giving its toys a little more functionality. Boost lets kids program their creations to walk, roll, flash, and make noise via an app that uses a drag and drop coding language. In a sea of teach-kids-to-code toys, Boost has the biggest advantage of all: It’s actually really fun to play with. 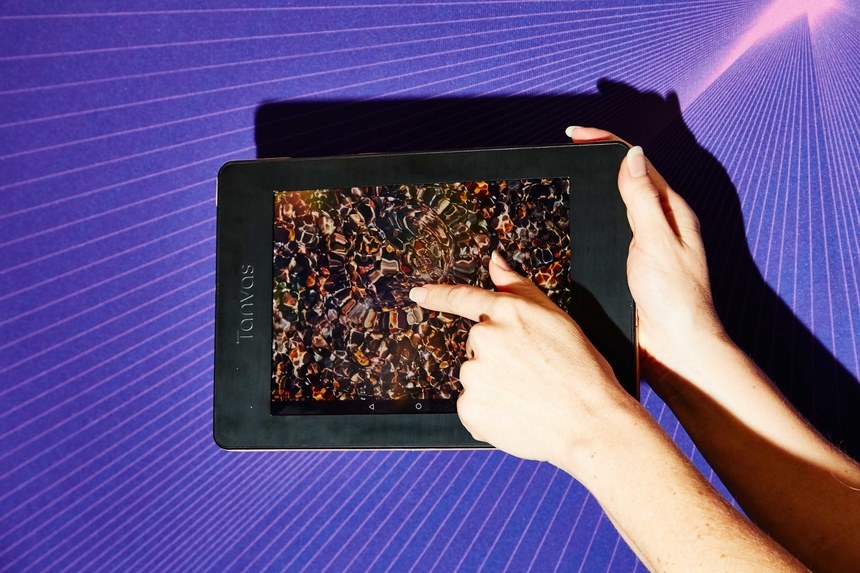 The major shortcoming of a touchscreen is that it’s a screen—flat, glassy, cold. Tanvas is a new technology that imbues displays with haptics to simulate how the things you see on screen feels in the real world. As Tanvas explains it, all the magic happens between your fingers and the screen. Using electrostatic fields to create friction, the company can simulate different textures like choppy, grainy, fine, and wavy, transforming a touchscreen from something you simply touch into something you can actually feel. 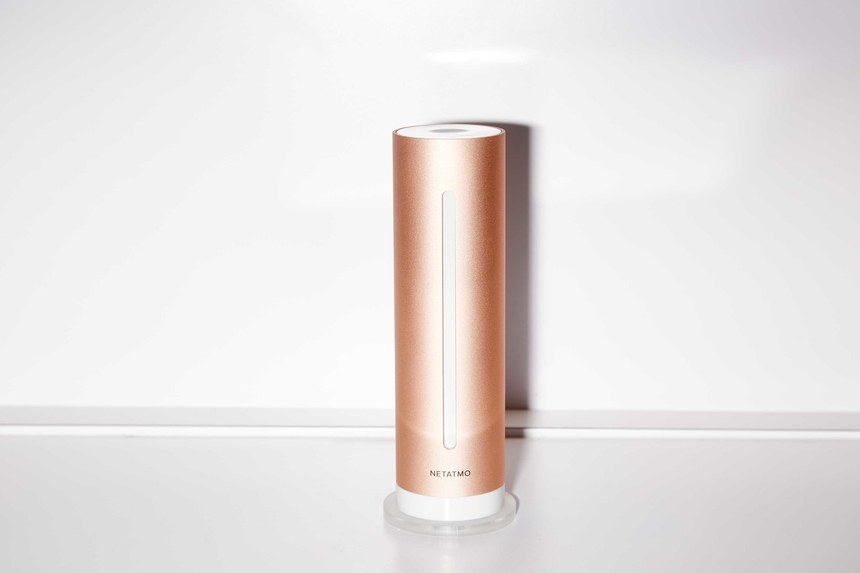 Air quality monitors are like fitness trackers for your home—and, like fitness trackers, everyone seems to be making one. The good looks of Netatmo’s Healthy Home Coach help set it apart. The bronzed cylindrical monitor tracks air quality, noise, temperature, and humidity, and sends that information to an app that helps you make sense of what’s happening in your house—but we’d be lying if we said this device is on this list because of what it can do. Lots of connected gadgets are proving themselves increasingly useful in the home—a big challenge, going forward, will be achieving a distinctive yet appealing look. Netatmo’s Home Coach wins marks on both points. 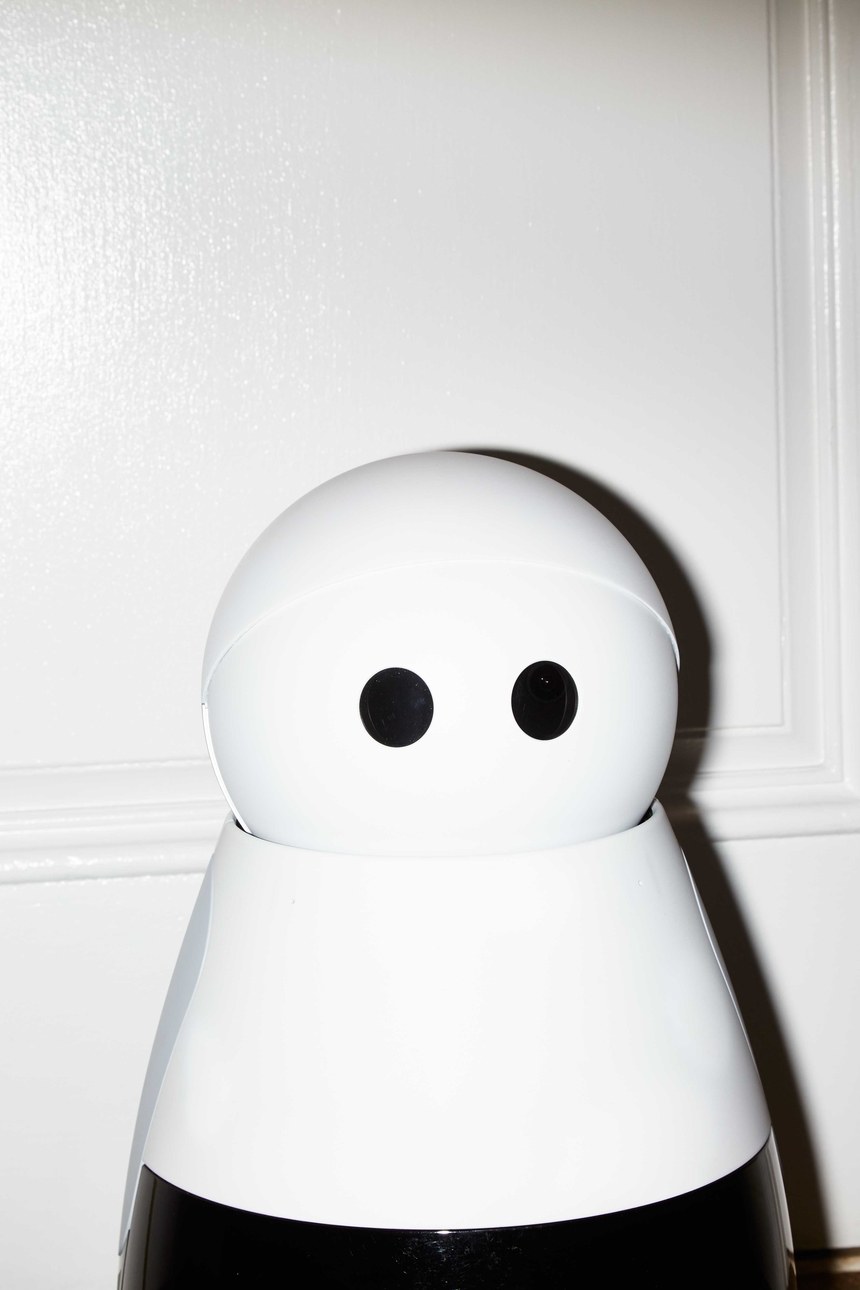 Our homes are full of robots that don’t look like robots. They play music, order groceries, and keep watch when no one’s home. Mayfield’s Kuri isn’t one of those robots. The diminutive bot (it’s 20 inches tall) looks straight out of a cartoon. It has big blinking eyes and sounds like the Sesame Street version of R2-D2. It’s freaking adorable, and that’s why it’s so interesting. Instead of hiding its purpose behind an ambiguously techy design, Kuri fully embraces its role as your robot pet. Whether not you need a bot to take care of menial household tasks isn’t the point—this thing’s so cute you’re going to want it to. 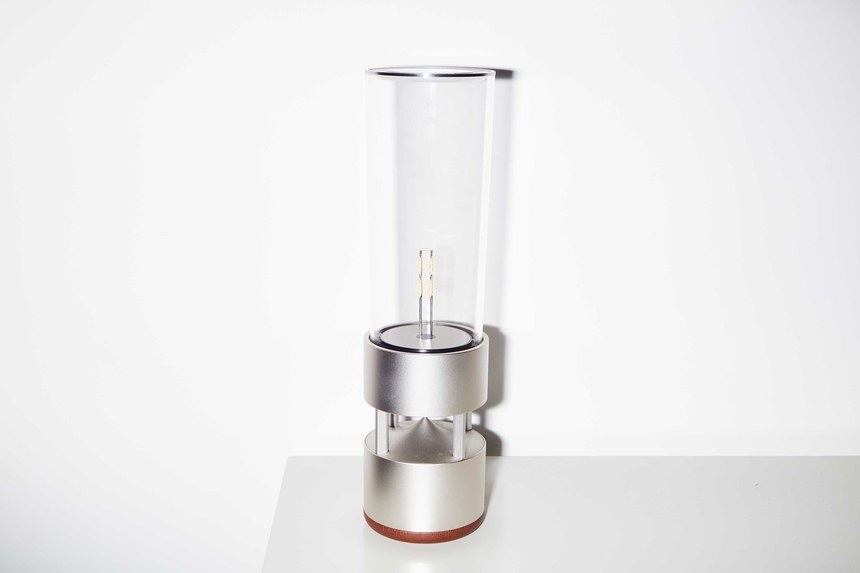 Sony’s new candlelight speaker isn’t the best of either category. You can find better lamps and better Bluetooth speakers, probably for half the price. But combining the two is just unexpected enough to make the product charmingly unique. Sony housed a dim-able LED inside a glass tube and stuck it atop a 360 degree speaker. The result is a minimalist hybrid product that pulls double duty as a maker of vibes.