A Field of Light Blooms in the Australia Outback

At the Foot of Uluru, one of Australia’s most famous landmarks

Deep within Australia’s vast desert, a tremendous tower of rock has been forming for some 600 million years. For Aborigines, Uluru is sacred, full of ancestral spirits and tales of the past. For tourists, it is a place of historical intrigue and natural beauty. However, for British artist Bruce Munro, this ancient monolith has become the backdrop for his latest work of art. As night falls across the Red Centre, Field of Light comes to life, with 50,000 flower-like lights glowing against the darkness. 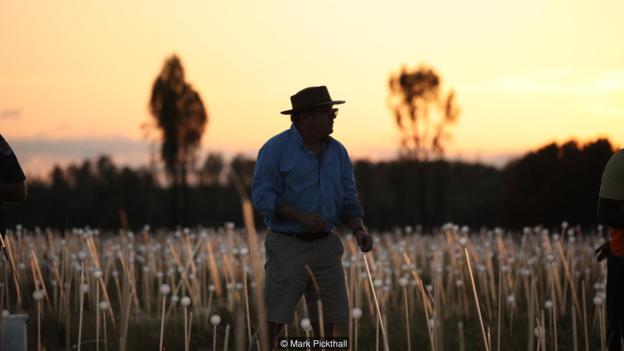 Since its first iteration in 2004, Field of Light has travelled to many different locations across the globe. However, the concept was first conceived at the foot of Uluru during a camping trip in 1992. “I had this kind of weird experience,” Munro said. “I just felt that there was some sense of power in the landscape. I noticed that when camping on the ground, you can almost feel the heat of the sun radiating back out towards the sky.... It’s odd, because normally a desert space really drains you, but at Uluru, you just felt incredibly alive. 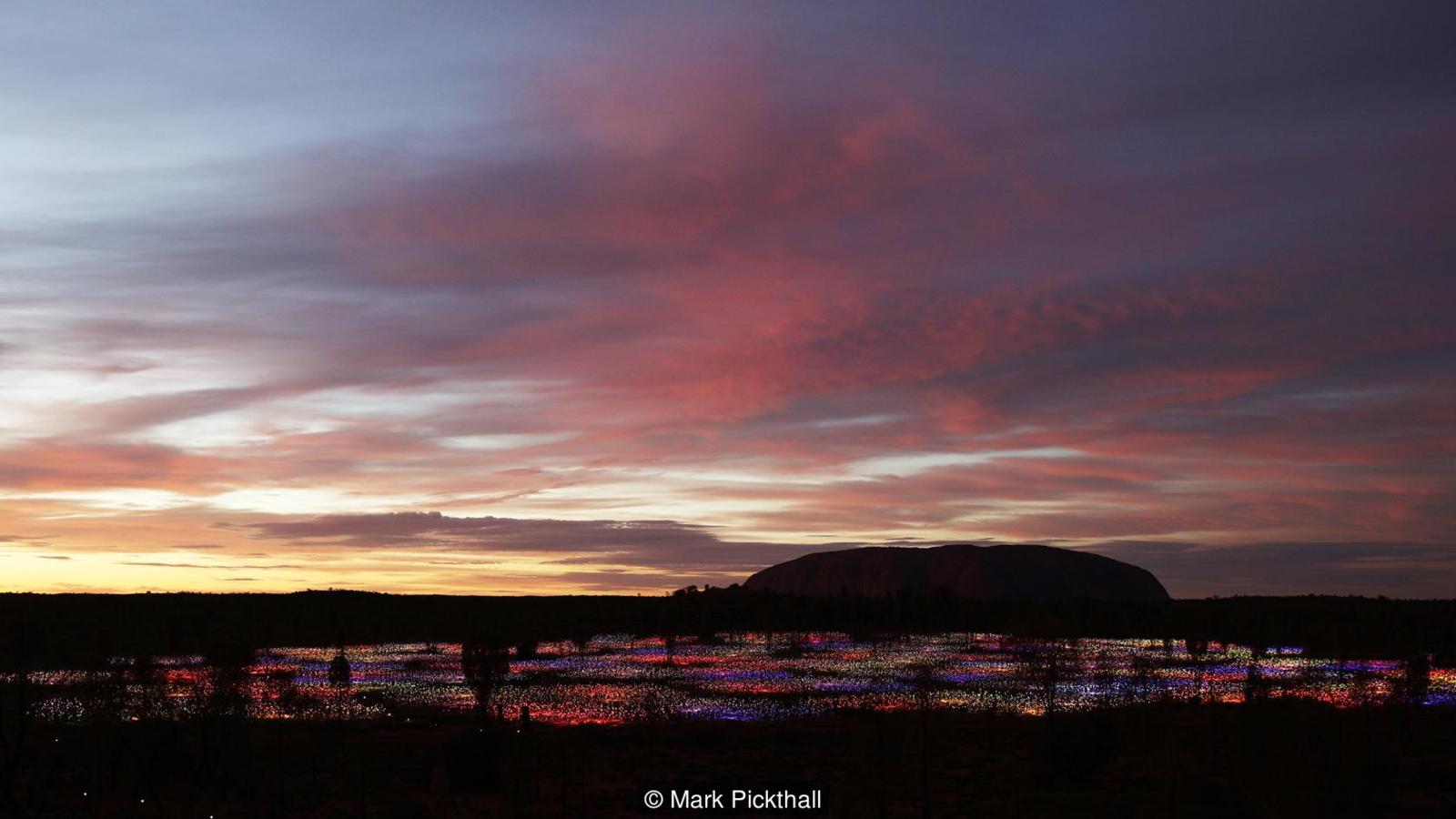 I carry this sketchbook around with me wherever I go, so I wrote down what I had felt there and a thought that had come to me: how amazing would it be to have this whole landscape full of light?” 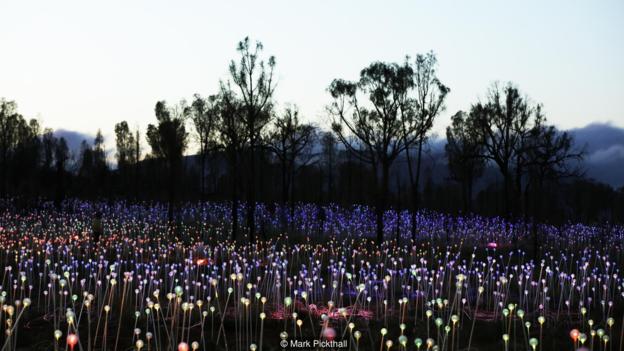 For more than a decade, however, that thought remained as scribbles on a page. It was only after the intervening years of parenthood, mortgages and moving houses were over that Munro could finally turn his attention to a project 12 years in the making. Field of Light was first built thousands of miles from the fiery Australian desert, at Munro’s countryside home in Wiltshire, England. 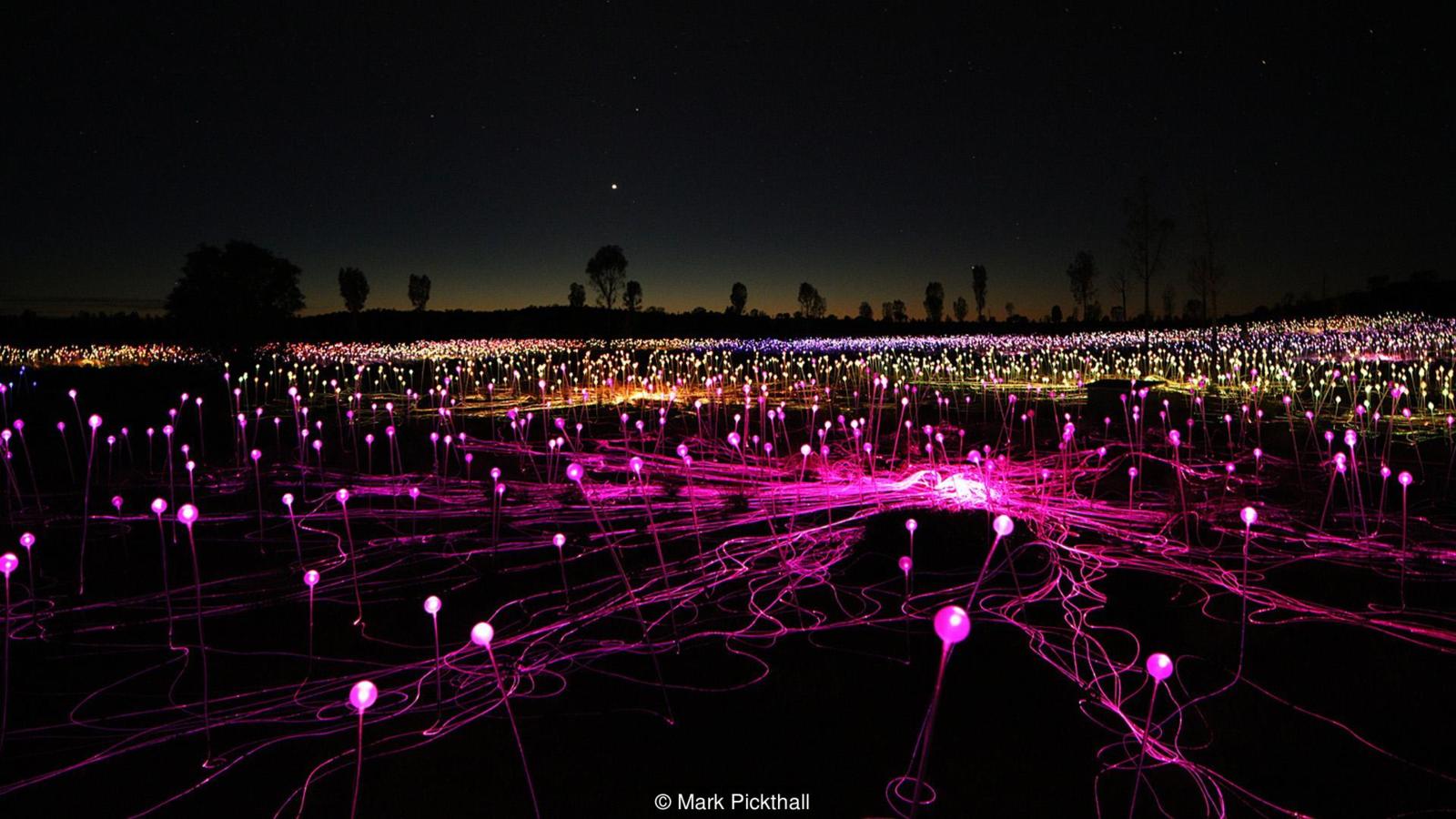 “That idea had really got under my skin,” he said. “I just thought ‘Come on, I’ve got to get this out of my system’. So I gathered the materials together and stuck it in my field.” 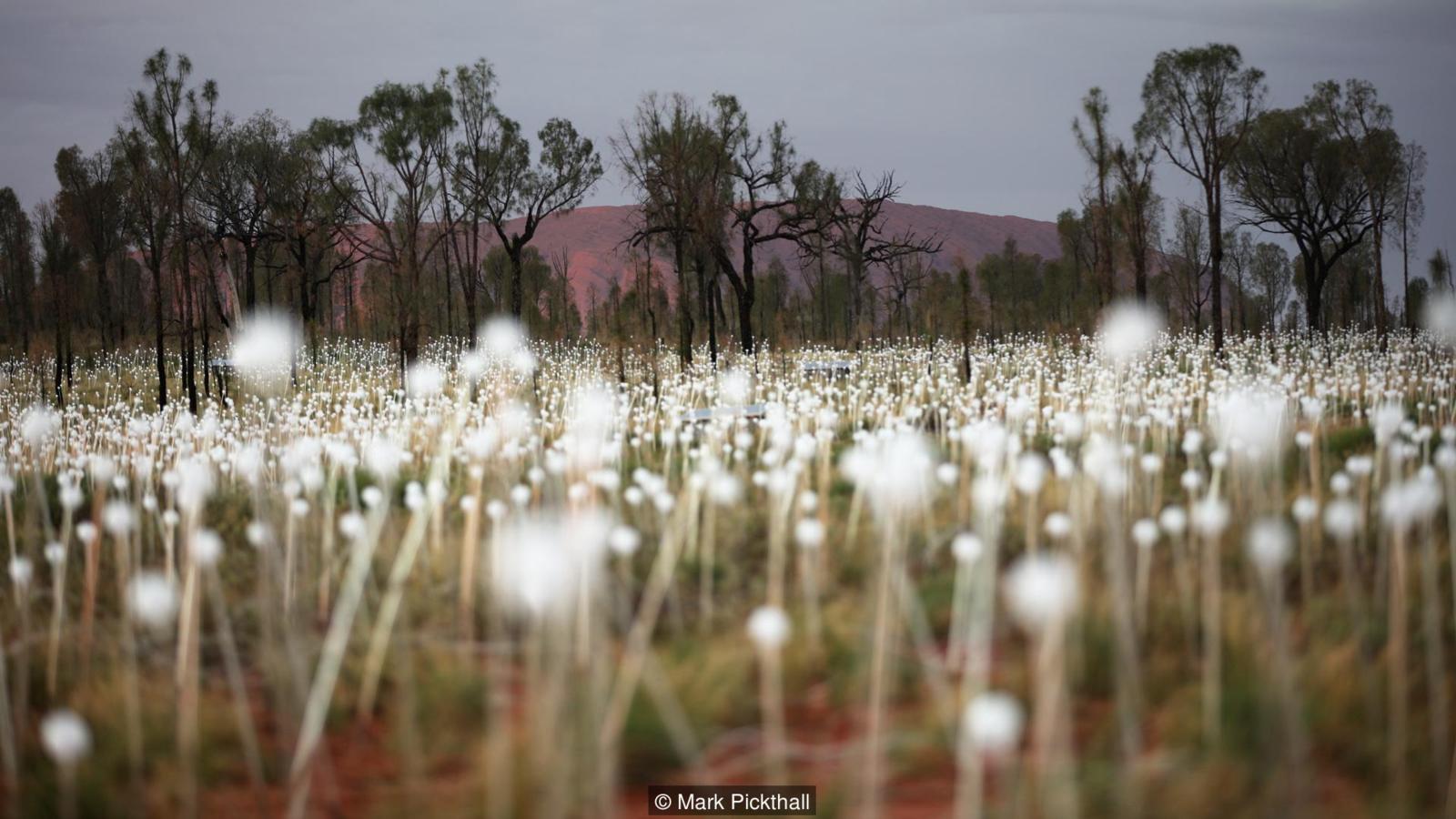 Before Rreaching Uluru, Field of Light was Built in London, Edinburgh, and Tennessee

Since then, Munro has shaped and reshaped Field of Light for a diverse range of spaces: a shop front in London’s Harvey Nichols; St Andrews Square in central Edinburgh; the garden of Cheekwood Museum in Nashville, Tennessee. Yet it wasn’t until spring 2016 that the artist finally got the chance to see his vision come full circle. 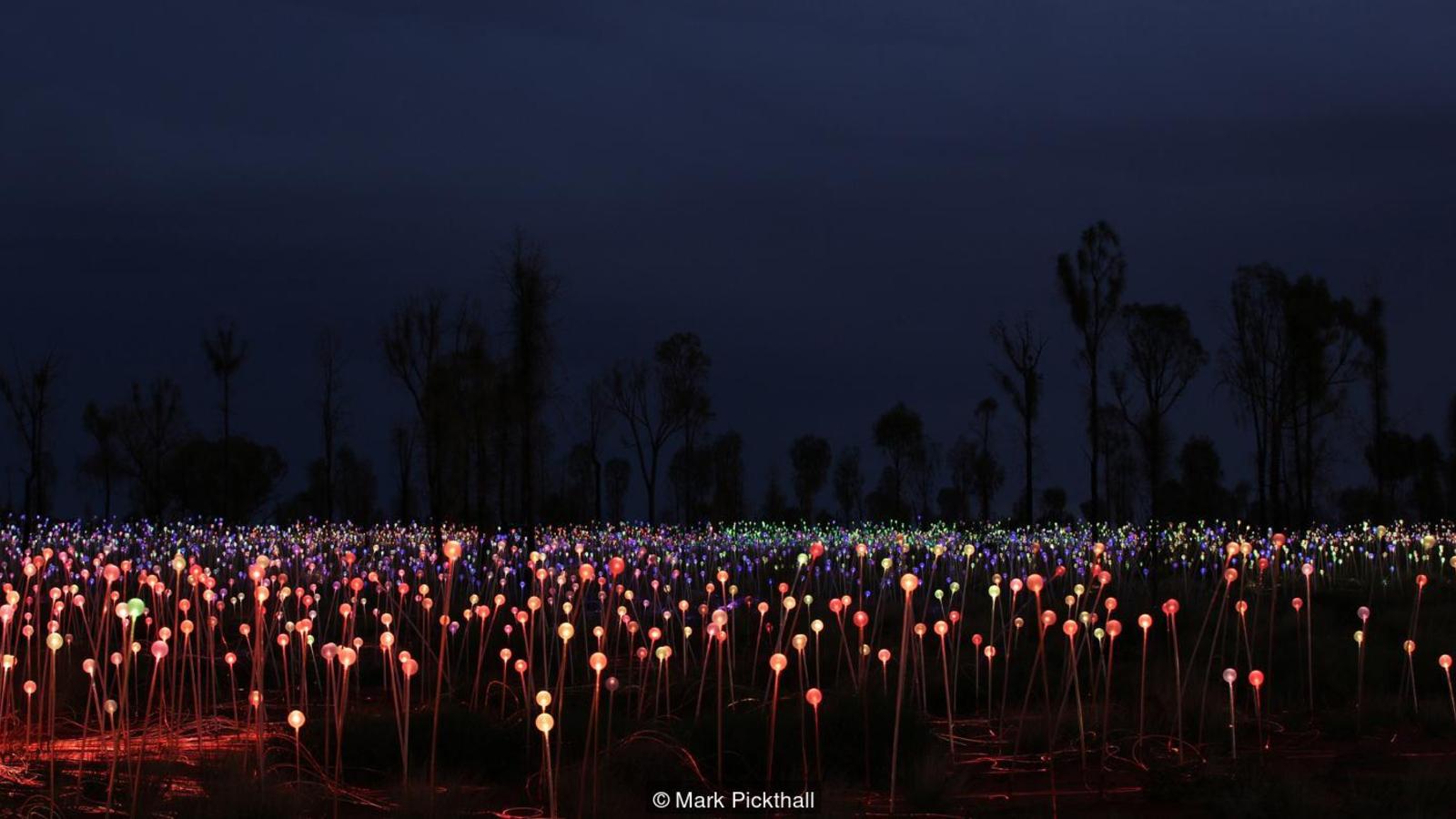 After hearing about Field of Light and its inspiration, Ray Stone, a representative at Australia’s Indigenous Land Corporation, gave Munro a call, asking if he would like to travel to Australia to discuss the possibility of installing Field of Light at the foot of Uluru. “I couldn’t believe it,” Munro said, “It was like all my Christmases had come at once.” 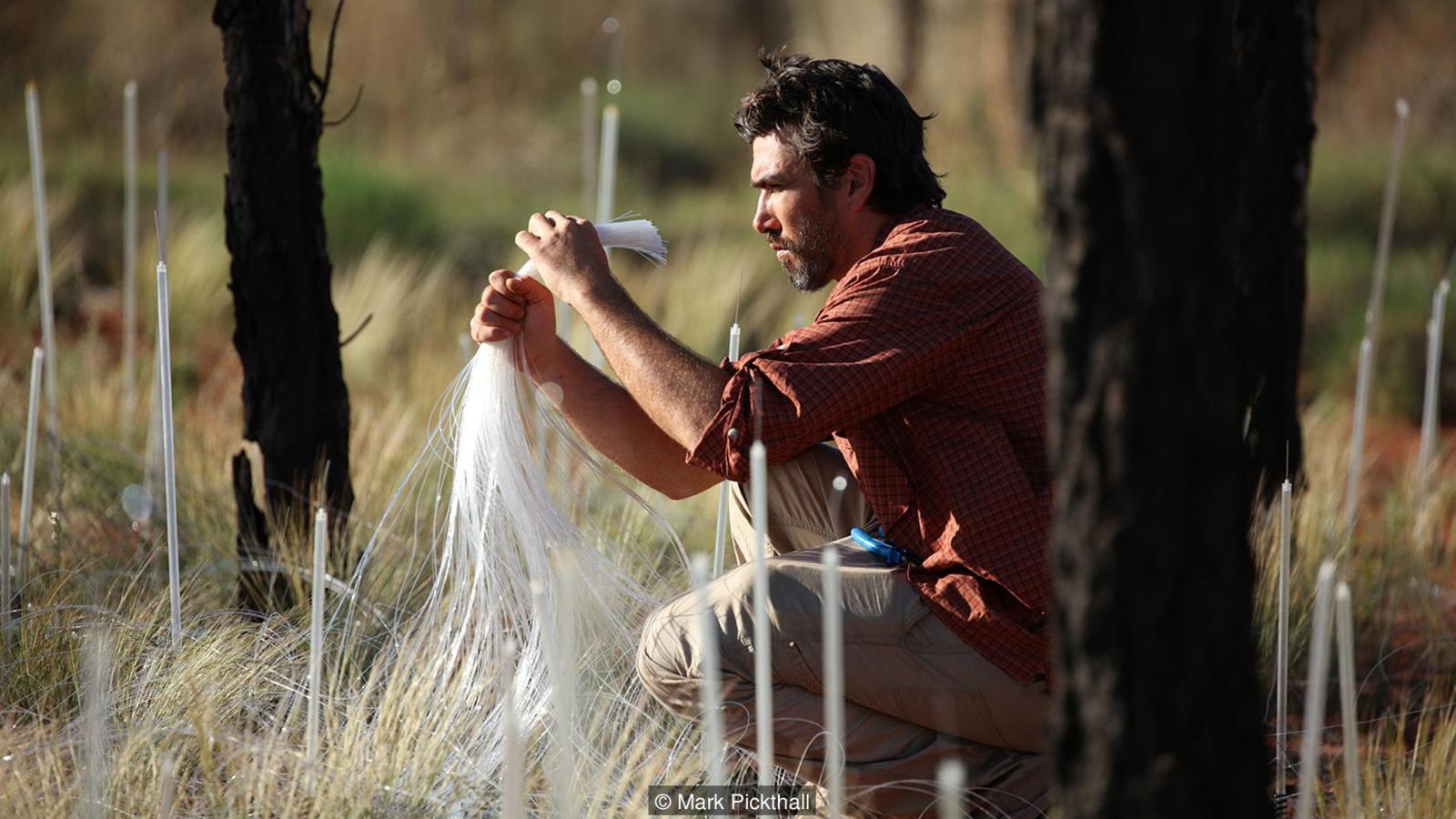 The Fiber Optic Cables are Located Above Ground to Protect Wild Life.

The Installation is Solar Powered and Environmentally Friendly

Working together, Munro and the Indigenous Land Corporation tackled the logistics of transporting the 49,000sqm installation overseas and began talks with the local indigenous people straight away. They also ensured that the artwork did not impose upon the sacred land surrounding Uluru, keeping the cables above ground and using solar energy to power the installation. “All I wanted people to understand was that this was how the land inspired me,” Munro said. “In a sense, Field of Light is my thank you to the land for making me feel so excited when I was there.”

To celebrate the extension of a second season of Field of Light Uluru, Voyages Ayers Rock Resort has released stunning Virtual Reality and 360° footage of the Field of Light, where people all over the world can be transported to the spiritual heart of Australia and into the Field of Light, all from the comfort of their own environment.

Uluru, Ayres Rock, in the rain, Red Centre, Northern Territory, time lapse, Australia a unique view one of the world's most recognizable landmarks. Footage captured during a one week visit to the Red Centre.