Haym Salomon was born in Leszno Poland in 1740 to a Sephardic Jewish family descended from Spanish and Portuguese Jews who migrated to the Jewish communities of Poland as a result of the Spanish Inquisition of 1492 and remained there for many generations. A Holywood movie inspired on Haym Solomon's life was produced by Claude Rain in 1939 titled:- Sons of Liberty. 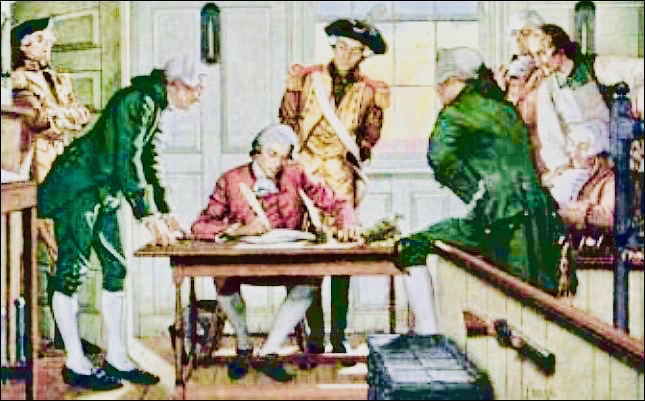 Haym Salomon (April 7, 1740 – Jan. 6, 1785) was a Polish-born American Jewish businessman and political financial broker who immigrated to New York City from Poland during the period of the American Revolution. He helped convert the French loans into ready cash by selling bills of exchange for Robert Morris, the Superintendent of Finance. In this way he aided the Continental Army and was possibly, along with Morris, the prime financier of the American side during the American Revolutionary War against Great Britain. 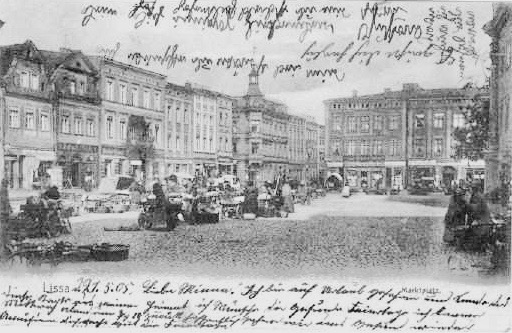 Although most Jews in Central and Eastern Europe spoke Yiddish (Judeo-German), some have claimed that because Salomon left Poland while still young, he could not read and write Yiddish. In his youth, he studied Hebrew. During his travels in western Europe, he acquired a knowledge of finance and fluency in several other languages, such as German. 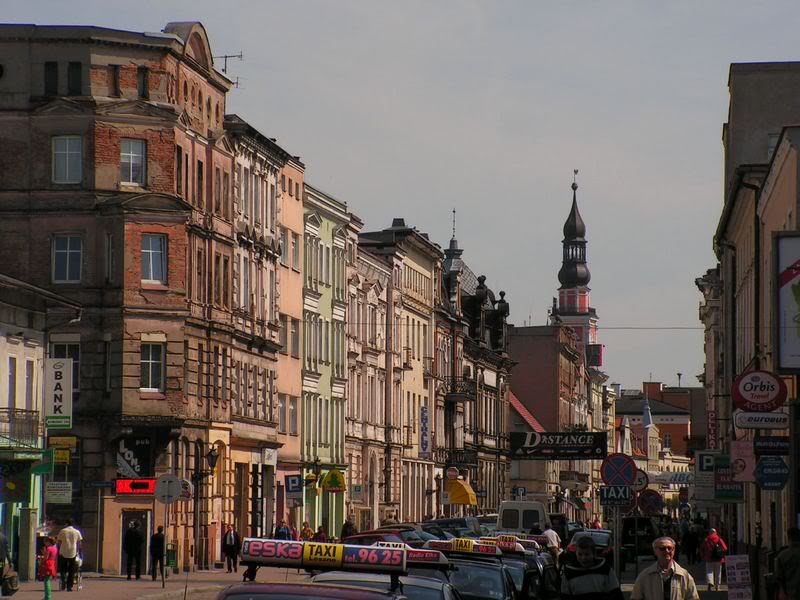 He returned to Poland in 1770 but left for England two years later in the wake of the Polish partition. In 1775, he immigrated to New York City, where he established himself as a financial broker for merchants engaged in overseas trade. 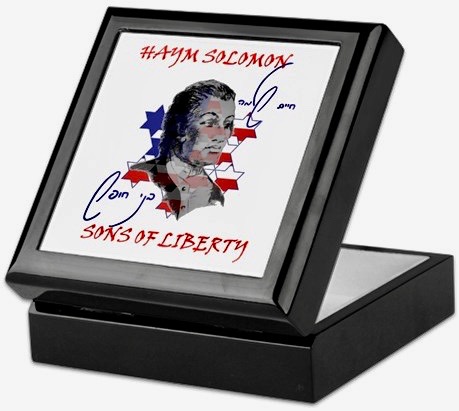 Sympathizing with the Patriot cause, Salomon joined the New York branch of the Sons of Liberty. In September 1776, he was arrested as a spy. The British pardoned him, but only after requiring him to spend 18 months on a British boat as an interpreter for Hessian mercenaries – German soldiers siding with the British. Salomon used his position to help prisoners of the British escape and encouraged the Hessians to desert the war effort. In 1778 Salomon was arrested again and sentenced to death. Again, he managed to escape, making his way with his family to the rebel capital in Philadelphia. 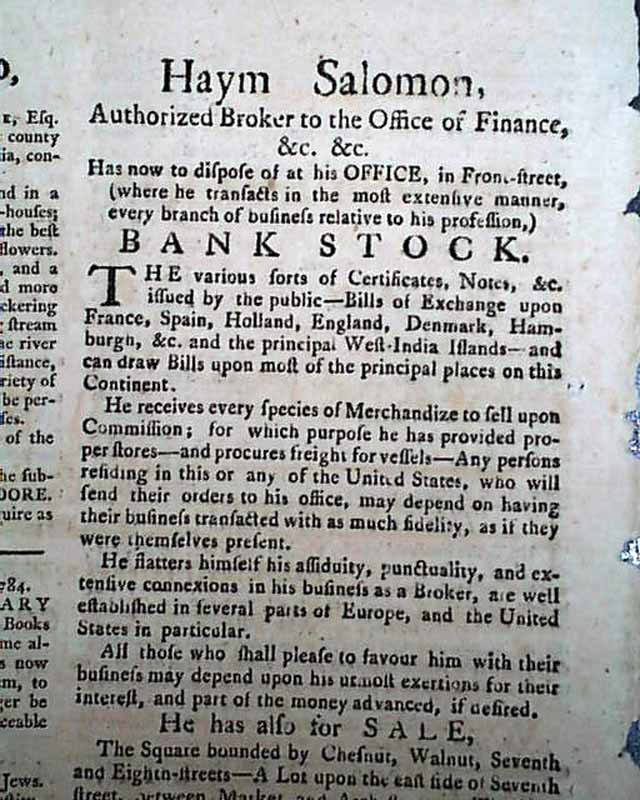 Once resettled, Salomon resumed his activities as a broker. He became the agent to the French consul as well as the paymaster for the French forces in North America. In 1781, he began working extensively with Robert Morris, the newly appointed Superintendent for Finance for the Thirteen Colonies. 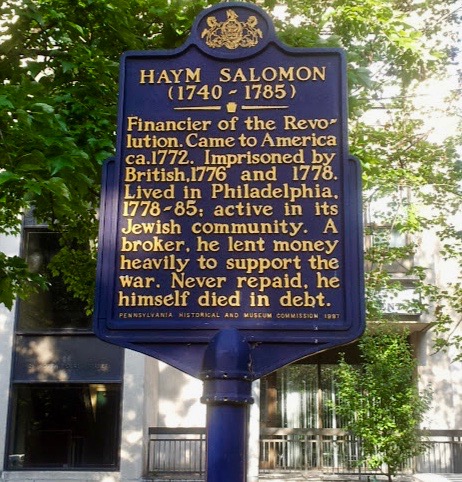 Salomon was involved in Jewish community affairs, being a member of Congregation Mikveh Israel in Philadelphia, and in 1782 made the largest individual contribution towards the construction of its main building.  In 1784, Salomon answered anti-Semitic slander in the press by stating: "I am a Jew; it is my own nation; I do not despair that we shall obtain every other privilege that we aspire to enjoy along with our fellow-citizens." 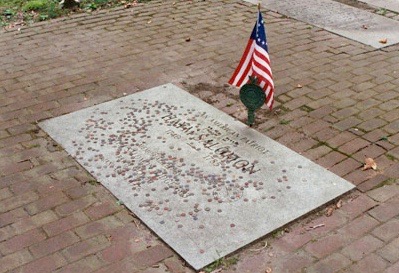 The grave-site of Haym Salomon, Mikveh Israel Cemetery is located in the 800-block of Spruce Street in Philadelphia.

The financier died suddenly and in poverty on January 8, 1785, in Philadelphia, Pennsylvania, after contracting tuberculosis in prison. Due to the failure of governments and private lenders to repay the debt incurred by the war, his family was left penniless at his death at age 44.  The hundreds of thousands of dollars of Continental debt Solomon bought with his own fortune were worth only about 10 cents on the dollar when he died.

Names such as, George Washington, Benjamin Franklin and James Madison are fairly familiar to most American, but there are many, many more to whom we own a debt of gratitude for the liberties we enjoy today. Haym Solomon is one of those names, which should not be forgotten. "Financial Hero—Businessman and broker Haym Solomon was responsible for raising most of the money needed to finance the American Revolution and later to save the new nation from collapse."

His obituary in the Independent Gazetteer read:

"Thursday, last, expired, after a lingering illness, Mr. Haym Salomon, an eminent broker of this city, was a native of Poland, and of the Hebrew nation. He was remarkable for his skill and integrity in his profession, and for his generous and humane deportment. His remains were yesterday deposited in the burial ground of the synagogue of this city." 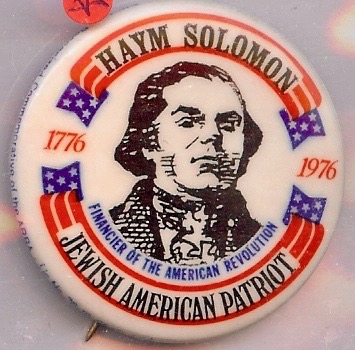 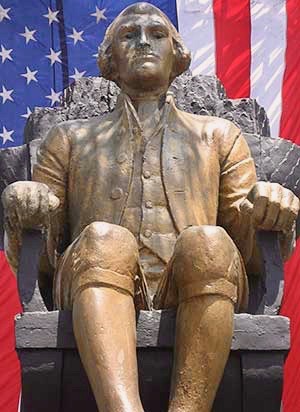 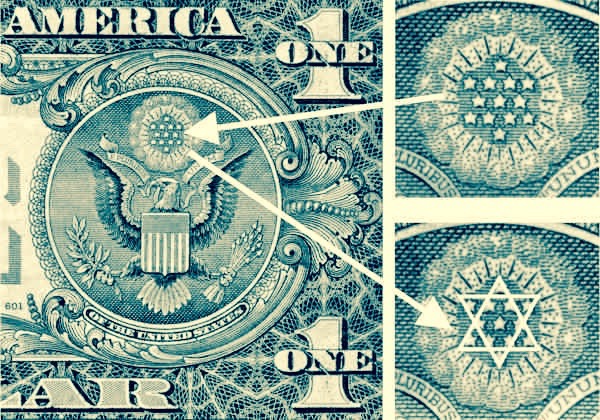 There is a legend that during the design process of the Great Seal, Washington asked what compensation Salomon wanted in return for his financial contributions to the American Revolutionary War. He replied that "he wanted nothing for himself but that he wanted something for his people". While there is no evidence, there is a theory that the 13 stars representing the colonies on the seal were arranged in the shape of the Star of David in commemoration of Solomon's contributions. This appears to have little basis in fact, however, although it is oft-repeated.

In 1893, a bill was presented before the 52nd United States Congress ordering a gold medal be struck in recognition of Salomon's contributions to the United States. 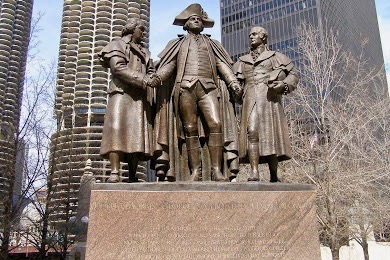 In 1941, the writer Howard Fast wrote a book Haym Salomon, Son of Liberty. That same year, the Heald Square Monument, a sculpture designed by Lorado Taft was erected at Wacker Drive and Wabash Avenue in downtown Chicago. Taft began the work but died in 1936. It was completed by his associate, Leonard Crunelle. The monument depicts George Washington flanked by Salomon and Robert Morris and grasping hands with both men. 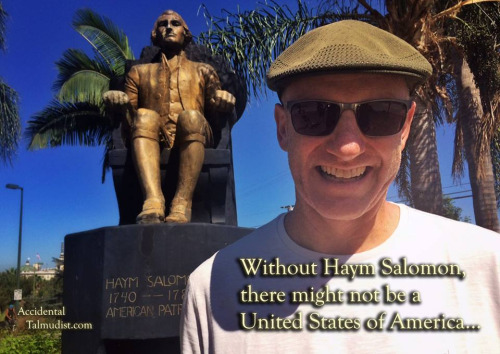 In 1946, a memorial statue was erected to Salomon at Hollenbeck Park in Los Angeles. The statue was rededicated in 2008 at Pan-Pacific Park in the Fairfax District, where it can be found on the corner of Gardner and Third Street. 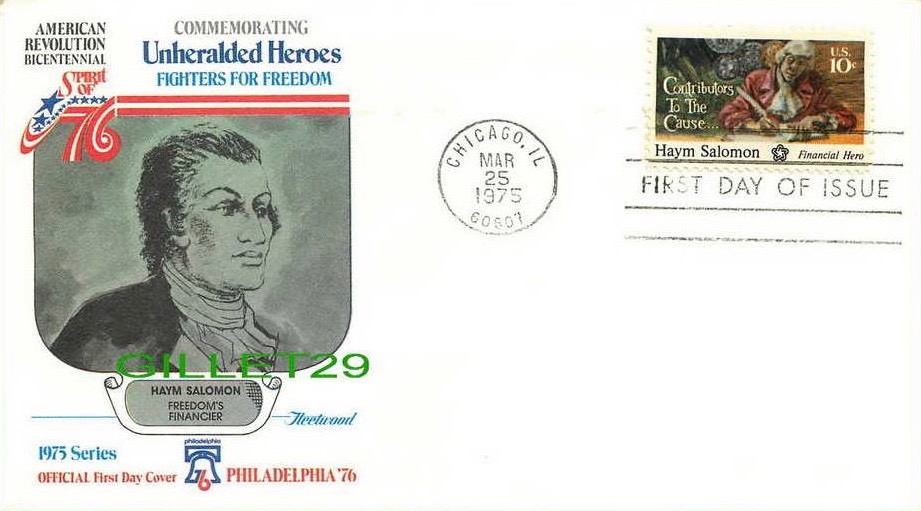 In 1975, the United States Postal Service issued a commemorative stamp honoring Haym Salomon for his contributions to the cause of the American Revolution. This stamp, like others in the "Contributors to the Cause" series, was printed on the front and the back. On the glue side of the stamp, the following words were printed in pale green ink: "Financial Hero – Businessman and broker Haym Salomon was responsible for raising most of the money needed to finance the American Revolution and later to save the new nation from collapse."

When Morris was appointed Superintendent of Finance, he turned to Salomon for help in raising the money needed to carry on the war and later to save the emerging nation from financial collapse. Salomon advanced direct loans to the government and also gave generously of his own resources to pay the salaries of government officials and army officers. With frequent entries of "I sent for Haym Salomon", Morris' diary for the years 1781–84 records some 75 transactions between the two men. 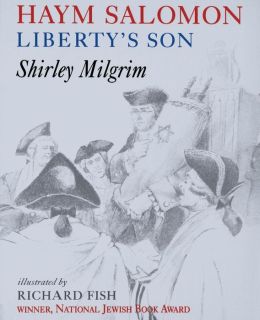 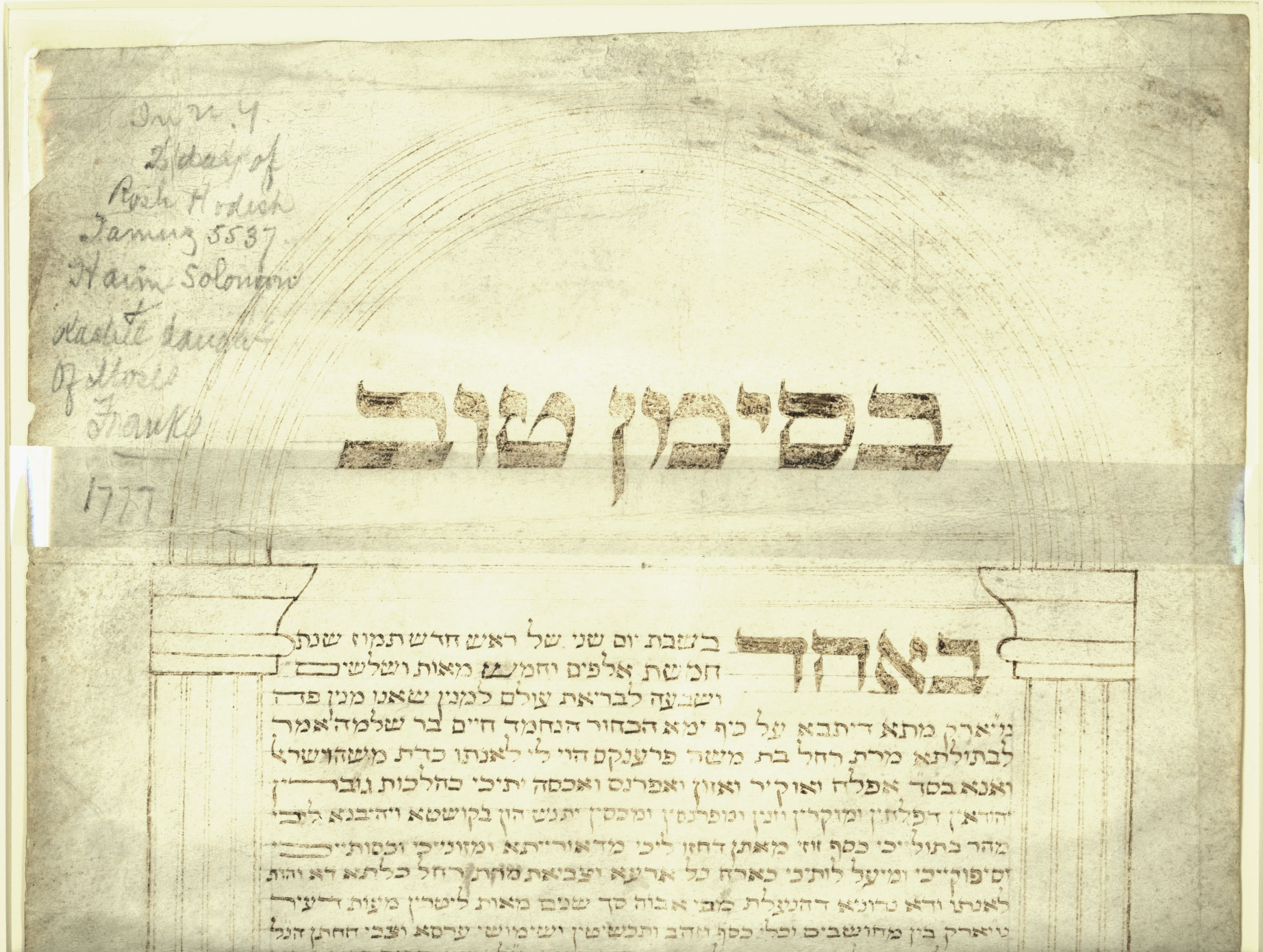 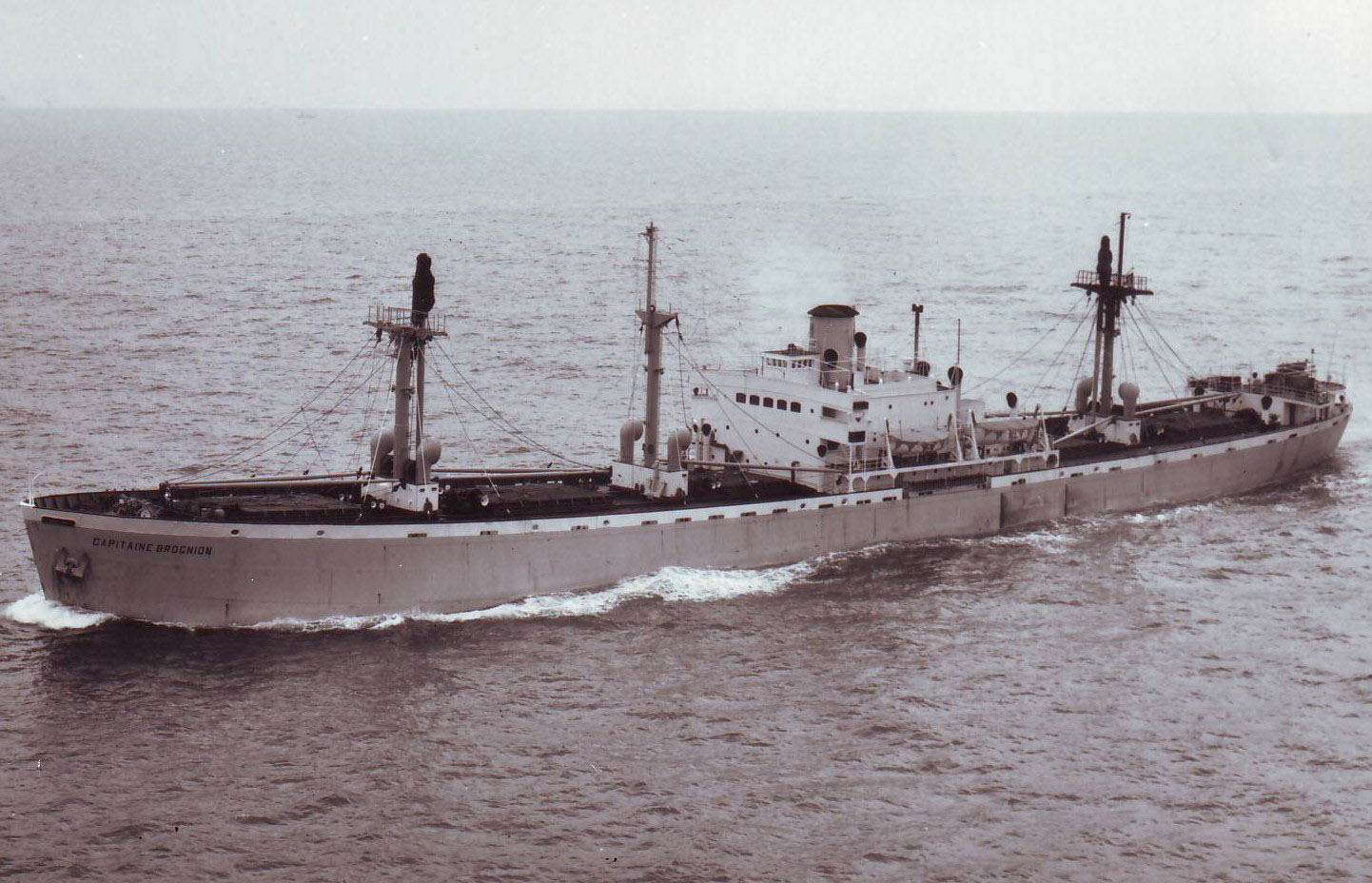 was Named in His Honor 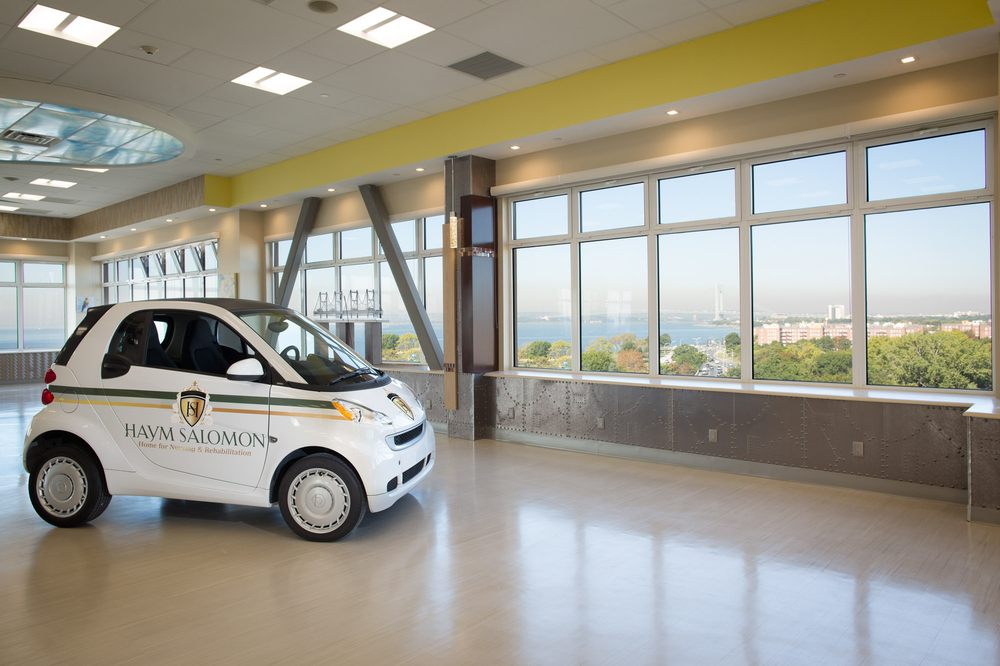 is Named in His Honor