A Historic Staircse in Caltagirone, Sicily Used for Potted Flowers and Lights Festivals 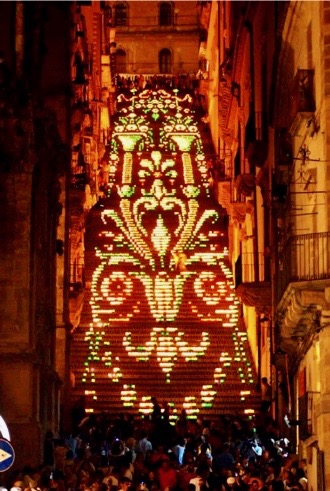 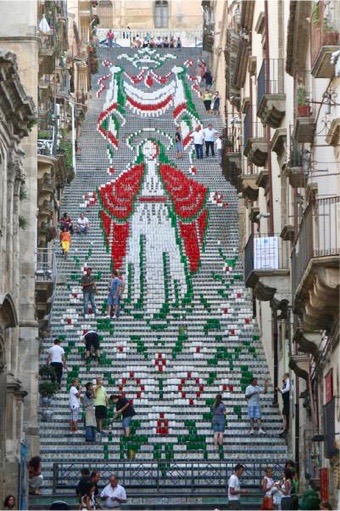 What a sight! Come visit a small town on the island of Sicily called Caltagirone and you'll witness a landmark that's a sheer beauty. Built in 1608, the Staircase of Santa Maria del Monte has 142-steps which are each decorated with a different ceramic, using styles and figures derived from the millennial tradition of pottery making. 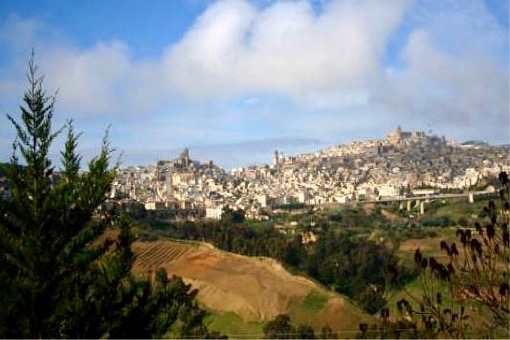 Built in 1608, the Staircase of Santa Maria del Monte is a 142-step staircase in Caltagirone, Sicily made from thousands of ceramic tiles, one design per step, as a fitting tribute to a city known for its design and production of ceramics and terra-cotta sculptures. 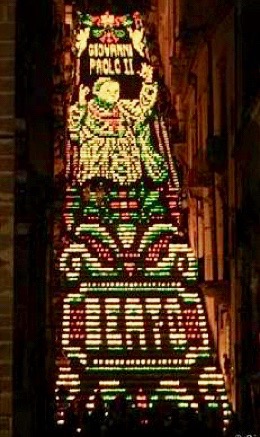 For centuries the stairs have been used as a backdrop for various festivals for which images of patron saints and other local themes are illustrated using thousands of flowers (La Scala Flower) or candles (La Scala Illuminata). 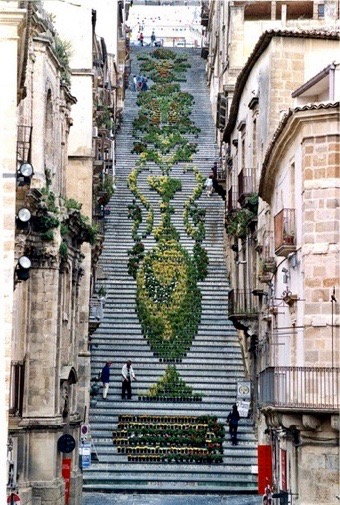 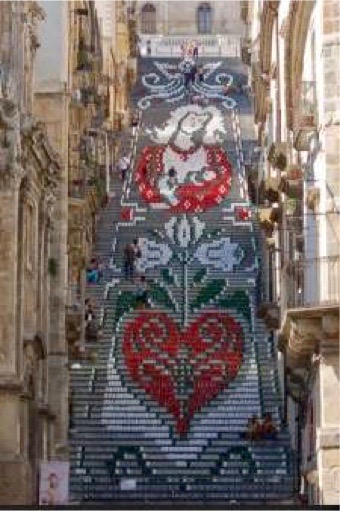 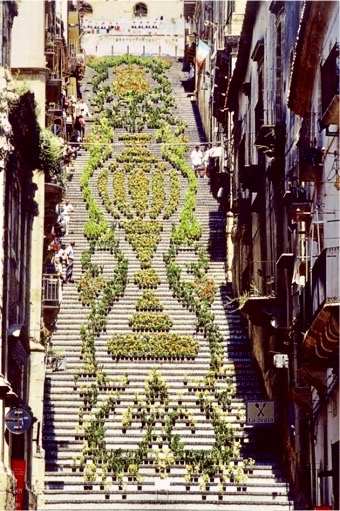 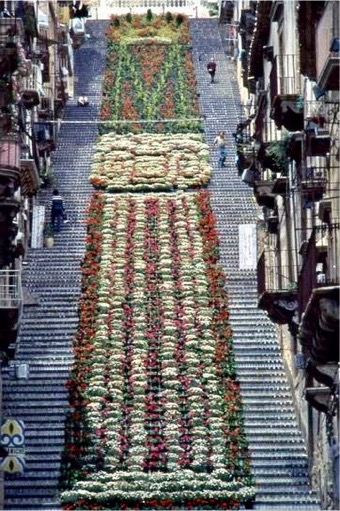 Annualy, the floral design decorates the staircase for almost a full month, from around  May 8 to June 3, so that visitors could admire the grandeur of its scale. The designed displayed above was created by Angelo Murgo and it was comprised of 2,000 plants and flowers which included geranium, marigold and boxwood.