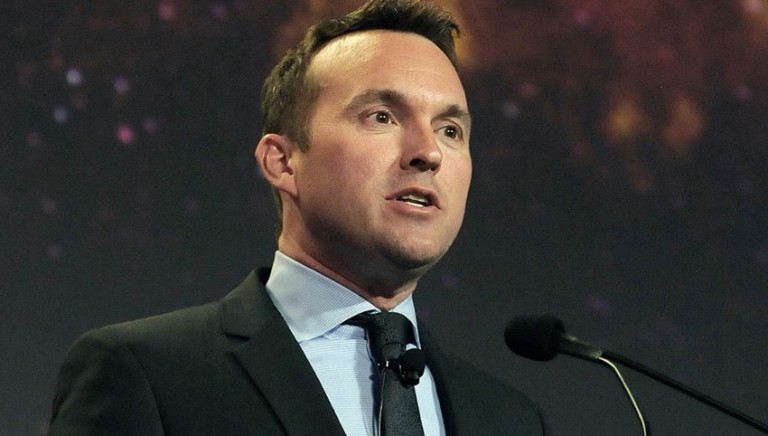 Eric Fanning was raised in Kalamazoo, Michigan and attended Cranbrook Schools in Michigan for two years and graduated from Centerville High School in Ohio in 1986. He received his B.A. in history from Dartmouth College in 1990. His interest in government and politics began when he participated in the 1988 New Hampshire primary contest. 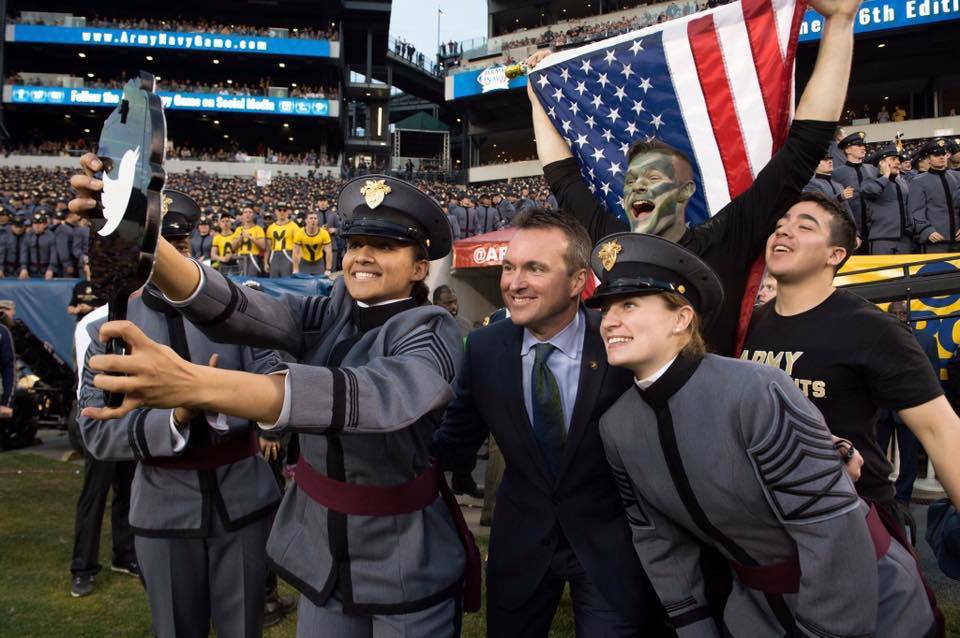 In the 1990s, Eric was on the staff of the House Armed Services Committee and later a special assistant in the Immediate Office of the Secretary of Defense. He later served as associate director of political affairs at the White House. He also worked at Business Executives for National Security, a Washington, D.C.–based think-tank and at Robinson, Lerer & Montgomery, a strategic communications firm in New York City. He served as deputy undersecretary and deputy chief management officer for the Department of the Navy beginning in July 2009. He was also deputy director of the Commission on the Prevention of Weapons of Mass Destruction Proliferation and Terrorism. 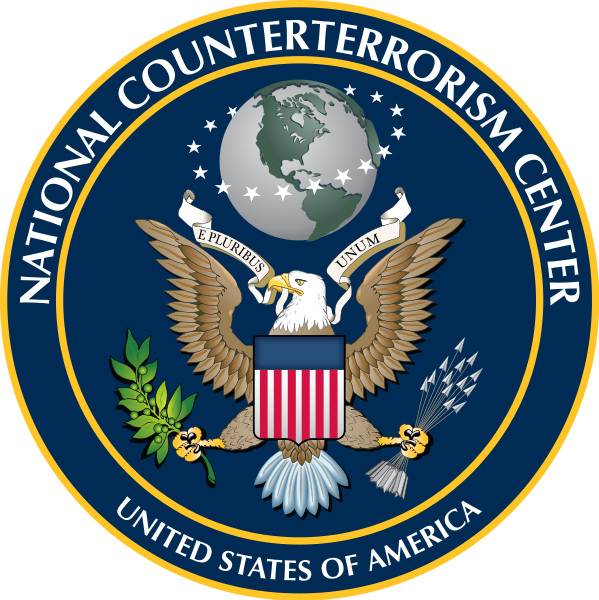 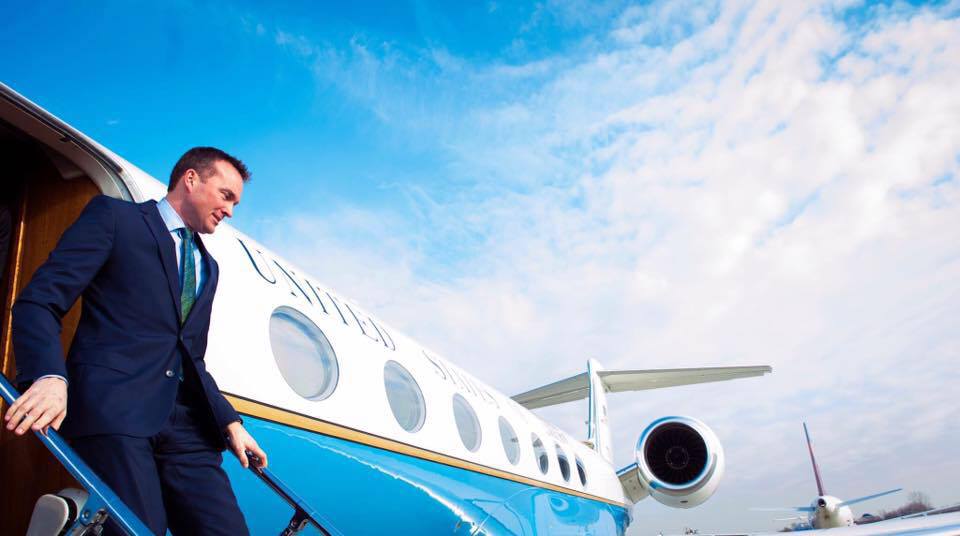 On September 18, 2015, the White House announced that President Barack Obama would nominate Fanning as United States Secretary of the Army, and the President did so on November 3, 2015. Fanning left that position on January 11, 2016, to concentrate on his confirmation, being succeeded in the temporary position by Patrick Murphy. 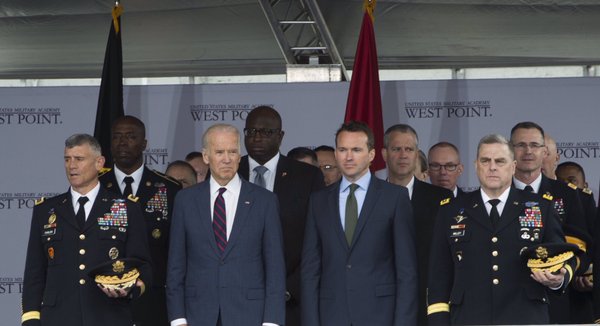 The U.S. Senate Armed Services Committee held Fanning's nomination hearing on January 21, 2016, and approved his nomination on a voice vote on March 10, 2016,  though a hold was placed on it by Senator Pat Roberts, citing comments President Obama had made about closing the Guantanamo Bay prison. 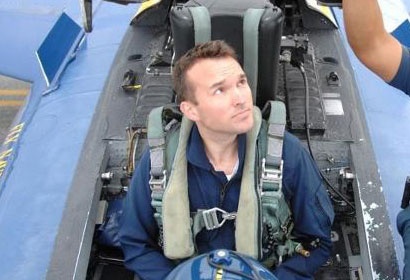 Senators John McCain, chair of the Armed Services Committee, and Roberts argued about the nomination in the Senate in late April 2016. McCain said: "What we're doing here is we're telling a nominee, who is totally qualified, totally, eminently qualified for the job, that that person cannot fulfill those responsibilities and take on that very important leadership post because of an unrelated issue. That is not the appropriate use of senatorial privilege." On May 17 Roberts told the Senate that he had received sufficient assurances from the Pentagon about Guantanamo and said: "My issue has never been with Mr. Fanning's character, his courage, or his capability. He will be a tremendous leader." The United States Senate confirmed Fanning's nomination that day on a unanimous voice vote. 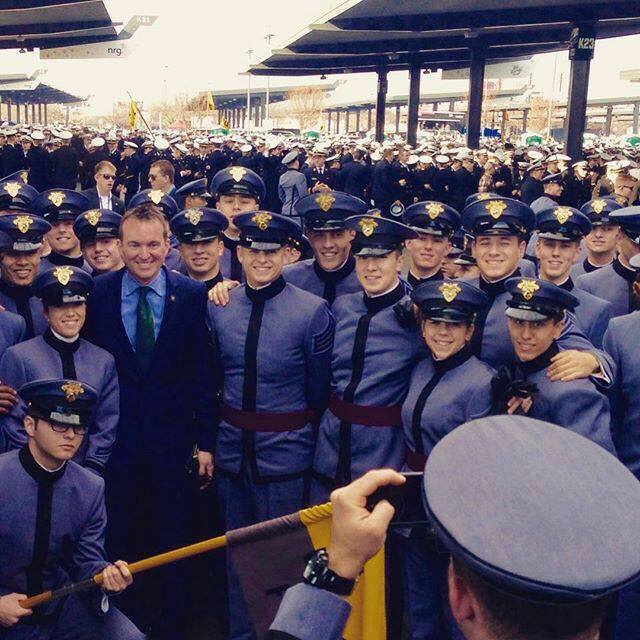 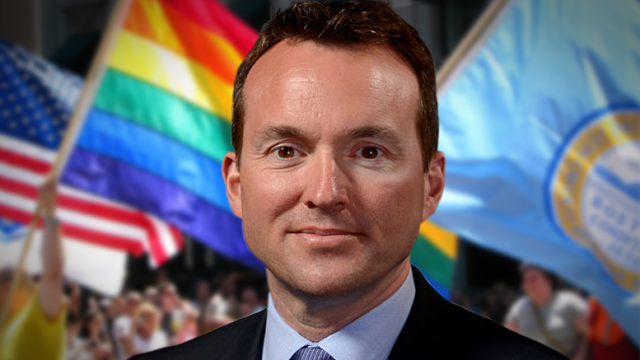 He is the highest ranking openly gay member of the Department of Defense.  He was a member of the Gay & Lesbian Victory Fund from 2004 to 2007. He favors the adoption by the U.S. military of a policy prohibiting discrimination on the basis of sexual orientation. He has said: "I personally like to see these things in writing and codified." He has expressed a preference for the establishment of such a policy by the Department of Defense rather than the Obama administration: "My view about government is you should always use those resources that are available to you first before you move up to the next level, so I think there are a number of things we can do inside this building for the Department of Defense". He supports allowing openly transgender persons to serve in the military as well. 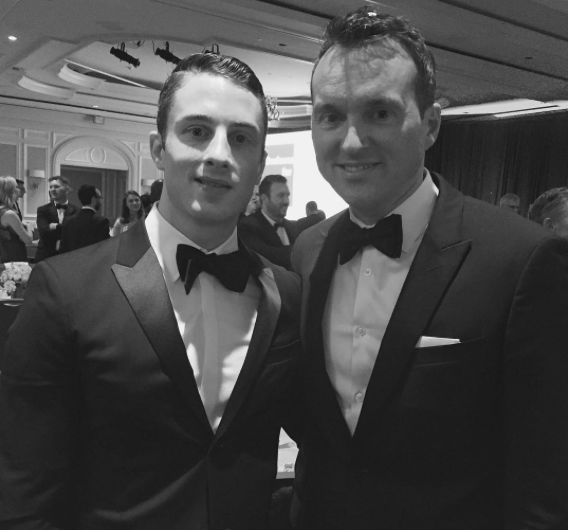 For Patience During "Confusing" Confirmation Process

"It has been a long process to get here," Fanning, 47, said at a press conference after being sworn in. "But it's worth it. This is a tremendous honor for me." "It's a confusing process that makes you feel vulnerable and out there alone," added Fanning. "So I thank all of you for all that you have done these many months to help me get confirmed. And Ben, your patience at home, because I know there were days that I probably was not the most pleasant person to be around." It took the Republican-controlled Senate eight months to confirm Fanning, a confirmation process delayed in part by Republican Senator Pat Roberts, who claimed he opposed the Obama administration's attempts to close Guantanamo Bay. 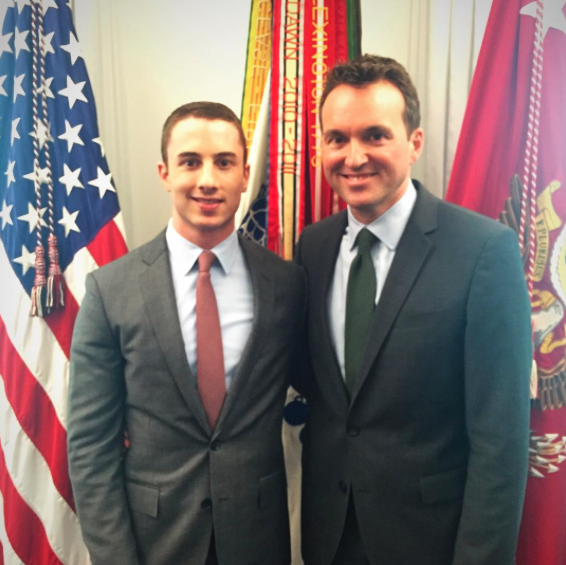 Fanning joked about his confirmation process on Twitter by referencing Beyonce's Lemonade: 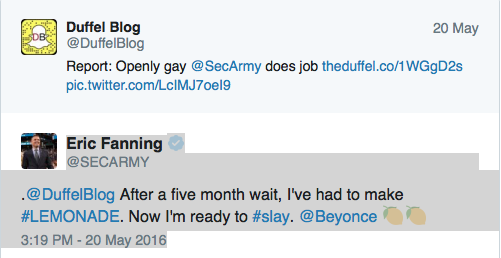