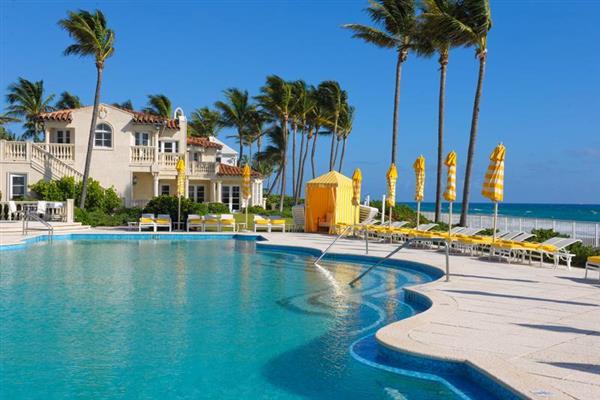 The Feisty Female Mogul Who Built Trump's Florida Palace: Before women were even allowed to vote, Marjorie Merriweather Post was running her father's corporation—and entertaining in her gilded Mar-a-Lago estate.During her second marriage, Marjorie Merriweather Post became the proud owner of the biggest privately owned, sea-going yacht in the world, the Sea Cloud. It was a Roaring Twenties floating bastion of luxury, decked out in only the finest furniture and art and able to host up to 400 people for tea. The Sea Cloud was so grand that one royal guest, Queen Maud of Norway, saw the Louis XVI master suite and reportedly exclaimed, "Why, you live like a queen, don't you?" 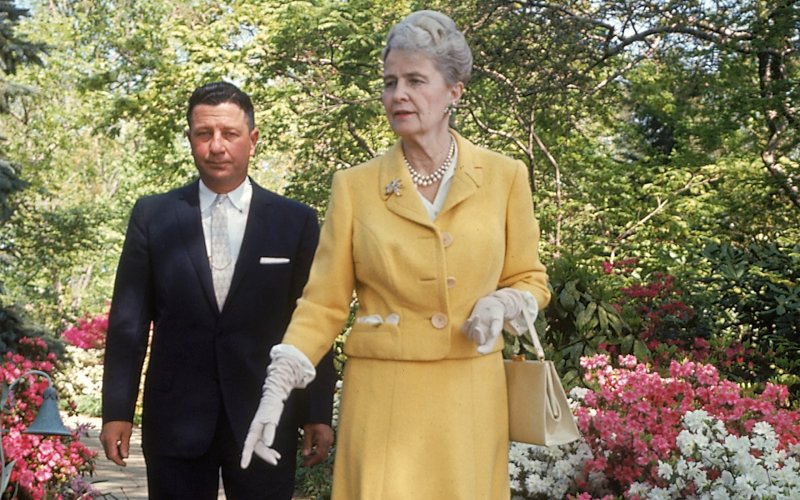 In that one outburst, Queen Maud had perfectly sized up Post's opulent existence. But while Post may have lived like royalty, she was so much more than just a seriously wealthy socialite with a killer sense of style. Marjorie Merriweather Post was a businesswoman and an entrepreneur who defied the gender stereotypes of the early 1900s to successfully run and grow a major American company. 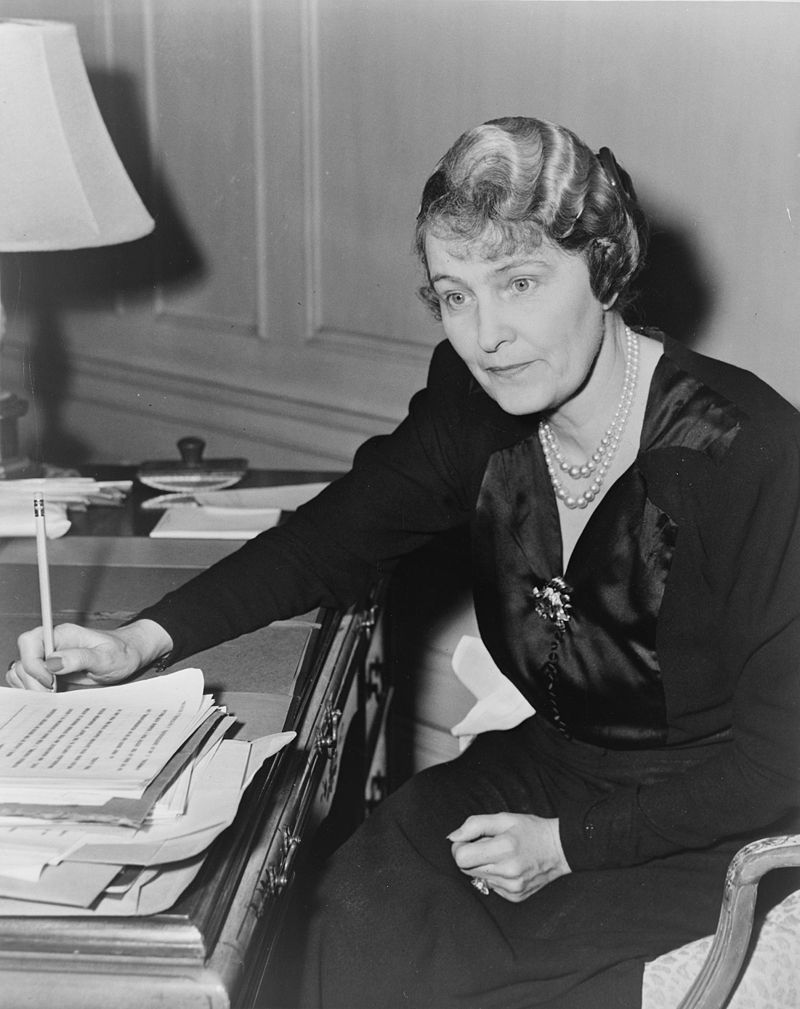 Post was born in 1887 in Springfield, Illinois, the only child of the founder of the Postum Cereal Company, which gave the world such breakfast classics as Grape Nuts and an early version of corn flakes. 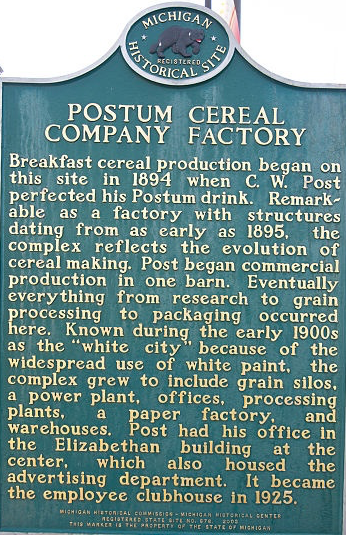 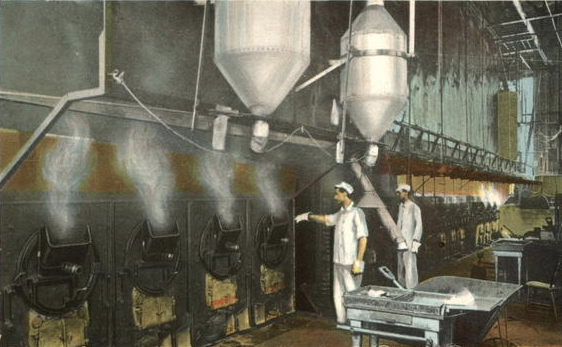 Despite the traditional ideas of women's roles at the time, C.W. Post raised his daughter in the business. As early as the age of 10, Post was sitting in on board meetings with her father, who would grill her afterward about what had gone on and why. Post's father shaped who she would become in many ways (They were so close, in fact, that he even joined her and her first husband on their honeymoon to Italy and Egypt.) Beyond setting his daughter up for a life in business, he also stressed the importance of sharing one's wealth with others. Post would become a committed philanthropist in her adult years, supporting such causes as the Red Cross, Salvation Army, Boy Scouts of America, and the National Symphony among other—often anonymous—donations. One of the skills Pater Post taught his daughter was how to box. 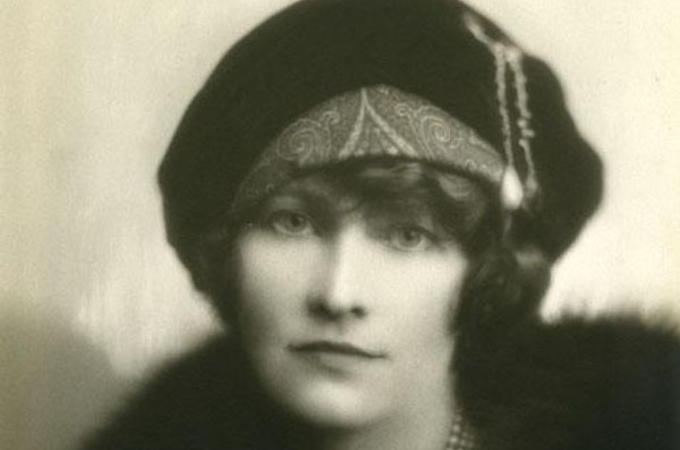 Post set the standard for high society decorum later in life, but her early years show she wasn't afraid to fight for what she wanted—once, quite literally. Her obituary in The New York Times tells the story of how a young Post had to pass an empty lot that was a hangout for local boys while walking to school every day. The boys entertained themselves by taunting the passing schoolgirls, but she put an end to that one day with a right hook in the stomach of one of the bullies. 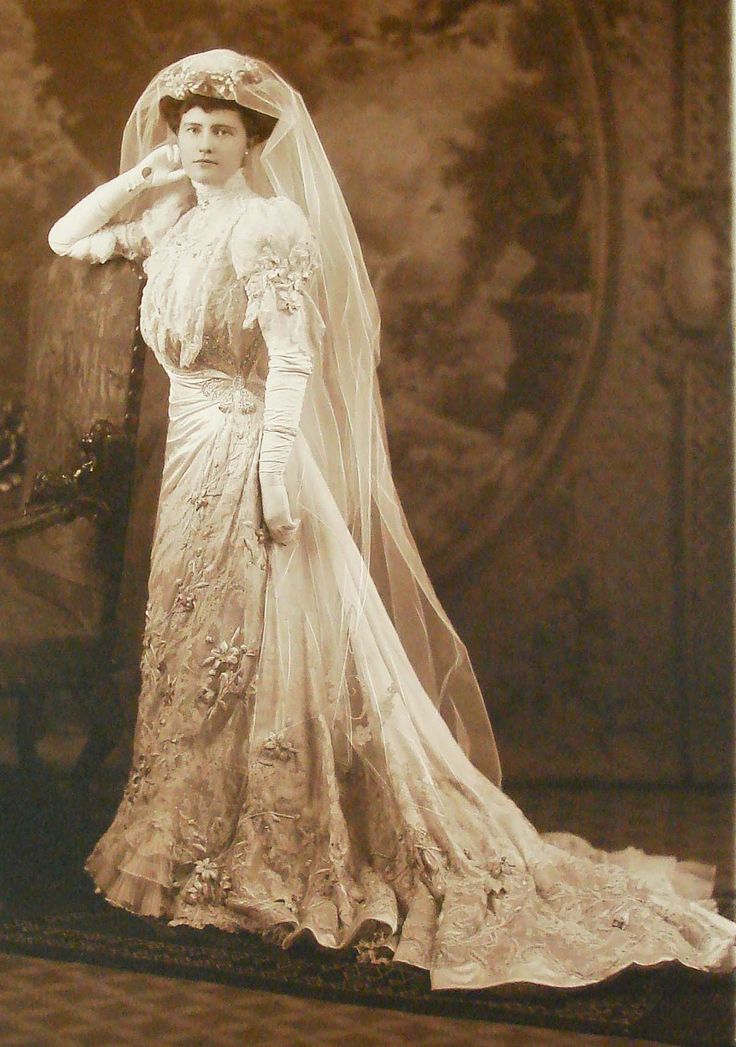 When Post was 27, her father passed away and she took over the family cereal business. Before women were even allowed to vote, she was not only running a major corporation, but setting the groundwork to greatly expand it. 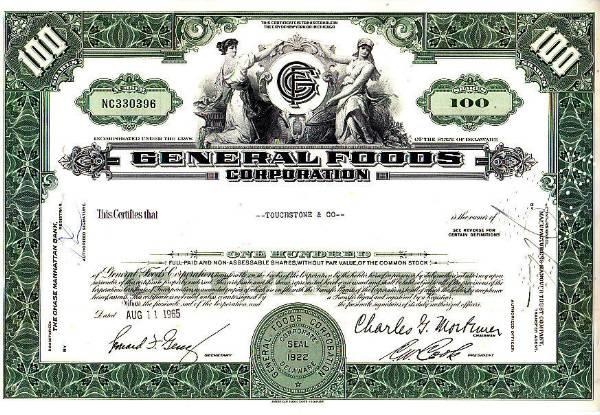 Under her tenure—and with guidance from her stockbroker second husband—the company went public, acquired a handful of new companies, including Jell-O, Maxwell House Coffee, and Baker's Chocolate, and changed its name to General Foods. 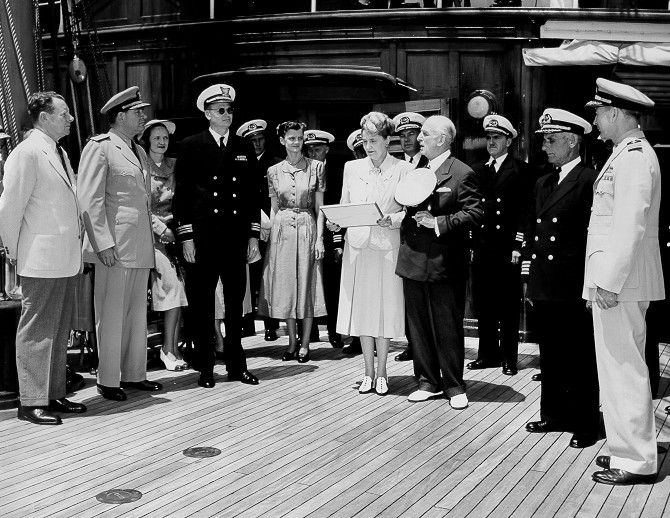 Aboard the Sea Cloud

But it was a chance dinner onboard her floating palace that made Post one of the early adopters and proselytizers for frozen food. One night, docked in a port in Massachusetts, the diners were served a goose that had been frozen. Post was so captivated by the idea of freezing foods to preserve them, that she bought the company of the man who had pioneered the process, despite the reservations of her husband. The move was hugely prosperous, not to mention innovative. 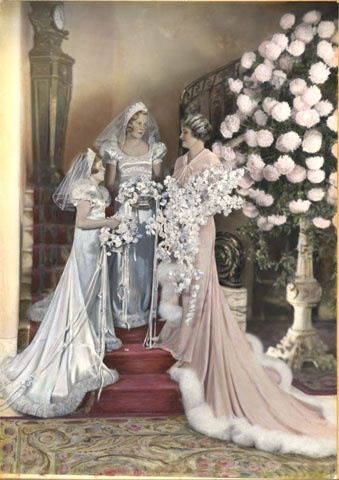 Marjorie Posing with Her Two Daughters

At Her Wedding with Ambassador Davis, 1935

Post may have been a successful pioneer in business, but her love life was not quite so gilded. She married and divorced four times throughout her life, acquiring her first husband in 1905 at 18, and getting rid of the last in 1964, after which she took back her maiden name.  It was her two middle husbands who made the greatest impact on her life.  Edward F. Hutton, her second husband, was a wealthy stockbroker who not only advised her in business while they were married, but was also her partner in acquiring a cache of seriously lavish properties. 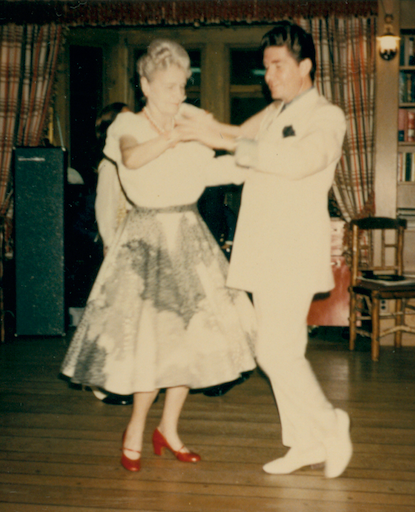 In addition to trips on the Sea Cloud, Post and her social crew would migrate between her residences depending on the season. Activity-filled summers would be spent at Post's elaborate and remote compound in the Adirondacks called Camp Topridge. The group would decamp in the spring and fall to D.C., where the socialite would host epic parties at her elegant home, Hillwood. During the winters, Post would fly south to Mar-a-Lago, the opulent—and legendary—property the couple built in Palm Springs, Florida. 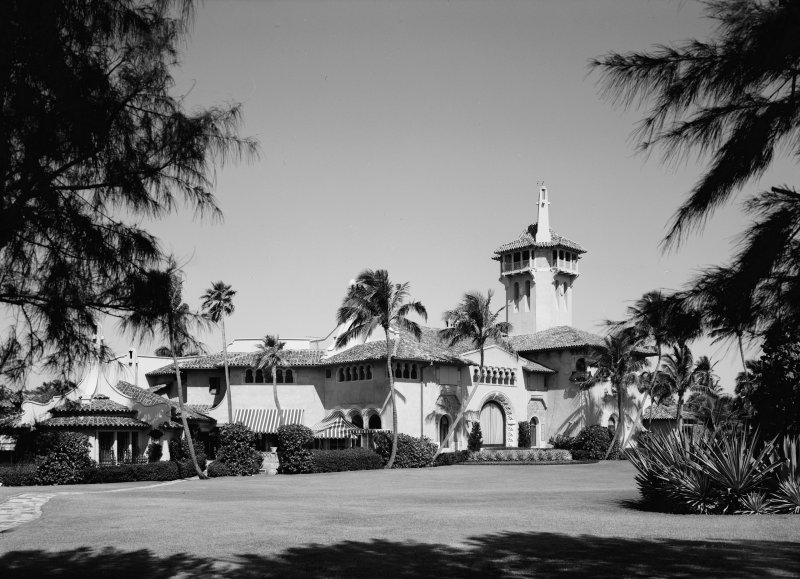 The Florida Estate of Mar-A-Lago in 1967

All of the properties were fabulous, befitting their stylish creator. But Mar-a-Lago truly shined. Designed by Joseph Urban, the mastermind behind the Ziegfeld Follies, the Palm Beach estate was a 115-room wonderland that spanned nearly 20 acres. Inspired by Spanish and Italian design, the house featured details modeled after some the greatest locations in Europe, like the Chigi Palace in Rome. Each guest room was decorated in a unique style, but one of the most impressive was a suite of rooms occupied by one of Post's daughters, who would become the actress Dina Merrill. It was every child's fantasy fairy-tale room come true, done up entirely in Hans Christian Anderson and Mother Goose designs. 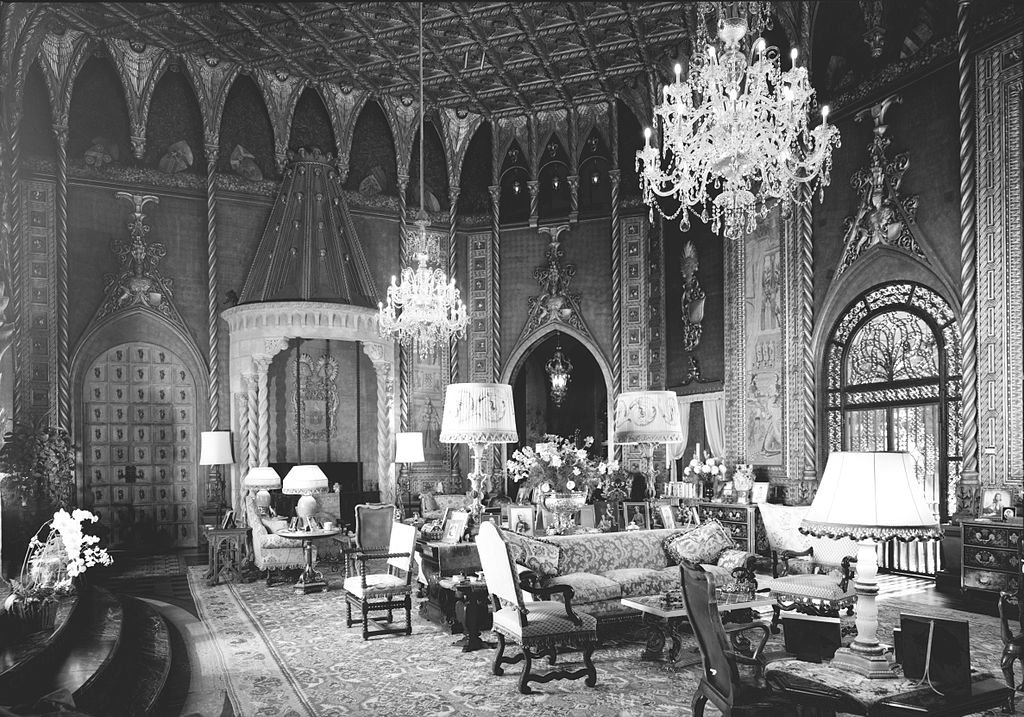 The grandest room in the house was a massive living room that had stunning views of the Atlantic Ocean, walls covered in silk panels that once hung in a palace in Venice, and a 4,000-pound, 29-foot extension marble table, the only of its kind in the world. It also featured a choir balcony on one side of the room, where Post reportedly liked to hide and watch first-time visitors' stunned reactions...or to keep an eye on her daughters' dates.  In 1935, Post and Hutton filed for divorce, and a few months later, she married her third husband, Joseph E. Davies. A lawyer based in D.C., Davies was named ambassador to the Soviet Union soon after their nuptials, and the couple moved to the country from 1937 to 1938. 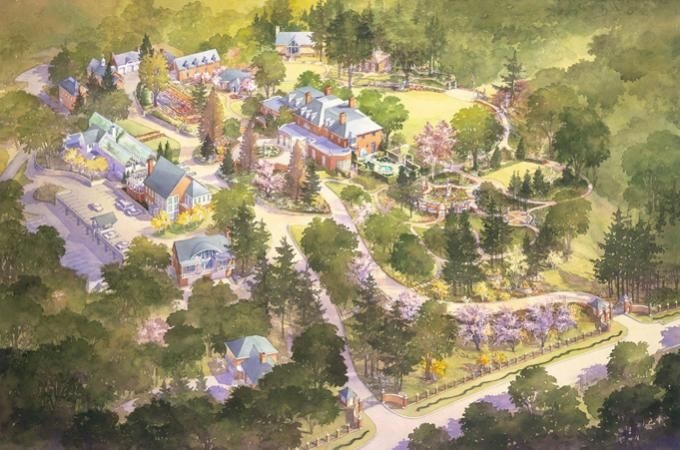 The country was under Stalin's rule, at the time, and Post was apparently so concerned about her hostessing duties and lifestyle in the country that she had 2,000 pints of frozen cream and 25 refrigerators shipped to the U.S. embassy in Moscow ahead of their arrival. While she was in residence, Post developed a love for Russian art and significantly expanded her art collection (she did have a lot of walls to fill, after all).  Post had been a lifelong collector of art and antiques. She was passionate about Louis XVI furniture and had one of the best collections of Native American art in the world, which she displayed at Mar-a-Lago. She also had an extensive jewelry collection that included such treasures as a pair of pear-shaped diamond earrings that once belonged to Marie Antoinette and a diamond necklace gifted to Empress Marie Louise by Napoleon. 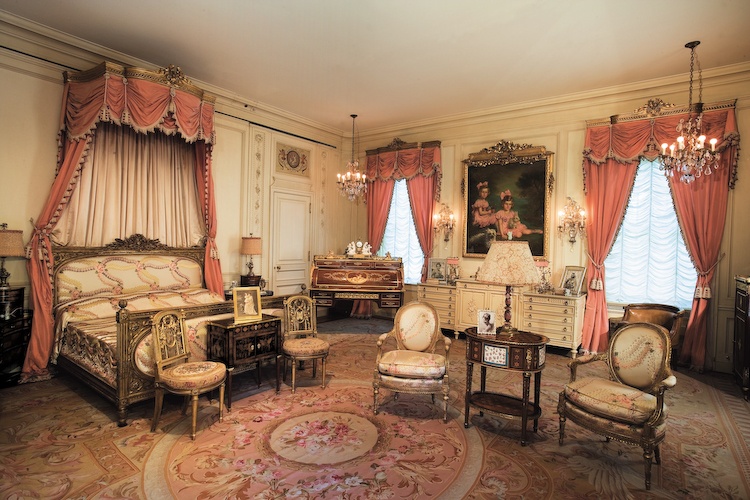 But it was during her time in the Soviet Union that Post made an impressive and large addition: She put together the beginnings of what would become the best collection of Russian art outside of the country. From portraits of the Imperial Russian family and religious icons to priceless porcelain and beautiful works created by the House of Fabergé, Post went on a buying spree that turned into a lifelong passion for all things Imperial Russia. Post fully enjoyed her luxurious lifestyle and the lavish entertaining and social obligations that came with it up until the day she died in September of 1973. Indeed, a video by the Hillwood Museum points out that she is one of the few people who continued to live in Gilded Age style long after that had become an impossible standard for most. 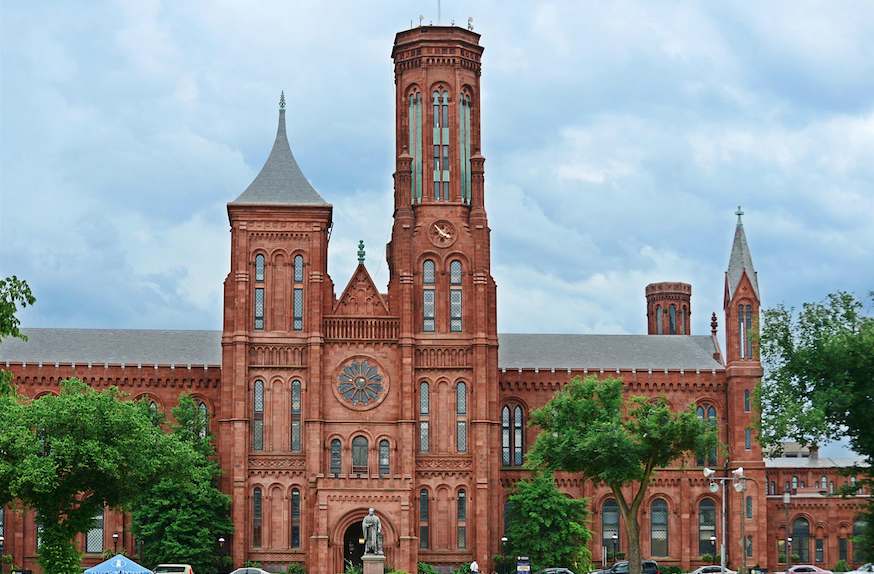 Post was known for her generosity and dedication to philanthropy during her life, and she continued this effort to share her wealth and give back to others upon her death. Hillwood was turned into a museum open to the public, which showcases many pieces from her art and furniture collection to this day. The Smithsonian was also a beneficiary of her extensive passion for art. 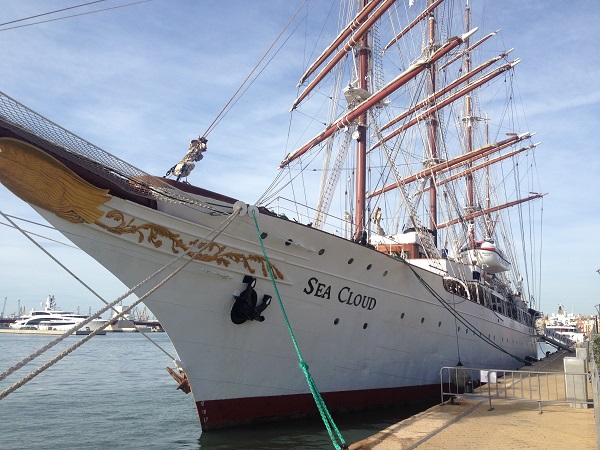 The Sea Cloud had been sold years before to make way for a new plane (it unfortunately ended up in the hands of Dominican Republic dictator Rafael Trujillo for a time). But Camp Topridge and Mar-a-Lago were both gifted to the government, the former to the State of New York and the latter to be used as a retreat for future U.S. presidents. In a somewhat ironic turn of events, the government eventually had to sell Mar-a-Lago after failing to resolve security issues caused by the nearby airport. In 1985, the proud new owner—and current presidential hopeful—Donald Trump took possession. He still owns it to this day, although in 1995 he turned it into a prestigious, private club. 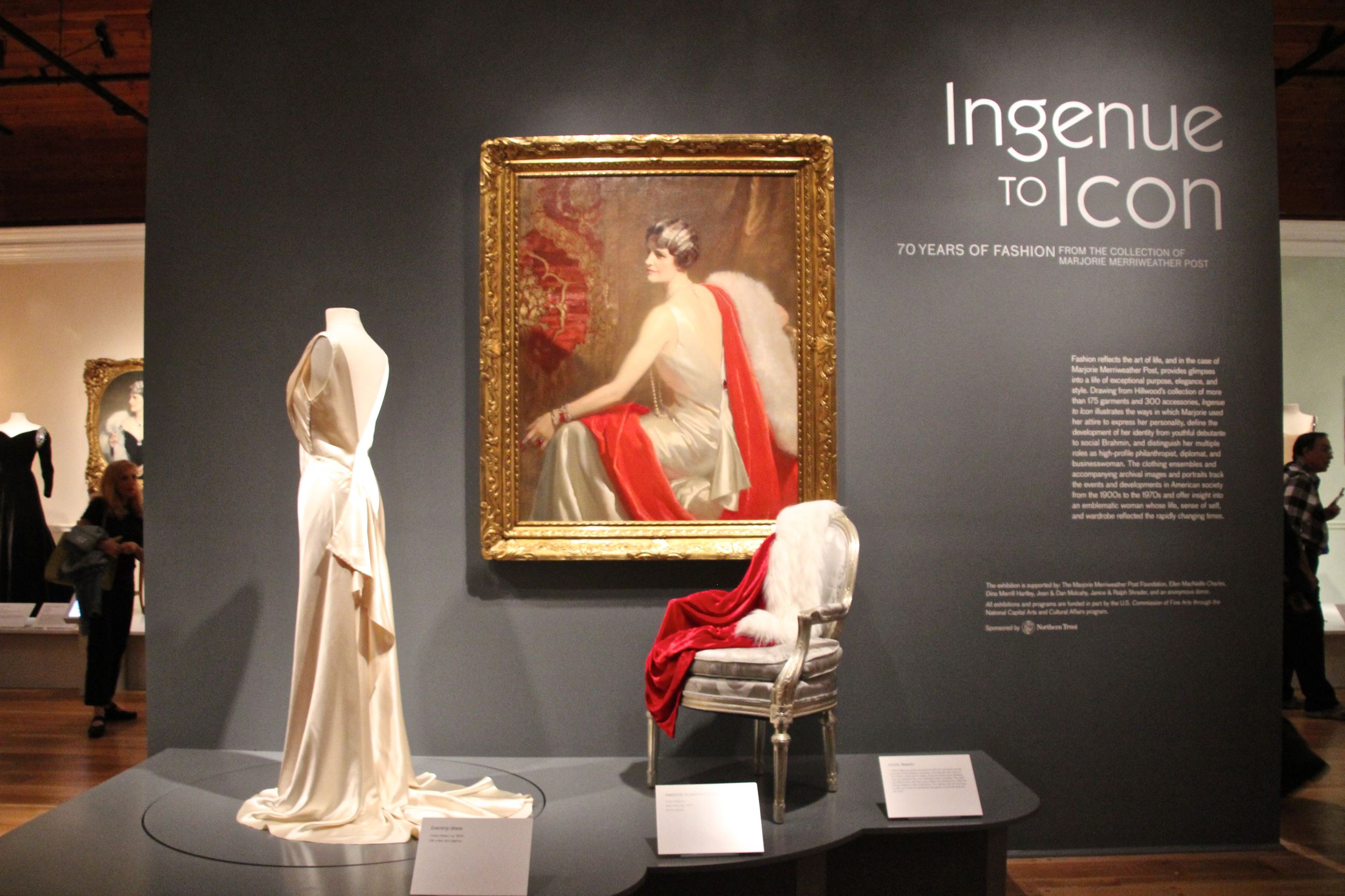 In a 1978 biography of Post, William Wright wrote that, after inheriting a company and fortune from her father, she "rode it with a full-throttle, life-relishing zest."  That she did. Marjorie Merriweather Post lived the life of American royalty—she was both the quintessential Gilded Age socialite and a modern businesswoman well ahead of her time.  She funded a U.S. Army hospital in France during World War I, and, decades later, the French government awarded her the Legion of Honor. In 1971, she was among the first three recipients of the Silver Fawn Award, presented by the Boy Scouts of America. The Merriweather Post Pavilion, an outdoor concert venue in Columbia, Maryland, is named for her. 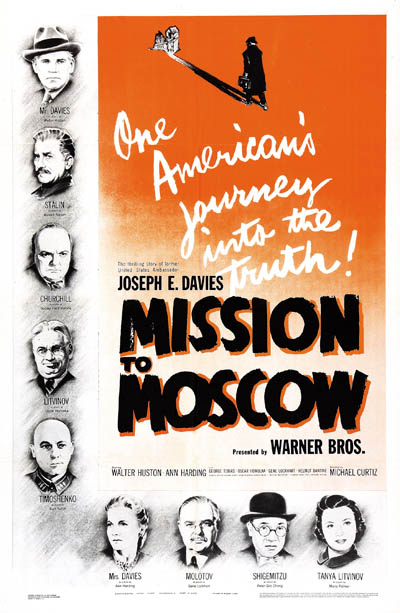 She appears as a character in the movie Mission to Moscow (1943), played by Ann Harding. Mission to Moscow is a 1943 propaganda film directed by Michael Curtiz, based on the 1941 book by the former U.S. ambassador to the Soviet Union, Joseph E. Davies.The movie chronicles the experiences of the second American ambassador to the Soviet Union and was made in response to a request by Franklin D. Roosevelt. It presents a wildly inaccurate view of Stalin's government and justifies or minimises the regime's crimes. For this reason, it was scrutinized by the House Committee on Un-American Activities.  A film based on The New York Times feature "Mystery on Fifth Avenue", which describes an riddle-laden architectural renovation by Eric Clough and architectural firm 212box of a Fifth Ave. 1920s triplex built for Merriweather Post, is in development by J. J. Abrams.