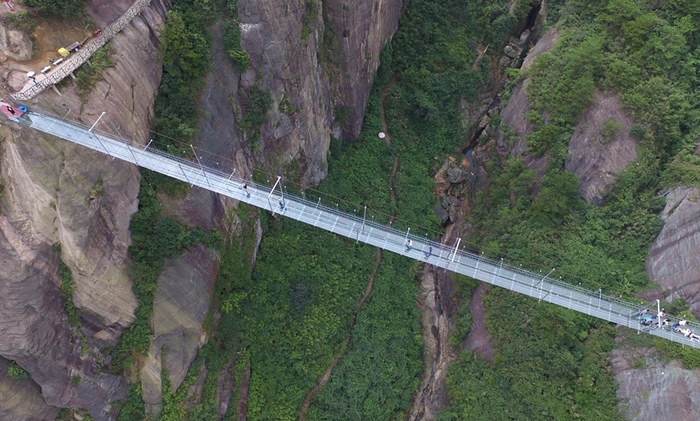 Located in China's Hunan Province, the attraction is the first high altitude glass bridge in the country. Originally made of wood, the national park replaced one section with glass in 2014, before deciding to rebuild the entire structure. 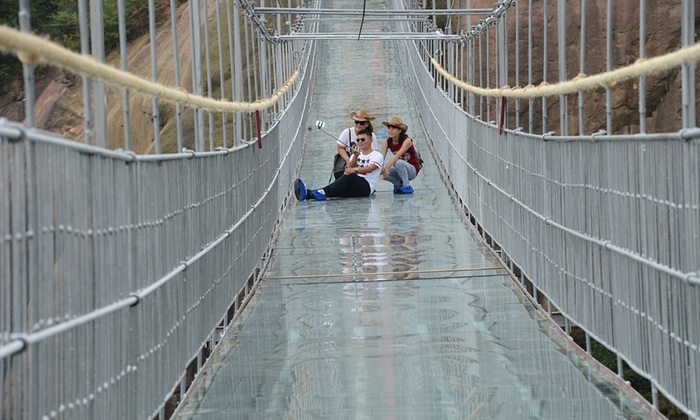 A group of friends take a selfie mid-way across the bridge. Constructed with super strong glass, each pane is 24 millimetres thick and 25 times stronger than average. 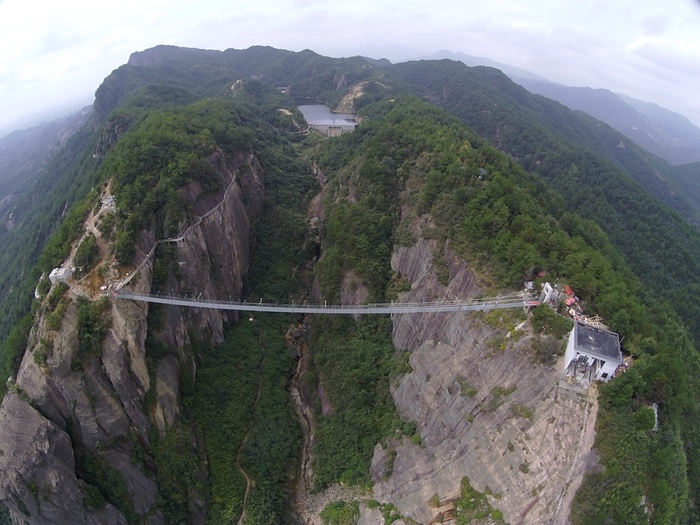 The bridge hangs precariously between the two sides of the canyon, surrounded by dramatic landscape. 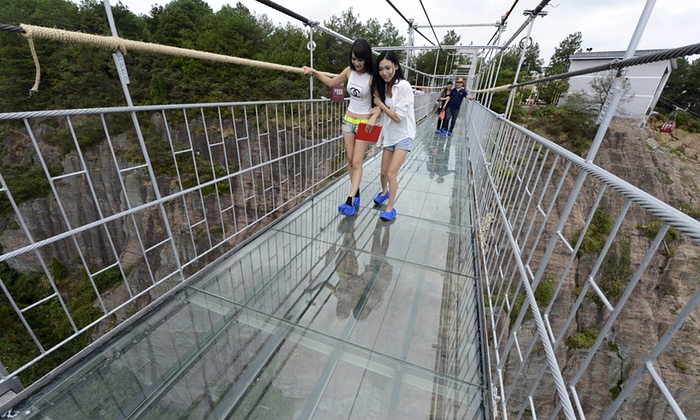 Two friends support each other as they carefully make their way across. 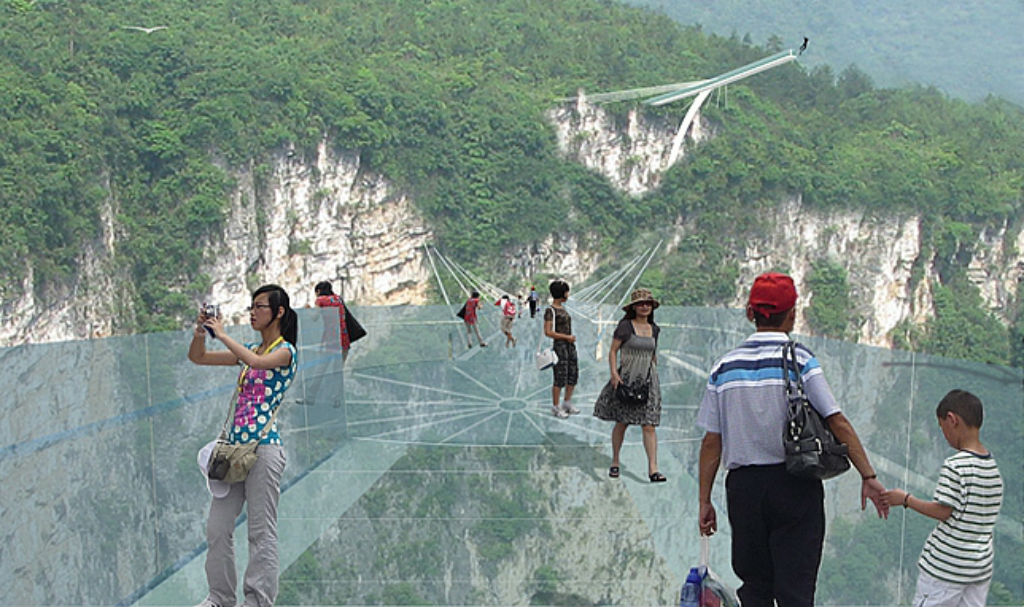 A view of the bridge from below. If this bridge isn't terrifying enough for you, just wait until later in the autumn when Hunan province will gain a second glass bridge spanning the Zhangjiajie Grand Canyon. 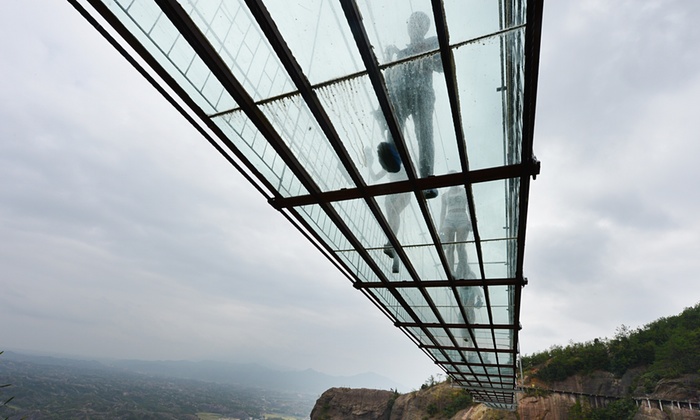 At 430 metres long and 300 metres high, it will be the longest and highest bridge of its kind in the world.