"The walls of the chasma contain many layers, and the floors contain large deposits of layered materials," Indian Space Research Organization officials said in a statement.

According to NASA, the chasm is the northernmost connected valley in Valles Marineris, which is about 2,500 miles (4,000 kilometers) long. The cliffs visible in the images were likely caused by faults that crumbled over time, due to landslides. "The volume of the landslide debris is more than 1,000 times greater than that from the May 18, 1980, debris avalanche from Mount St. Helens," NASA officials wrote in 2011. NASA spacecraft Mariner 9 first discovered Valles Marineris in 1972, along with the massive Olympus Mons — the largest planetary volcano in the solar system. 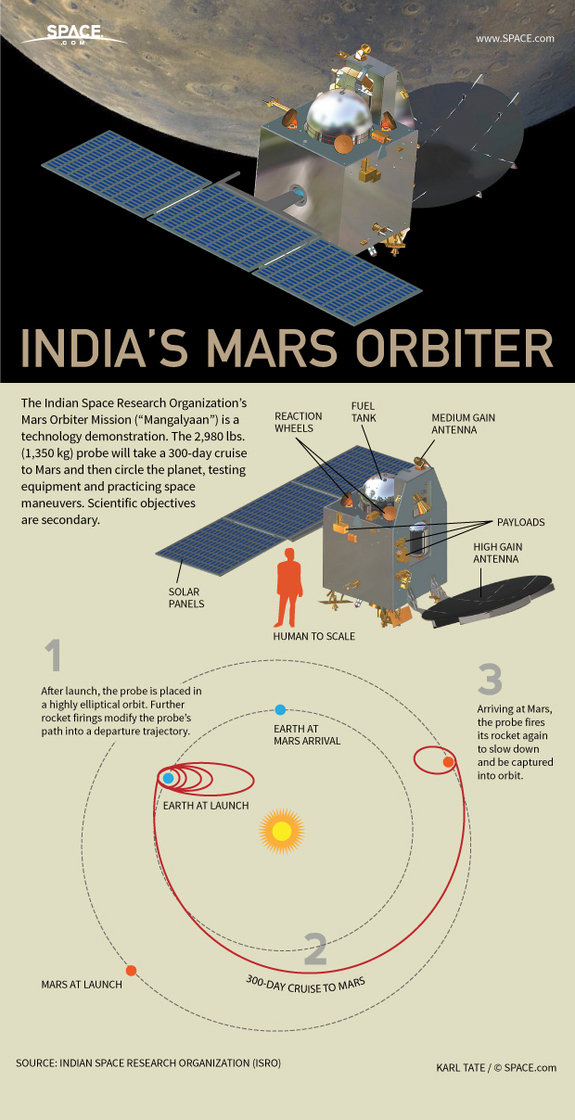 MOM, which is India's first Martian spacecraft, arrived at the Red Planet in September 2014. One of its first images was a picture of Mars as a full disc. It also observed Comet Siding Spring when the comet flew past the planet a month later.

Besides these images of the chasm, MOM's Mars Color Camera has imaged locations on Mars such as Gale Crater, where NASA's Opportunity crater roams, and Tyrrhenus Mons, a large volcano.