Planets and Moons Known to Have Volcanos 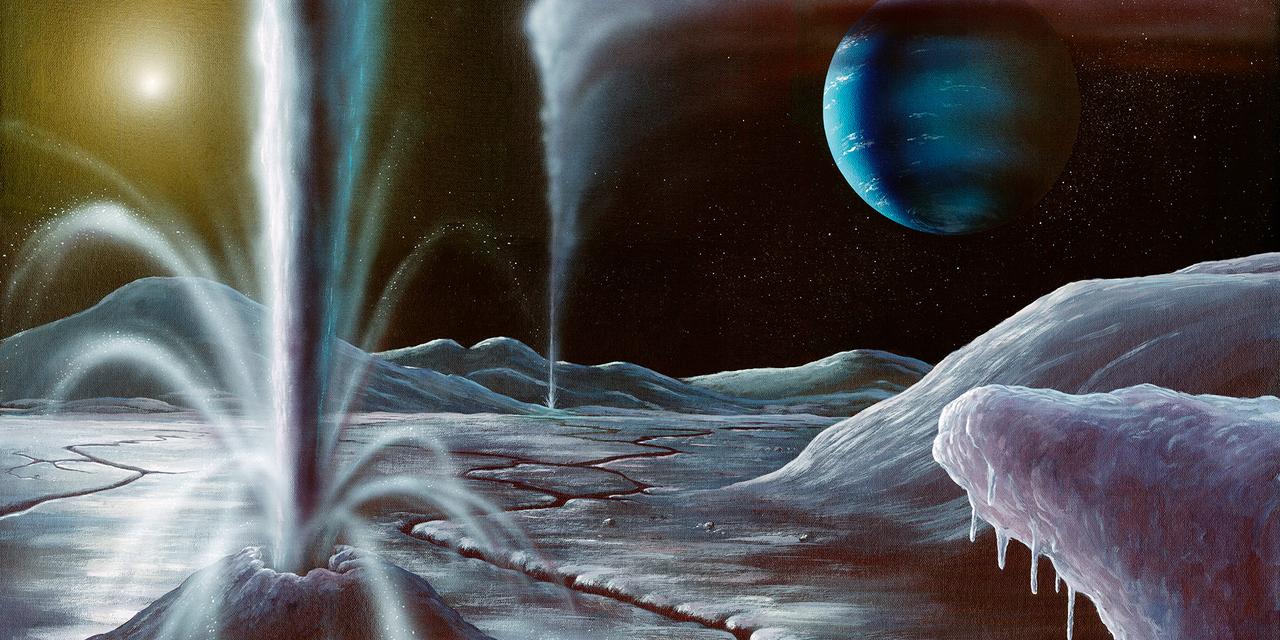 Some of these extraterrestrial volcanoes are "extinct": they have not erupted for millions of years, and probably never will again. But others are as active as anything on Earth. 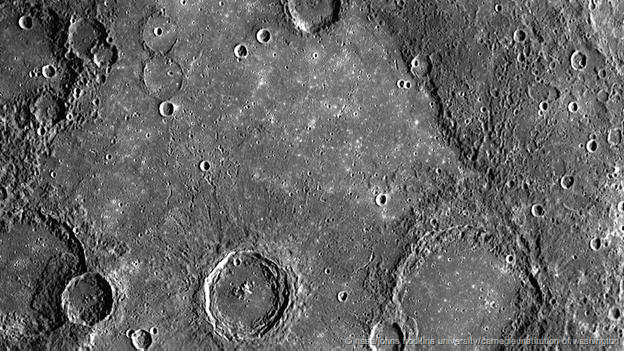 At first glance, you could mistake Mercury for the Moon. The closest planet to the Sun is a grey ball of rock, scarred by countless craters. Nothing much happens there now, but in the distant past it was spattered by volcanoes. There are huge plains that formed when molten lava spewed onto the surface, spread out and cooled. Cracks in the surface reveal that it once split and shifted. The volcanoes died when the planet's interior cooled, so there was no longer enough heat to power them. 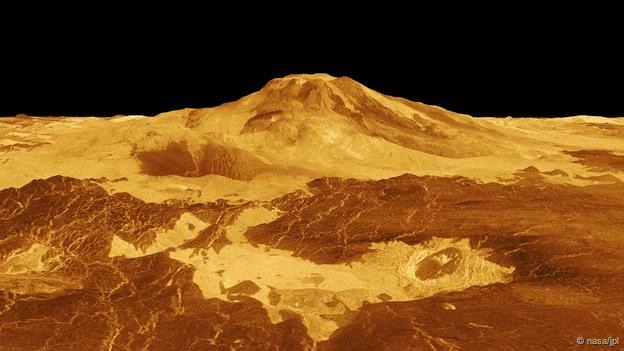 Maat Mons is the Highest Volcano on Venus

From space, Venus is enigmatic. It is covered with thick clouds that never break, so there is no way to see the surface directly. We have had to fall back on radar, and a few rather unlucky probes that have landed there. We say "unlucky" because Venus is punishingly hot, and its atmosphere exerts a staggering amount of pressure. The probes ended up both melted and crushed. Just to add to the impression of hellishness, there is evidence that Venus is volcanically active. 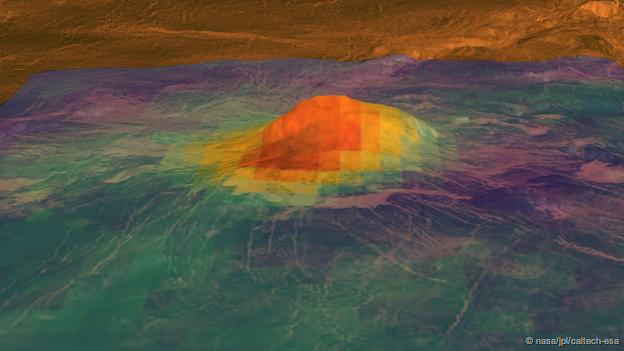 Idunn Mons is Hotter than its Surroundings

There are plenty of features that look like volcanoes. The tallest is Maat Mons, which rises 5 miles (8km) above the surface. It is almost as high as Mount Everest. It's not clear if it is active. But others do seem to be. Idunn Mons appears to be rather warmer than the surrounding rocks, suggesting it contains molten magma. Most convincingly, the orbiting probe Venus Express has detected several spots where temperatures have rapidly risen and fallen. These brief temperature spikes might well have been lava flows. 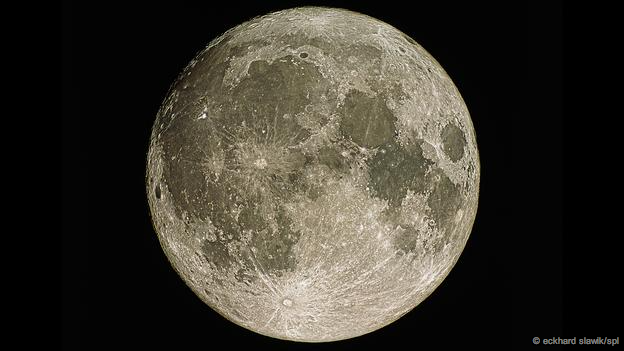 The Dark "Maria" on the Moon are Volcanic Plains

Like Mercury, our Moon was once volcanically active, but no longer. The most obvious sign is the vast dark plains called "maria", which means "seas" in Latin. These are the remains of vast lava flows that trundled across the Moon's surface, before cooling and solidifying. 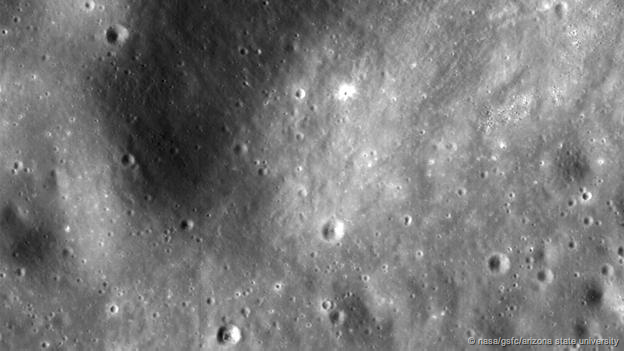 The Hortensius Domes on the Moon

There are also hummocks called lunar domes, which are normally several kilometres across. They often occur in clusters. Those in the picture above are all near the Hortensius crater. Lunar domes are thought to have formed when molten magma erupted and then cooled slowly. Olympus Mons is the Largest Known Volcano in the solar system . 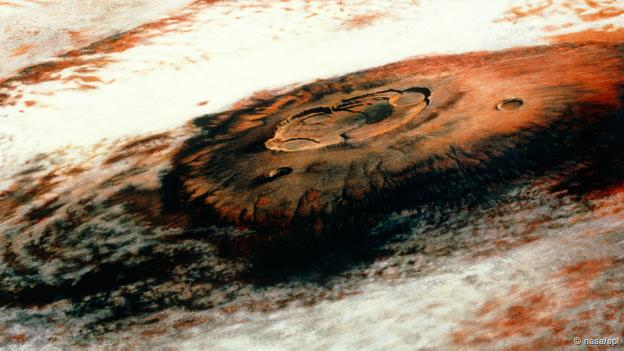 We are looking at Mars at perhaps the least interesting time in its history. In the distant past it had running water and perhaps even simple life, but today the water is all frozen, and if there is any life we haven't found it yet. Mars also used to have active volcanoes, and it did them bigger and better than anywhere else. 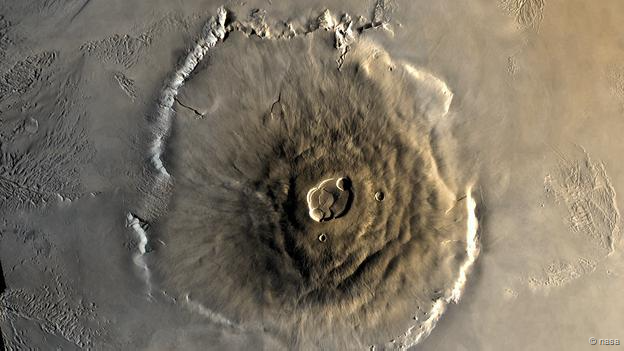 Olympus Mons Seen from Above, Photographed by Viking 1

Olympus Mons is the largest known volcano in the solar system. It dwarfs anything on Earth. It is 16 miles (25km) tall, three times the height of Mount Everest, and has a diameter of 374 miles (624 km) – about the size of the state of Arizona. It has not erupted for millions of years, and probably never will again. 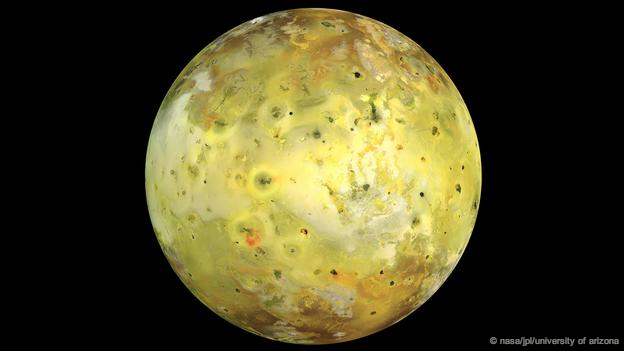 Io is the Closest of Jupiter's Large Moons

Io is one of the four large moons of Jupiter, the largest planet. It is the most volcanically active world in the solar system.

It is almost literally covered with active volcanoes. They erupt plumes of sulphurous chemicals that can reach far out into space. 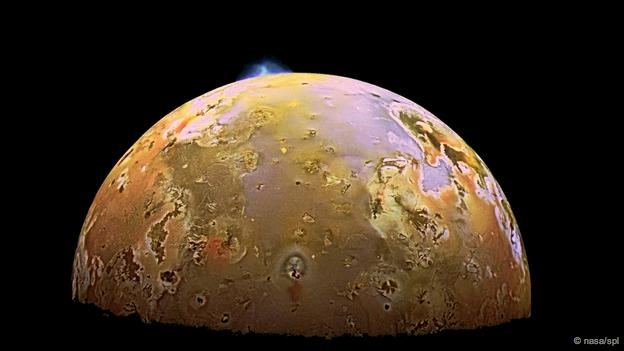 A Volcanic Plume Erupts from Io

Io's volcanoes are powered by Jupiter. Io orbits quite close to Jupiter, so its interior is constantly being pushed and pulled by powerful tidal forces. It is as if Io's core was dough, and Jupiter was kneading it. These titanic forces mean that Io's interior gets very hot. All that heat energy has to come out somehow, and it does so through the volcanoes. 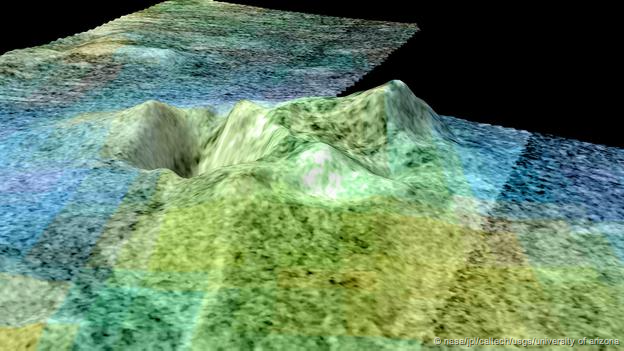 Titan is the largest moon of Saturn, the ringed planet. It is the only known moon to have a dense atmosphere, although not one we could breathe. Apart from Earth, it is the only body in the solar system with lakes. But unlike our watery ones, Titan's lakes are made up of liquid hydrocarbons.

Titan may have cryovolcanoes. Instead of erupting molten lava, they would erupt volatile liquids like water and ammonia. The mountain in the picture above is called Doom Mons, after Mount Doom in JRR Tolkien's The Lord of the Rings. The depression to the left of it is called Sotra Patera, and is one of the most promising sites for an active cryovolcano.

Volcanoes have shaped the Earth: By pumping hot molten rock onto the surface, they have built new lands. The islands of Hawaii were formed by underwater volcanoes that blasted out so much rock, it reached above the surface of the sea. Volcanoes have also changed the makeup of the atmosphere. By pumping greenhouse gases into the air, they have ensured that the planet doesn't freeze over – well, most of the time. But Earth isn't the only world with volcanoes. The more we explore the solar system, the more we find that they are common, and they can dwarf our homemade ones. Some of these extraterrestrial volcanoes are "extinct": they have not erupted for millions of years, and probably never will again. But others are as active as anything on Earth. 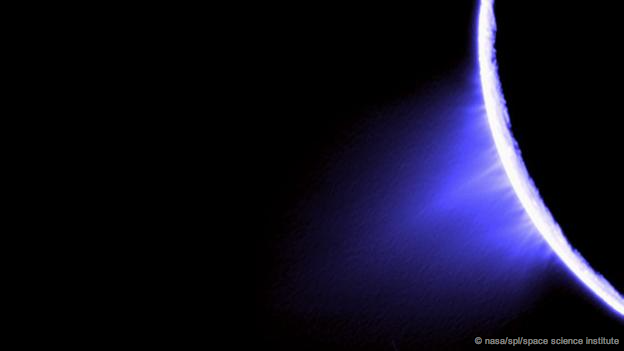 A Geyser Erupts from Enceladus

There is still some debate about whether Titan truly has active cryovolcanoes, but there is no doubt about another of Saturn's moons, Enceladus. Over 100 geysers periodically blast water and other chemicals up from Enceladus's icy surface, and far into space. The Cassini probe first detected these plumes in 2005. The water may be coming from an ocean hidden beneath Enceladus's icy surface. 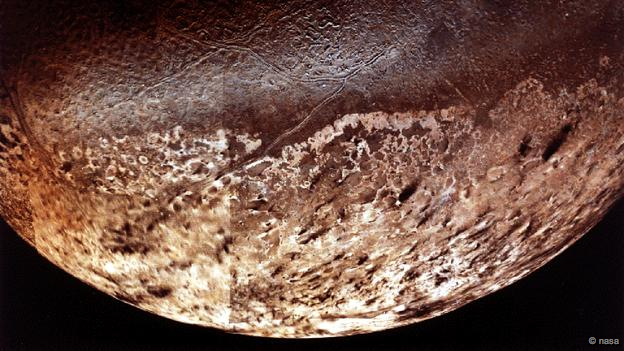 This final volcanic world is almost unimaginably far away. It is the largest moon of Neptune, the eighth planet, and it is 30 times as far from the Sun as Earth is. 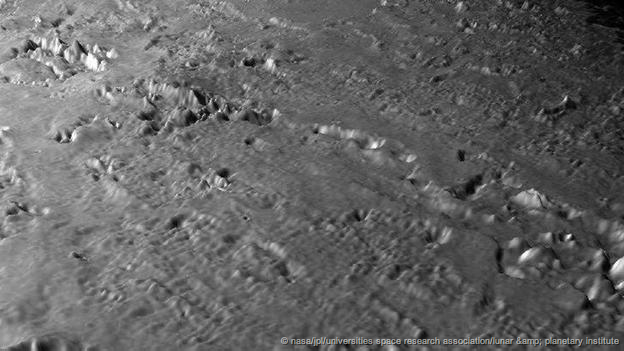 The Volcanic Landscape of Triton

It was visited by the Voyager 2 space probe in 1989. The photos Voyager sent back revealed a crater-pitted landscape similar to that of the Moon. 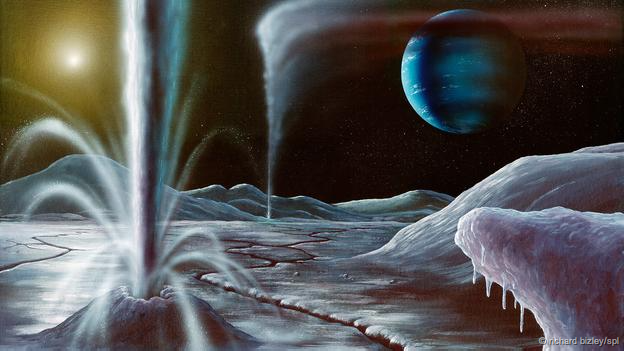 Voyager 2 also discovered plumes of material erupting from Triton's surface, and reaching about 5 miles (8km) into space. Like Enceladus and possibly Titan, Triton's volcanoes are spewing out ice rather than lava. NASA scientists suspect that most of the mountains and ridges on the surface are made of water ice rather than rock.