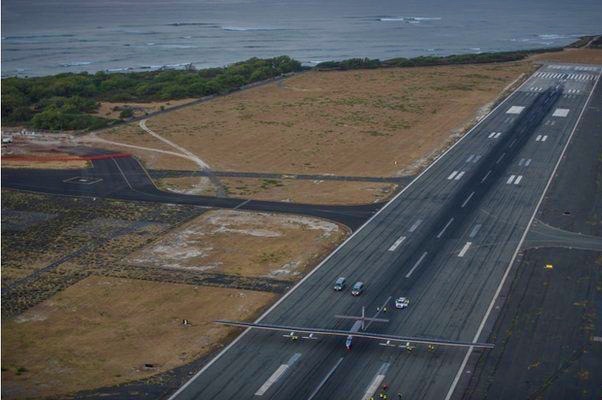 He said he looked forward to having a shower and visiting one of the many steakhouses suggested to him on the way into Hawaii's O'ahu island."We have some work to do, and to meet people, because I am sure a lot of people will want to see the aeroplane and discuss its technologies. But there is no way we shouldn't try some surfing," he joked. 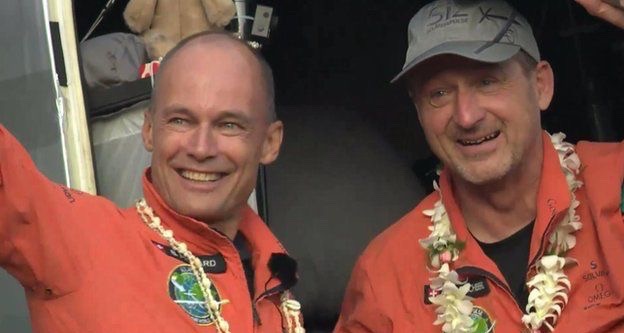 The pair are sharing flying duties in their quest to circumnavigate the globe - an effort they began in Abu Dhabi, UAE, back in March. It is Mr Piccard who will now fly the next leg from Hawaii to Phoenix, Arizona. That will not be quite as far as the leg just completed, but it will still likely take four days and nights. From Phoenix, Solar Impulse will head for New York and an Atlantic crossing that would eventually see the plane return to Abu Dhabi. But, first, the Solar Impulse ground crew in Kalaeloa will need a few days to check over the aircraft. During this servicing, meteorologists will once again take on the tricky task of finding a suitable flight window. 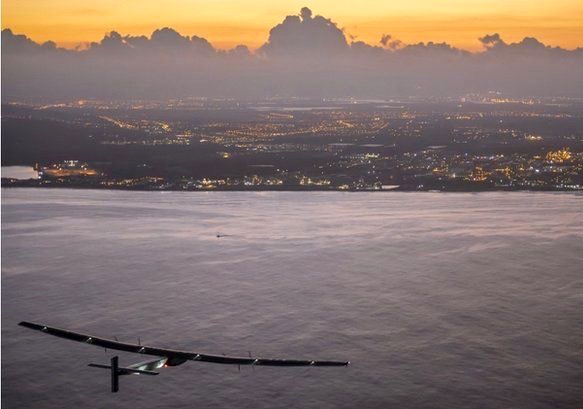 Getting Solar Impulse to Hawaii Proved More Problematic than Anyone Could Have imagined: The project was stuck in Nanjing, China, for five weeks before the first attempt to cross the ocean was made. Solar Impulse's slow speed, light weight and 72m wingspan put significant constraints on the type of weather the vehicle can handle, and that first sortie was aborted after just one day in the air because of a fast developing cold front ahead of it. 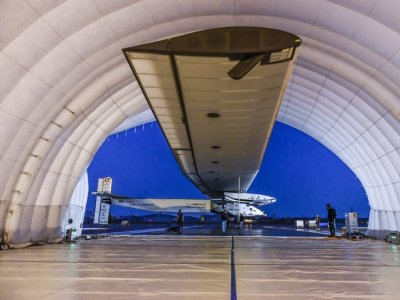 Mr Borschberg diverted to Nagoya, and then had to wait a further month before being given the green light on Monday to again take off for Kalaeloa. Even so, he has had to cross two weather fronts this week and has endured some uncomfortable turbulence as a consequence.

The Swiss team is using the various stopovers on its round-the-world journey to carry a campaigning message to local people on the topic of clean technologies. The Solar Impulse plane is not really intended to be a vision of the future of aviation. Rather, it is supposed to be a demonstration of the current capabilities of solar power in general. 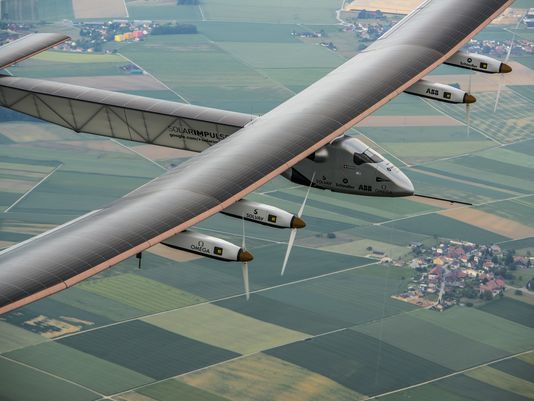 The vehicle is covered in 17,000 photovoltaic cells. These either power the vehicle's electric motors directly, or charge its lithium-ion batteries, which sustain the plane during the night hours. 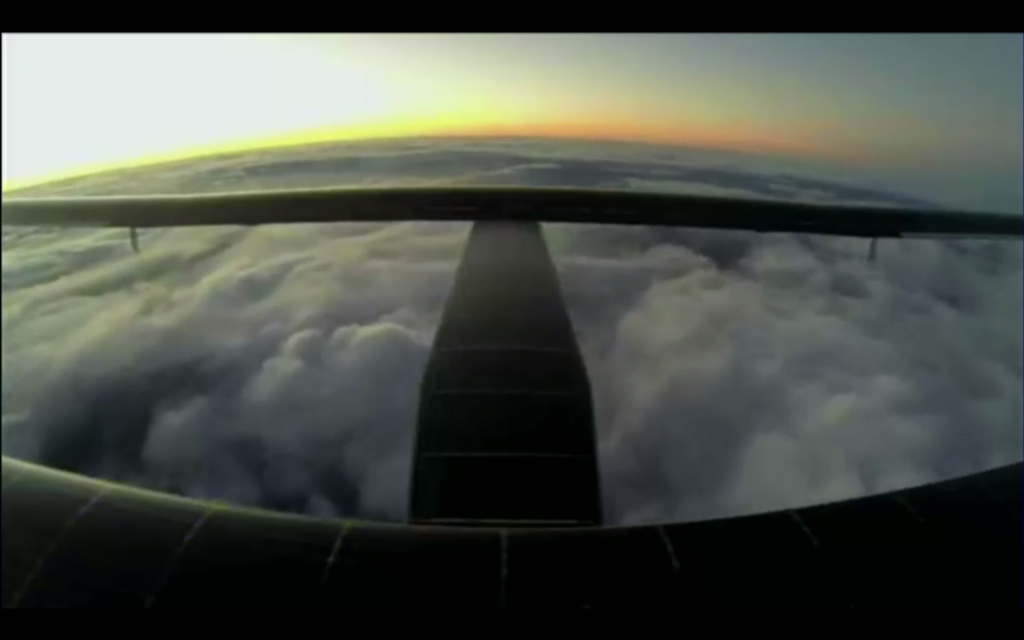 Mr Piccard told reporters at Kalaeloa: "Andre's flight was longer than all the other single-seater flights that had fuel. That's an incredible message. "Now you can fly longer with no fuel than you can with fuel. So, what Andre has done is not only a historic first for aviation, it's a historic first for renewable energies. And this is why we are doing this project." 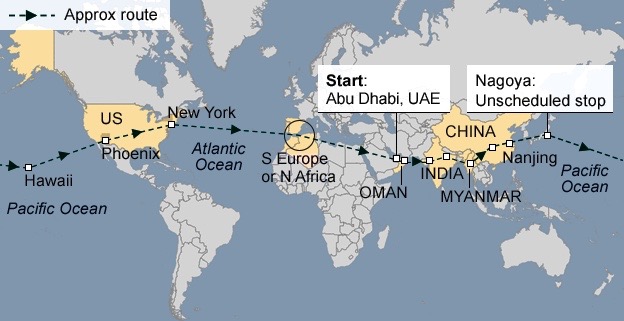