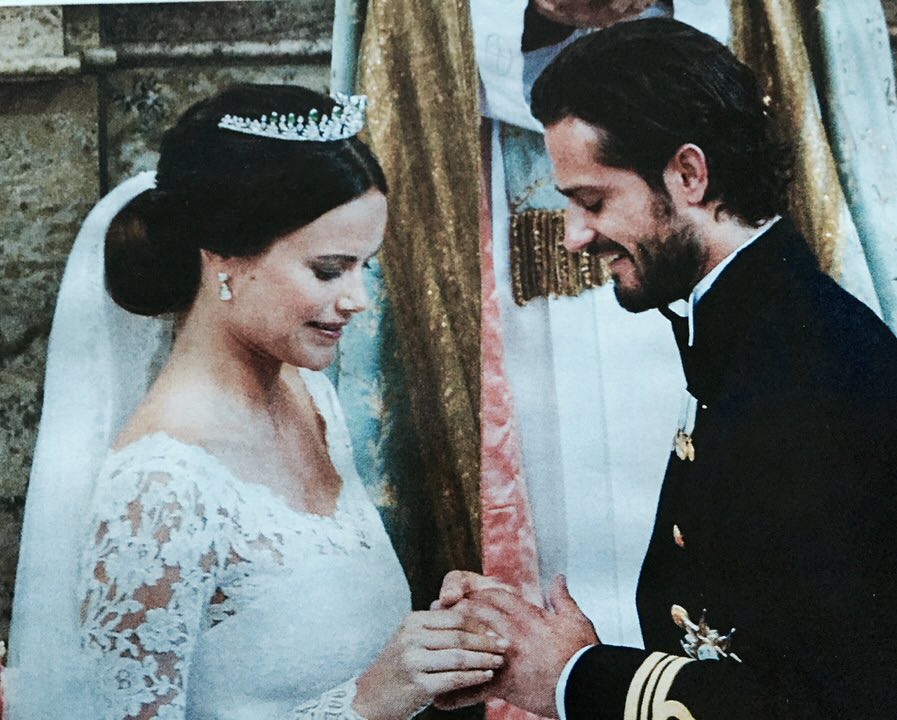 Prince Carl Philip was initially reported to have had difficulties putting the ring on his bride's finger while the royal couple said their vows. A band played a version of the Coldplay song Fix You in the royal chapel, and the newly weds were then serenaded by a man singing a Swedish version of the song Umbrella by Rihanna. The pair reportedly first met at a restaurant in 2010, with news of their relationship being revealed soon after. 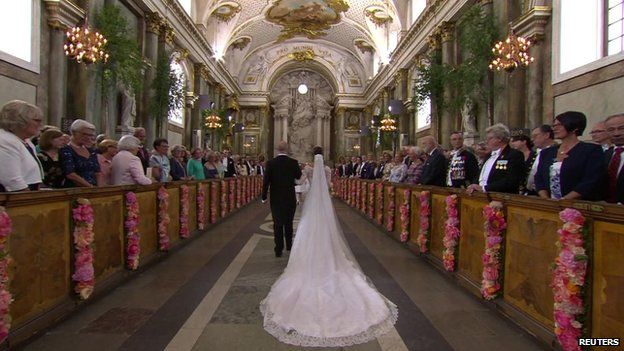 A former reality-TV star and glamour model has become a princess, marrying the man who is third in line to the Swedish throne. Sofia Hellqvist, 30, married 36-year-old Prince Carl Philip at a lavish ceremony in the chapel of Stockholm's Royal Palace. Thousands of well-wishers lined the streets for the event, despite polls suggesting the Swedish royal family's popularity is waning. 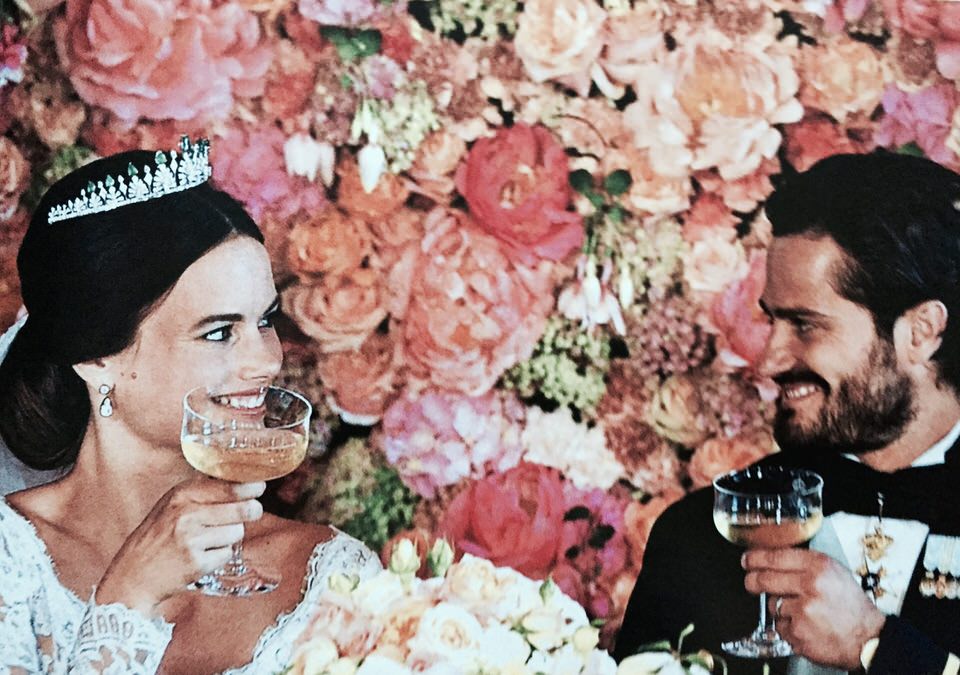 The Wedding Reception at the Stockholm Palace

Princess Sofia stood up to give her own speech:  "I want to do something in my own words to show my love to you, which I'm going to do through my friends. From me to you," she has said.   She's just introduced a song, performed by Swedish singing star Molly Sandén, accompanied by Danny Saucedo.  The text is along the lines of "Everything I am, everything I have: I'll love you until my final breath and with every beat of my heart."

Apparently, Sofia wrote the lyrics herself. 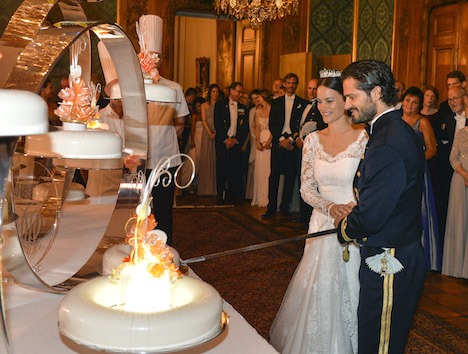 The Cake Cutting Ceremony with a Traditional Sable Sword 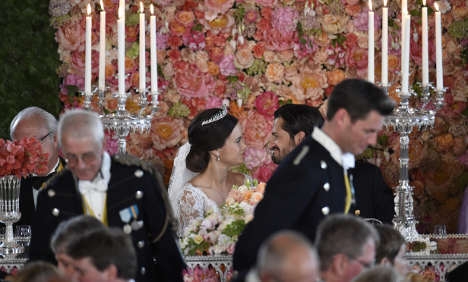 Here's a look at the food and wine menu to get your mouths watering: 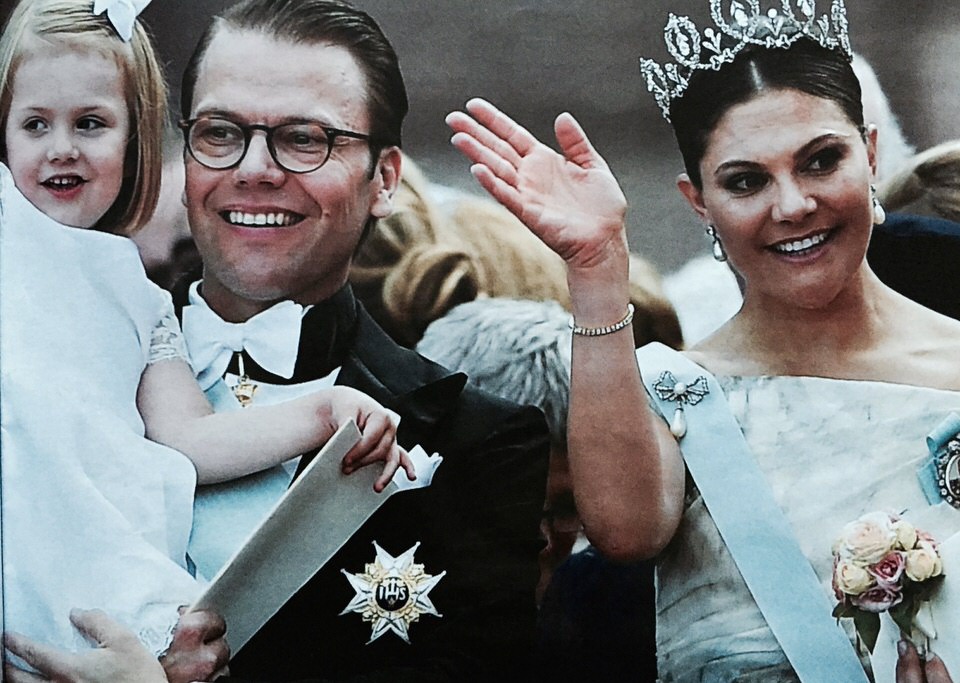 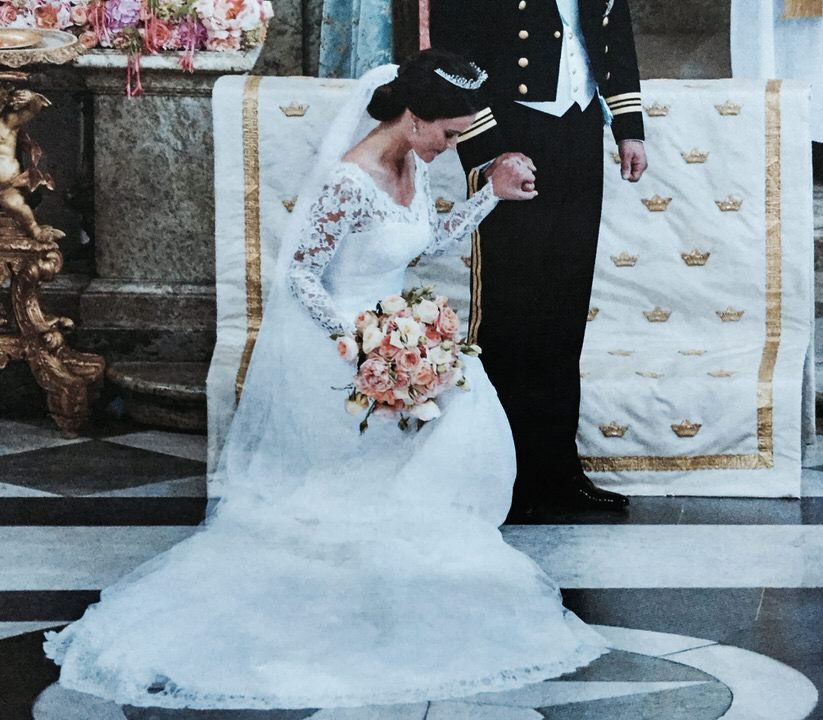 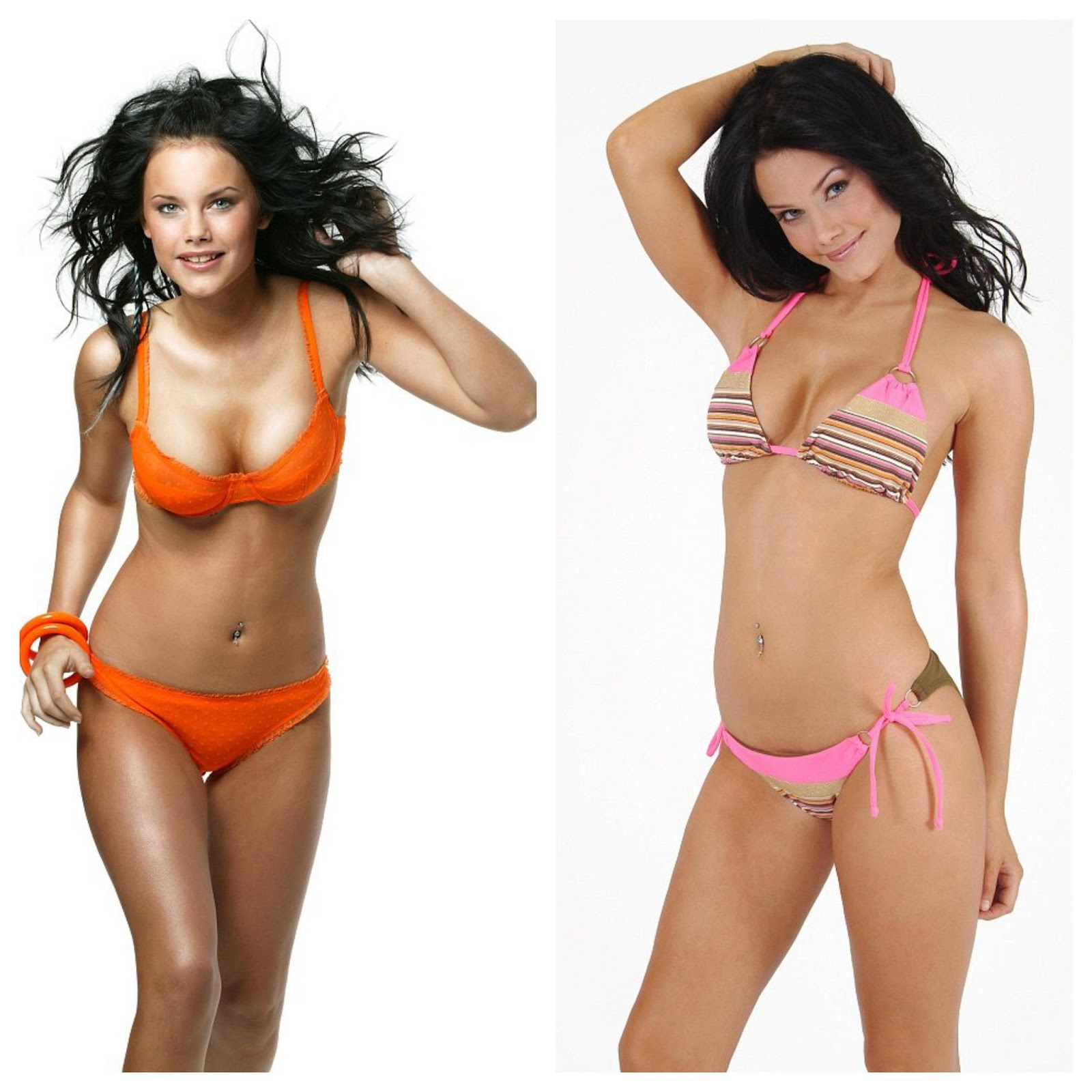 The Swedish media made much of Ms Hellqvist's past, which included posing topless with a boa constrictor for a men's magazine in 2004. A year later she appeared on the Swedish reality TV show Paradise Hotel, in which scantily dressed singletons compete to stay in a luxury resort. In response to the media interest, Ms Hellqvist told Swedish television that she had long since moved on. 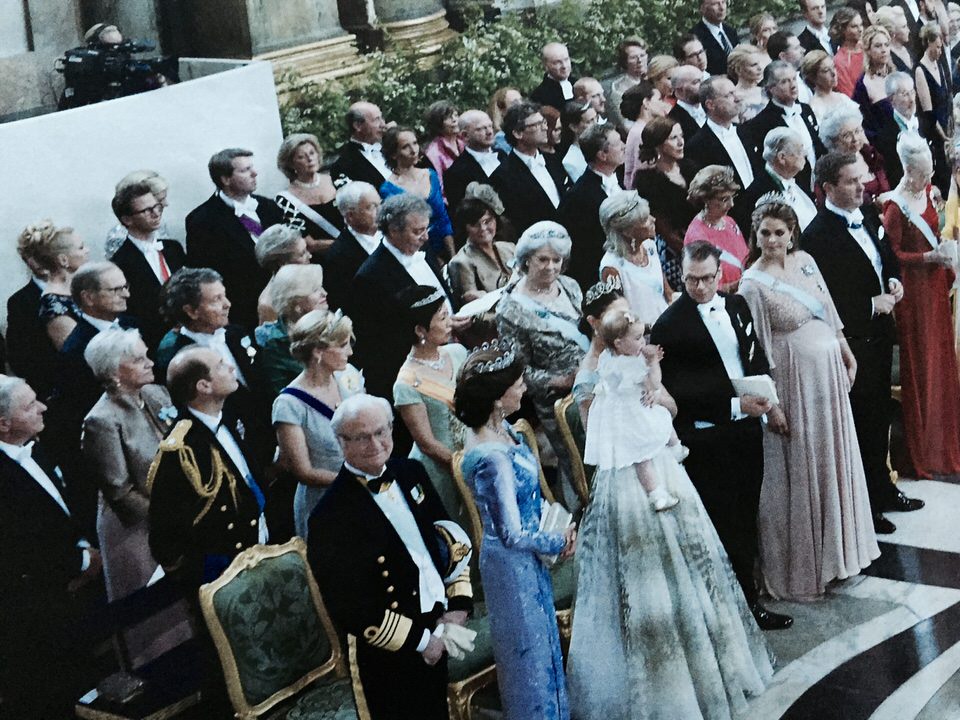 "I don't regret anything. All these experiences have made me the person I am," Ms Hellqvist said. "I wouldn't have made those choices today," she added. Amid rumours that her past had caused disquiet among the royal family, the palace has emphasised her charity work. 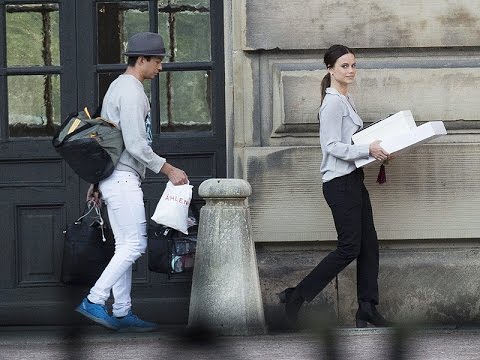 In 2010 she co-founded the Project Playground charity which helps disadvantaged children in South Africa. She has also worked as a volunteer in several African countries. Ms Hellqvist, who is from the central Swedish town of Alvdalen, also studied accounting in New York in 2005 and worked there as a yoga teacher and a waitress. On Friday evening, more than 200 wedding guests attended a dinner in honour of the couple on the island of Skeppsholmen. 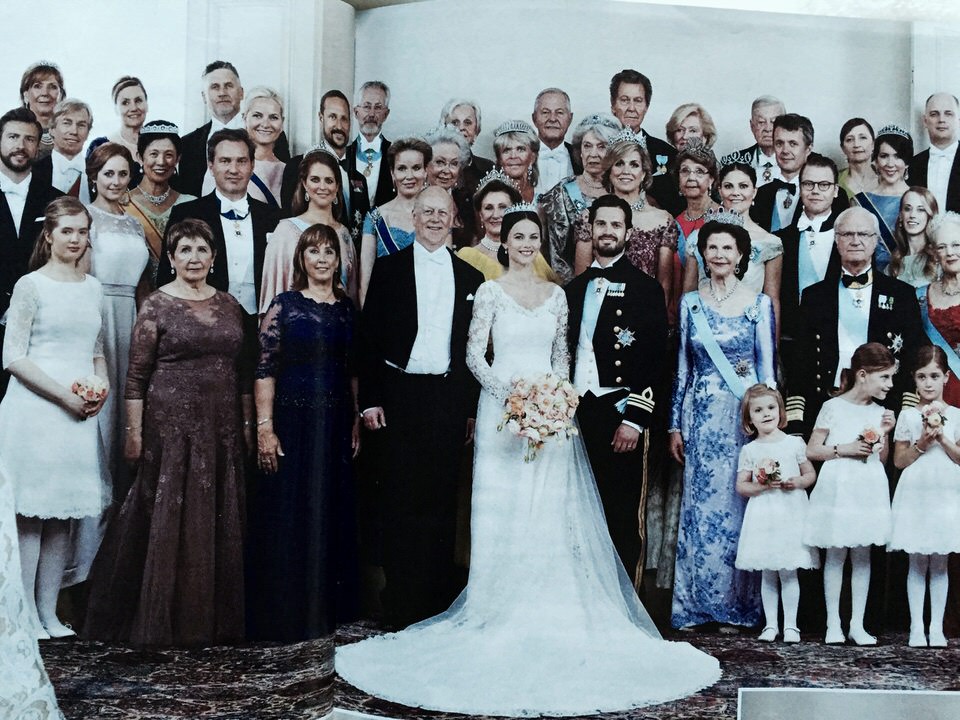 Carl Philip is Third in Line to the Throne Behind his Elder Sister Crown Princess Victoria and her Three-Year-Old Daughter, Princess Estelle

Carl Philip was actually born as Crown Prince and heir to the throne - but within seven months of his birth he was demoted to be a mere prince, and never to be king. His elder sister, Victoria, now bears that responsibility, after Sweden's succession rules were changed to give girls an equal right to the throne. But the fact that Carl Philip will never be king has given him the chance to shape his own life - and for him and his Princess Sofia to shape their own wedding.