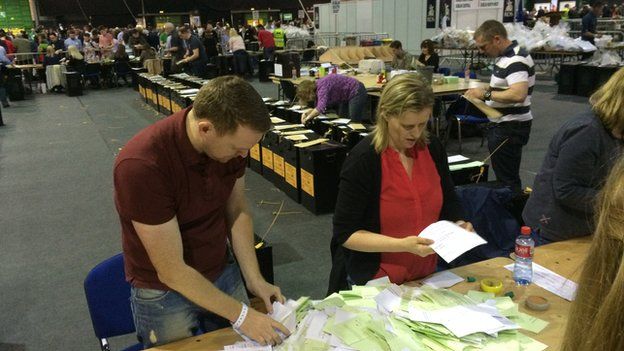 "People from the LGBT (lesbian, gay, bisexual and transgender) community in Ireland are a minority. But with our parents, our families, or friends and co-workers and colleagues, we're a majority," said Varadkar, who watched the votes being tabulated at the County Dublin ballot center. "For me it wasn't just a referendum. It was more like a social revolution," he said. 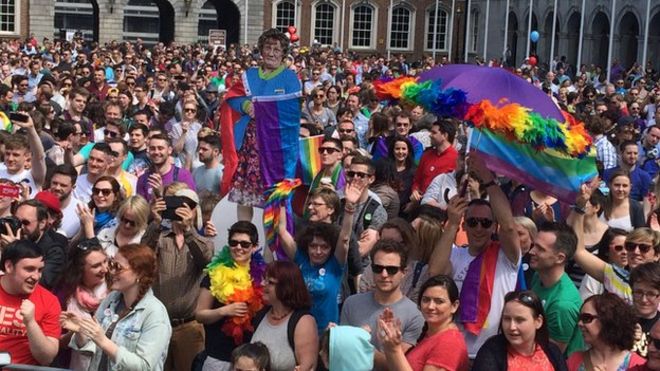 In the first official result, the Dublin North West constituency voted 70.4 percent "yes" to gay marriage. But the outcome was already beyond dispute as observers, permitted to watch the paper ballots being counted at all election centers, offered precise tallies giving the "yes" side an unassailable nationwide lead. Michael Barron and Jaime Nanci, a gay couple legally married in South Africa five years ago, celebrated with friends at the Dublin City counting center as the reality sank in that, once Ireland's parliament passes the complementary legislation, their foreign marriage will be recognized in their homeland. "Oh.My.God! We're actually Married now!" Nanci tweeted to his spouse and the world, part of a cavalcade of tweets from Ireland tagged (hash)LandslideOfLove. 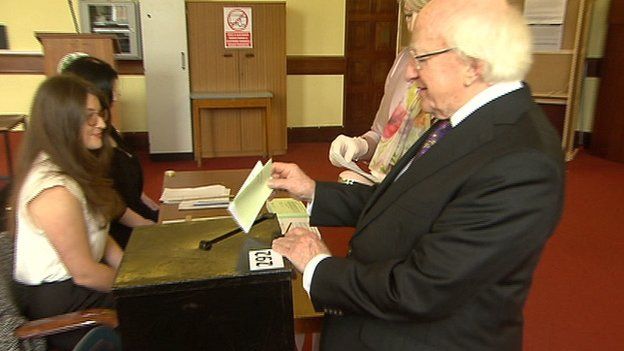 Political analysts who have covered Irish referendums for decades agreed that Saturday's emerging landslide marked a stunning generational shift from the 1980s, when voters still firmly backed Catholic Church teachings and overwhelmingly voted against abortion and divorce. "We're in a new country," said political analyst Sean Donnelly, who called the result "a tidal wave" that has produced pro-gay marriage majorities in even the most traditionally conservative rural corners of Ireland. 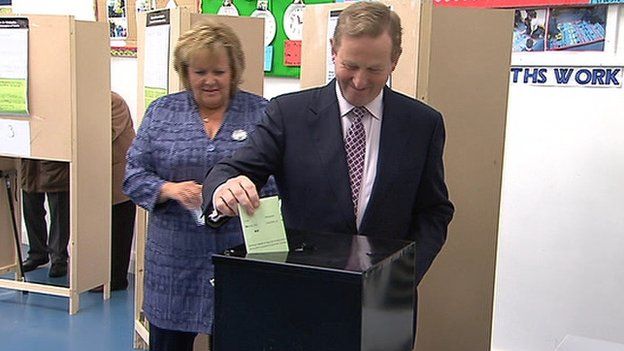 "I'm of a different generation," said the gray-haired Donnelly, who has covered Irish politics since the 1970s. "When I was reared up, the church was all powerful and the word 'gay' wasn't even in use in those days. How things have moved from my childhood to now. It's been a massive change for a conservative country." 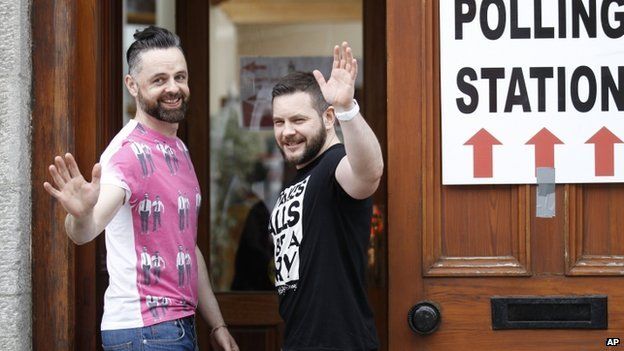 Partners Adrian and Shane Casting Their Votes in Drogheda

Ireland's deputy prime minister, Labour Party leader Joan Burton, said Ireland was becoming "a rainbow nation with a huge amount of diversity." She said while campaigning door to door, she met older gay people who described how society made them "live in a shadow and apart," and younger voters who were keen to ensure that Irish homosexuals live "as free citizens in a free republic." 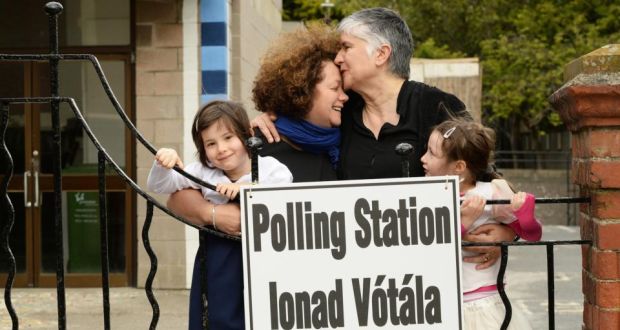 The "yes" side ran a creative, compelling campaign that harnessed the power of social media to mobilize young voters, tens of thousands of whom voted for the first time Friday. The vote came five years after parliament approved marriage-style civil partnerships for gay couples. Those seeking a "no" outcome described their defeat as almost inevitable, given that all of Ireland's political parties and most politicians backed the legalization of homosexual unions. 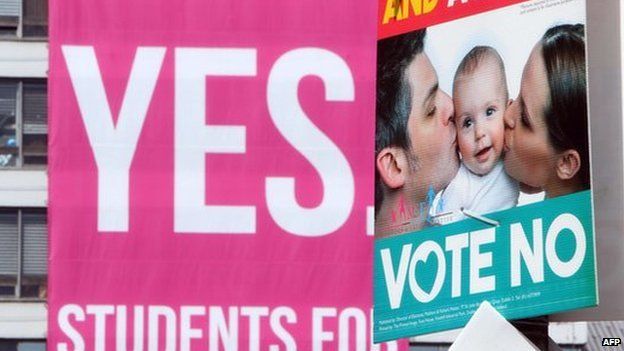 David Quinn, leader of the Catholic think tank Iona Institute, said he was troubled by the fact that no political party backed the "no" cause. "We helped to provide a voice to the hundreds of thousands of Irish people who did vote no. The fact that no political party supported them must be a concern from a democratic point of view," he said. Fianna Fail party leader Michael Martin, a Cork politician whose opposition party is traditionally closest to the Catholic Church, said he couldn't in good conscience back the anti-gay marriage side because "it's simply wrong in the 21st century to oppress people because of their sexuality." Some in Martin's party - the perennial heavyweight in Irish politics but decimated since its ouster from power following Ireland's 2010 international bailout - did privately oppose the amendment, but only one spoke out in favor of the "no" side. 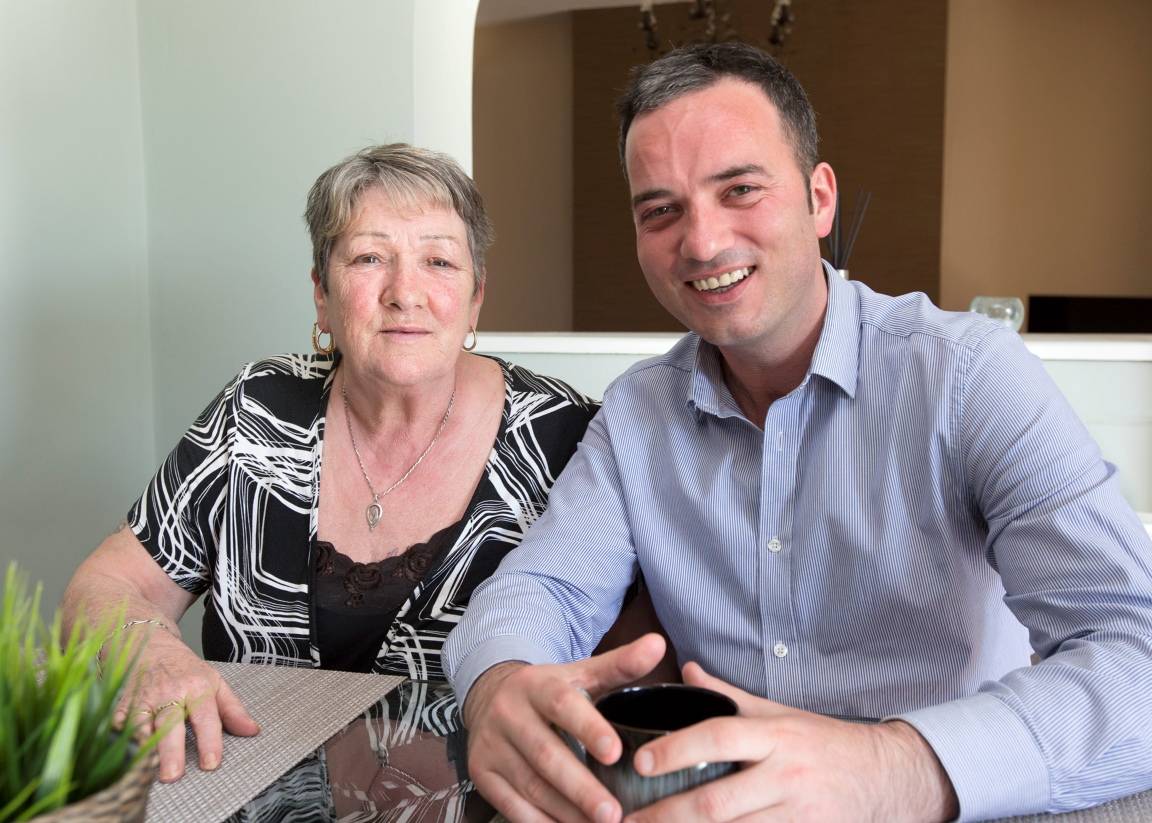 John Lyons, one of just four openly gay lawmakers in the 166-member parliament, waved the rainbow flag of the Gay Pride movement in the Dublin City counting center and cried a few tears of joy. He paid special credit to the mobilization of younger voters, many of whom traveled home from work or studies abroad to vote. "Most of the young people I canvassed with have never knocked on a door in their lives," Lyons said. "This says something about modern Ireland. Let's never underestimate the electorate or what they think." 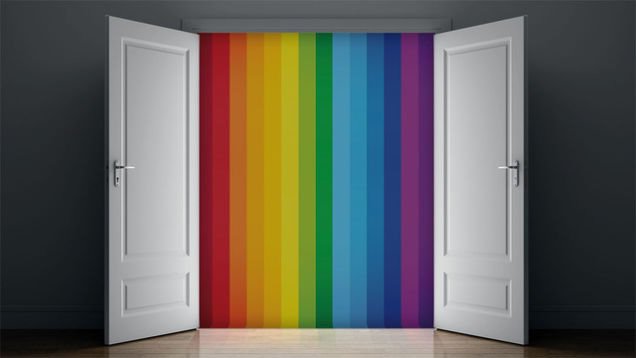 Ireland Coming Out of the Closet

Voters rejected centuries of anti-gay rhetoric and saw the truth about love, that it does not have a gender, race, skin color, creed, or sexual orientation! The vote, which marks the first time a country has legalized same-sex marriage through popular vote, has already given one teen the courage to come out of the closet.

"I am a 16 year old teenager, so I had no say in this referendum. But recently I have discovered that I am bisexual. I didn't tell anyone, for how could I expect them to treat me equally if the law didn't? I didn't want to acknowledge that I might never get married to someone I love. Today, however, when I woke up and heard the news, I started crying. I have already come out to a few of my close friends this morning, knowing that today I am living in a more equal Ireland than the one I went to sleep in yesterday. To everyone out there who vote yes: thank you for giving me a future where I can be happy. Thank you for changing my life forever. Not bad for just putting an X in a box, right? Thanks to your 'Yes' vote, you have given teens the courage to step out of the shadows of their closets and say "I am proud of who I am!"