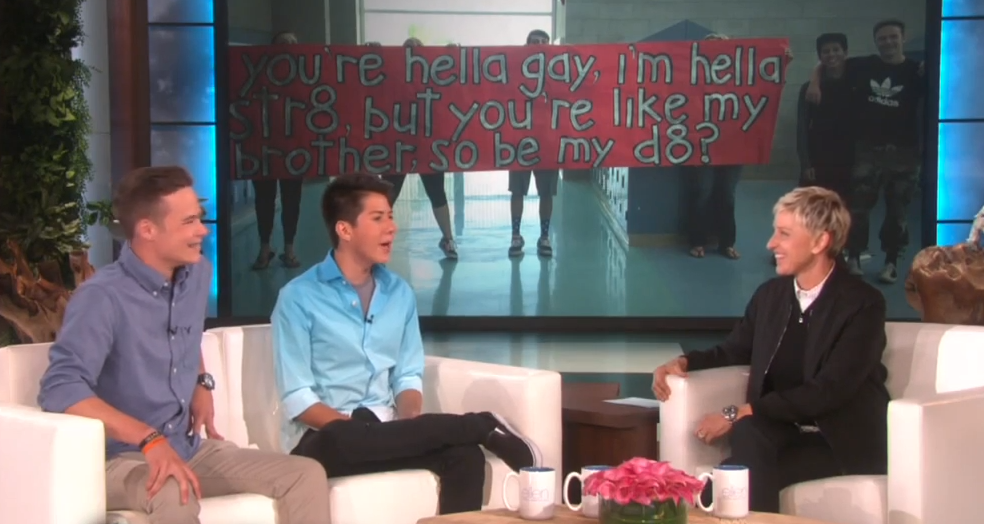 The promposal went viral and even landed the duo on Ellen. Ellen invited the two best friends on her show to let more of the world know their story. 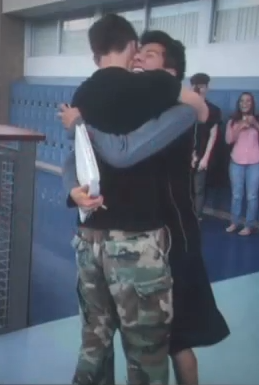 Lescenski, who is as sincere and genuine as his promposal, explained how he came to accept and embrace Martinez's crush on him, and become a supporter of gay rights, deciding to express himself with a gesture of love for his friend. Said Ellen: "If that can't be an example for people in the world to know that we just - that you have a date with your friend who you had a crush on and he's open-minded enough to do this. 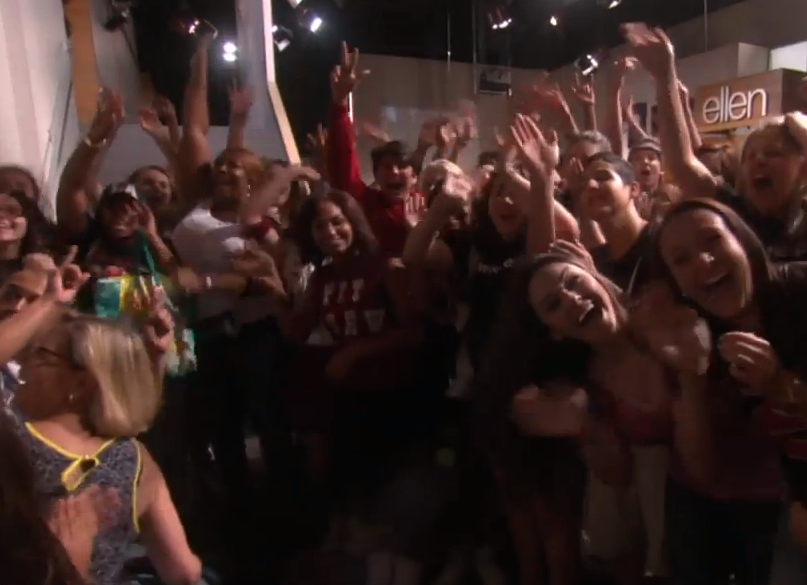 Ellen mentioned that attending the show were their teachers who drove in from Las Vegas; their parents who were in the audience; and many students who supported them. She said: "Good for you. I just wanted to say I know that there are some schools out there that don't support this and wouldn't allow this to happen and it's really a shame because prom is very important to a lot of people."

Ellen Rewarded the Couple for Making a Difference with a $10,000.00 Check Each

for Their College Education 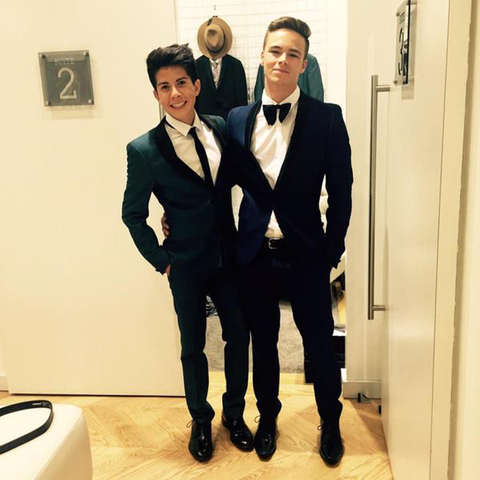 "Teen Vogue" tagged along with Anthony and Jacob to document their prom night, meet their families and find out a little more about their friendship. Though heartwarming, their story is not without reminders of prejudice. One of Anthony's family members had planned to get Anthony a cake that read, "You're gay, he's straight; you're going to prom, you couldn't have had a better date" but the bakery refused to make the cake because it had the word "gay" in the writing. Talking about the experience, Jacob says, "I expected people to say, 'This is different. This is not OK.' But it is OK. And that's what we're trying to prove."