The Salad Trail: The Tastiest Tourist Attraction in the Israili Desert 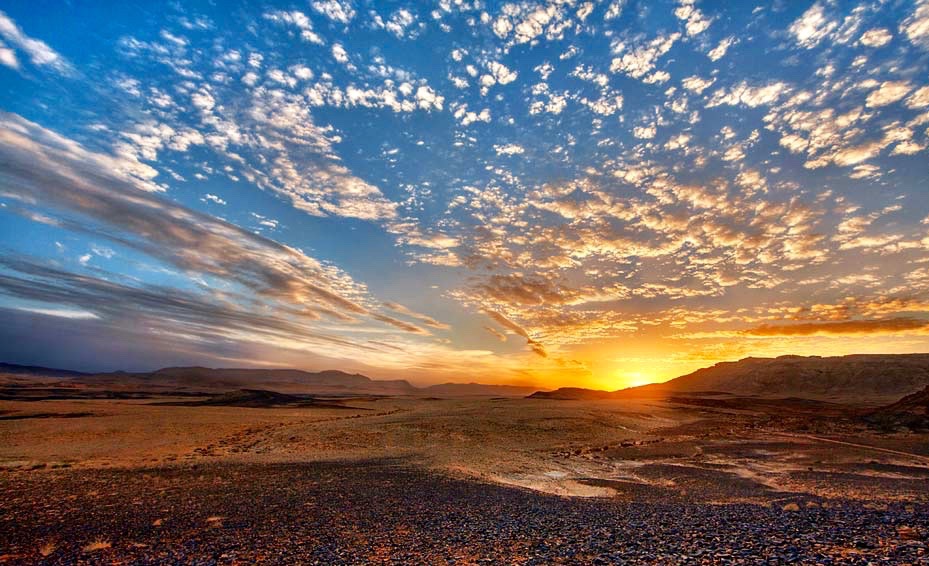 "If you want to see how the real vegetables grow, and taste the best vegetables in the world, that's reason enough to come visit," Alon, the brains behind this blossoming oasis in the middle of the sandy desert. "If you want to see the real Israel and see how you can take a desert and change it and make it bloom, it's enough reason to drive 1.5 hours from Tel Aviv." 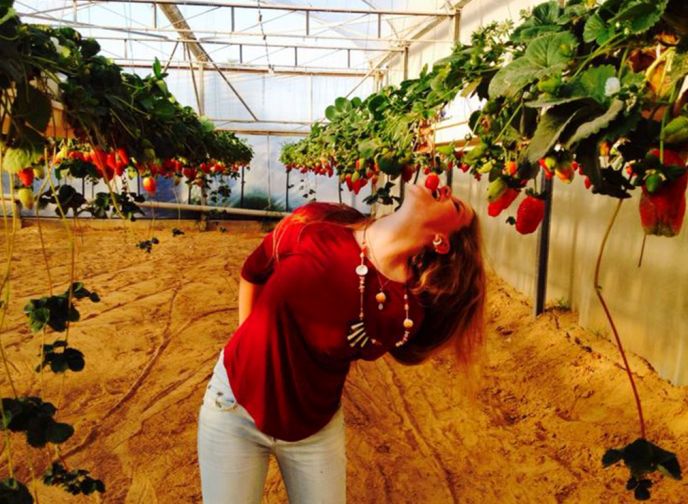 Alon, who grew up in Rehovot and always dreamed of being a farmer, started the Salad Trail 11 years ago and says it is unique in Israel for its range of produce and educational component. "This is the only farm with a professional tour," he says. "It's not only about coming here to pick vegetables but also to understand how they grow, learn about the environment and understand the agricultural innovations and technologies." Each year, some 45,000 people – mostly tourists – make the trip out to Moshav Talmei Yosef, where his farm is located, to roam the fields, pick, touch, taste and learn about the crops they eat. 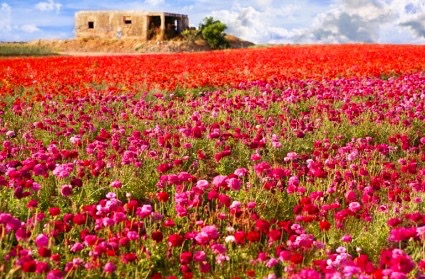 Alon sees his mission as one with the well-known vision of Israel's first prime minister."I came here to live 27 years ago because I followed Ben-Gurion's dream, to make the Negev bloom," says Alon, who first ran a commercial farm before converting it into an educational facility about 10 years ago.

The average amount of rain in the area is 80 millimeters annually. Alon highlights Israeli innovations including recycled water and irrigation technologies as key to his success in growing 80 different crops on his desert land. 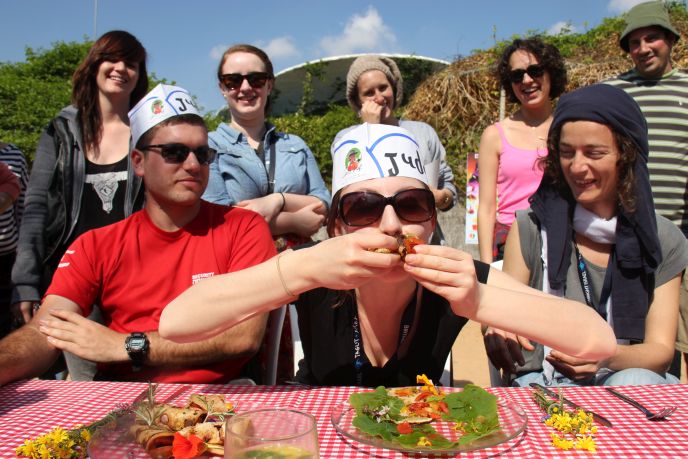 Judging a "Chef of the Trail" Competition

The 51-year-old farmer, who took part in the recent FuTurism.com innovation conference in Tel Aviv, has become an adviser in Israel and abroad to those seeking out farming knowledge on how to grow produce in difficult terrain without resorting to pesticides. In greenhouses, orchards and fields, Alon grows 15 varieties of cherry tomatoes, seven varieties of mint, edible flowers, four colors of carrots, two types of chili, two types of flying strawberries, three types of cucumbers, three kinds of radishes, more than 30 herbs and a new strain of orange known as Uri Kaduri (similar to a kumquat), among other produce. (The Uri Kaduri is not named after the modern Hebrew comic-strip hero but rather for Alon's first name.) 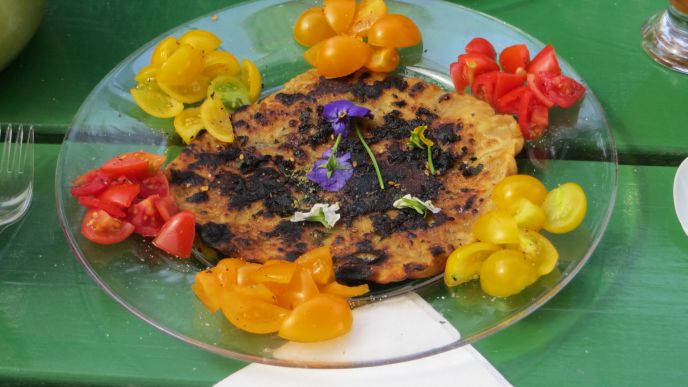 Alon employs 15 professional guides to take visitors on the Salad Trail through his two-and-a-half-acre farm. Visitors must reserve a spot in advance. Groups are divided up by age and language (Spanish, French, Russian, English, Dutch, Portuguese and Hebrew). The tour gives a hands-on display of agricultural high-tech, a crash course in environmental techniques, a history and explanation of the fruits and veggies (for example, why some of the fruits grow upwards), an understanding of biopesticides and a chance to pick and sample the delectable-looking offerings. 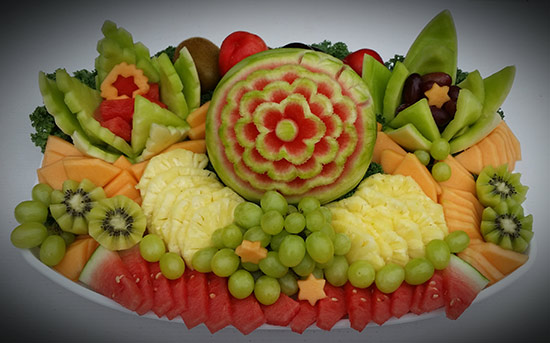 After the Learning Comes the Eating

Herbs on the farm also include medicinal varieties and visitors are encouraged to touch and smell them.

Alon offers an optional "Chef of the Trail" (think Master Chef) competition where visitors use the produce on hand to create gastronomic masterpieces. "It's amazing what people come up with," he says.

Word-of-mouth has made his farm a popular tourism spot without any advertising. Birthright participants have had the Salad Trail on their itinerary since 2009.From corporate events to family tours, bar mitzvahs to school groups, individuals to senior citizens tour groups, Alon says the farm fascinates everyone. 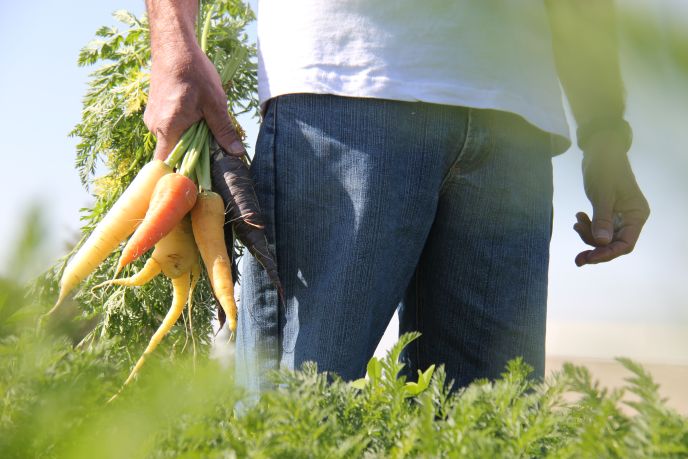 The Salad Trail is Much More than Pick-Your-Own Produce

He repeatedly highlights the fact that after completing his professional tour-guiding course and announcing that he was going to change his farm from a commercial one to an education facility, everyone advised against it. He was told that attractions had to be on the way to something whereas his farmland is "in the middle of nowhere." But he believed that building an agricultural museum for city folks would be a success. "I came here to fulfill Ben-Gurion's dream of making the desert bloom," he says, "and we turned the desert into a paradise."