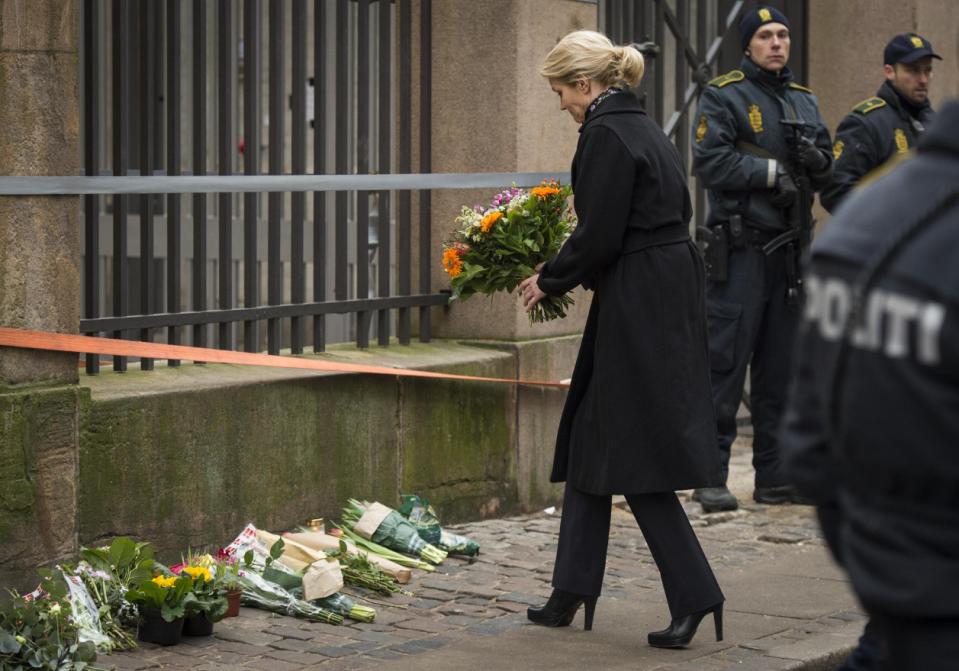 The shooting came just hours after a 55-year-old man died when the same gunman attacked a cultural centre where a debate on Islam and free speech was taking place.  "It feels less safe, especially in the Jewish community. I came in solidarity. Everyone is blasting the Jews, and there they were hit as they celebrated a bar mitzvah," a 65-year-old man who gave his name as Liebecke explained. As Copenhagen awoke to the news of both the second shooting and the killing by police of the gunman believed to be responsible, people reacted with mixed emotions. 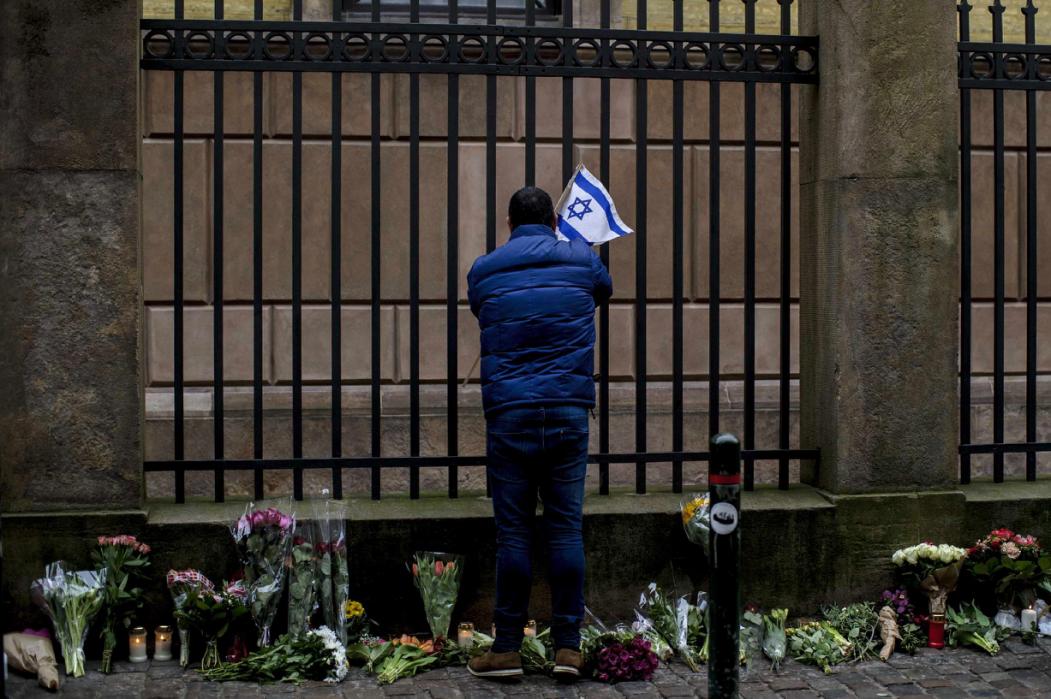 Denmark has prided itself for decades on being one of a tiny number of nations that was able to save the majority of their Jews during the Nazi Holocaust.  For some in the city, the events of the past 24 hours are a reminder that they are not immune to the scourge of violent extremism such as the January attacks in Paris that killed 17 people including four at a kosher supermarket.

"It's terrible. It's an attack on the free world," said 84-year-old Joergen Johanssen. "Fortunately, this morning there were a lot of police." 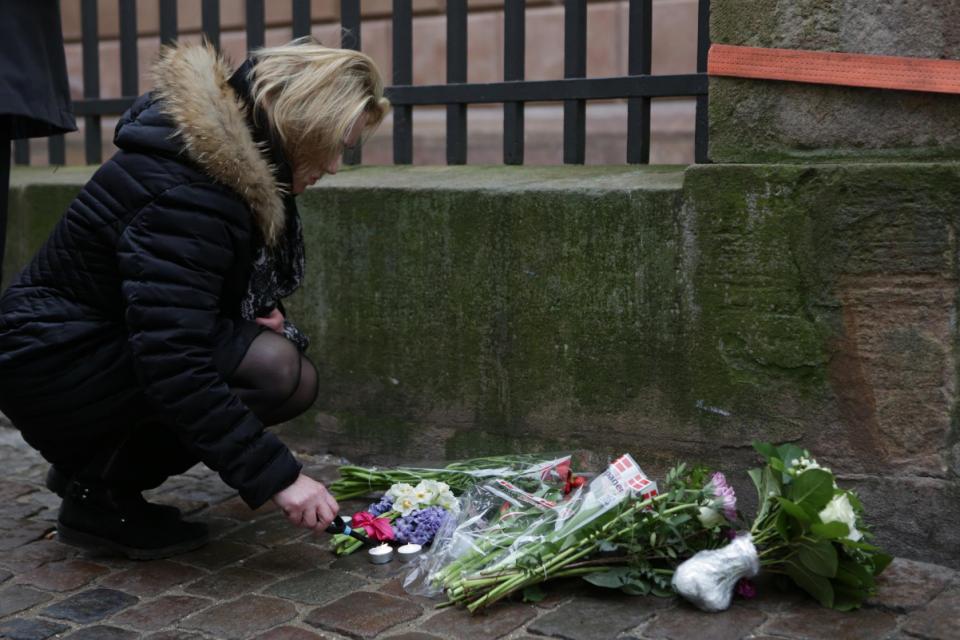 On a chilly February day, Kristian and Camilla, both 44, said they had made a point out of maintaining their habitual Sunday promenade with their young children. "We live here in the centre, and we do not intend to change our routines. But from what has happened it is now clear that there is an awareness that everyone can be affected," Kristian said. Tobias Hansi, a 19-year-old street vendor, called the situation "scary." But then he added, apparently reassured: "The police did a good job." 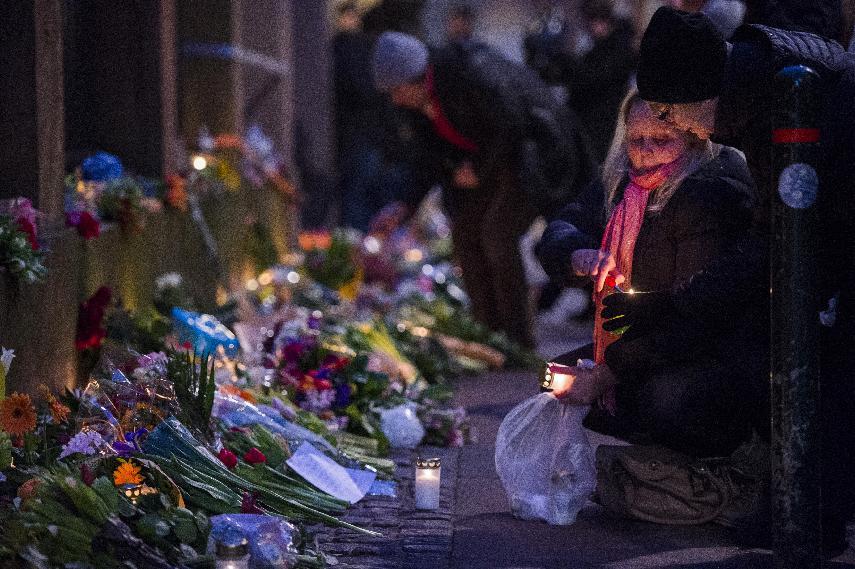 "We don't expect these types of events, but we know they can happen," added Jens, 27, a psychologist.  Nearly a decade ago, Danes saw the anger that could be caused by cartoons considered to have insulted the Prophet Mohammed.  Protesters as far apart as Palestine, Afghanistan and Nigeria torched the red-and-white national flag after the publication of 12 cartoons of the Prophet in the Danish daily Jyllands-Posten. The country has also had to grapple with the problem of radicalised Muslim youths travelling to Syria and Iraq to fight. In December, the Security and Intelligence Service published estimates that at least 110 jihadists had gone from Denmark. Sixteen of them lost their lives -- but others have returned.  Danish Prime Minister Helle Thorning-Schmidt also came to the synagogue to express her condolences to the mourner there, assuring them that the country has beefed up security.  Emma, a 20-year-old waitress in a cafe on the corner of the street housing the synagogue, said she had been fearful that attacks could eventually be seen on home turf.  "In a sense, we were prepared. We talked about it not so long ago, saying that with the proximity of the synagogue, it could happen there in the street," she said. "But of course, we did not really believe it." 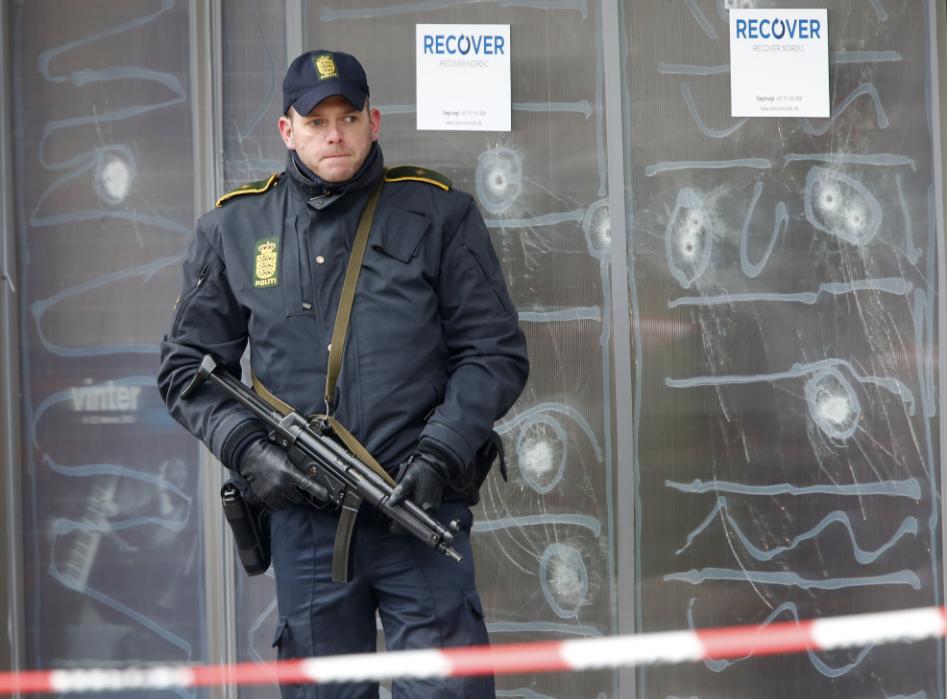 Two people were killed and five injured in twin shootings in the Danish capital, with one attack targeting a cultural centre hosting a debate on Islam and free speech. 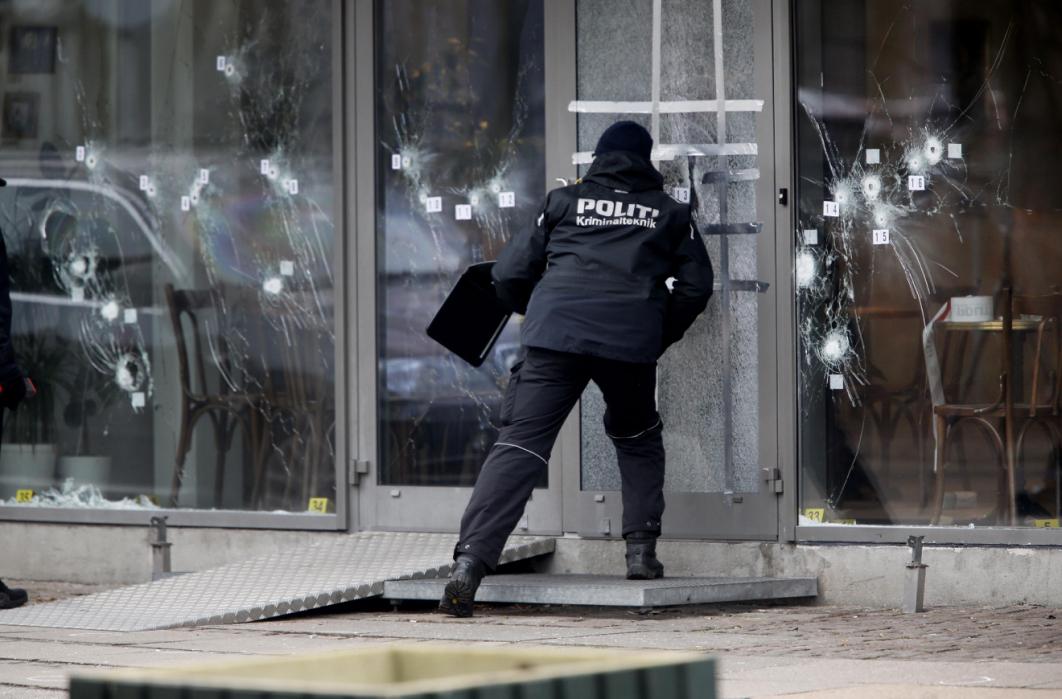 A gunman sprayed bullets at the Krudttonden cultural centre Saturday as it hosted a seminar in which Lars Vilks -- the Swedish artist whose controversial Prophet Mohammed cartoon sparked worldwide protests in 2007 -- was among the speakers. Hours later, a man was shot in the head and killed near Copenhagen's main synagogue in the city centre. Two policemen were also wounded in the shooting at around 1:00 am on Sunday morning, police said.  A 55-year-old man was killed in the first attack, and three police officers wounded.  Police said they did not have enough information to confirm whether the two shootings, which come just weeks after a series of bloody Islamist attacks in Paris that left 17 people dead, were linked. 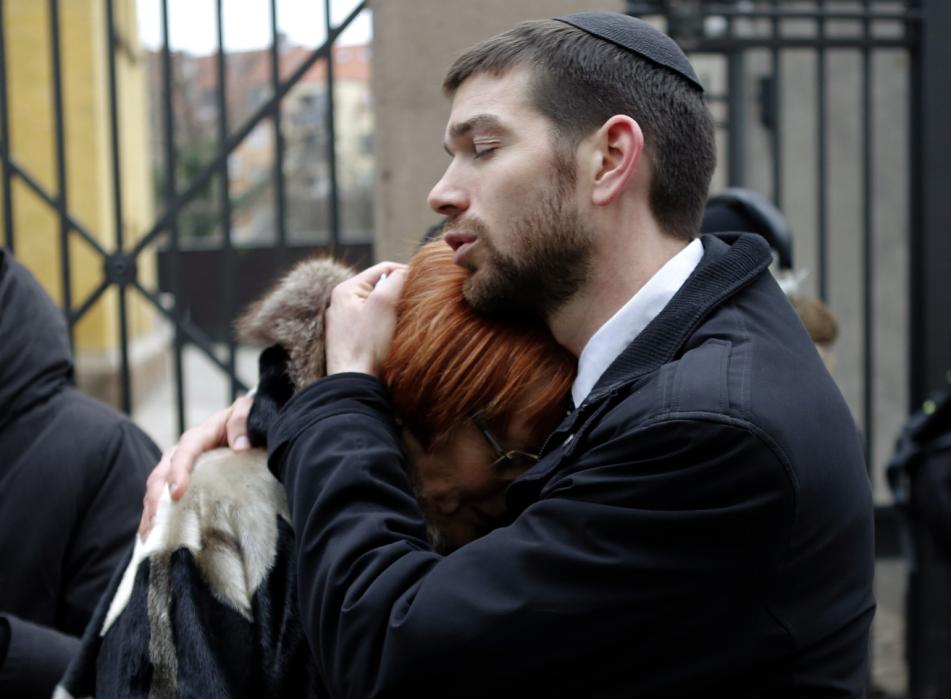 A huge manhunt operation was underway in Denmark overnight after the attacker fled following both shootings. Helicopters were heard whirring over the capital in the early hours. Police spokesman Allan Teddy Wadsworth-Hansen declined to say whether detectives were looking for the same gunman for both attacks. "We simply don't know that and it's too early to comment on at the moment," he told a press conference early Sunday. "There have been two incidents and we are searching for two perpetrators." He confirmed however that the person killed in the second incident was immediately outside the synagogue.

Danish police released a photo of the suspect in the cultural centre attack, describing him as 25-30 years old and around 185cm (six feet) tall, with an athletic build. He is seen wearing a dark anorak and a maroon hat and carrying a black bag.

Police said the gunman who fled the scene of the second shooting had been wearing black trousers, black shoes and a light grey jacket with "multi-coloured" parts. The central area that is home to both Copenhagen's main synagogue and Noerreport station, the country's busiest rail hub, had been cordoned off by police carrying machine guns. People living in the area were turned away. Wadsworth-Hansen said police appeared to have been the target of the second shooting, which was metres from the synagogue.  "It started with police being down at the site. A person comes up and starts to shoot," he told reporters. Swedish security services told after the first shooting that they were on alert for any attempt by the suspect to cross the bridge that links Denmark with Sweden.