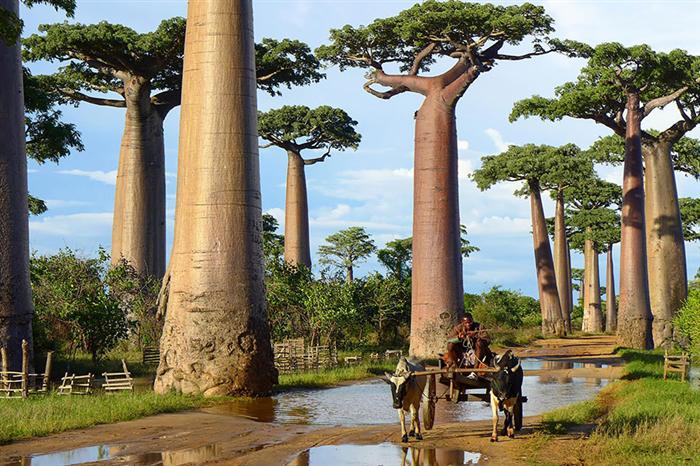 If you read "The Little Prince" you might remember these - The Baobab Trees. This Photo was taken in Madagascar and the reason for the baobab's unique trunk is that it's used to store water for the dry seasons. 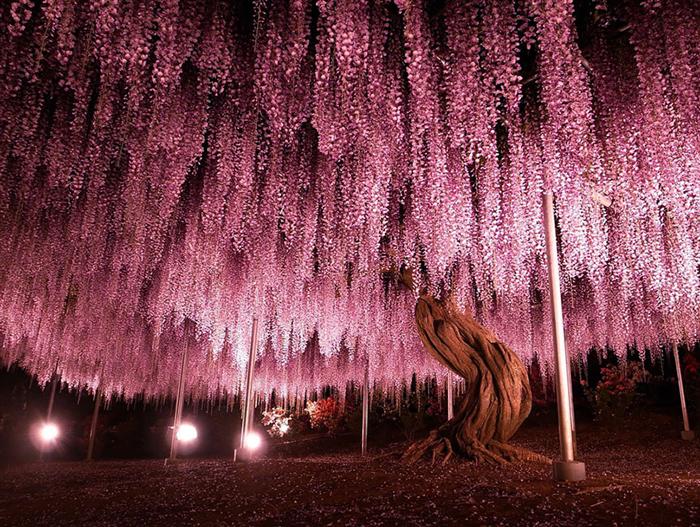 This 144 years old Wisteria Tree located in Japan, its size is about half an acre and it is the biggest of its kind. 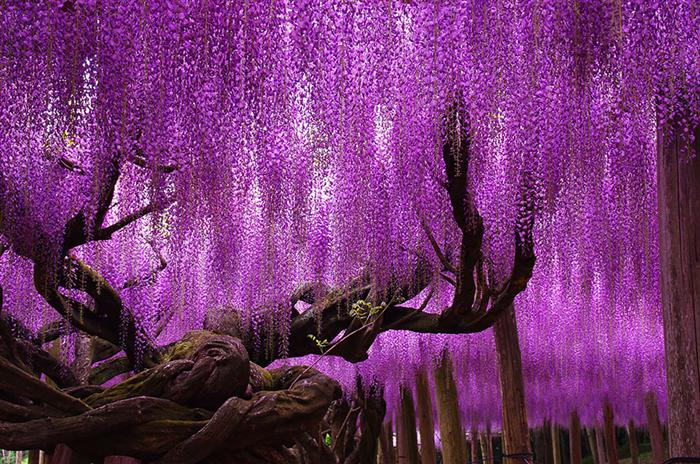 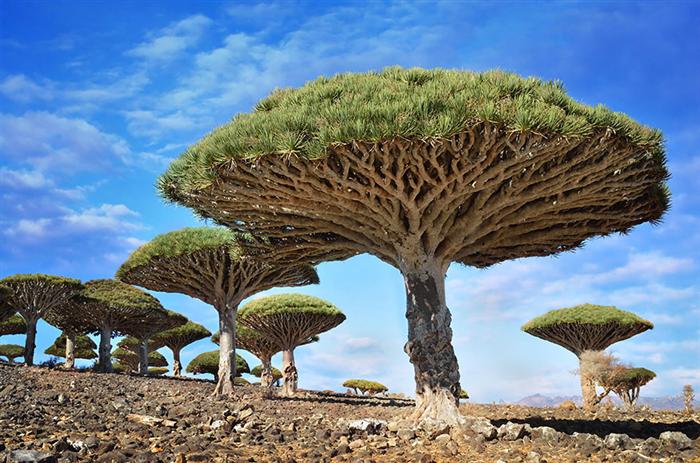 Fantastically named, the Dragonblood Tree grows in Yemen, and got its name from it's dark, red sap. The sap was highly praised in ancient times as both a dye as well as for its medicinal properties. 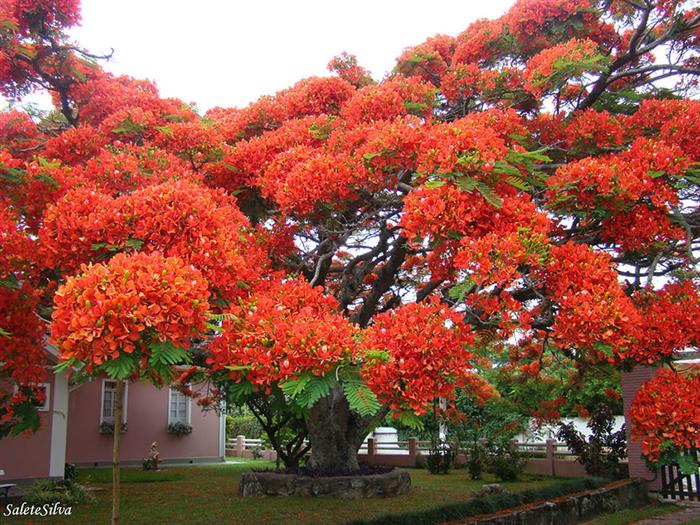 The Flamboyant Tree is native to Brazil but can be found in many tropical and sub-tropical locations around the world. 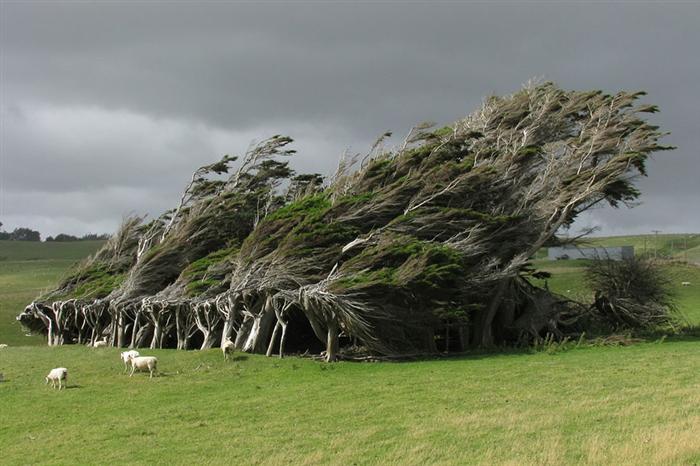 Found on the southern tip of New-Zealand, in a place called Slope Point, these are the Wind Swept Trees. Aptly named as they're constantly beaten by the arctic winds who also cause them to grow this way. 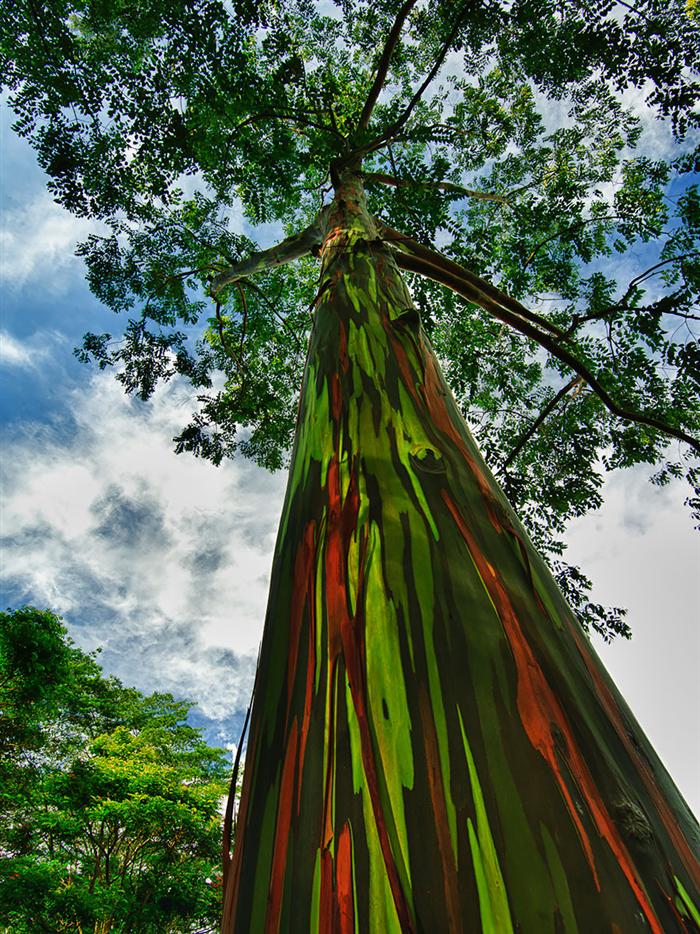 This photo taken in Hawaii explains why these trees include Rainbow in their name.  The colorful as well as fragrant Rainbow Eucalyptus grows in the South-Pacific area. The amazing color variations are natually formed when the tree sheds bits of it's bark as it grows. 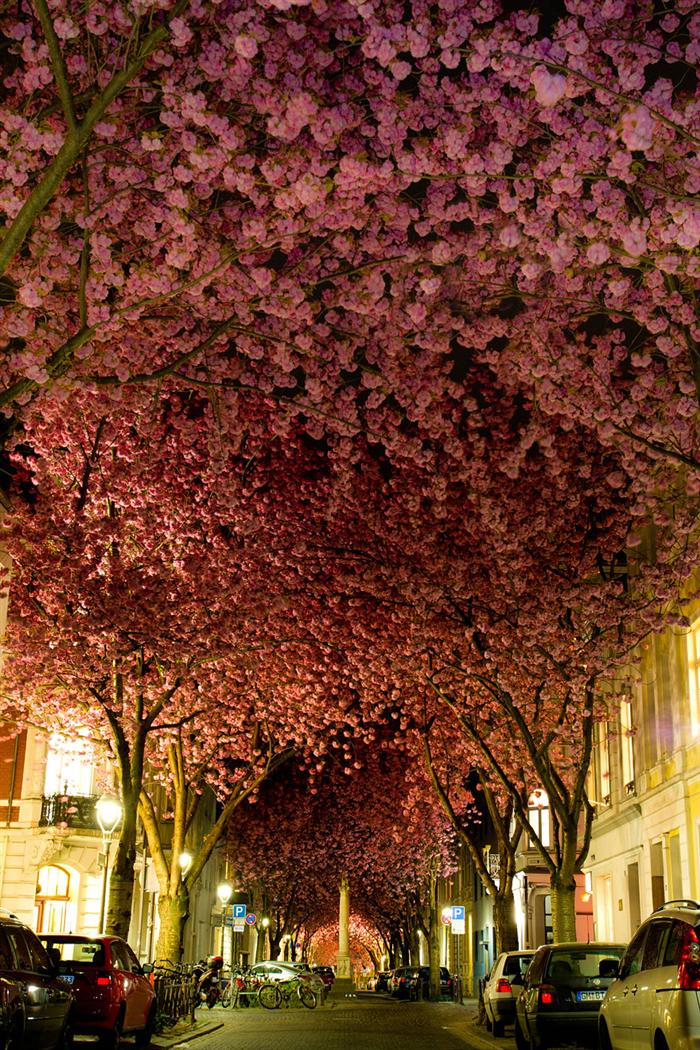 The 3rd largest Sequoia tree in the world, The President is located in the Sequoia National Park, California, U.S.A., it stands at 410 ft (73m) tall and has a ground circumference of 93 ft (28m). 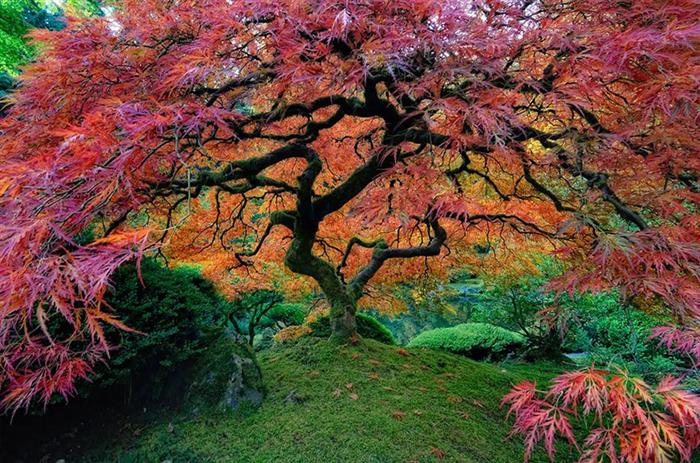 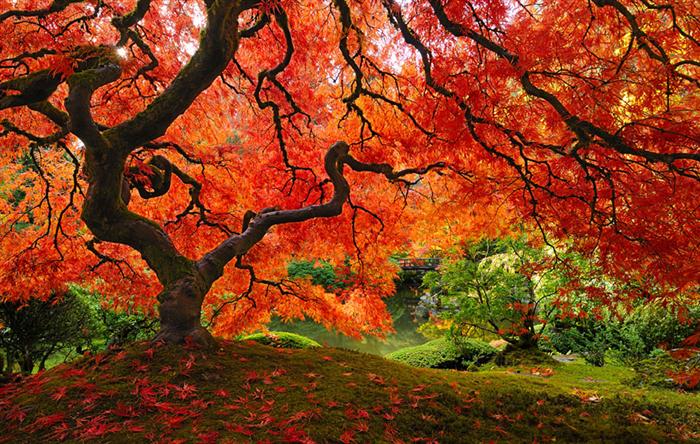 The beauty of this tree was captured in this photograph taken in Portland, Oregon, U.S.A., it's a Japanese Maple tree and it's simply magnificent! 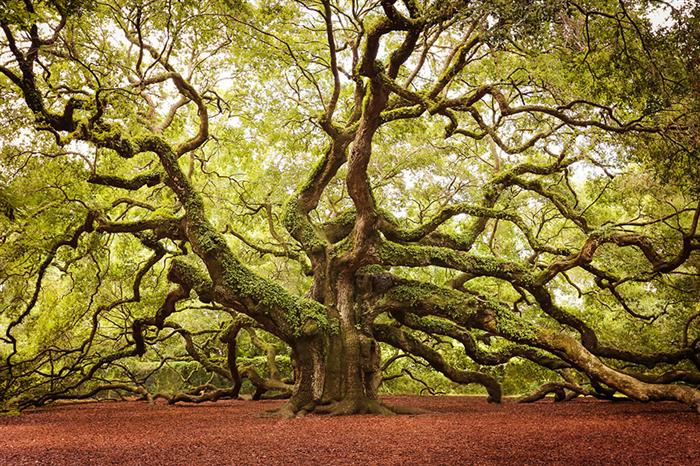 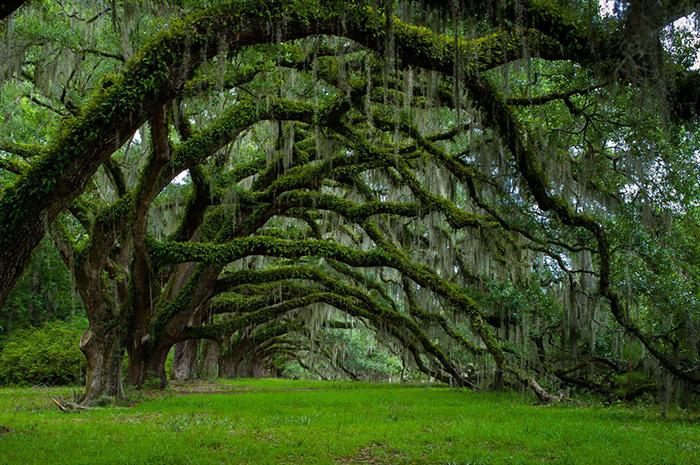 The Tunnel of Oak Trees

This tunnel of Oak Trees was capture in film at the Dixie Plantation in South Carolina, USA. 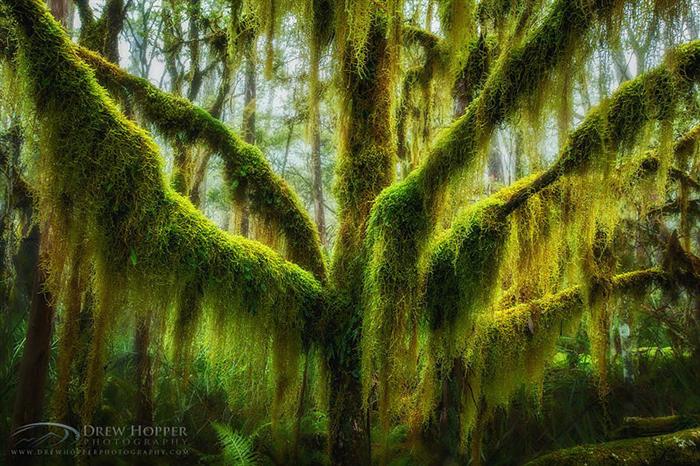 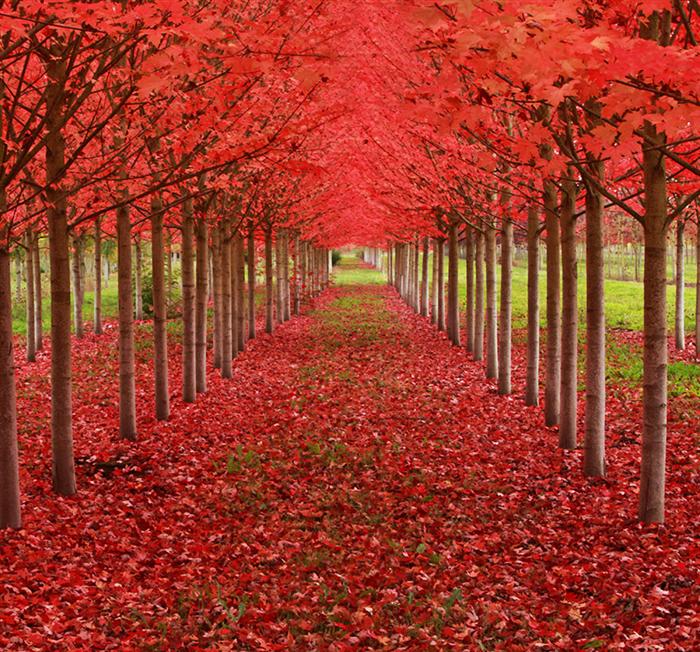 Also located in Oregon is this tunnel of Maple Trees.  Just take a walk into wonderland through this tunnel solely created by beautiful trees. 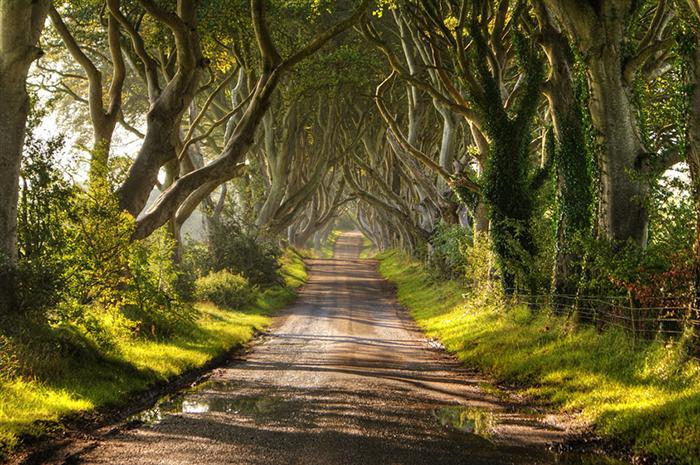 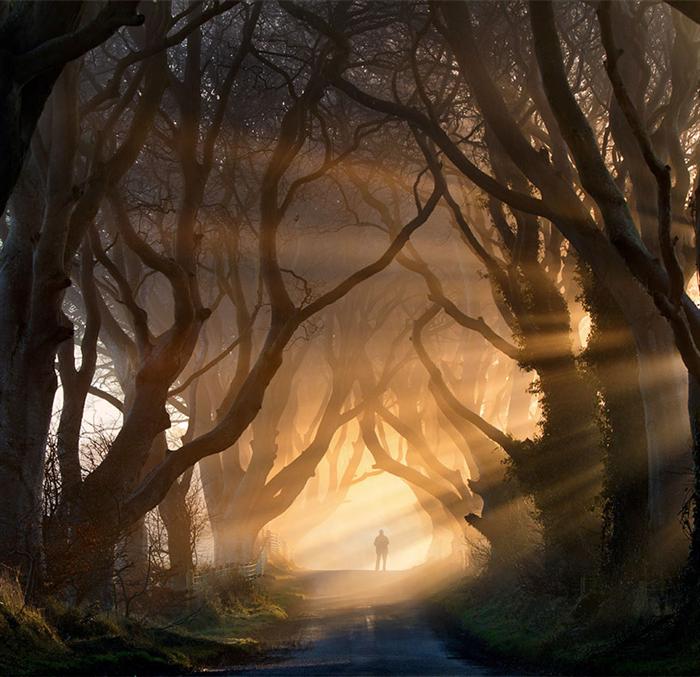 The Dark Hedges are one of the most photographed avenues of beech trees, located in Northern Ireland, it has been famous for over 200 years, featured in the popular television series "A Game of Thrones." 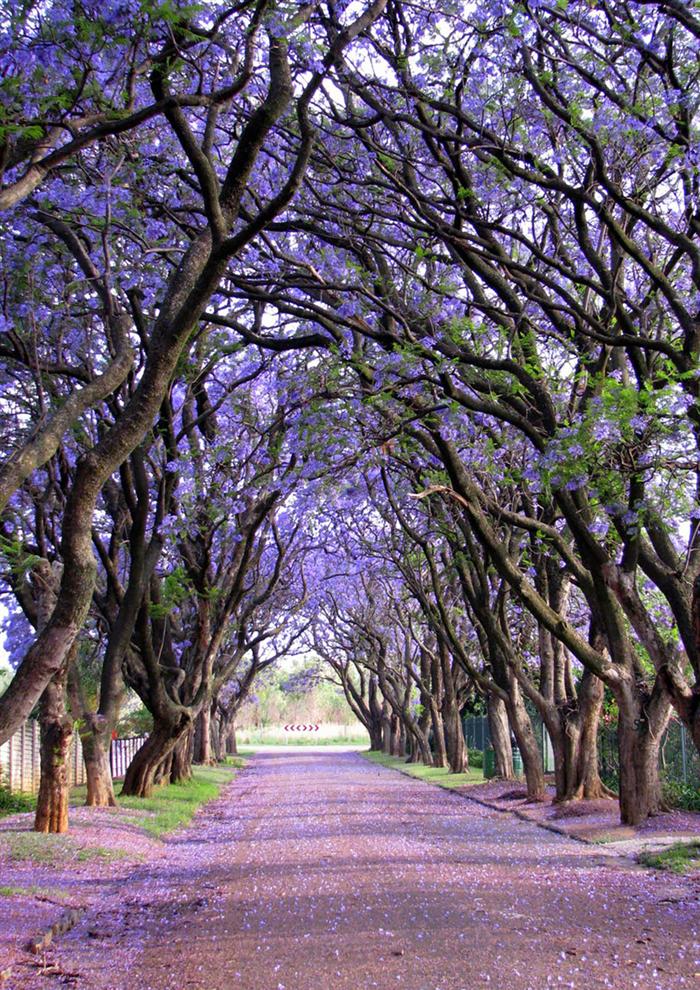 These beauties are Jacaranda Trees in the full glory of their violet bloom. They were captured in film in Cullinan, South Africa. 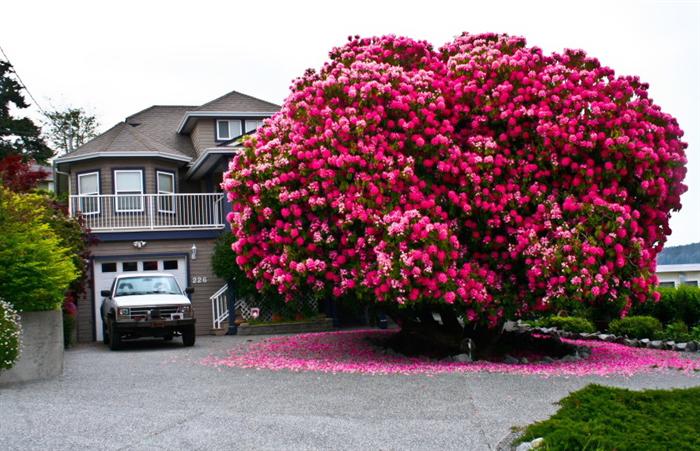 Last but not least, one of the more amazing-looking trees on this list, is this 125 years old Rhododendron. While technically a shrub and not a tree, it gets a free pass into the list for sheer beauty alone.