The Board of Directors of the World AIDS Museum and Educational Center is proud to announce that we, along with our many committed volunteers, are on schedule with the planned opening. We have taken the challenge presented by our difficulties with the HIV/AIDS epidemic and used it to create something that is inspiring and educational. We have accomplished a lot: raising funds, getting the word out, acquiring the space, creating exhibits, and completing a core education package. Opening Day will be May 15, 2014. Initially we will operate on Tuesday, Thursday and Saturday and will offer the following:

Mauricio Gerson, Board Member, director of Media and Emmy award-winning film professional is overseeing the creation of the AIDS Tapestry. If you are HIV positive or have been personally affected by knowing someone who has HIV, please take the timeto tell your story; it's a wonderful way to turn your experience into a helpful and supportive example for others.  Call Mauricio at 305-498-5341 to schedule a filmed interview. Your experience will touch the life of someone who may not have met you yet!   Following is a sample story from a local resident: 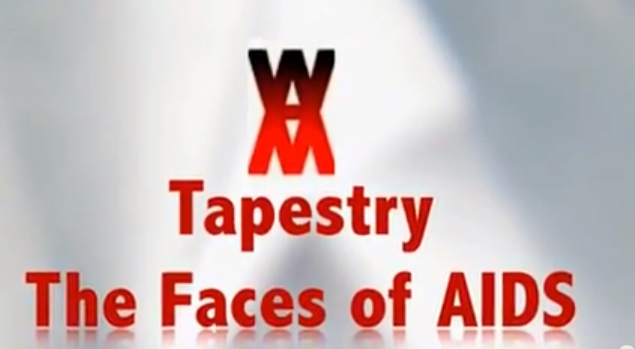 In the International Front:

Russia is home to the world's fastest-growing HIV epidemic. Driven by injection drug use, it is now becoming generalized. If you use injection drugs in Russia, you likely have HIV, hepatitis C, and more often than not, tuberculosis. Although the Russian constitution grants the right to free access to health services in government facilities, it does not provide effective care to those who have these multiple infections. And it bans opioid substitution therapy—the most effective opiate addiction treatment. 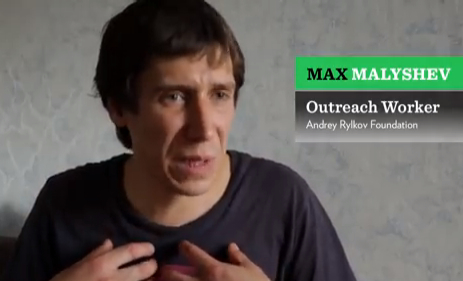 In many ways, the story of Max, is typical of the hundreds of thousands of Russians who use drugs. As an intravenous drug user, he contracted HIV and hepatitis C.   But when Max was denied testing and treatment for his hepatitis C, he did something no Russian who uses drugs had done before—Max turned to the justice system. Faced with the daunting task of taking on his region's health system in court, Max used the Internet for help. He contacted the Canadian HIV/AIDS Legal Network. Through online sessions with a lawyer who was more than 3,000 miles away, Max crafted his legal arguments and strategy. Representing himself, Max sued the regional hospital in Tver that denied him testing, and won his case on appeal. The court ordered testing and treatment for him.  Max's victory inspired him to help others confront the injustices they experience in health services. He co-founded a project at the Andrey Rylkov Foundation in which street outreach workers provide legal consultations for people who use drugs alongside offerings of clean needles and food. In his outreach work, Max relies on the Russian language website Hand-Help.ru—a unique online resource that offers advice about ever-changing Russian drug laws to drug users, their friends, and their families. The site wants to correct a widespread lack of understanding of drug laws common not only among people who use drugs and the general population, but also law enforcement officials, prosecutors, and judges.  In a vast country like Russia, where accessing a lawyer is not always practical or possible, Hand-help is only a click away, offering accurate and up-to-date advice and information. Armed with an innovative resource like Hand-help, and a conviction that Russians who use drugs should be treated as people worthy of respect, Max wants others to recognize their power. "The most important thing," Max says, "is strength in your own life—to fight for help, to stand up for something."

Thanks to our Hard Working Board of Directors