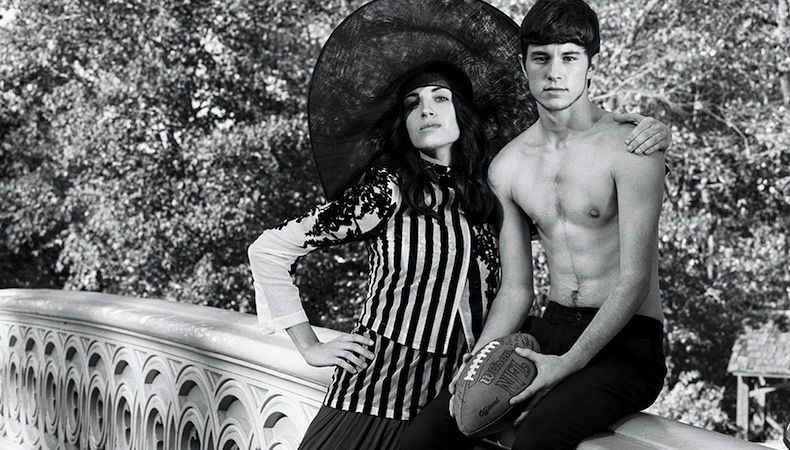 First up, meet Katie Hill and Arin Andrews. Katie was the first transgender student to graduate from her Oklahoma high school in 2012, and the former couple—they remain close friends—first got together when they met at a transgender support group. Their courage, admirable sense of self, and determination to help others who have shared their experiences have made them incredible role models—not only for the many young people in the trans community, but for us all.  Barneys New York has partnered with two leading voices in the trans community, the National Center for Transgender Equality (NCTE) and the LGBT Community Center (The Center) on the campaign. By bringing the personal stories of these 17 individuals to a national stage, Barneys New York hopes to help break stereotypes and build social acceptance of transgender people—long-standing goals of both The Center and NCTE.  To help further support The Center and NCTE, Barneys New York is pleased to donate 10% of all sales from its 11 flagship stores nationwide and Barneys.com on February 11th to the LGBT Community Center in New York City and the National Center for Transgender Equality. Total proceeds will be divided evenly between the two charities. 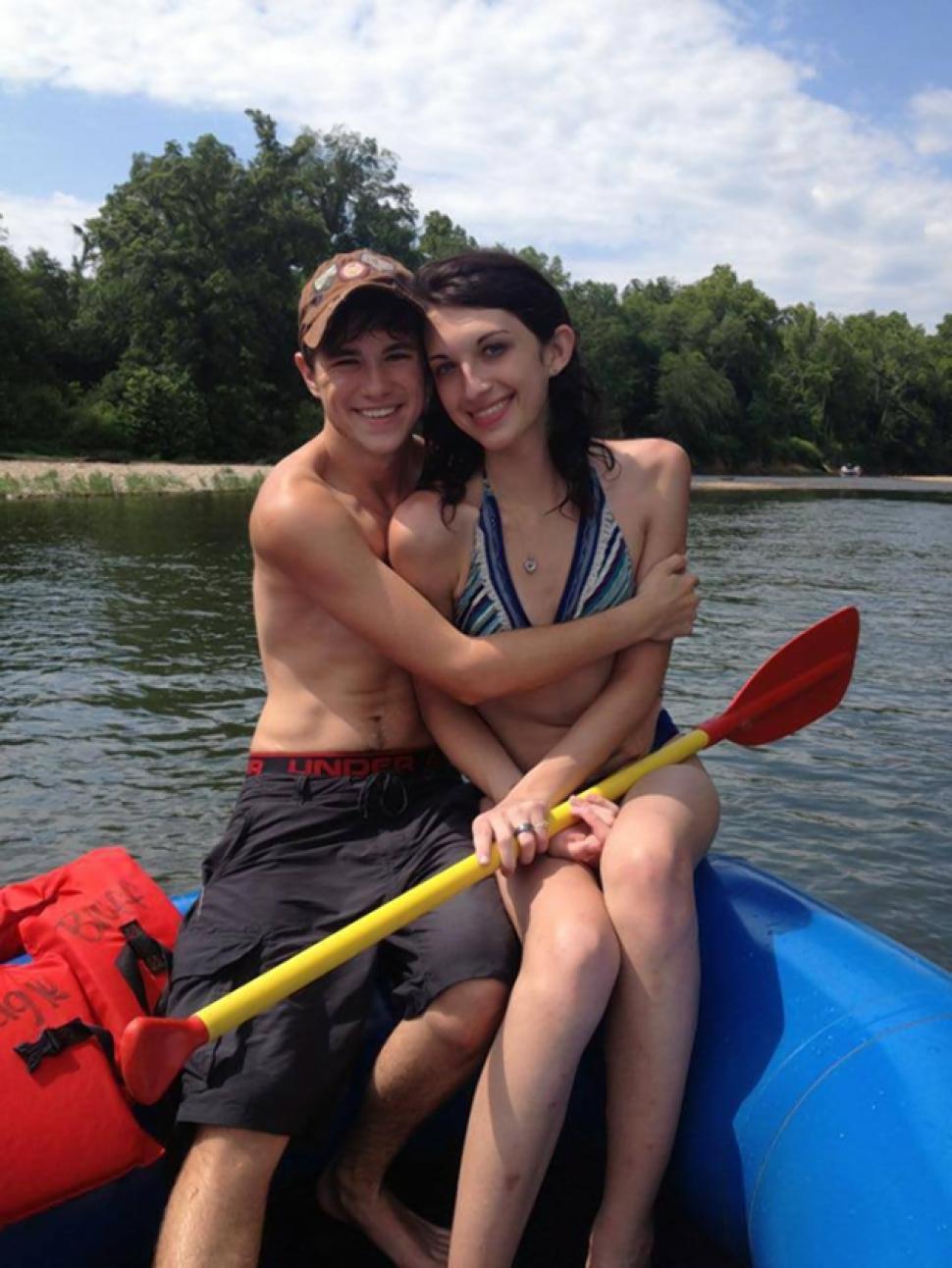 KATIE: I was born a boy in Tulsa, Oklahoma. That's Bible Belt country. I was the oldest son of a Marine lieutenant. I always knew deep down I was a female trapped in a male body. I hated my body. I never felt right in it. I changed my name to Katie and legally became a female when I was 16. I began my transitioning in high school. It was rough. I was bullied and spat upon. I didn't last more than a day and for the next months I was homeschooled. I also began informing myself on the subjects of sexuality and gender. I started to think, why am I cursed to be like this—living day to day and hating myself? However, I realized this wasn't a curse. This was a blessing. It turned me from someone who was scared and someone who was lonely into someone who is strong, independent, and beautiful. It taught me to treat people right and to not be afraid. The following year I returned to high school because I decided I didn't want to be treated like a victim or a freak. I began to explain to my classmates what I was doing—why I needed to transform myself. I even talked about taking female hormones to develop my breasts. Everybody had been pretty ignorant about the subject of transgender, but they listened and after a while some of the kids who'd been bullying me and making fun of me became my friends. Eventually some of them revealed themselves about being trans people. I was the first trans person to graduate from Bixby High School in Tulsa. I started to get publicity. Stories were written about me. I was asked to appear on television. I always talked about my dream to be a complete woman. My dream came true when I was 18 and an anonymous donor paid for my reassignment surgery. Then, two weeks out of surgery in a transgender support group in Tulsa, I noticed Arin who was just starting to transition. He was about to go through testosterone shots to give him a more masculine shape to his body. 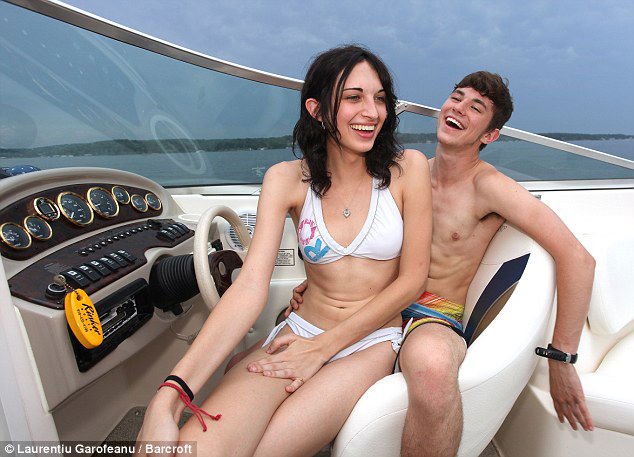 ARIN: I'd heard about Katie—I had seen her on TV. She was like a celebrity to me; she was beautiful. We met again at a dance. I'd gone there after getting dumped at a prom. Katie was just out of a relationship. I asked her to dance and then we went out on a date the next night. It's a lot more common than people think for transgender people to get together. Our parents are glad we've been there for each other. I was actually on my way to a dance recital, in the car, and I said, "Hey mom, do you know what transgender means?" I had been doing research for about a year, to really know what I was getting myself into. I said, "I think that's what I am. I think I'm transgender." No one knew what I was going through. I had an unwanted superpower of being invisible. I was bullied, and they finally asked me to leave school. You have this new love for life. You want to make something of yourself because you struggled hard to survive. The experiences I went through made me into the guy I am today. I think that's the best thing about this: I am the man I want to be. 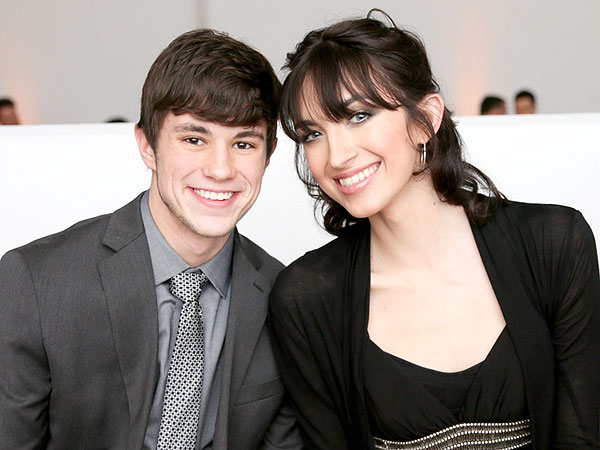 Oklahoma teens Katie Hill and Arin Andrews made headlines last July when the story of their unique romance, which was featured in a 20/20 segment, went viral. Hill, 19, was in the process of transitioning from male to female when she met Andrews, 18, who was undergoing his own transformation from female to male. While supporting each other through these major life changes, the two teens fell in love. Now the former couple – they broke up earlier this year – announce they're sharing their stories in two separate memoirs. 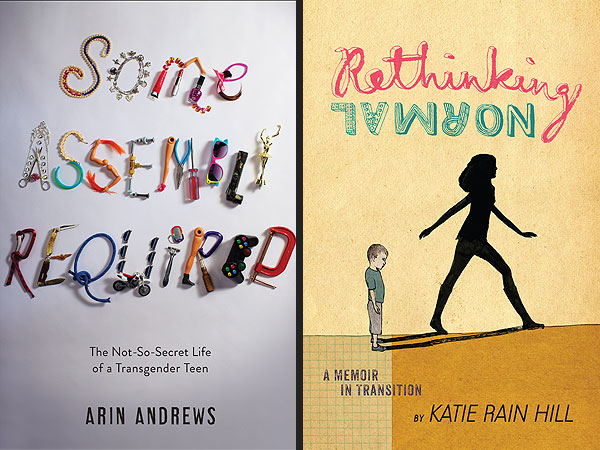 "It's a story of acceptance, love, triumph and standing up when you've been knocked down," Andrews writes in a press release for his upcoming book Some Assembly Required: The Not-So-Secret Life of a Transgender Teen. Andrews, who once struggled with bullying and low self-esteem to the point of considering suicide, writes that his book "gives me the opportunity to open the hearts and minds of those that just don't understand and inspire those that do."  Both Andrews's and Hill's books will discuss the ups and downs of their romance, including the painful breakup. "There were many factors that caused Arin and me to break up – but arguably many of them were caused by the attention we were getting." said Hill. "There was a lot of pressure on us to be together and to be happy." Adds Andrews: "The breakup was more about needing to discover who we were becoming." When it comes to their books, "The original idea was for Arin and Katie to write a shared memoir," their editor, Christian Trimmer, writes in press materials. "It quickly became clear that the world needed to hear their individual stories." Despite the split, Hill expressed: "We still understand each other better than anyone else ever will." As for Hill's memoir, Rethinking Normal: A Memoir in Transition, she hopes it can be a tool for everyone. "I don't want this book to just appeal to transgender people or their allies," she writes. "I want people to understand that there really is no such thing as normal."