This amazing natural formation of mountains are part of the Zhangye Danxia Landform Geological Park in China. Layers of different colored sandstone and minerals were pressed together over 24 million years and then buckled up by tectonic plates, creating a rich "layer cake" action and creating spectacular rainbow mountains. 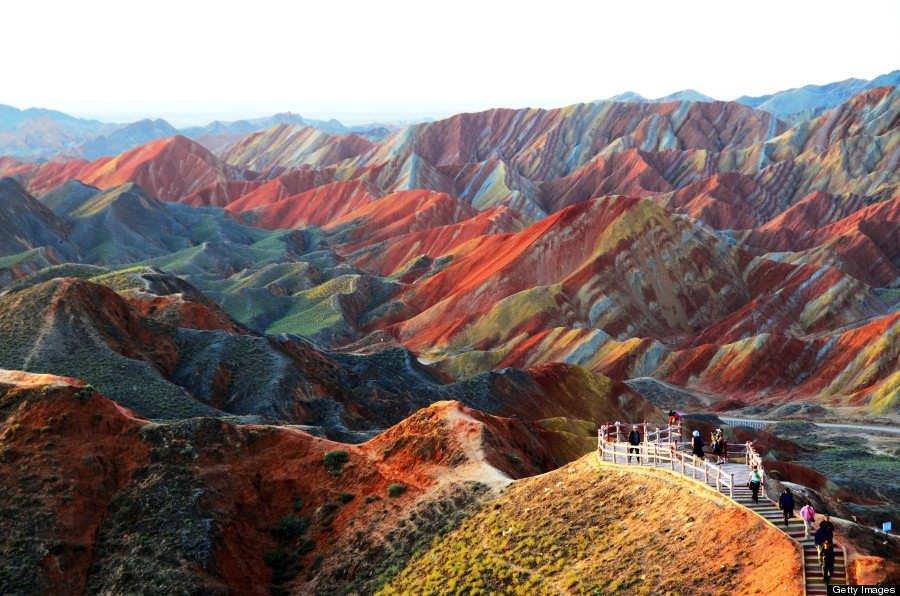 The Zhangye National Geopark is located in Sunan and Linze counties within the prefecture-level city of Zhangye, in Gansu, China. It covers an area of 322 square kilometres (124 sq mi). The site became a quasi-national geopark on April 23, 2012. 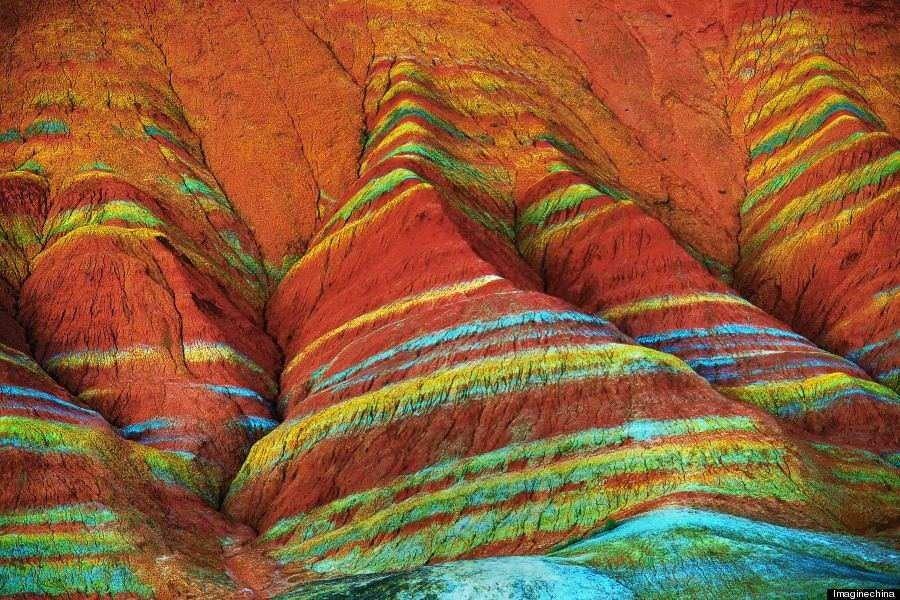 It was formally designated as "Zhangye National Geopark" by the Ministry of Land and Resources on June 16, 2016 after it has passed the on-site acceptance test. Known for its colorful rock formations, it has been voted by Chinese media outlets as one of the most beautiful landforms in China. 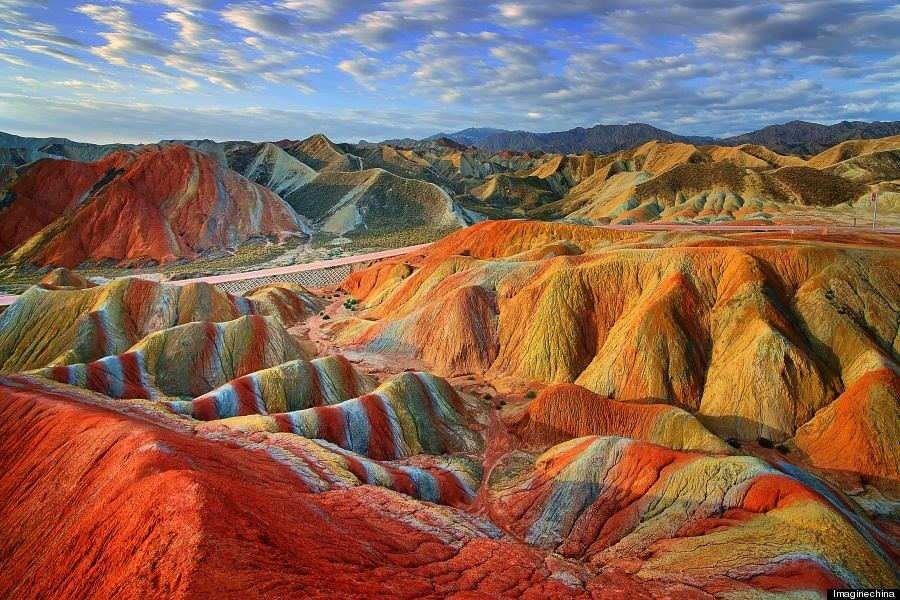 Zhangye Danxia is known for the unusual colours of the rocks, which are smooth, sharp and several hundred meters tall. They are the result of deposits of sandstone and other minerals that occurred over 24 million years. 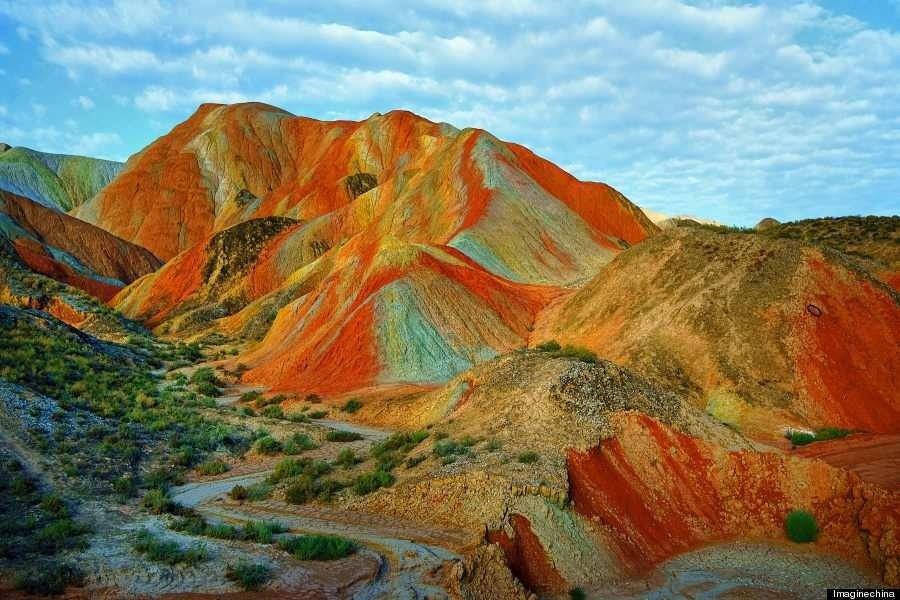 The result (similar to a layer cake), was tilted by the action of the same tectonic plates responsible for creating parts of the Himalayan mountains. Wind, rain, and time then sculpted extraordinary shapes, including towers, pillars, and ravines, with varying colours, patterns, and sizes. 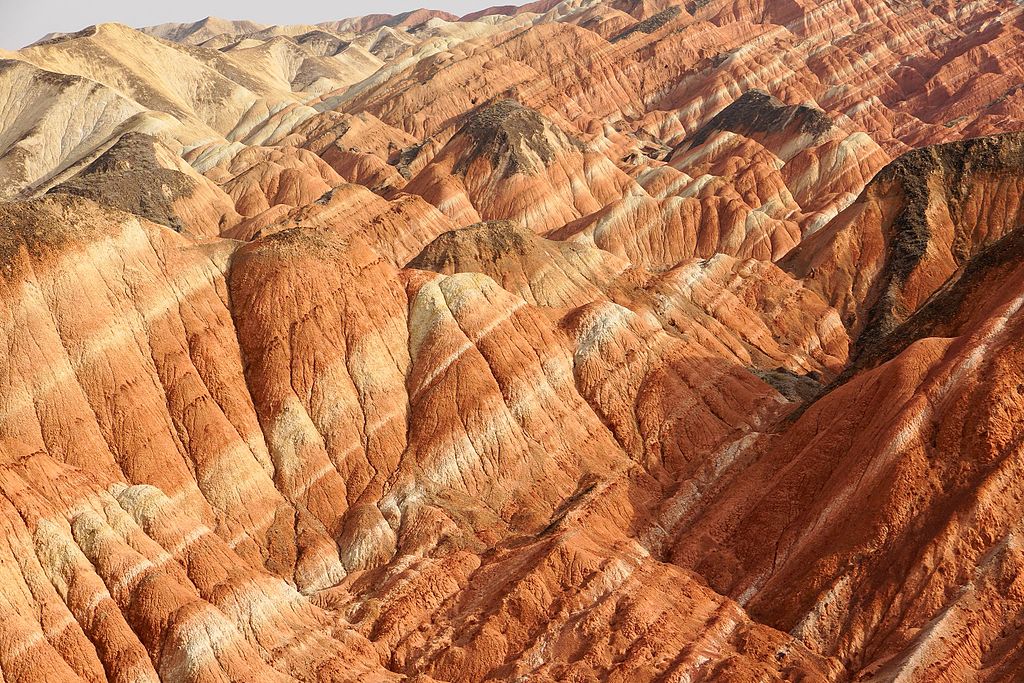 n 2005, Zhangye Danxia was voted by a panel of reporters from 34 major media outlets as one of the most beautiful Danxia landform areas in China. In 2009, Chinese National Geography magazine chose Zhangye Danxia as one of the "six most beautiful landforms" in China. The area has become a top tourist attraction for Zhangye. A series of boardwalks and access roads have been built to help visitors to explore the rock formations. In 2014, 100 million yuan was invested to improve the facilities in the Binggou area. 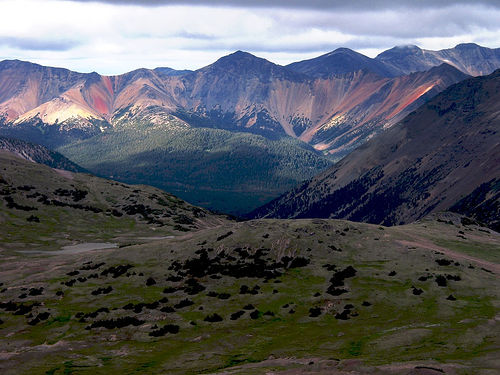 There's a similar formation in British Columbia called the Rainbow Range formed from a mixture of volcanic rock and various minerals.  The Rainbow Mountains in China's forrmations were shaped into flowing valleys after thousands of years of rain and wind.  The region has been listed as a UNESCO World Heritage site since 2010.