Photographer Creates an Underwater Exhibit 145 Feet Under the Sea

The collection of photographs capture people going about their daily lives, whether ballerinas en barre, young lovers at the cinema, a patient being wheeled along by a nurse, or young children playing. The fascinating scenes are on display in an exhibition called 'The Vandenberg: Life Below the Surface' but you won't find them in an orthodox gallery. Naturally, the images are gracing the walls aboard the sunken vessel, seven miles off the coast of Florida. Divers can access them by boat from Key West. Under the sea, the art is encased between sheets of Plexiglas with a stainless steel frame and a silicone seal keeps the water out. Strong magnets ensure the images stay attached to the walls and do not damage the piece of American Naval history. 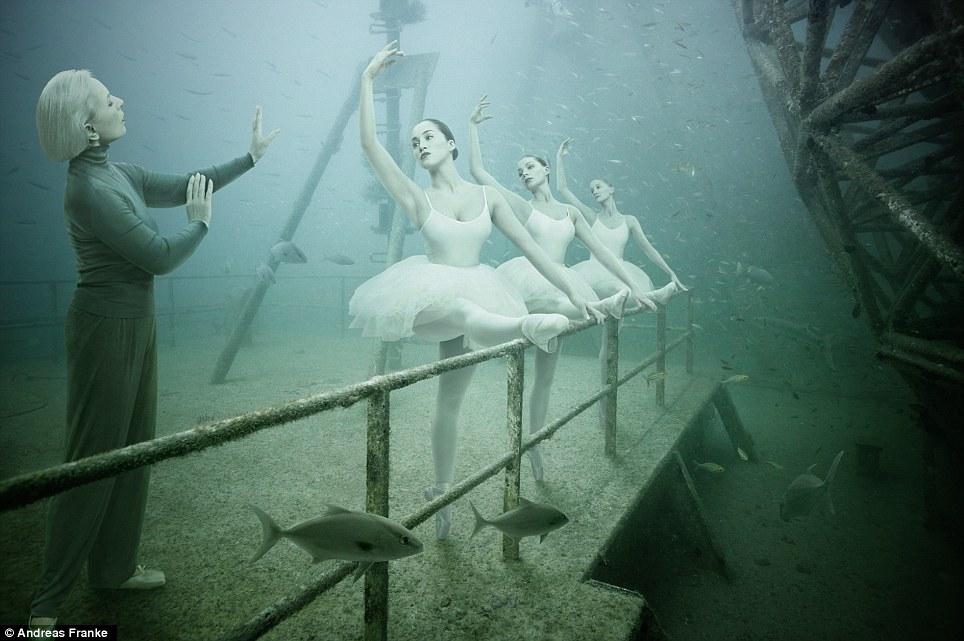 The ballerinas rest their points on one of the wreck's many railings while instead of catching butterflies, a young girl catches fish with her net.  But the ordinary scenes become extraordinary when they are superimposed over different parts of the eery sunken ship, with its barnacled interiors and expansive decks swarming with fish. 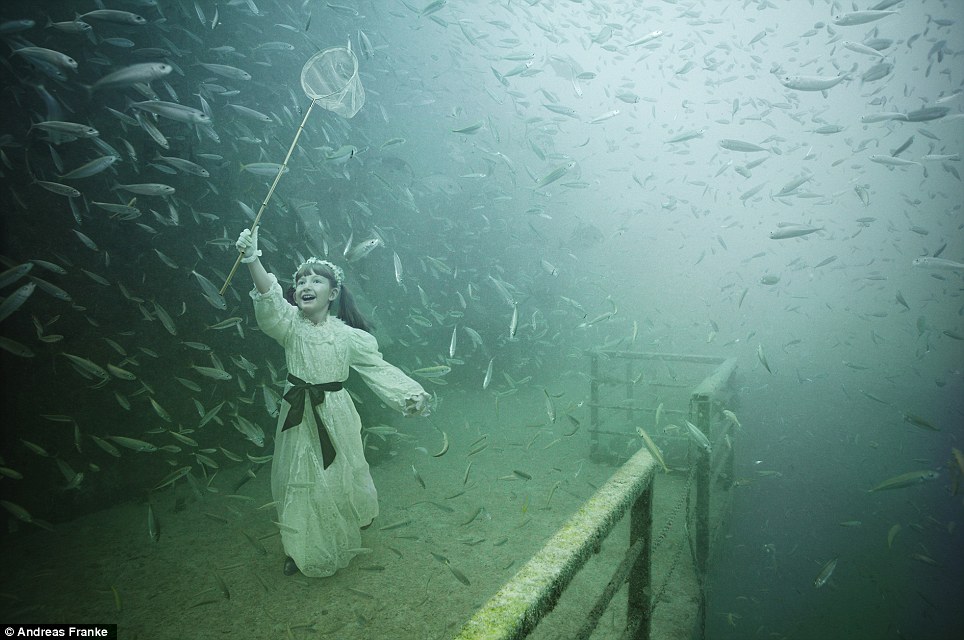 Little Girl: A Young Child Catches Fish Instead of Butterflies 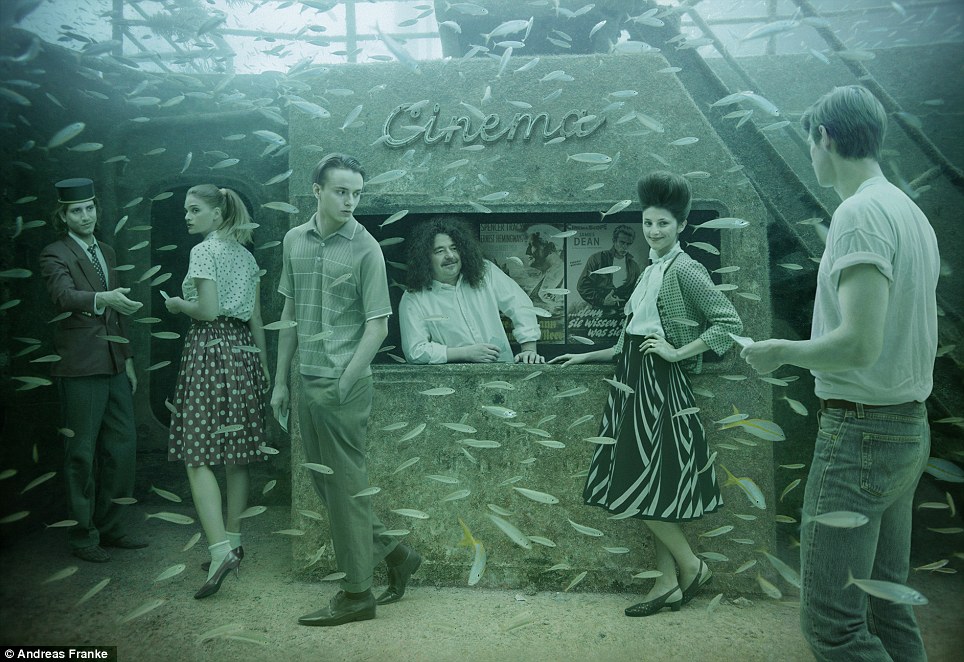 Cinema: Young Lovers Catch a Movie with the Fish 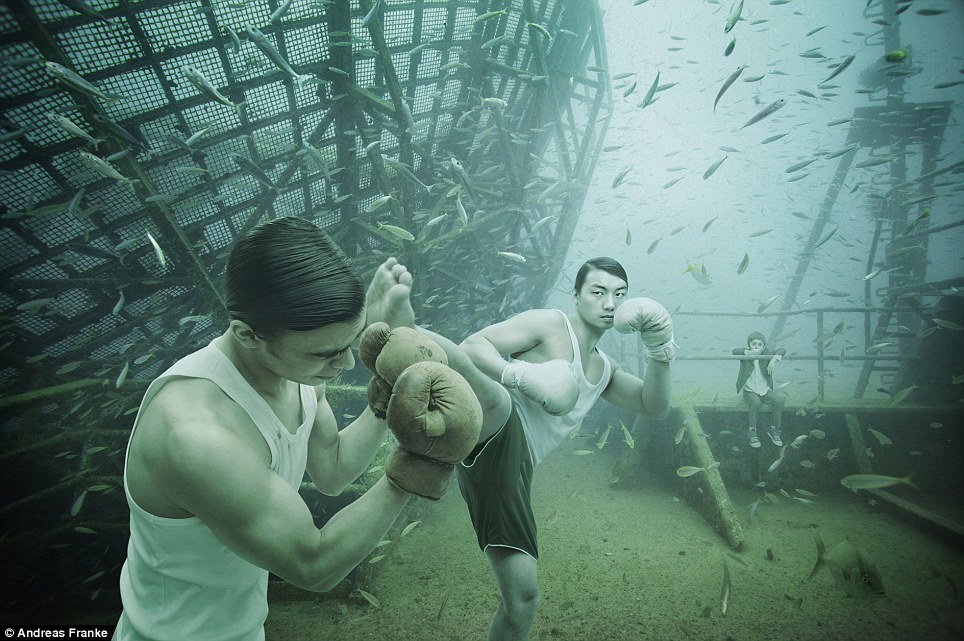 Boxing: A Young Boy Looks on as Boxers Fight Underwater 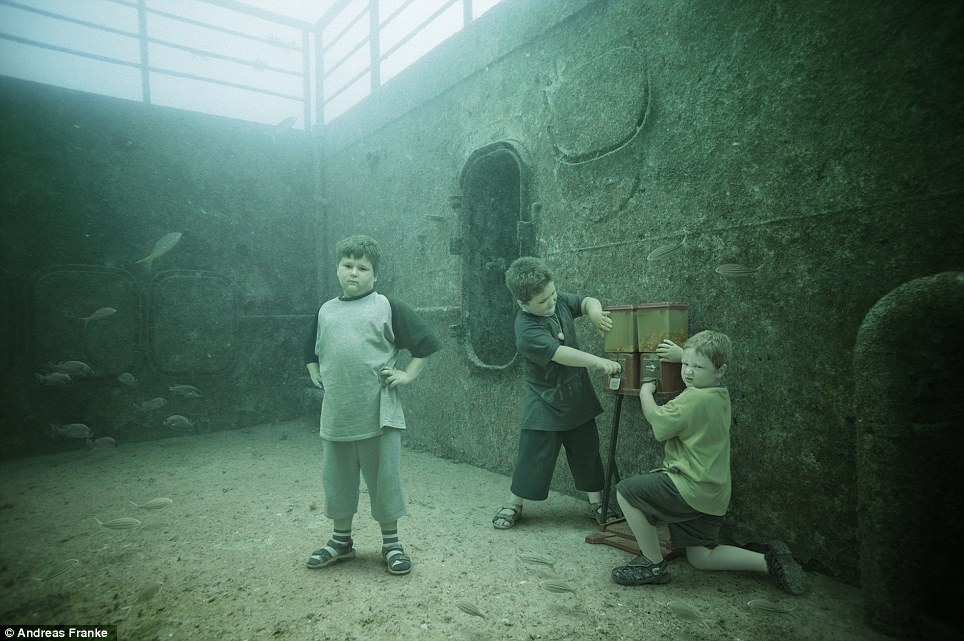 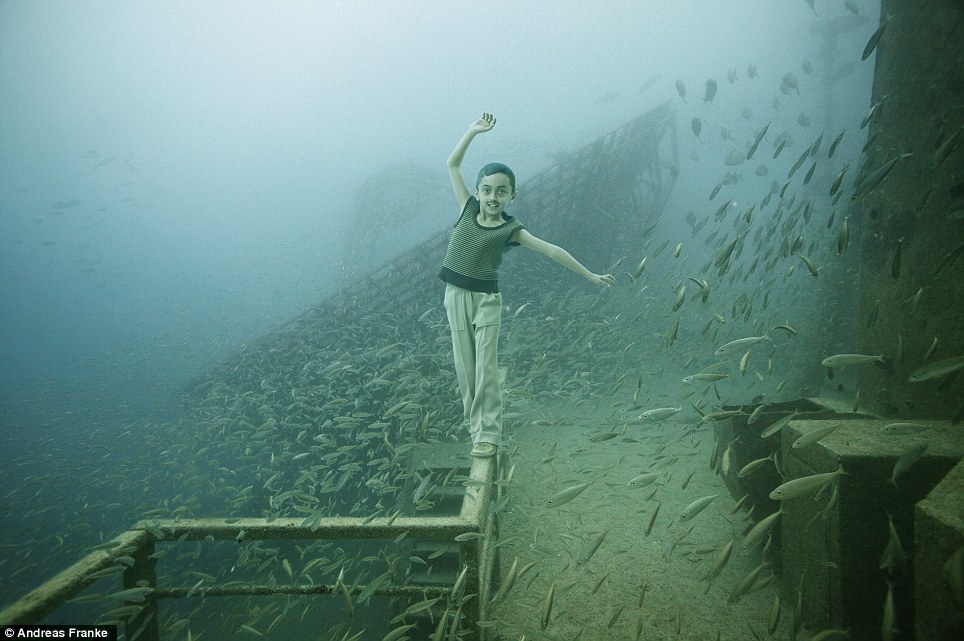 Balance Beam: A child From Another Time

Plays on the Railings of the Wreck

Photographer Andreas Franke says the images show mystified scenes of the past that play in a fictional space. They are dreamworlds where you can get lost or that you can identify with. This makes a new and unexpected atmosphere. So don your diving gear and witness the residents of this curious underwater world in their native habitat, 145 feet under the sea. 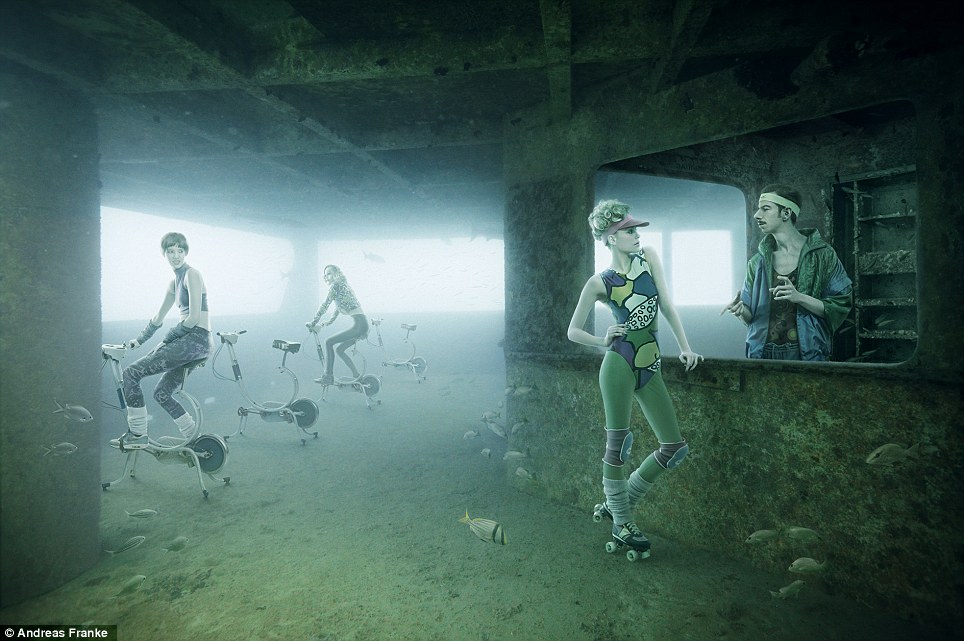 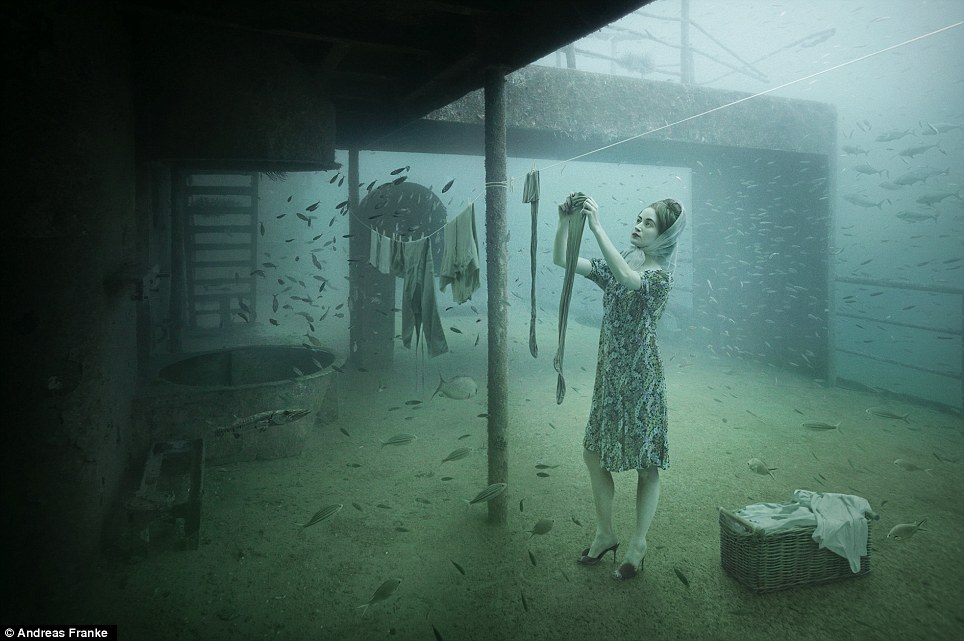 Hanging out the Washing: A Woman in 1940s Dress

Goes About her Daily Chores 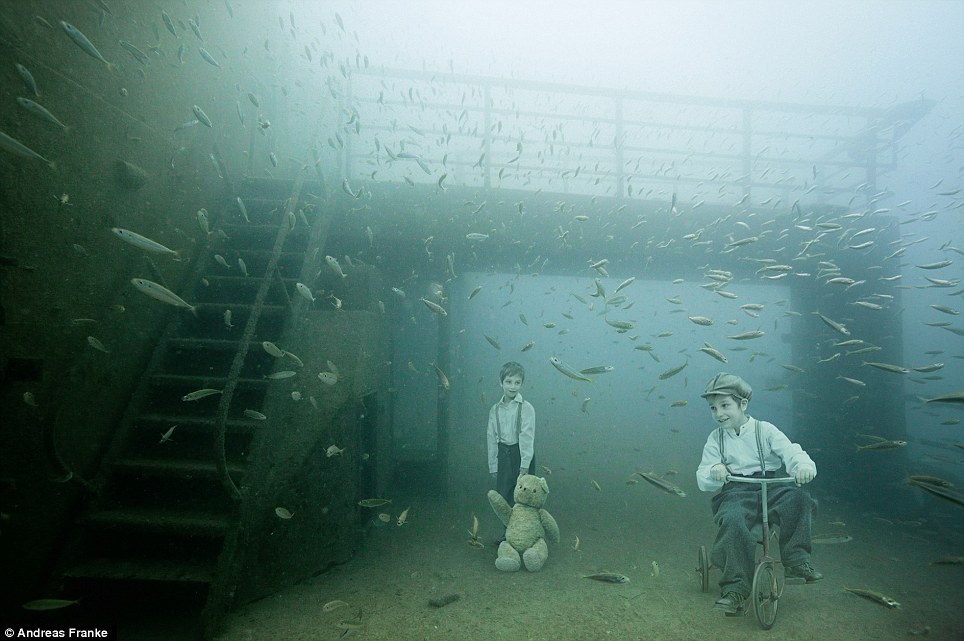 in the Ship's Interior 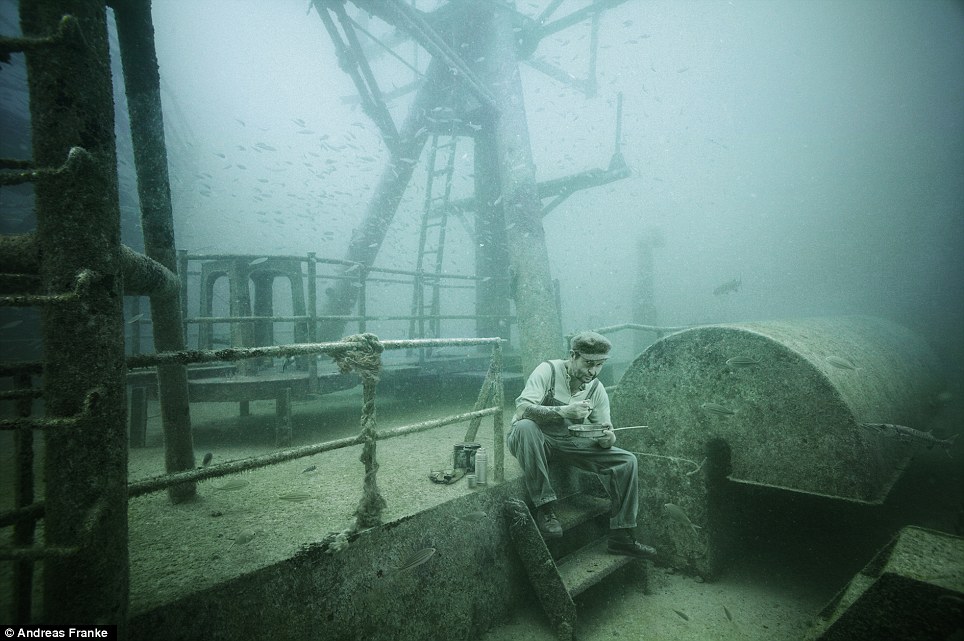 on the Sunken Ship's Steps 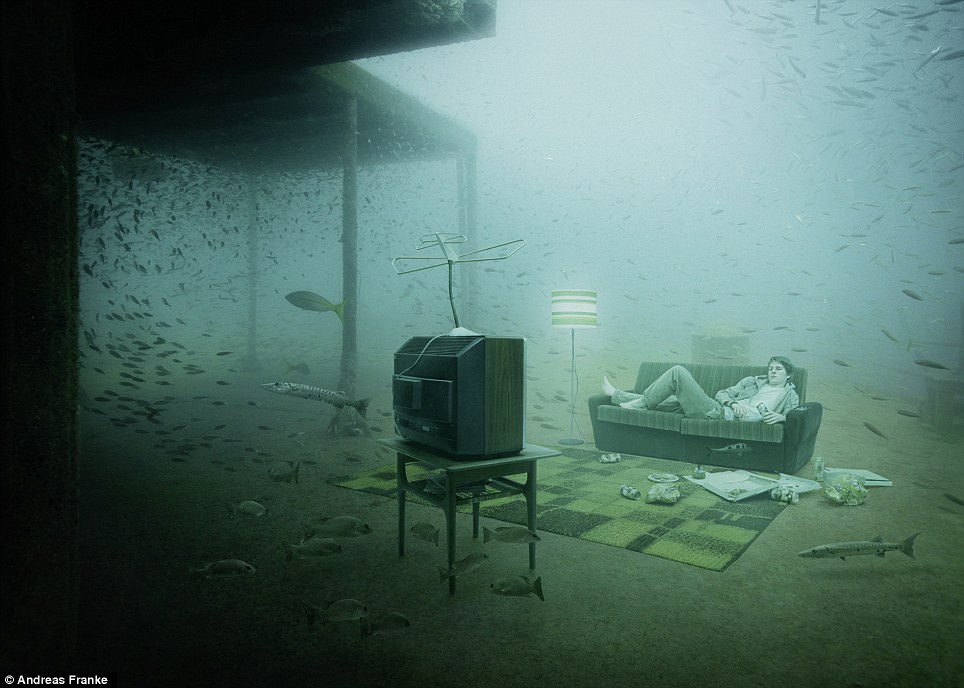 as Fish Swim By 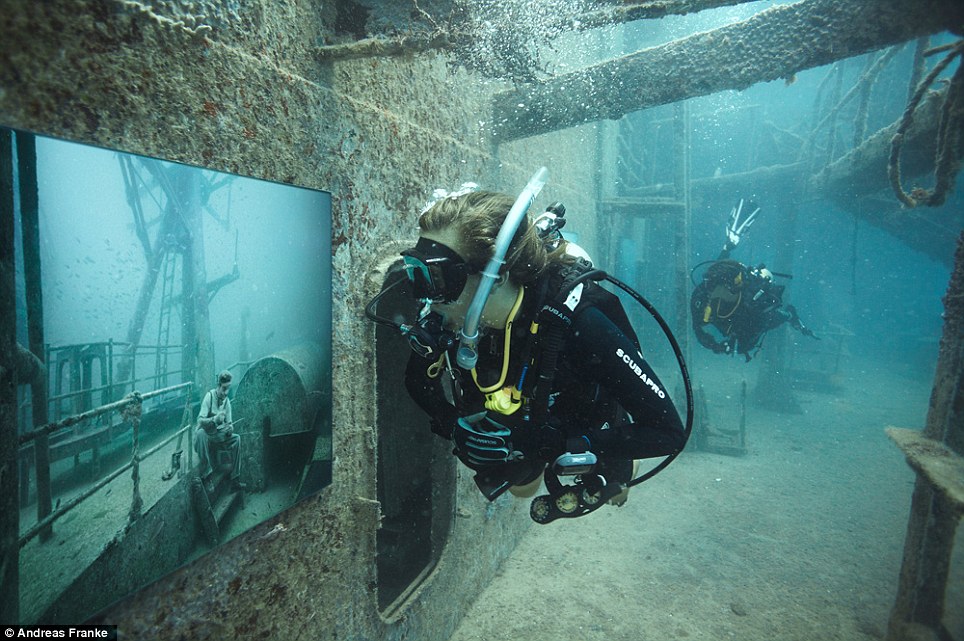 Unique: Gallery Goers can Access the Exhibition by Boat 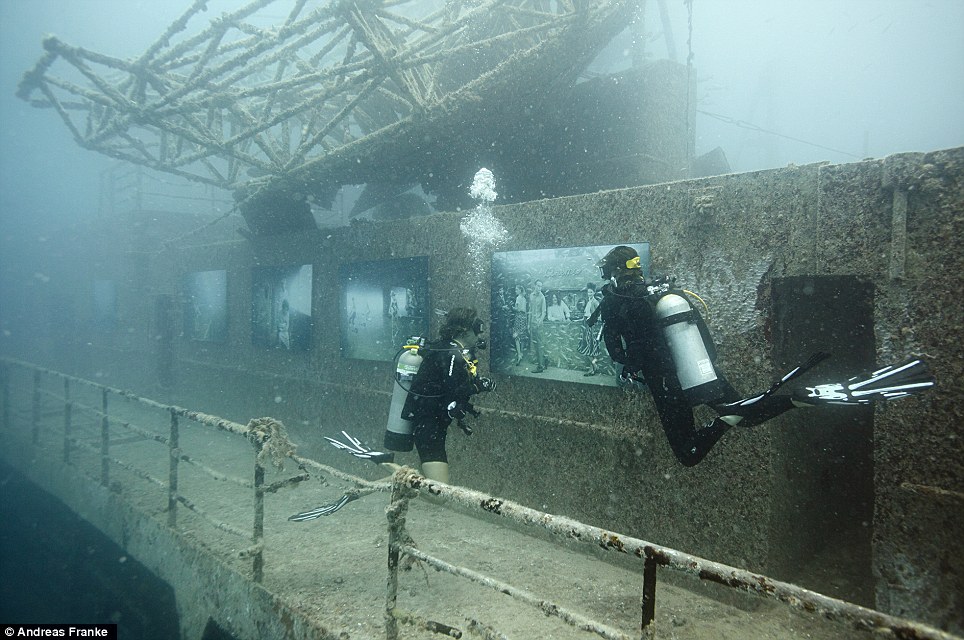