The New Generation of Unmanned Drones

With any technology, there are certain inflection points when it goes from being something perpetually in the near future to being a part of everyday life. For years, drones have been hovering on the cusp—used by militaries and relatively small numbers of hobbyists but not part of the larger culture. The U.S. military ushered in the drone age in 2001, when it began using the unmanned, remotely piloted technology to target al-Qaeda leaders in the wilds of Afghanistan. Drones have since become a key part of the military’s arsenal, and their use in conflict zones around the world has expanded under both the Obama and Trump Administrations. Civilian uses, however, have long been more promise than reality. 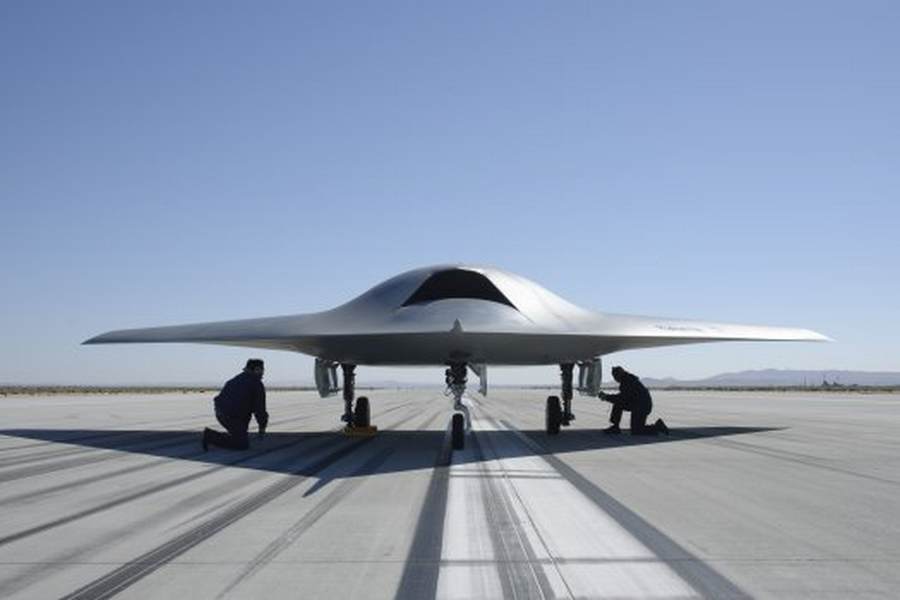 As a fighter plane prepares to take off from a naval carrier at sea, the pilot and deck crew go through a tightly choreographed series of hand signals to tell each other they are ready to launch. It ends with a final "salute" from the pilot to indicate that the aircraft is ready to be catapulted off the deck. But when the X-47B, the US Navy's newest prototype combat aircraft, prepares for its first carrier launch early next year, there will be no salute. That's because there will also be no pilot.

This video shows the General Atomics MQ-9 Reaper UCAV in action during Taxi, maintenance, take off, and landing. This video also shows the inside of a MQ-9 Reaper and MQ-1 Predator "cockpit".

The US Navy's cutting-edge robot fighter plane aims to be the first unmanned aerial vehicle to take-off and land at sea. Tests have been carried out to see whether military drones can mix safely in the air with passenger planes. 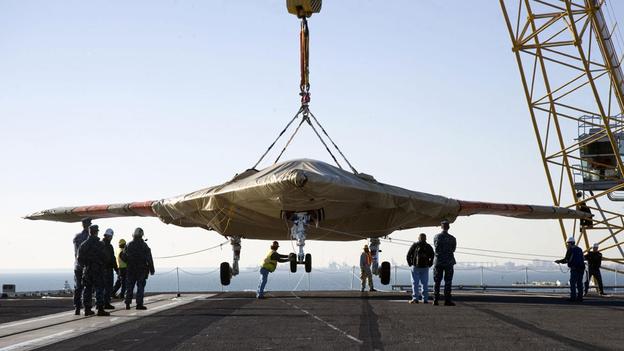 Instead, the X-47B will blink its wingtip navigation lights, a robotic nod to the human salute (and mimicking what the Navy does for night launches), before the catapult officer presses the launch button, and the robotic aircraft is flung off the front of the ship. 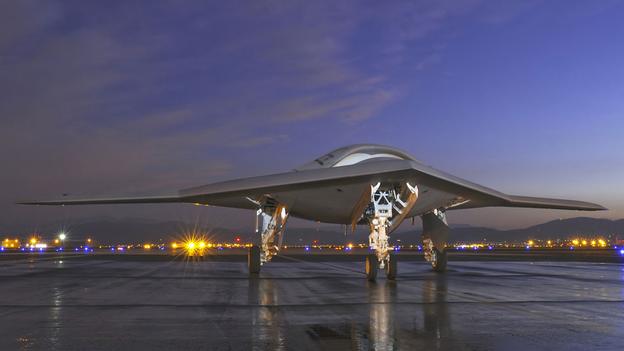 After years of development, and recent land-based tests, the highly anticipated carrier flight for this stealthy, tailless, unmanned drone is imminent. "It should be in early in 2013," says Carl Johnson, vice president and program manager at defence firm Northrop Grumman, which builds the X-47B. "We have to coordinate ship schedules as well as all the other airspace issues." 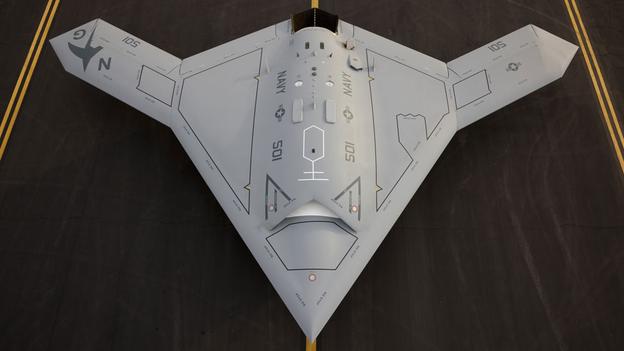 The X-47B is a strike fighter-sized prototype drone developed as part of the United States Navy's UCAS-D (Unmanned Combat Air System Demonstration) programme, which aims to develop technologies necessary to field a combat drone on carriers. As a result, it has folding wings and is built for the rigors of sea life, including salt water, deck handling and of course take-off and landing from an aircraft carrier. 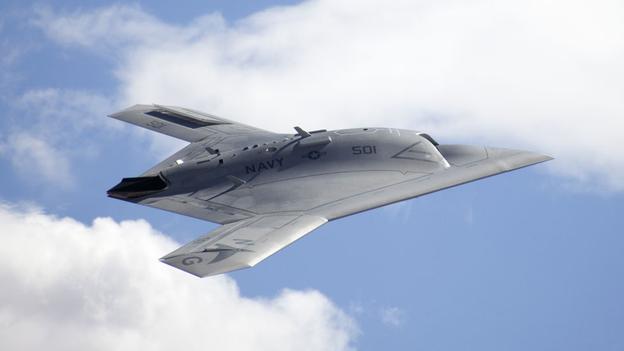 Although the X-47B is a prototype, the Navy hopes to actually field operational unmanned combat aircraft on carriers by the end of the decade. 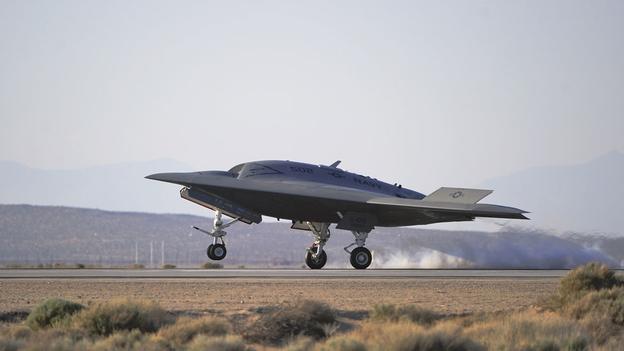 The unmanned "flying wing" aircraft, which takes some of its design cues from Northrop Grumman's B-2 stealth bomber, is supposed to demonstrate reconnaissance and strike capabilities—it has a full-sized weapons bay, although the prototype will not fly with weapons. And, unlike existing drones, which are usually remotely "flown" by pilots once in the air, the X-47B is designed to fly autonomously, with just the occasional click of a mouse from an operator to send it instructions. 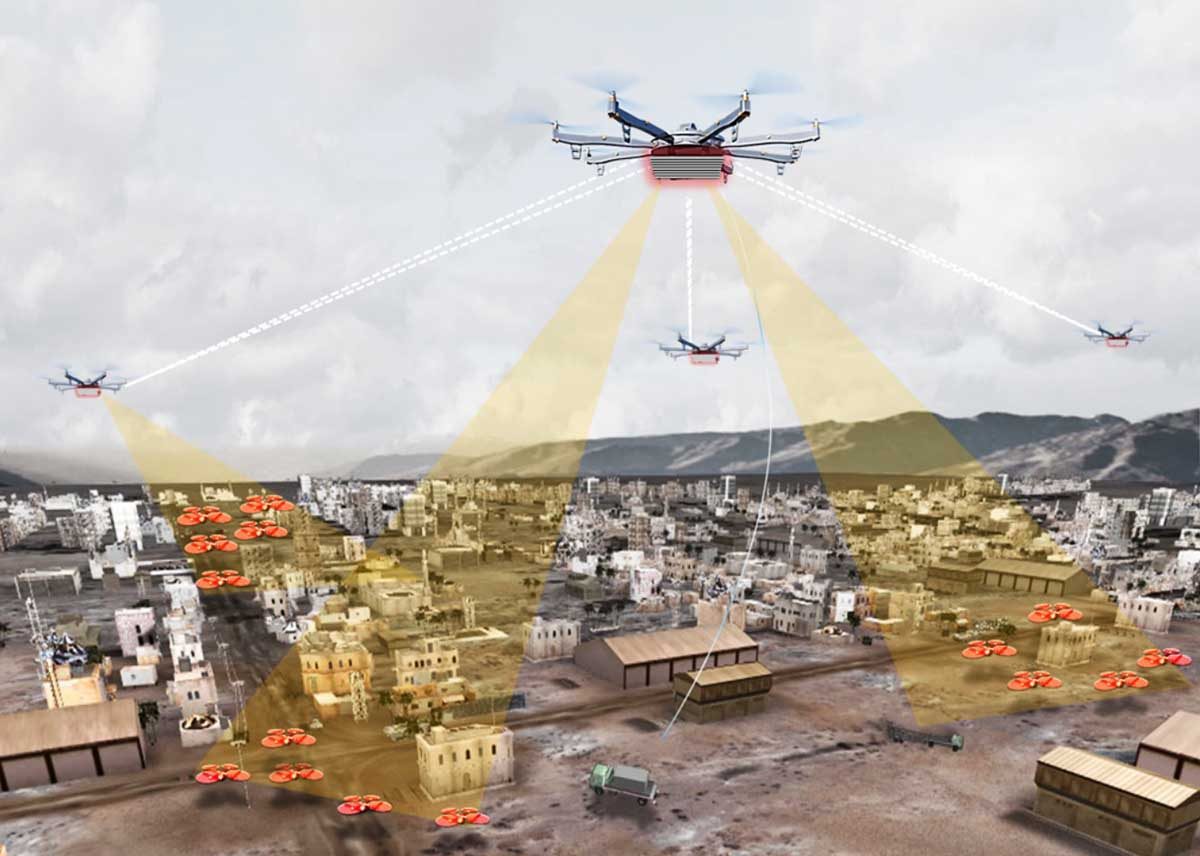 "It's a big deal, but it's an extension of something that was already happening," says Peter Singer, a senior fellow at the Brooking Institution in Washington, DC, and the author of Wired for War, a book on the military's robotics revolution. The craft was revealed in 2008 but is only now undergoing sea tests aboard the USS Harry S. Truman, including moving around on the carrier. Whilst this kind of trial may not sound remarkable, in some ways it's one of the more challenging steps toward proving that the X-47B, which weighs in at 20,000 kg (44,000 lb) and has a 20m (62 ft) wing span, is ready for flight. 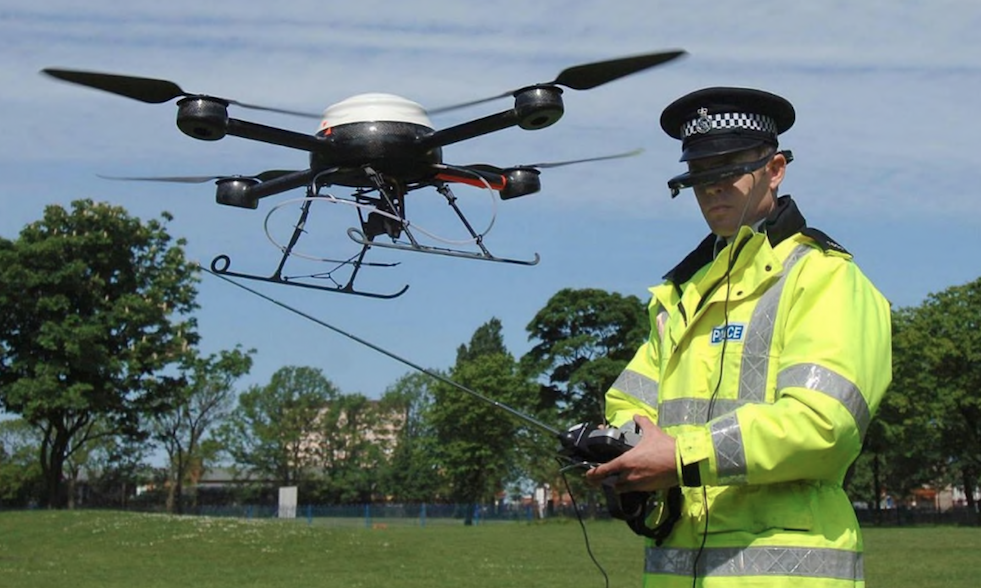 Getting around on a crowded flight deck is difficult, says Johnson, because the aircraft must maneuver very close the edge of the carrier, sometimes pivoting so that it appears that half the airplane is hanging off the ship. "The precision involved in doing that is very difficult with a pilot following directions from a person on the deck," says Johnson. "It's very difficult to do that as well with an unmanned system." 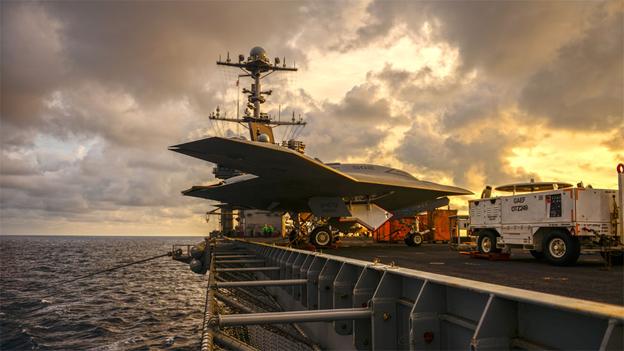 As a result, the engineers have built a wireless remote control device that can be used to move the aircraft around the deck. The X-47B has already been tested on land in conditions meant to mimic operations on a carrier deck, including a catapult launch, but operating on a real carrier crowded with people and equipment presents fresh challenges. For example, the X-47B must be tested for electromagnetic interference, in other words, making sure that the aircraft's electronic systems don't clash with the myriad radar and emitters that are on a ship.

"While we go through a rigorous test program, you really learn a lot when you're at sea and you're validating your system against the true environment of the carrier," says Johnson. If all goes well with these tests, the Navy will then be ready for its first at-sea flight. This will likely be a short affair, according to Johnson, and will start with a catapult launch and end with the aircraft landing not on the carrier, but on firm ground. Later that year, the X-47B will also perform an "arrested landing," meaning it will land back on the aircraft carrier.

Another key flight test took place in 2014, when the X-47 demonstrates that it can perform autonomous aerial refueling. Currently, the craft has a range of around 3,200km (2,000 miles) and can stay aloft for six hours. But for effective operations, the Navy would like it to stay aloft for longer.

Even if all those tests go smoothly, that doesn't mean the X-47B will actually be deployed. The stealthy, aircraft is still merely a prototype. The Navy soon plans to launch a new program to develop an operational unmanned combat aircraft, which will involve fielding up to half a dozen armed drones on carriers by the end of the decade as part of what's called the Unmanned Carrier-Launched Airborne Surveillance and Strike program. Since 2012, the Navy has been holding a competition to build the new drone. That means Northrop, the incumbent, will have to compete against other companies, including Lockheed Martin, which built the stealthy RQ-170 (famously captured by Iran), and General Atomics, which makes the familiar Reaper and Predator drones, and Boeing, which developed the X-45, a one-time competitor to Northrop's drone.

From the recently unveiled stealth Russian fighter jets to American aircraft that costs 339 million dollars per jet, this video presents some of the most insane fighter aircrafts.

Even as a prototype, however, the X-47B's upcoming launch from an aircraft carrier, the "heart of US naval aviation", marks a significant watershed for drones, says Singer.  "It's one of the places where we haven't seen them yet." Ultimately, the X-47B's upcoming flight is not about proving that drones can work—that's already been done—but expanding how and where they are used. "The Wright Brothers moment already happened," says Singer. "Now we're in the equivalent of 1920s and 1930s."