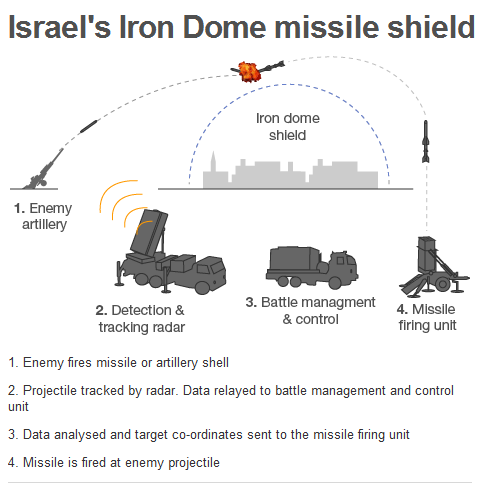 The system is designed to counter short-range rockets and 155 mm artillery shells with a range of up to 70 kilometers. According to its manufacturer, Iron Dome will operate day and night, under adverse weather conditions, and can respond to multiple threats simultaneously. 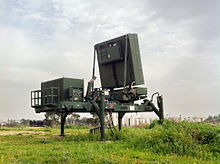 The system's radar detects the rocket's launch and tracks its trajectory. Then, the BMC calculates the expected hit point according to the reported data, and uses this information to determine whether the target constitutes a threat to a designated area; only in this case an interceptor missile is fired to detonate the rocket before it reaches the expected impact area.

The typical Iron Dome battery consists of a radar unit and three launchers, with each launcher containing 20 interceptors for a total of 60 missiles per battery. Reportedly, each battery is capable of protecting an urban area of approximately 150 square kilometers.