Mining Asteroids for Water and Platinum

There's plenty of talking. This is about doing. We'll create robots that go into deep space and mine asteroids. We're not going to talk about it, we're just going to do it." The company will be headquartered in Bellvue, Wash., Anderson said during a press conference announcing Planetary Resources held at Seattle's Museum of Flight. Chris Lewicki, president and chief engineer of the asteroid mining firm and formerly NASA's Mars mission manager, said companies like Planetary Resources could help turn Seattle into the "Silicon Valley of Space." 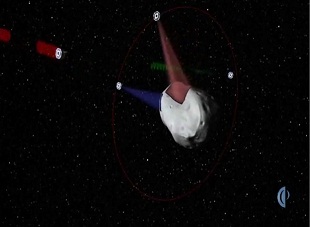 Planetary Resources plans to go after water, precious metals like platinum, and other materials found on nearby asteroids in three phases. The first phase will be to launch a series of Earth orbiting space telescopes to scope out suitable mining targets among what's believed to be millions of near-Earth asteroids measuring 50 meters or greater in size. 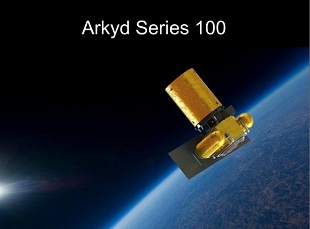 The company has already started developing the spacecraft for the first phase, Anderson said. That line of low-orbit robotic probes has been dubbed the Arkyd-100 Series and will be followed on with future-generation Arkyd spacecraft that will visit likely asteroid candidates for prospecting purposes and eventually to actually mine them for materials theoretically worth billions and even trillions of dollars.  With its Arkyd series, Planetary Resources is changing up the traditional model of space exploration, Lewicki said. Instead of pouring a lot of resources into developing and building a single probe like the ones used to explore Mars and conduct other space missions, the company is taking a "swarm" approach to its hunt for asteroids worth excavating.  That means launching and guiding dozens or more Arkyd probes to maximize the chances of finding 20 or so asteroids that are close enough to Earth, have solar orbits that keep them near enough to visit, and have the right composition of either water or precious metal to make them worth mining, Lewicki said.

Early Planetary Resources investors and advisors include Cameron, Google chief executive Larry Page and chairman Eric Schmidt, former Microsoft executive and veteran astronaut Charles Simonyi, Google executive Ram Shriram, and Ross Perot Jr., the son of IT magnate and former presidential candidate Ross Perot.  Diamandis founded the Ansari X-Prize competition several years ago to develop privately funded initiatives for taking people into space, while Anderson co-founded Space Adventures.  The company's impressive list of supporters also includes such notable names in the fields of space exploration and defense as Gen. T. Michael Moseley, Dr. Sara Seager, Dr. Mark Sykes, and David Vaskevitch.  The Planetary Resources venture is the latest in a rash of such initiatives spearheaded by well-heeled and adventurous private citizens like Cameron, Diamandis, Simonyi, and Perot, a former Air Force pilot who is also the first person to have piloted a helicopter around the globe.  The Avatar director last month completed a record solo dive in his own Deepsea Challenger sub to the deepest known point on Earth, the Mariana Trench's Challenger Deep. Cameron has also invested in various space exploration initiatives since NASA, the U.S. space agency, announced a few years ago that it would be transitioning towards spaceflight solutions funded by the private sector.  Google was an early backer of X-Prize, made more urgent since the official end of NASA's space shuttle program last year.  Other celebrity investors in the growing commercial space exploration industry include Virgin Group chairman Richard Branson, who like Cameron also has a keen interest in deep-sea exploration, and Amazon founder Jeff Bezos, who runs his own Blue Origin space venture and is also funding an attempt to salvage the F-1 engines used on the Saturn V rockets that took the Apollo 11 astronauts to the Moon four decades ago.

The Lure of Asteroids 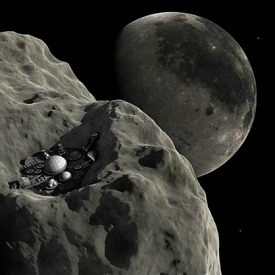 The idea of mining asteroids has been around for a long time. The appeal of such an operation, as depicted in science fiction but also discussed seriously in scientific circles, is not just as a means to supplement Earth's own natural resources but also as a way to develop a means of acquiring materials needed for further solar system exploration that's cheaper and more efficient than carrying that material into space on rockets from Earth.

Asteroids are also a potential, well, goldmine for scientists seeking to discover more about the origins of our solar system. The rocky objects that orbit the Sun in a loose belt mainly located between Mars and Jupiter contain material left over from the cloud of gas and dust that cohered some 4.5 billion years ago to form the solar system we enjoy today—original material from the solar nebula that scientists believe contains important clues about the solar system's birth.  NASA last year unveiled plans to deploy an unmanned spacecraft, the OSIRIS-Rex, which they hope will arrive at a near-Earth asteroid designated 1999 RQ36 in 2020. The vessel will be equipped with a robotic arm built to pluck samples from the asteroid.  Of course, grabbing a few rocks from an asteroid is a far cry from mining it. And humans have yet to actually land a spacecraft on a planetary body as small as an asteroid, take off again with materials from the surface, and return to Earth.  The closest attempt so far was the Japan Aerospace Exploration Agency's (JAXA) Hayabusa mission, which landed a probe on the small near-Earth asteroid 25143 Itokawa in 2005 and returned to Earth in 2010. The Hayabusa spacecraft's Minerva mini-lander failed to deploy and the probe's own sample collection apparatus also failed during the mission.  Though the sample canister from JAXA's returning capsule did contain about 100 microscopic particles, scientists are unsure if they originated on the asteroid's surface or were passively collected in space.