The Truth About Crime Labs vs. Television Drama Series

"The CSI effect has caused jurors to expect crime lab results far beyond the capacity of forensic science," wrote Jim Fisher, a former FBI agent and retired criminalistics professor who taught forensic science at Edinboro University of Pennsylvania, in his 2008 book titled Forensics Under Fire: Are Bad Science and Dueling Experts Corrupting Criminal Justice? Fisher notes that problems in forensics "have kept scientific crime detection from living up to its full potential." His conclusion is that "bad science, misadventures of forensic experts and human error" exemplify "the inability of our 21st century judicial system to properly differentiate between valid research and junk science." Crime lab workers are not necessarily scientists. In fact, sometimes only a high school diploma is required for employment as a forensic technician or arson investigator. Nor are lab examiners and their supervisors always the unbiased investigators portrayed on TV; in fact, many crime labs are run by or affiliated with police departments, which have a vested interest in clearing unsolved crimes and securing convictions.  Police often share their suspicions regarding suspects with lab workers before forensic examinations are performed. This has been shown to prejudice lab personnel in areas as diverse as fingerprint examination and chemical testing for accelerators in arson investigations. Further, some lab examiners feel they are part of the prosecution team, helping the police and prosecutors convict suspects regardless of the results of forensic testing. In such cases, forensic experts and other lab personnel may lie about test results, be misleading about the reliability of their methods, and/or cover up test outcomes when they are beneficial to the defendant.  A 2009 report by the National Academy of Sciences, the most prestigious scientific organization in the United States, revealed that much of the "science" used in crime labs lacks any form of peer review or validation – fundamental requirements for sound science. Such questionable forensic methods include long-established and accepted techniques such as fingerprint comparison, hair and fiber analysis, and bullet matching.  The report explicitly recognizes that there's a world of difference between forensic science as an investigatory tool or method and proof of innocence or guilt in court. One example of this type of forensic work cited the report is forensic odontology. "Forensic Odontology might not be sufficiently grounded in science to be admissible under Daubert, but this discipline might be able to reliably exclude a suspect, thereby enabling law enforcement to focus its efforts on other suspects," according to the report. 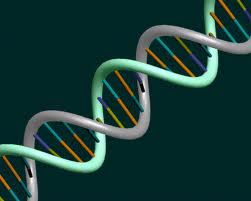 With the exception of nuclear DNA analysis, "no forensic method has been rigorously shown to be able to consistently, and with a high degree of certainty, demonstrate a connection between evidence and a specific individual or source," according to the NRC.  "It is heartening that the mainstream scientific community today has validated so much of what the defense bar has been asserting for many years in the courts, the legislatures and in the public arena," said John Wesley Hall, President of the National Association of Criminal Defense Lawyers. "This report should help avoid some of the heartache and injustice associated with the wrongful convictions and imprisonment resulting from junk science in the courtroom, and the myth that forensic science is infallible." 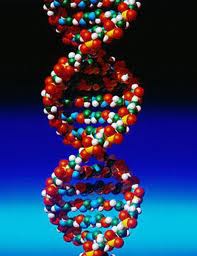 "The search for truth does not favor the prosecution or the defense, and neither should publicly funded forensic labs. The defense bar has long maintained that forensic laboratories and their personnel should be independent of the police and prosecution. Proper training of lab personnel and accreditation of laboratories helps ensure quality control, quality assurance and public confidence in the evidence," Hall said.