New Patent Law in the US: From First-to-Invent to First-to-File

The nation "can't afford to drag our feet any longer, not at a time when we should be doing everything we can to create good, middle-class jobs that put Americans back to work. We have to do everything we can to encourage the entrepreneurial spirit wherever we find it."  At its core, the America Invents Act changes the U.S. patent system from a "first-to-invent" system, which could lead to arguments and litigation, to a "first-to-file" system, the White House said. The act, passed by large bipartisan majorities in both congressional houses, also makes the patent process three times faster. 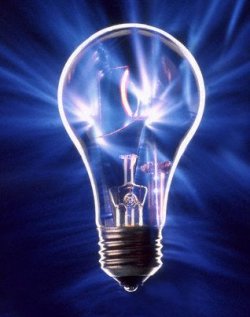 The new patent law encourages innovation and other steps can be taken, Obama said. "Today, for example, my administration is announcing a new center that will help companies reduce the time and cost of developing life-saving drugs," he said. "When scientists and researchers at the National Institutes of Health discover a new cure or breakthrough, we're going to make it easier for start-up companies to sell those products to the people who need them." He said more than 100 universities and companies agreed to work together to bring more inventions to the market as quickly as possible. And we're also developing a strategy to create jobs in biotechnology, which has tremendous promise for health, clean energy and the environment," he said.

A group of Harvard students have invented a soccer ball that charges electricity with each kick. The ball can then be used to power a light. Popular Mechanics have already called it one of the breakthrough innovations of the year. The Harvard students responsible for the invention are calling it "sOccket." Hemali Thakkar, a graduating senior at Harvard and one of the creators of the sOccket, told PRI's Living on Earth:  We saw that there was this universal love of soccer around the world and we saw this huge need for electricity and we said, 'hey, why not, why not put the two together.' And that's how sOccket came about.  The invention works by using magnetic charges. A magnet inside the ball bounces back and forth through an inductive coil, allowing an internal battery to capture current that can be used later on. It's the same technology that a shake-flashlight uses to generate and store power. The ball requires only fifteen minutes of use to power a single LED light for three hours, says Thakkar. After playing with the ball, a light can be plugged into an electrical socket on the outside of the ball. This socket can support a direct-current electrical plug, which is standard in developing countries.

For more information visit the US Government Patent and Trademark Office at the Department of Commerce.