Elizabeth Taylor dazzled the world with her luminous beauty and piercing violet eyes, lavish lifestyle - and an unquenchable passion for diamonds and jewels that was fueled by the great loves of her life.  She amassed an incredible jewelry collection which includes 16th Century "La Peregrina" (showed above), one of the largest and most symmetrically perfect pear-shaped pearls in the world which Richard Burton purchased for Taylor in 1969 as a Valentine's Day gift.  Elizabeth Taylor met Richard Burton in Italy on the set of the 1963 film "Cleopatra," and married for the first time in 1964. Once part of the Crown Jewels of Spain, the pearl later passed into the hands of Joseph Bonaparte, Napoleon III and the Duke of Abercorn. When it came up at auction in New York, Burton snapped it up for $37,000, beating out the under-bidder, a member of the Spanish Royal family. Cartier later created a ruby and diamond necklace from which the pearl was suspended, a design that was inspired by the famous Velazquez portraits of Spain's Queen Margarita and Queen Isabel wearing the pearl as a necklace. It is estimated to fetch $2 million to $3 million. Her amazing glamorous life and award winning acting career did not stop her from devoting time to humanitarian causes, establishing the Elizabeth Taylor AIDS Foundation in honor of her dear friend and co-star on the film "Giant" Rock Hudson after he died of AIDS in October of 1985. The entire collection valued at $30 million dollars will be exhibited from December 3rd to the 10th, 2011 and auctioned during a two day sale on December 13-14, 2011 at Christie's New York Galleries. A portion of the proceeds from exhibition admissions and publications related to the sell will be donated to the Elizabeth Taylor AIDS Foundation. "These are the top jewels that Elizabeth Taylor received from the great loves of her life, Mike Todd and Richard Burton," said Christie's jewelry expert Rahul Kadakia. "They're from moments in life that were very dear to her," jewels that were purchased in Bulgari in Rome, at Cartier in New York and at auction.

The stories behind them are as priceless as the gems themselves. In a 2002 memoir, "My Love Affair with Jewelry," Taylor took readers on a personal journey of her collection, describing in her own words how she came to own each piece. 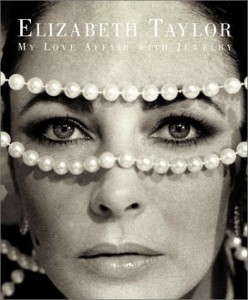 "I never, never thought of my jewelry as trophies," she wrote. "I'm here to take care of them and to love them. When I die and they go off to auction I hope whoever buys them gives them a really good home." It's an extraordinary collection of rubies, diamonds, emeralds and sapphires in intricate and bold designs. One of the most extravagant gifts Taylor received from Burton was the asscher-cut 33.19-carat diamond set in a platinum ring. Known as the Elizabeth Taylor Diamond, Kadakia said its size and clarity - "as white as they can be and potentially flawless" makes it a perfect gem. Another extraordinary piece of the collection which is shown below. 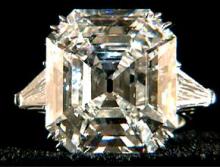 Taylor, who was married eight times - twice to Burton - died in March of 2011 at age 79. The couple appeared together in about a dozen films, including "Who's Afraid of Virginia Woolf?" in which Taylor played an alcoholic shrew in an emotionally sadomasochistic marriage. Burton was enamored of historical pieces, and in 1972 purchased the famous 17th-century Taj Mahal diamond pendant for Taylor's 40th birthday. The transaction took place at John F. Kennedy International Airport because the couple didn't have time to run into the city before catching a plane, said Kadakia. Burton purchased it in 1968 at a New York auction for $305,000. At the December sale, it's expected to fetch $2.5 million to $3.5 million. "Elizabeth Taylor used to refer to it as her baby and wore it as much and as often as she could," said Kadakia, including in nearly all her subsequent films. 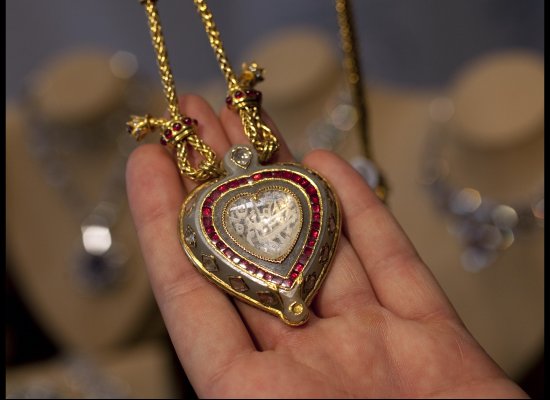 The heart-shaped diamond is associated with one of history's greatest love stories. It belonged to Emperor Shah Jahangir, who had the diamond inscribed with his wife's name "Nur Jahan." He later passed the stone on to his son, Shah Jahan, who built the Taj Mahal in memory of his wife Mumtaz, who died in childbirth. "I would have liked to buy her the Taj Mahal but it would cost too much to transport," Burton remarked after buying it.

Cartier later recreated the diamond's original silk cord as a gold rope-like necklace set with rubies and diamonds. The necklace has a pre-sale estimate of $300,000 to $500,000.  "Jewelry was a way of life for Elizabeth Taylor. They were her friends. She enjoyed wearing them and it gave her a lot of pleasure because they reminded her of the great moments in her life, the great places in her life," Kadakia said. Like the time Taylor's third husband, theater and film producer Mike Todd, presented her with a red leather Cartier box as she sat by the pool at a rented villa in the south of France.  Inside was a ruby necklace, matching earrings and bracelet. "She was so, so happy that she jumped into the pool wearing all this jewelry and started doing laps," said Kadakia, adding that the pieces will be sold separately. Among the pieces of jewelry that Taylor purchased for herself was the Duchess of Windsor diamond brooch, which she got at auction for $620,000. Kadakia said she paid a big price for it for two reasons, to remember her friend and because the proceeds were going to a cause dear to her, AIDS research. The brooch is estimated to bring $400,000 to $600,000. 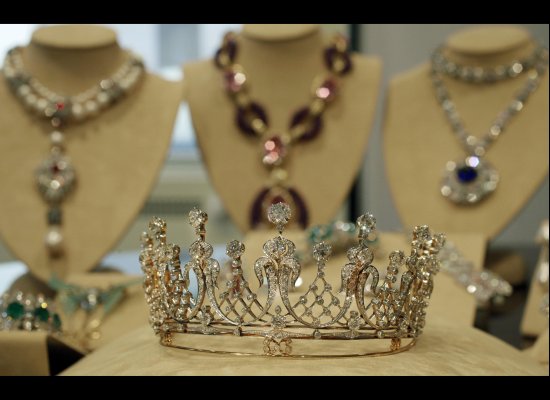 Eighty of the most iconic pieces will be sold on the evening of Dec. 13. The following day, 189 more gems will be sold. About 500 pieces of Taylor's costume jewelry will be sold online at the same time. Christie's also will be selling the star's haute couture and ready-to-wear fashion, accessories, 20th-century decorative arts and film memorabilia from her Bel Air home on Dec. 14-16. Details have not been released. Christie's said the top 80 jewelry pieces will be shipped prior to the auction to Geneva, Paris, Hong Kong, Dubai and Los Angeles; many of them also will be shown in London and Moscow. Serious collectors will be able to try on the jewelry by appointment.