Your brain doesn't like to keep secrets. Studies at the University of Texas, Austin, have shown that writing down secrets in a journal or telling a doctor your secrets actually decreases the level of stress hormones in your body. Keeping a secret, meanwhile, does the opposite. Your brain also doesn't like stress hormones. So when you have a secret to tell, the part of your brain that wants to tell the secret is constantly fighting with the part of your brain that wants to keep the information hidden, says Dr. Eagleman. "You have competing populations in the brain — one part that wants to tell something and one part that doesn't," he tells NPR Fresh Air's Terry Gross. "And the issue is that we're always cussing at ourselves or getting angry at ourselves or cajoling ourselves. ... What we're seeing here is that there are different parts of the brain that are battling it out. And the way that that battle tips, determines your behavior." Incognito, examines the unconscious part of our brains — the complex neural networks that are constantly fighting one another and influencing how we act, the things we're attracted to, and the thoughts that we have. "All of our lives — our cognition, our thoughts, our beliefs — all of these are underpinned by these massive lightning storms of electrical activity in our brains, and yet we don't have any awareness of it," he says. "What we find is that our brains have colossal things happening in them all the time." 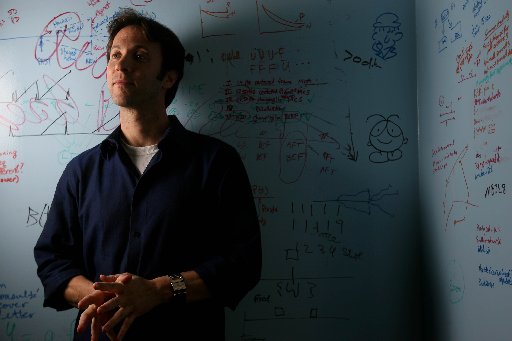 In this fascinating radio interview with Terry Gross of NPR's "Fresh Air", Eagleman explained how learning more about the unconscious portions of our brain can teach us more about time, reality, consciousness, religion and crime. Eagleman is also the author of Wednesday is Indigo Blue: Discovering the Brain of Synesthesia and Sum: Forty Takes from the Afterlives.  When Terry asked him about afterlife, he commented that growing up as a Jew in New Mexico he asked his congregation's Rabbi the same question and his response was: "If you asked two Jews a question, you get three responses".

In his new book "Incognito The Secret Lives of the Brain" he questions: Why are we so tempted to tell a secret?  "Are some marriage partners more likely to cheat? Why do patients on Parkinson's medications become compulsive gamblers? Why did Charles Whitman, a high-IQ bank teller and former Eagle Scout, suddenly decide to shoot forty-eight people from the University of Texas Tower in Austin?"

Eagleman's enthusiasm and gift for metaphor help cushion a neuro-scientific truth: that consciousness is the smallest bit of what's happening in our 3-pound brains. The me-ness of me and the you-ness of you is something beyond me and you. But that's OK, Eagleman asserts. We don't want to interrupt a well-oiled machine: "The best way to mess up your piano piece is to concentrate on your fingers ... the best way to miss the golf ball is to analyze your swing." Almost all our actions are run by alien subroutines, also called zombie systems, which include everything from forming words to picking up a mug of coffee. "When a professional baseball player connects his bat with a pitch that is traveling too fast for his conscious mind to track, he is leveraging a well-honed alien subroutine."  Yet all this still leaves room for the hunch. When you can't get a straight answer from the unconscious brain, you can tap into its knowledge. "The next time a friend laments that she cannot decide between two options," Eagleman writes, "tell her the easiest way to solve her problem: flip a coin ... The important part is to assess her gut feeling after the coin lands. If she feels a sense of relief at being 'told' what to do by the coin, that's the right choice for her. If instead, she concludes that it's ludicrous for her to make a decision based on a coin toss, that will cue her to choose the other option."

Nature and nurture are inextricably linked; there's no untangling them, Eagleman says. And because we're each built from a genetic blueprint and delivered into a world of circumstances over which we have no control, we are not born equal. Tiny changes in the brain can cause colossal changes in behavior.  For instance, some Parkinson's patients taking the drug Pramipexole, which replenishes the dopamine levels lost to the disease, turn into gamblers. Because dopamine also serves as "the main messenger in the reward systems" of the brain, imbalances in the chemical can trigger gambling, overeating and drug addiction.   He also explains that Whitman, the shooter in the UT Tower, intuited something was wrong with his brain and requested in his suicide note that an autopsy be performed. Doctors found a nickel-size tumor that had compressed a brain region called the amygdala, which helps regulate emotions such as fear and aggression. 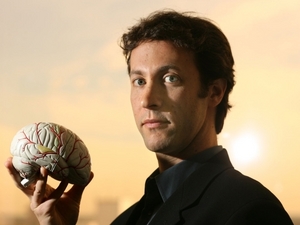 All this is fodder for Incognito's provocative thesis: "We must assume that criminals cannot not do whatever it is that has gotten them into trouble. When lawyers are able to point to an obvious biological problem — the killer acted while sleepwalking and so was not himself — the punishment for the crime is less stringent," Eagleman notes. But if there's no obvious biological problem, a criminal is punished more severely. Advances in science have shown us that people once thought to be possessed by demons — a diagnosis punishable by death — are victims of epileptic seizures. Just because there's no known biological cause for aberrant behavior doesn't mean one doesn't exist.  Certainly, criminals should be "warehoused" from the rest of society, Eagleman argues, but rehabilitation underpinned by neuroscience would help keep them from repeating their crimes.  He notes:   "If our brains were simple enough to be understood, we wouldn't be smart enough to understand them." 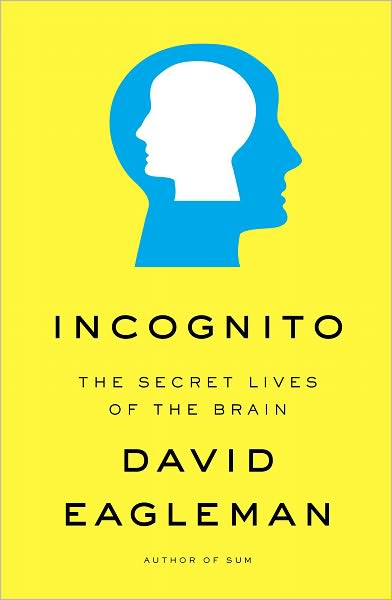 A Division of Random House,Inc.