Kate Middleton traveled to the ceremony at Westminster Abbey by car, but the newly-weds returned to Buckingham Palace in a glass carriage along Parliament Square, Whitehall, Horse Guards Parade and The Mall. The Queen hosted a reception at the palace, followed by a private dinner and dancing in the evening. Their marriage was marked with an official public holiday across the United Kingdom.  Large screens in public plazas broadcast the television coverage of the wedding in many capital cities of the British colonies.

What stands out about this multimillion-pound spectacle (paid for by the royal family and Middleton's millionaire parents) and $32 million security challenge (paid for by British taxpayers), is its unprecedented modernity, unlike any before in royal history. No longer were stuffy royal bureaucrats solely in charge; the couple themselves took a significant control on the wedding plans. " Nick Loughran, a press officer for the prince, explains:  "They have made it quite clear, right from the start, that they would like their wedding day to strike the right balance between intimacy and providing an occasion that can be enjoyed by everyone."


A Special Tribute to Princess Dianne was Part of the Full Day of Activities. 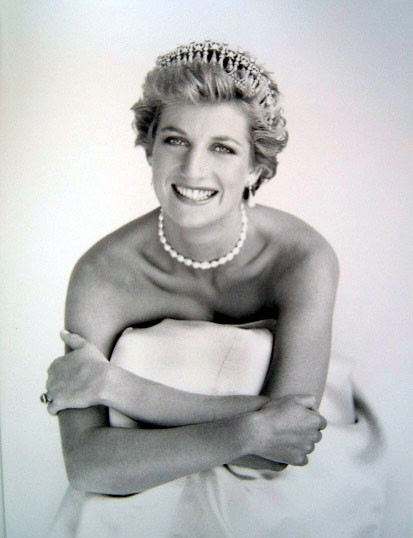 Among the invited guests to Prince William and Kate Middleton's wedding was Shozna, now 20, a homeless girl who was rescued from the streets by Centrepoint, a homeless charity supported by Princess Diana. Last summer the prince first heard Shozna's heartbreaking story at a gala for the organization where she shared how she was forced onto the streets after having major heart surgery. The prince was so moved that he broke with royal protocol and gave the girl a hug. He became a patron of the charity in 2005. After receiving the wedding invitation, Shozna said: "I'm so very excited. Kate seems born to be a princess and I think she'll look traditional and elegant. I can't believe the Beckhams, Elton John and his husband, Prince Harry and all the little bridesmaids will be there. I want to say to Prince William: Congratulations. Thank you for inviting me and thank you for making people feel like they are part of the world instead of being alone."  Less than a year ago, after surviving a stroke, Shozna was living at homeless shelters with drug addicts.  In October 2009 she was paralyzed by a stroke which affected the right side of her body and left her unable to speak. Doctors discovered that the schoolgirl had a hole in her heart and she spent two months in a hospital recovering from the stroke before having surgery to repair her heart. After months of speech and physical therapy the high school student found herself homeless and lived with various relatives until she was forced to find emergency housing in a hostel. Two weeks later Centrepoint found her a room at a 40-bed homeless shelter. Through Centrepoint, she was partnered with a mentor who helped her write a resume, get work experience and learn how to live independently. With the help of the organization, Shozna was able to move into her own apartment last week and is currently applying to work at a clothing store. She wants to be a retail store manager.  "When I lived in the hostel, there were so many different incidents – bad things that I didn't want to be part of. And I didn't like relying on other people. I wanted to do everything for myself. "The stroke affected my brain so I can't go back to education. And my right hand means I can't be a hairdresser anymore. But I want to work hard and go higher and higher until I'm a manager. "The speech in front of Prince William was my first time speaking in public since I lost my speech. I first met him beforehand, he was comforting me and telling me not to be nervous. "After I read it, he told me I was amazing and said he was touched by my story. He asked if he could give me a hug. I was really made up – it gave me confidence in myself.'Shozna is planning on wearing a red and orange off-the-shoulder dress donated by Raishma Islam, a wedding dress designer who was once an assistant to Elizabeth Emanuel who designed Princess Diana's wedding dress. She will be accompanied by Seyi Obakin, Centrepoint's chief executive. "Prince William personally invited Shozna after feeling deeply touched by her personal story. It is an honour for us to represent Centrepoint at his wedding and I am sure the experience will live with the two of us forever," said Mr. Obakin. In a nod to his mother, Princess Diana, Prince William and Kate Middleton have planned the first "people's royal wedding" inviting representatives of the charities he works with and the people helped by them. Miss Middleton has invited citizens from her parent's village, Berkshire, including shopkeepers and a local mail man.