Archaeologists uncover trove of ancient Egyptian artifacts they had uncovered a trove of ancient artifacts at the necropolis of Saqqara near Cairo, including mummies and bronze statues dating back 2,500 years. Among the treasures were 250 sarcophagi — or painted coffins — with well-preserved mummies inside, unearthed during recent excavations at a burial ground outside Cairo, said Mostafa Waziri, the secretary general of Egypt’s Supreme Council of Antiquiti 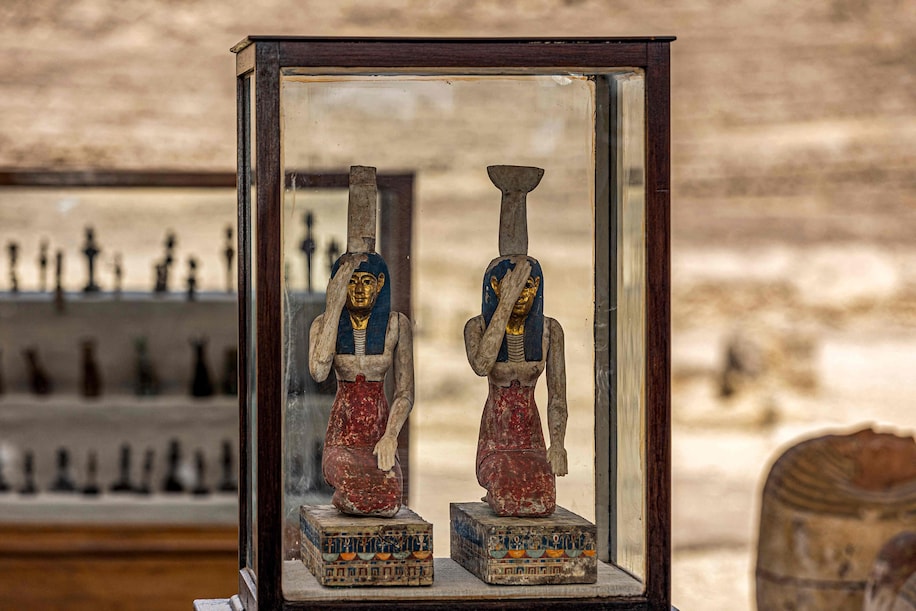 After their Discovery at the Saqqara necropolis, southwest of Egypt's Capital

“In one of the wooden sarcophagi, we found, for the first time, a complete and sealed papyrus,” he told reporters at a makeshift exhibit Monday. The document was immediately moved to a museum for further study. Waziri said he believed it was similar to those found 100 years ago that discuss the Book of the Gates and the Book of the Dead. Both are ancient Egyptian funerary texts. The dig also uncovered 150 bronze statues of Egyptian deities and instruments used for rituals dating back to the Late Period of ancient Egypt, about 500 B.C., said Waziri, who led the archaeological mission. 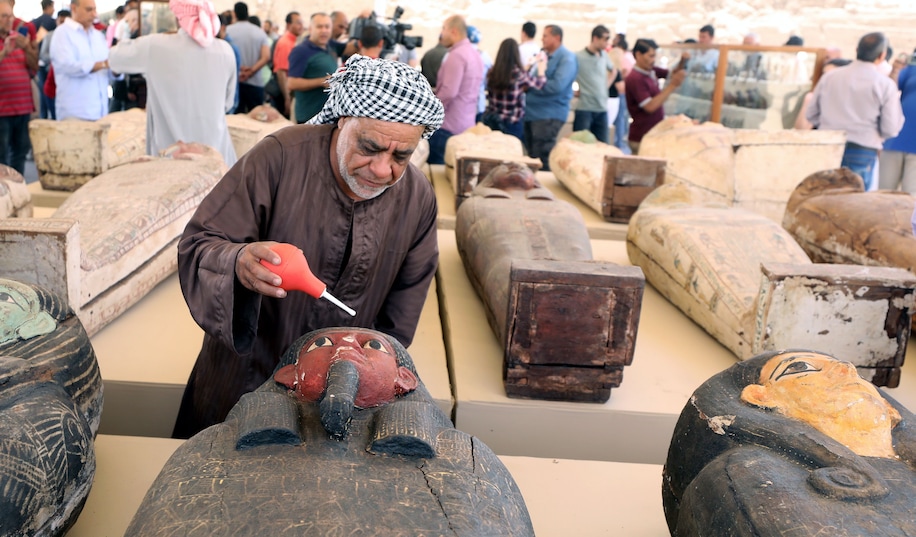 A Worker Cleans Sarcophagi from a Newly Discovered Burial Site

at Saqqara Necropolis in Giza, Egypt

The Egyptian government is hoping a spate of recent archaeological discoveries will help revive the country’s tourism industry, bringing much-needed foreign currency and creating new jobs. Egypt’s tourism-dependent economy has suffered in the past decadefrom the political chaos that developed after the 2011 Arab Spring. Lately, it has been hit by the coronavirus pandemic, which curbed global travel, and the war in Ukraine; Russia and Ukraine are usually big sources of tourists for the country. In the tombs of Saqqara, new discoveries are rewriting ancient Egypt’s history Ancient finds have been made across the country in recent years, bringing fresh understanding of the dynasties that ruled ancient Egypt.

In February of 2021, archaeologists found 16 human burial chambers at the site of an ancient temple on the outskirts of the northern city of Alexandria. Two of the mummies had golden tongues, which Egyptian Antiquities Ministry officials said were to allow them to “speak in the afterlife.” That same month, a massive 5,000-year-old brewery — believed to be the world’s oldest — was discovered in the southern city of Sohag. The beer, researchers hypothesized, was used in burial rituals for Egypt’s earliest kings. 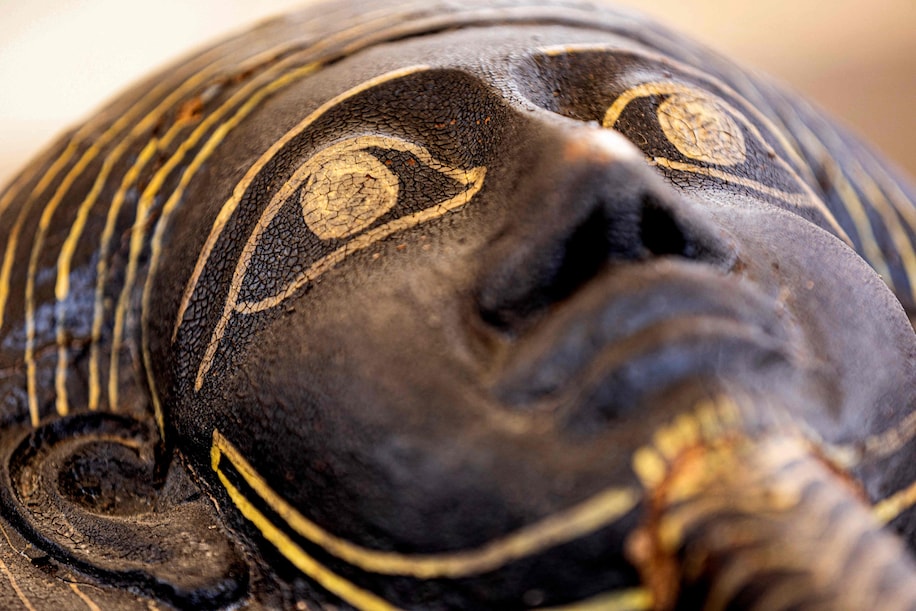 One of the Sarcophagi Found at the Saqqara Necropolis

In April 2021, archaeologists announced they had unearthed a 3,000-year-old “lost golden city” in the southern city of Luxor, a discovery they said could be the biggest since the tomb of the boy king Tutankhamen.  The Saqqara necropolis, where the latest discoveries were made, was part of the burial grounds for the ancient capital, Memphis. Its ruins are now a UNESCO World Heritage site.  The sarcophagi will be transferred to the new Grand Egyptian Museum, due to open near the famed Giza Pyramids outside Cairo in November, for display. 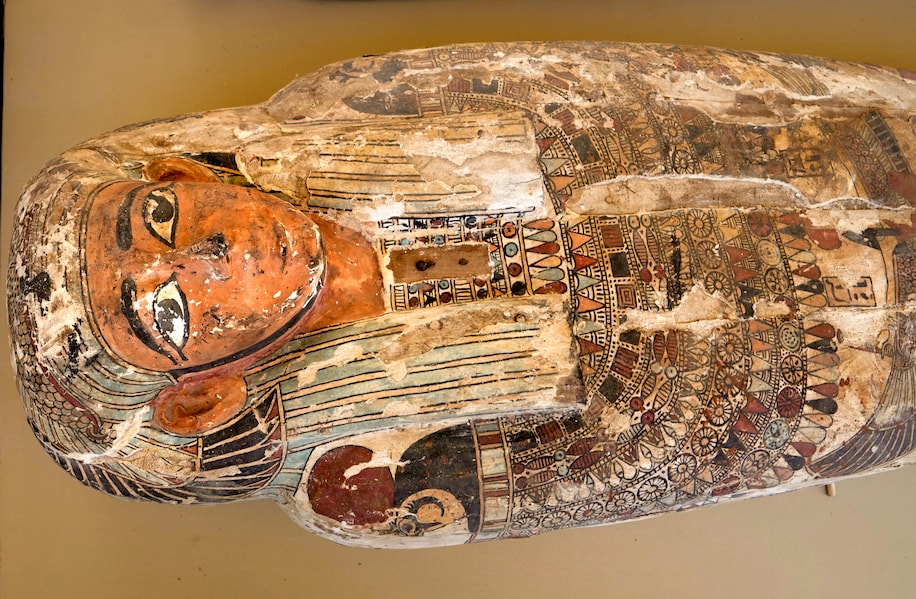