The U.S. Army is openning the National Museum of the United States Army starting on Veterans Day, November 11, 2020. Building construction and exhibit installations are now complete, and the museum is ready to open its doors to the public for the first time. The National Museum of the U.S. Army, located on a publicly accessible area of Fort Belvoir, Virginia, will be the first and only museum to tell the entire history of the U.S. Army since its establishment in 1775. Highlighting the experiences of Soldiers, both renowned and lesser known, the Museum honors the accomplishments, commitment, and sacrifice of those who have served and creates a rich tapestry of history in times of war and peace. Each soldier’s story adds a new thread to the fabric of the American story.

“The U.S. Army and the American Soldier forged the birth of our nation,” said Secretary of the Army, Ryan D. McCarthy. “The National Army Museum will be a place for members of the total Army family to gather and share their stories, while also creating an opportunity for visitors to connect with our nation’s history through the eyes and voices of individual Soldiers.” The museum’s Experiential Learning Center will provide visitors of all ages a unique opportunity to participate in hands-on, educational and team-building activities in the areas of geography, science, technology, engineering and math. “The museum is stunning, and it is an honor to present this history in a way that shows the connection between the American Soldier, the U.S. Army and the nation,” said the museum’s director, Ms. Tammy E. Call.

The museum will open with enhanced health and safety measures for visitors. Free, timed-entry tickets are required to manage visitor capacity and provide an optimal experience to visitors. “We have worked hard to ensure the safety of our staff and visitors, and we are excited to open the doors of this long-awaited national museum,” added Call.

The museum is a joint effort between the U.S. Army and the Army Historical Foundation, a non-profit organization. The AHF constructed the building through private funds, and the U.S. Army provided the infrastructure, roads, utilities and exhibit work that transformed the building into a museum. The Army owns and operates the museum, and the AHF manages retail, catering and special events.

“The Army is people. They are our greatest strength and our most important weapon system,” said the Chief of Staff of the Army, Gen. James C. McConville. “The National Museum of the United States Army is designed to tell the compelling and heroic stories of our people and take visitors on an exciting journey through the history of the U.S. Army as told through the American Soldiers’ point of view.” 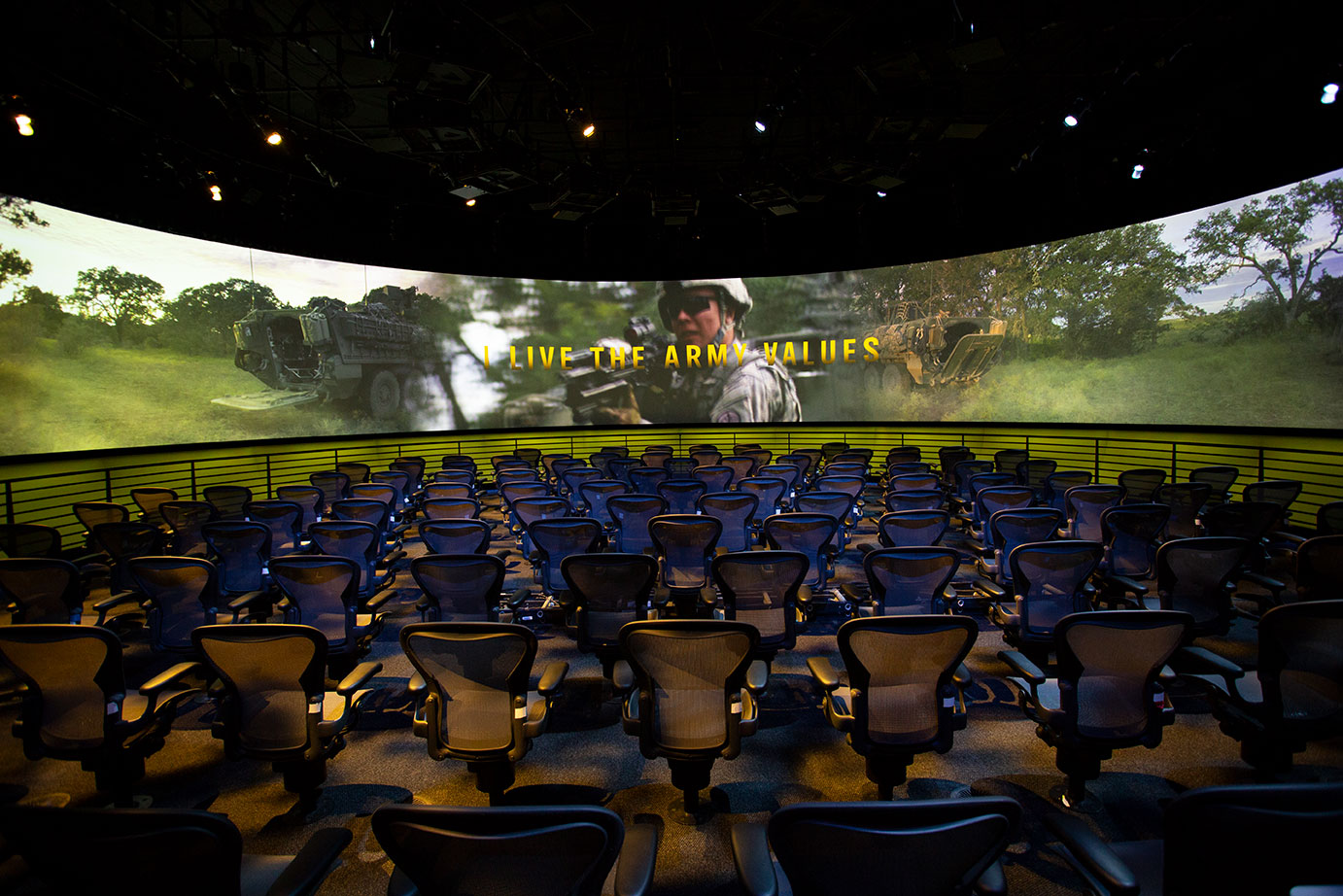