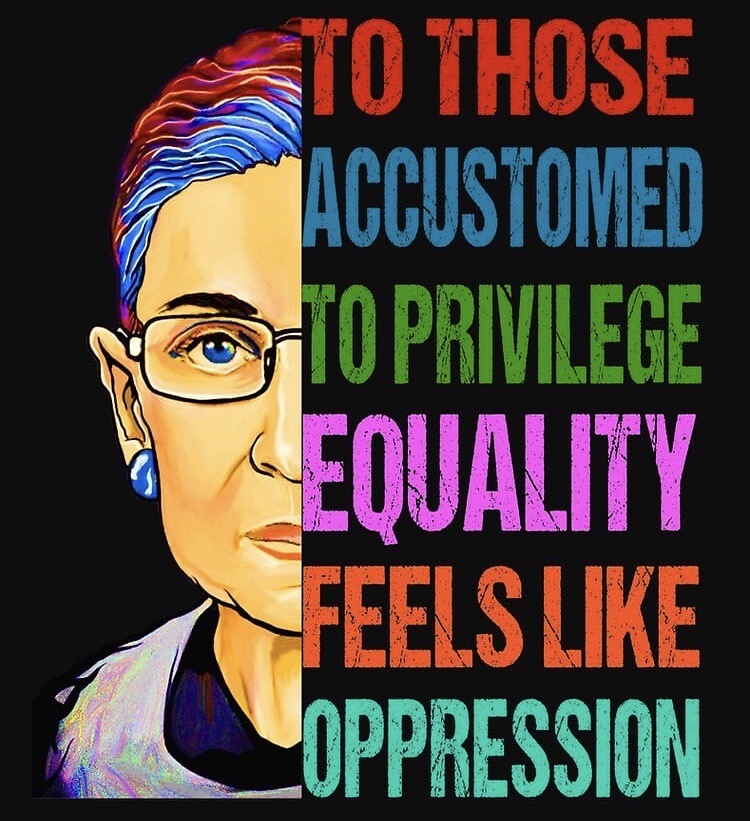 Ruth Bader Ginsburg, a beloved Jewish figure who helped pioneer the feminist legal field and served on the Supreme Court for more than a quarter century, died from complications of cancer on Friday at the age of 87. Ginsburg had defiantly remained on the court as she battled five bouts of cancer and numerous recent hospitalizations, for fear of leaving another vacancy for President Trump to fill with a far-right conservative. NPR reported that not long before she died, Ginsburg dictated a statement to her granddaughter: “My most fervent wish is that I will not be replaced until a new president is installed.” 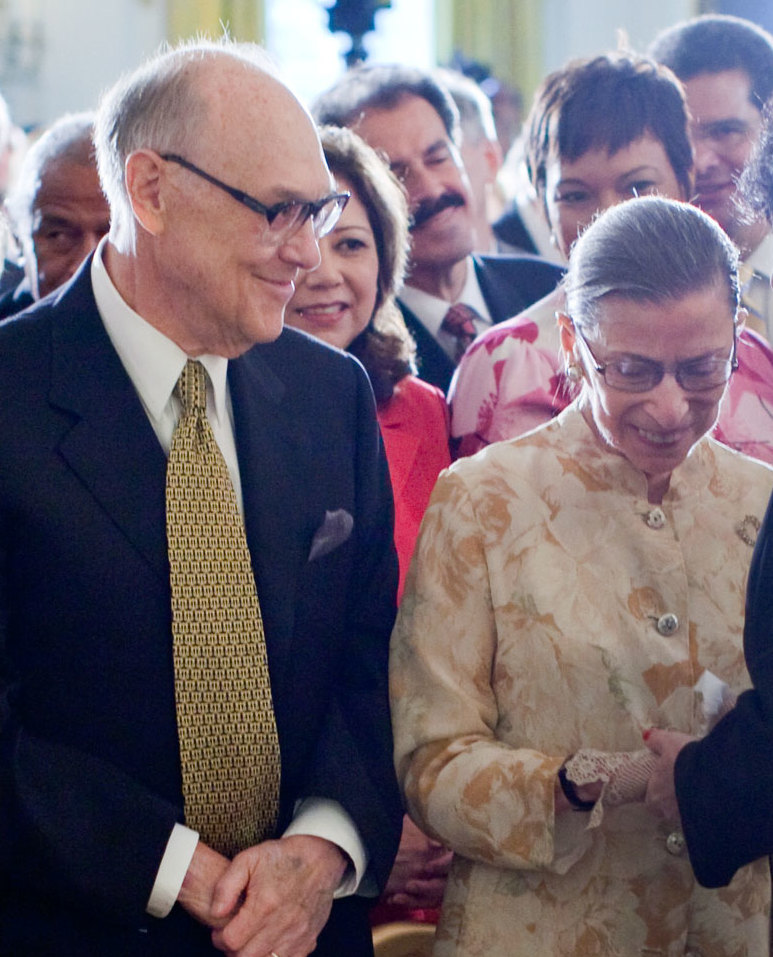 Martin and Ruth Ginsburg at a White House Event, 2009

In an announcement, the Supreme Court said the cause was metastatic cancer of the pancreas. Her death was made public just at the onset of Rosh Hashanah, the Jewish New Year. Ginsburg was surrounded by family, and at her home in Washington, D.C., when she died. Her death may significantly reshape the contours of the presidential campaign and key Senate races, as the prospect of another lifetime appointment to the court in Trump’s hands will motivate both his base and his opposition. The president, who recently has made a big show of releasing a list of names of conservatives he would appoint if a seat opens, announced shortly after news of Ginsburg’s death broke that he would move to quickly nominate a replacement. Washington will undoubtedly erupt. 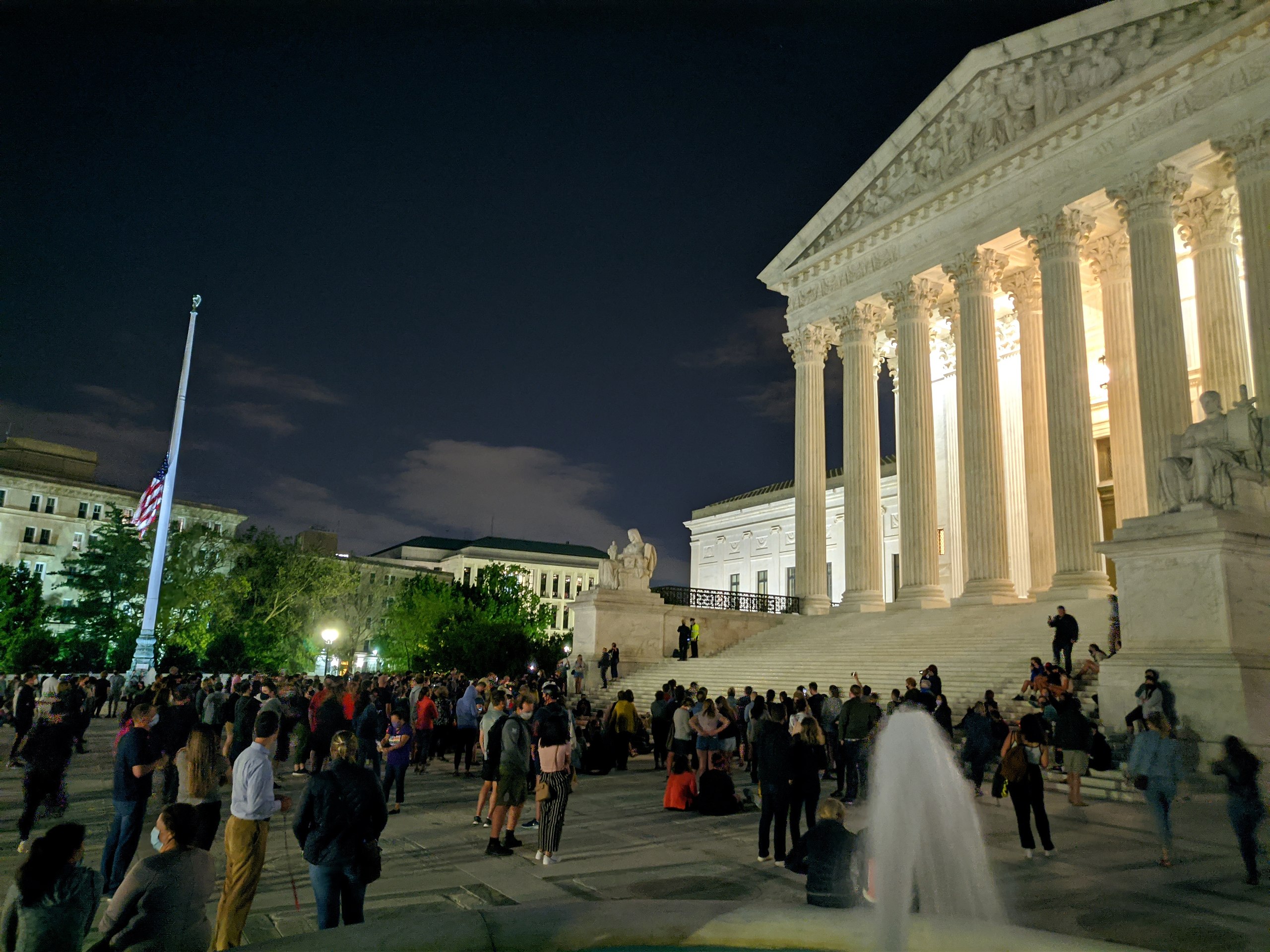 When Justice Antonin Scalia died during President Obama’s last year of office, the Senate Republicans, led by Mitch McConnell, refused to hold hearings for Obama’s nominee, Judge Merrick Garland. The Washington Post reported Friday night that McConnell said the Senate would vote on Trump’s nominee despite Ginsburg’s dying wish. Born Joan Ruth Bader on March 15, 1933, Ginsburg grew up in Brooklyn and attended the Jewish summer camp Che-Na-Wah, where in the 1948 she served as the 15-year-old “Camp Rabbi.” Her father had immigrated from Russia as a teenager and became a fur manufacturer; her mother, the daughter of Austrian immigrants, died of cancer just before Ruth graduated from high school. The family belonged to East Midwood Jewish Center. 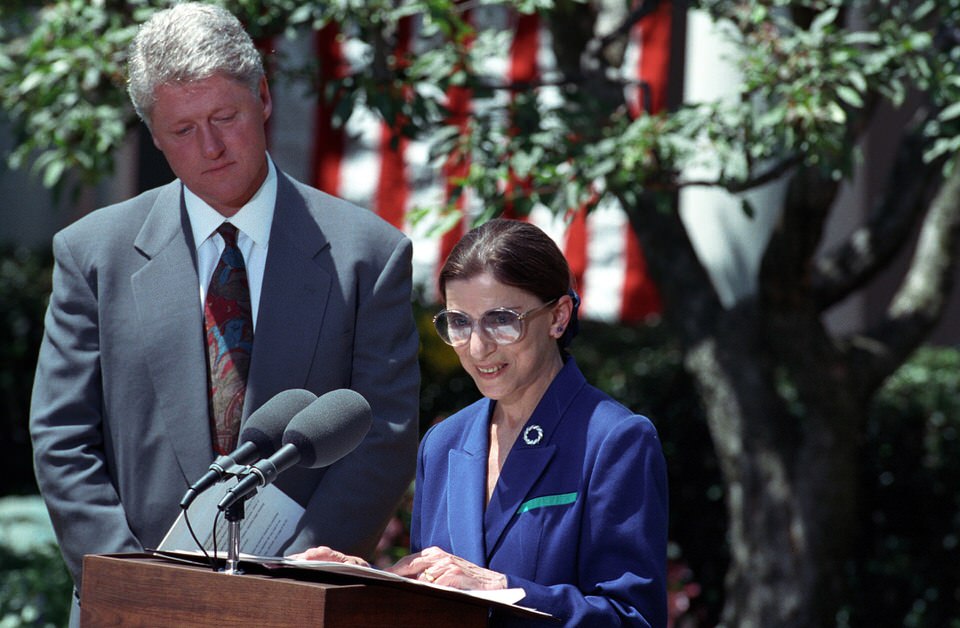 President Bill Clinton nominated her to the Supreme Court in 1993. Prior to that, she had served on the U.S. Court of Appeals for the District of Columbia Circuit. Ginsburg’s judicial career was shaped by her Jewish upbringing. “The demand for justice runs through the entirety of Jewish history and Jewish tradition,” she said in a 2004 speechcommemorating the Days of Remembrance. “I take pride in and draw strength from my heritage, as signs in my chambers attest: a large silver mezuzah on my door post, gift from the Shulamith School for Girls in Brooklyn; on three walls, in artists’ renditions of Hebrew letters, the command from Deuteronomy: ‘Zedek, zedek, tirdof’ — ‘Justice, justice shall you pursue.’” 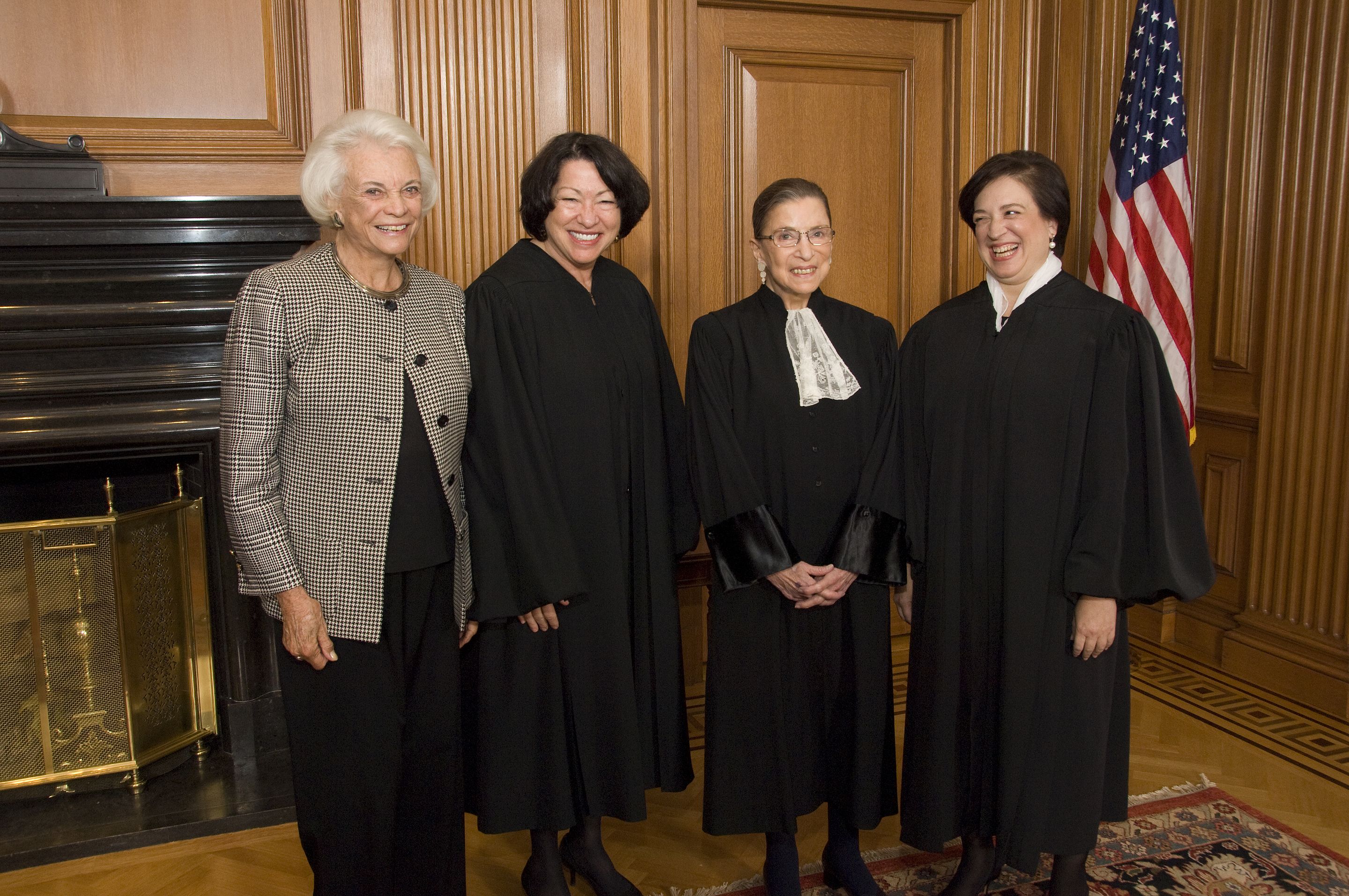 For most of her 27 years on the nation’s highest court, Ginsburg, the second woman to ascend the court — after Sandra Day O’Connor — often led from behind the scenes. But in her last decade, she became a favored figure of pop culture known as “Notorious R.B.G.” She was loved for her extraordinary insight, biting wit and trademark lace jabots.  On the opening day of the court session last fall, she wore one of her signature collars woven in silk with the same Hebrew word she displayed so prominently in her office: Zedek.

Jane Eisner, the Forward’s former editor-in-chief, wrote after interviewing Ginsburg at a Washington synagogue in 2018 that the roar that greeted the tiny justice was akin to “a Springsteen or a Streisand” and called her “the most unlikely celebrity of our time.” Ginsburg was especially beloved by older American Jews “who consider her the last bulwark against Trump-aggedon,” Eisner said, “but also among a wave of younger people — girls and women in particular — who seek her advice, dress up as her for Halloween, buy her swag, study her life, and see in her a real-life heroine on a plane high above the Washington swamp.” 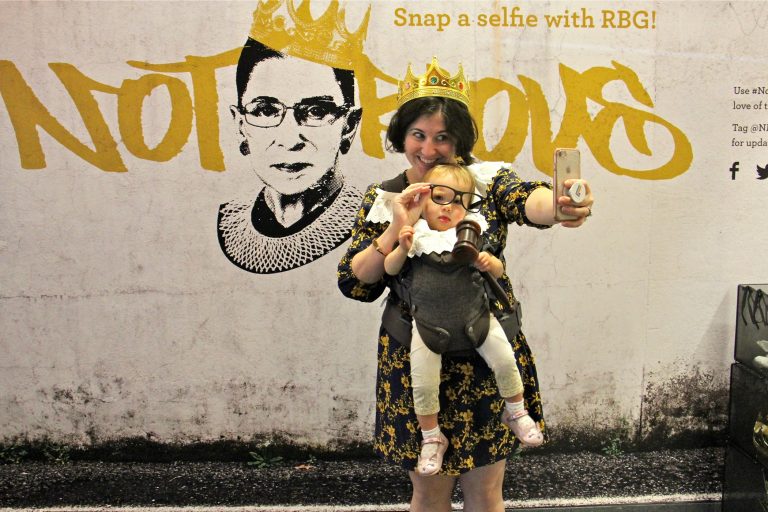 Ginsburg’s life and career mapped out the challenges and victories faced by 20th and 21st-century women. Upon graduating from Columbia Law School at the top of her class in 1959, she received no job offers. Her gender, she always said, was not the only impediment. “I had three strikes against me,” she told the writer Philip Galanes. “First, I was Jewish, and the Wall Street firms were just beginning to accept Jews. Then I was a woman. But the killer was my daughter Jane, who was 4 by then.” 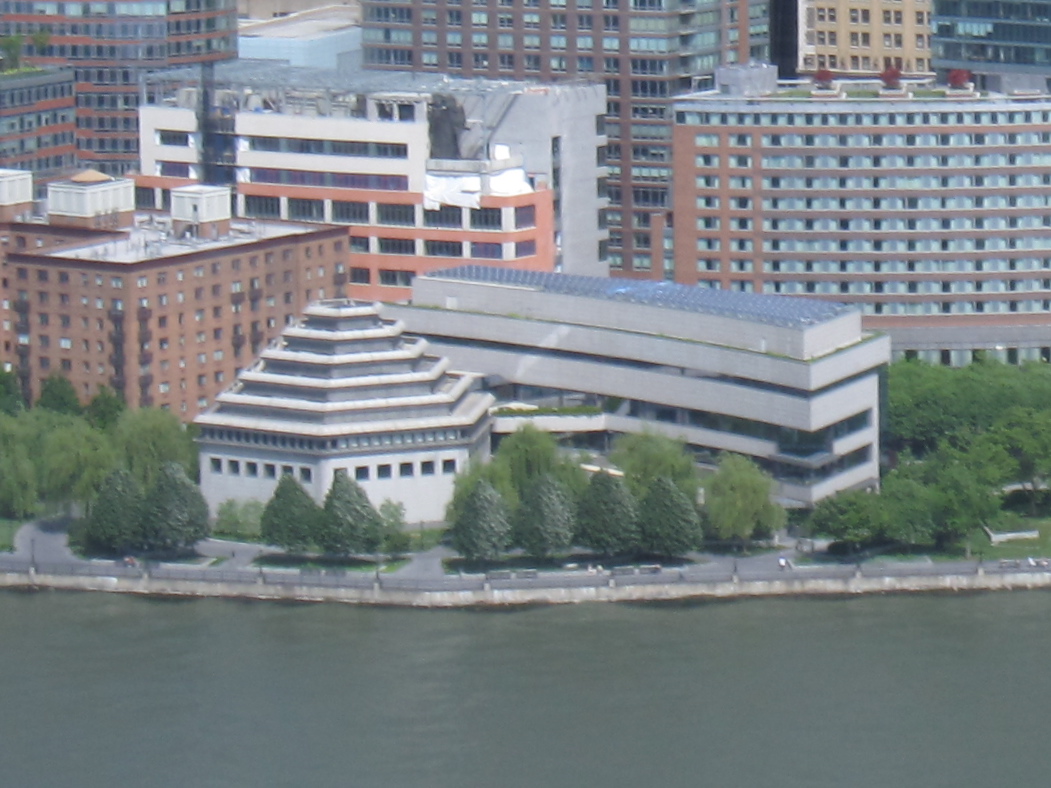 Ginsburg ended up teaching at Rutgers University Law School, and helped create the American Civil Liberties Union’s Women’s Rights Project. Her work led to the expansion of abortion rights and greater measures for gender equality; other passions included privacy law. Despite the challenges she faced as a professional woman in mid-century America, Ginsburg, who grew up in the shadow of the Shoah, was forceful about her belief in America’s promise. “I had the good fortune of being a Jew born in the United States,” she told the United States Holocaust Memorial Museum in 2006. 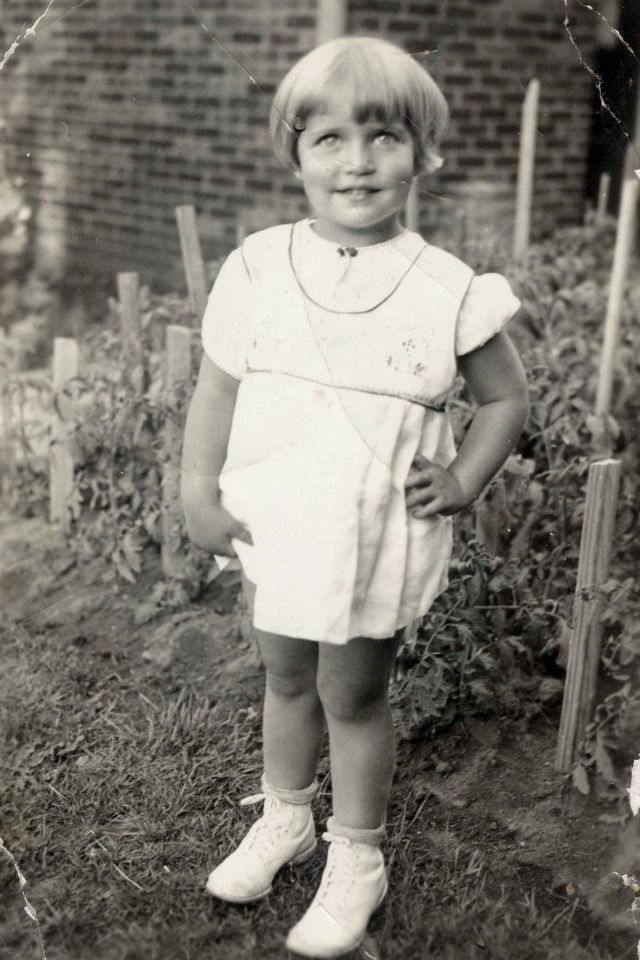 “I more than likely would not have survived the Holocaust if my mother’s family had remained in Austria,” she later elaborated. “So, that’s what I mean by my great good fortune to be in the United States, where, I think, more than any other place, despite the existence of anti-semitism, Jews can feel free to live their lives as they will, to think as they choose.” 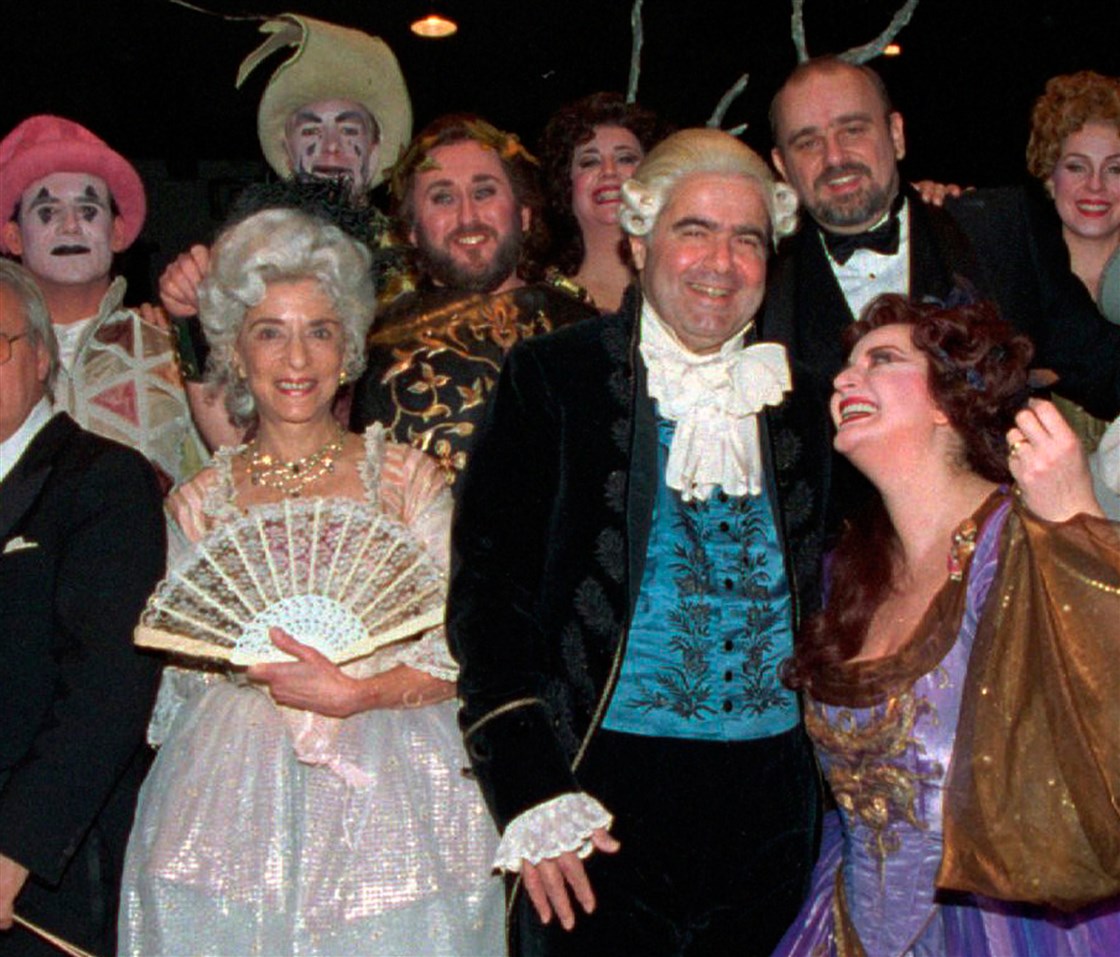 While Ginsburg’s commitment to the great American principles of liberty made its most profound showing in her work, it also manifested in her personal life, notably in her friendship with Justice Scalia. Their connection often raised eyebrows: How could one of the court’s most liberal justices possibly maintain a bond with one of her most conservative counterparts? Yet friends they were, close ones, drawn together by a deep love of opera and an even deeper love of debating each other. And why not? Both believed in the fundamental freedom to voice their opinions as they pleased, and both respected the ways in which the other made use of that freedom. “We were best buddies,” she wrote after his death. 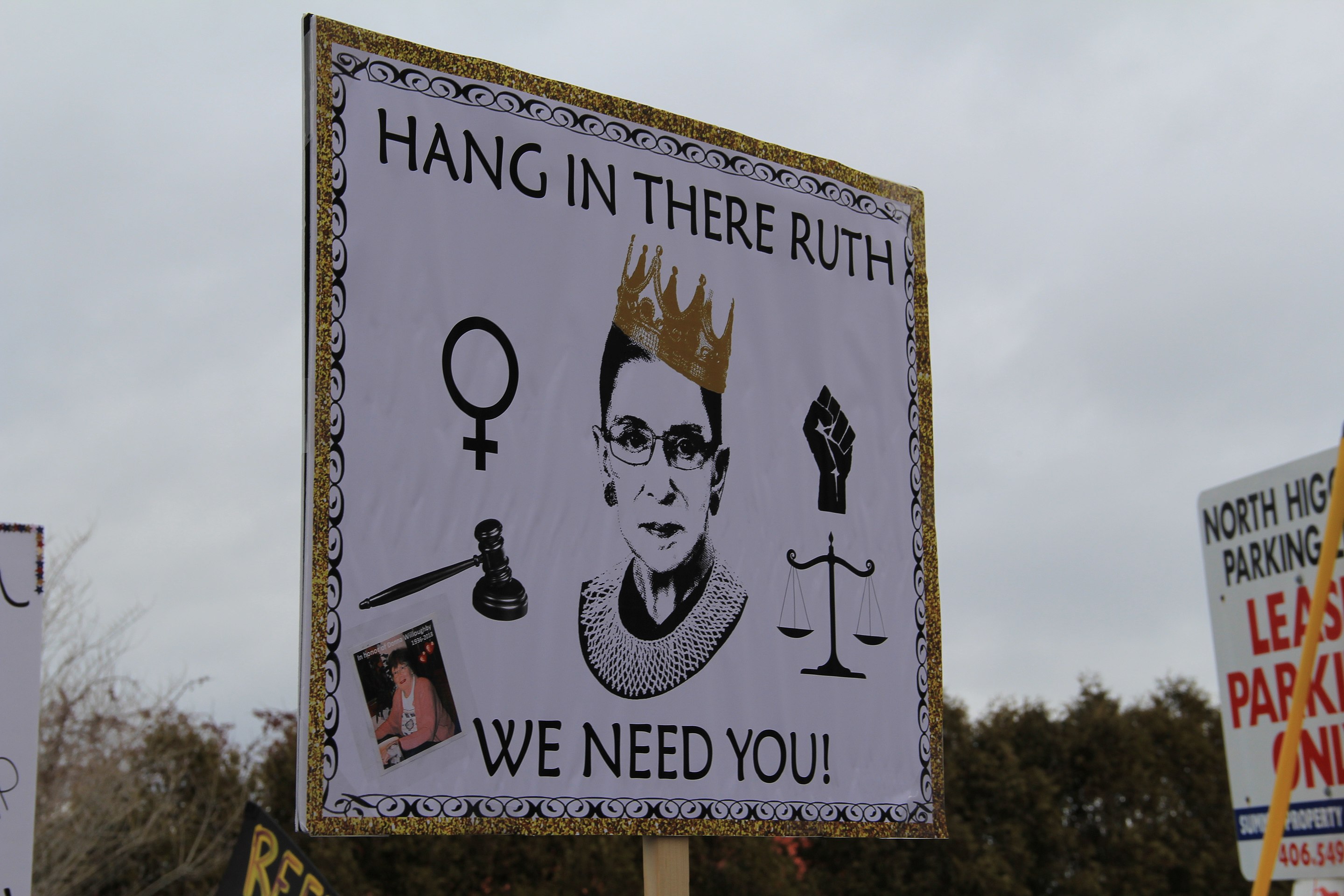 After being diagnosed with colon cancer in 1999, Ginsburg was first diagnosed with pancreatic cancer in 2009. She spent nearly a decade in remission, then began a new struggle in 2018, when, while in the hospital following a fall, cancerous cells were found in her lungs. The following summer, a tumor was found in her pancreas. Ginsburg famously kept up with much of her grueling workout routine throughout her course of treatment, doing push-ups, planks — ”front and side,” she clarified — and weight-bearing exercises. In January 2020, she was declared cancer free. But the relief was brief. In July, it was announced that Ginsburg’s cancer had returned. Throughout her illnesses, the justice remained hopeful and determined. 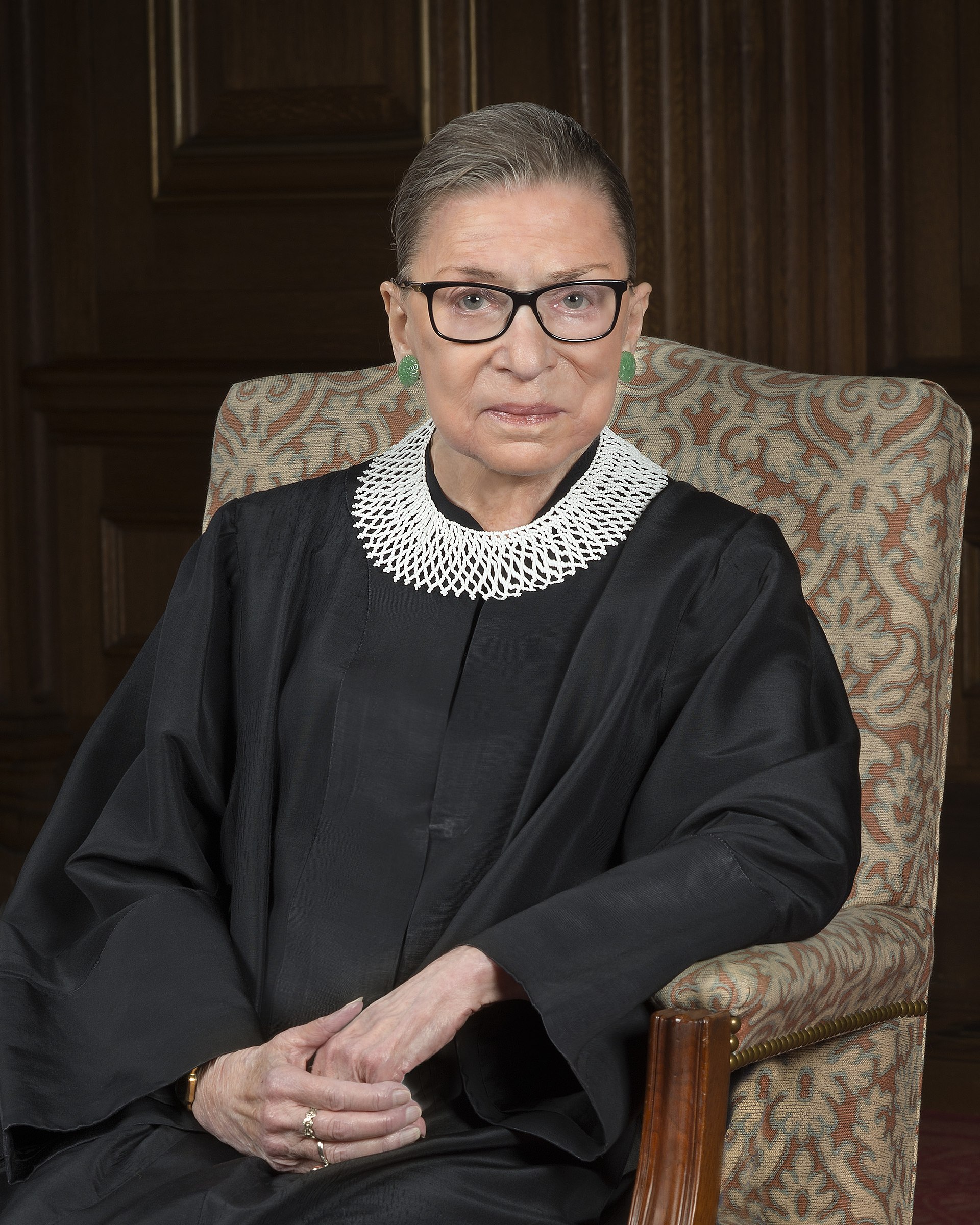 “I have often said I would remain a member of the court as long as I can do the job full steam,” Ginsburg said in a statement following her July diagnosis. “I remain fully able to do that.” 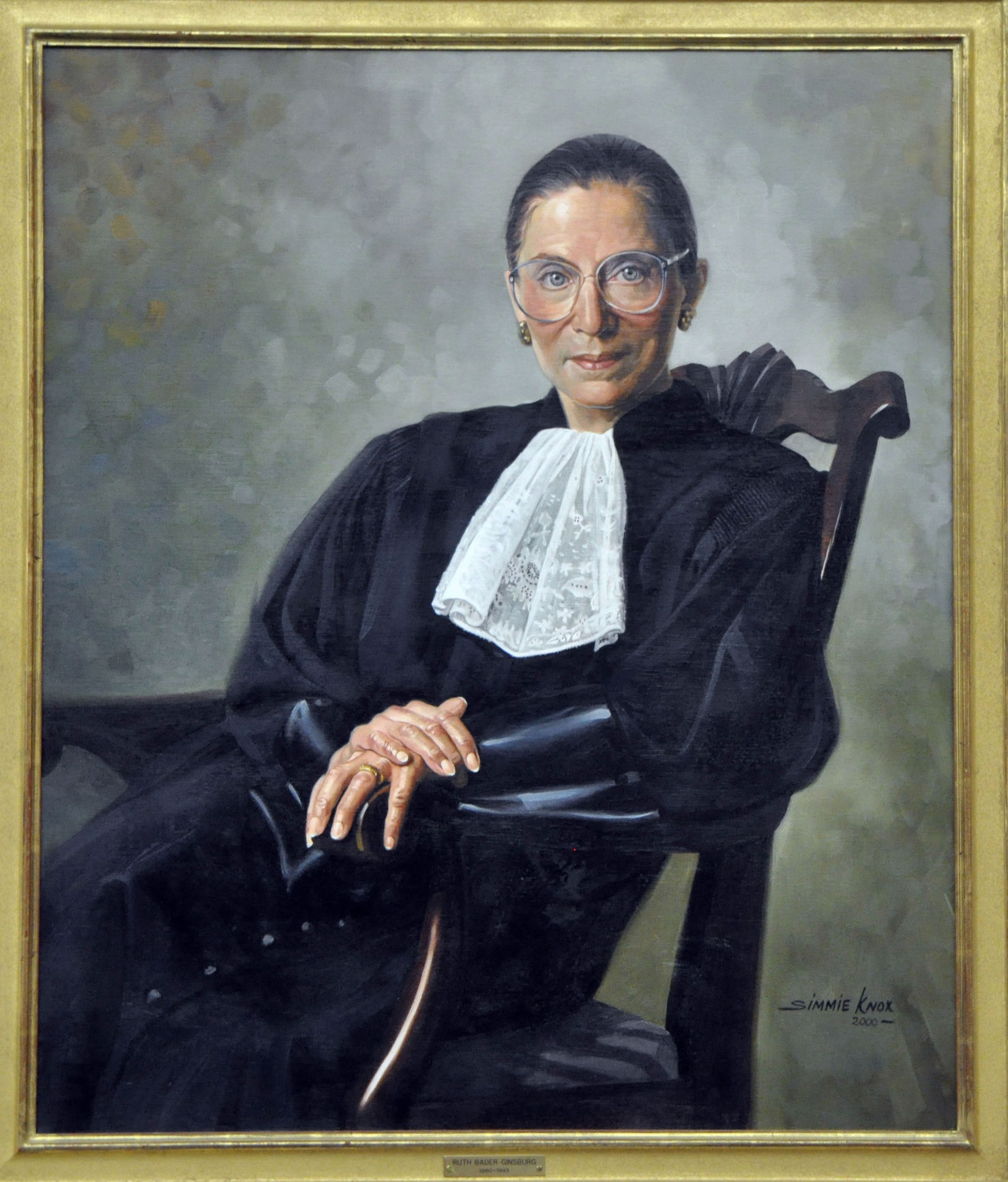 Sixty years ago, Ruth Bader Ginsburg applied to be a Supreme Court clerk. She’d studied at two of our finest law schools and had ringing recommendations. But because she was a woman, she was rejected. Ten years later, she sent her first brief to the Supreme Court — which led it to strike down a state law based on gender discrimination for the first time. And then, for nearly three decades, as the second woman ever to sit on the highest court in the land, she was a warrior for gender equality — someone who believed that equal justice under law only had meaning if it applied to every single American. 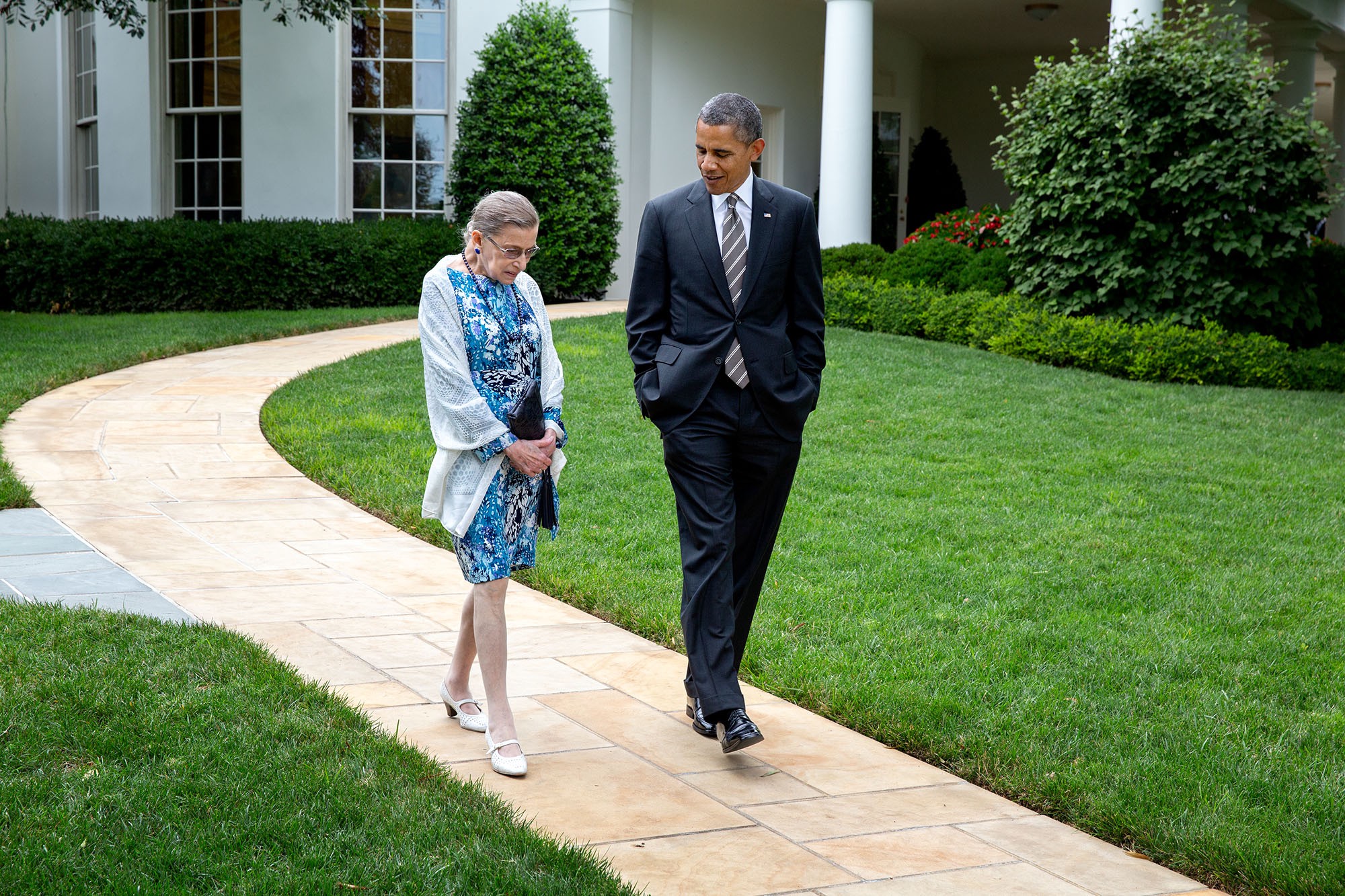 Over a long career on both sides of the bench — as a relentless litigator and an incisive jurist — Justice Ginsburg helped us see that discrimination on the basis of sex isn’t about an abstract ideal of equality; that it doesn’t only harm women; that it has real consequences for all of us. It’s about who we are — and who we can be. Justice Ginsburg inspired the generations who followed her, from the tiniest trick-or-treaters to law students burning the midnight oil to the most powerful leaders in the land. Michelle and I admired her greatly, we’re profoundly thankful for the legacy she left this country, and we offer our gratitude and our condolences to her children and grandchildren tonight. 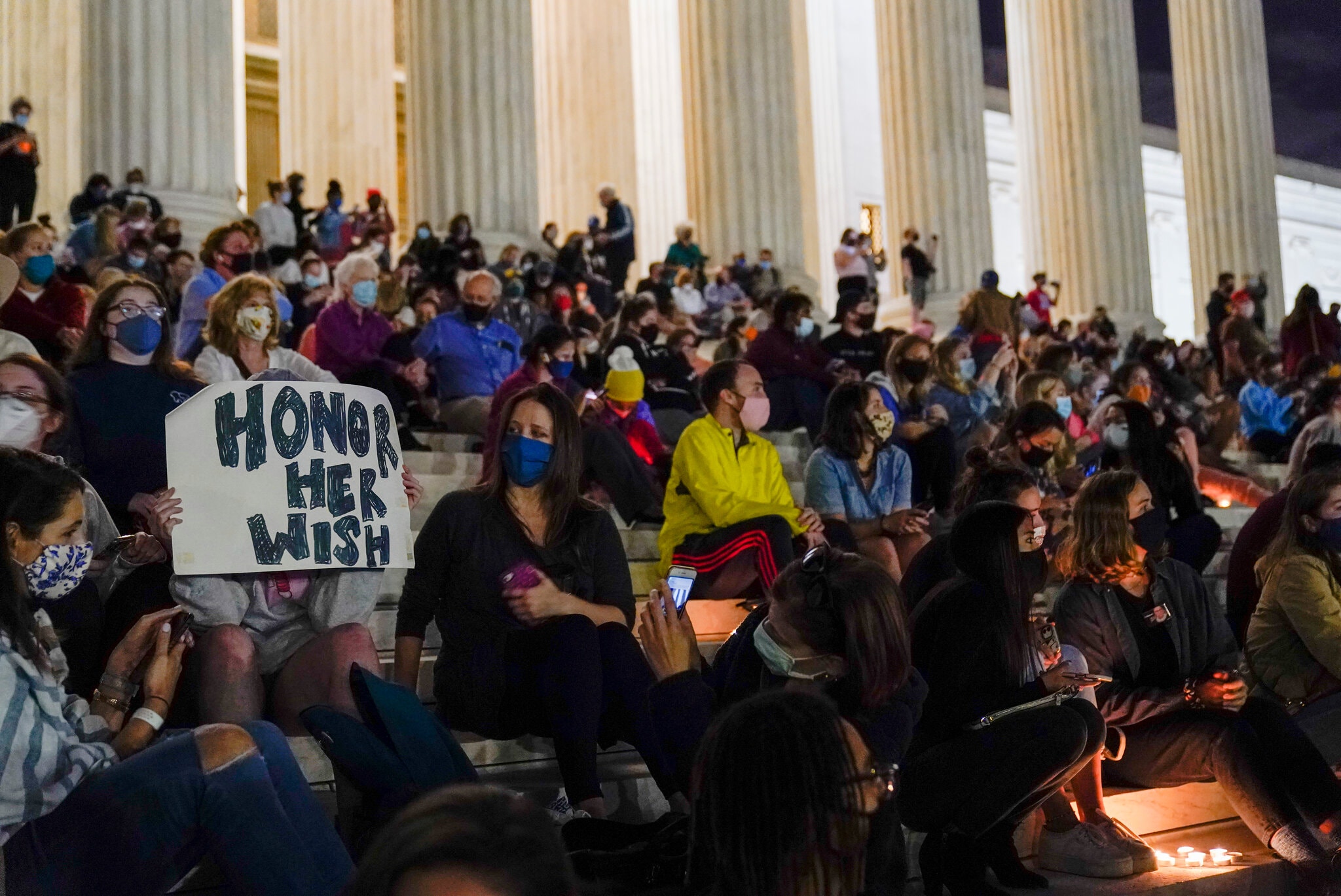 Ruth Bader Ginsburg fought to the end, through her cancer, with unwavering faith in our democracy and its ideals. That’s how we remember her. But she also left instructions for how she wanted her legacy to be honored. Four and a half years ago, when Republicans refused to hold a hearing or an up-or-down vote on Merrick Garland, they invented the principle that the Senate shouldn’t fill an open seat on the Supreme Court before a new president was sworn in. A basic principle of the law — and of everyday fairness — is that we apply rules with consistency, and not based on what’s convenient or advantageous in the moment. The rule of law, the legitimacy of our courts, the fundamental workings of our democracy all depend on that basic principle. As votes are already being cast in this election, Republican Senators are now called to apply that standard. The questions before the Court now and in the coming years — with decisions that will determine whether or not our economy is fair, our society is just, women are treated equally, our planet survives, and our democracy endures — are too consequential to future generations for courts to be filled through anything less than an unimpeachable process. 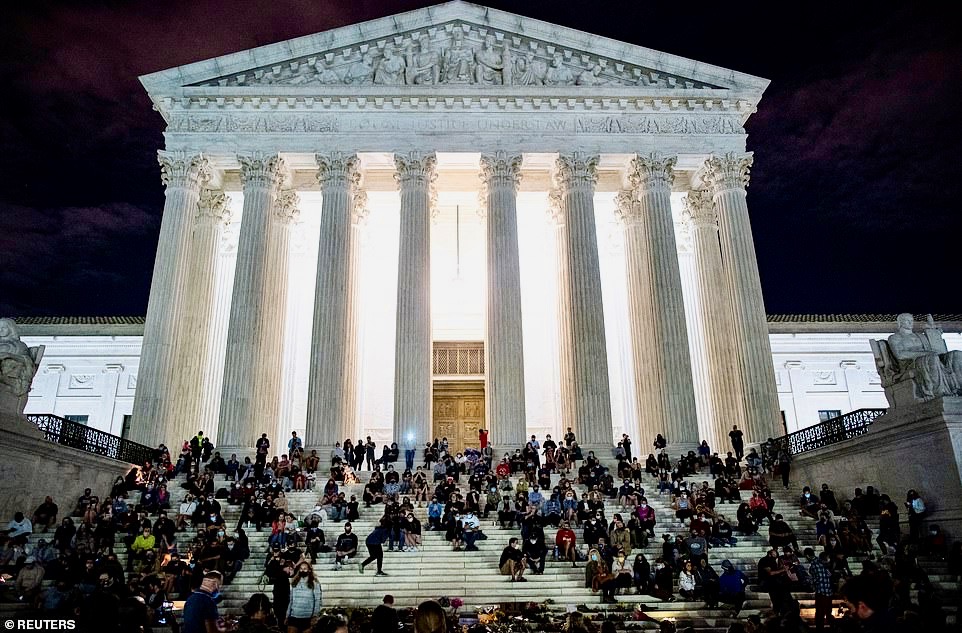 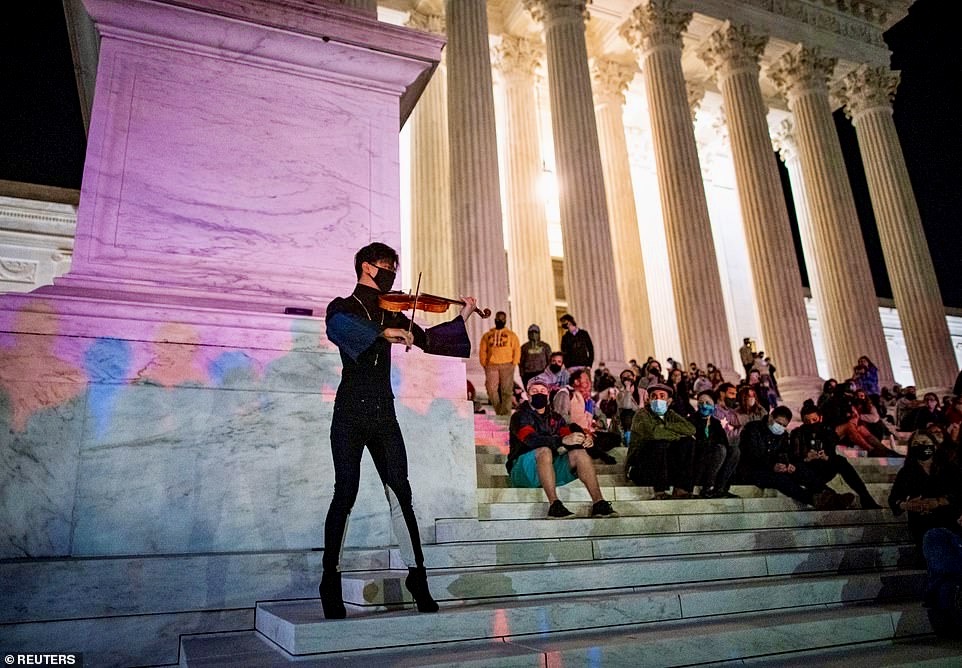 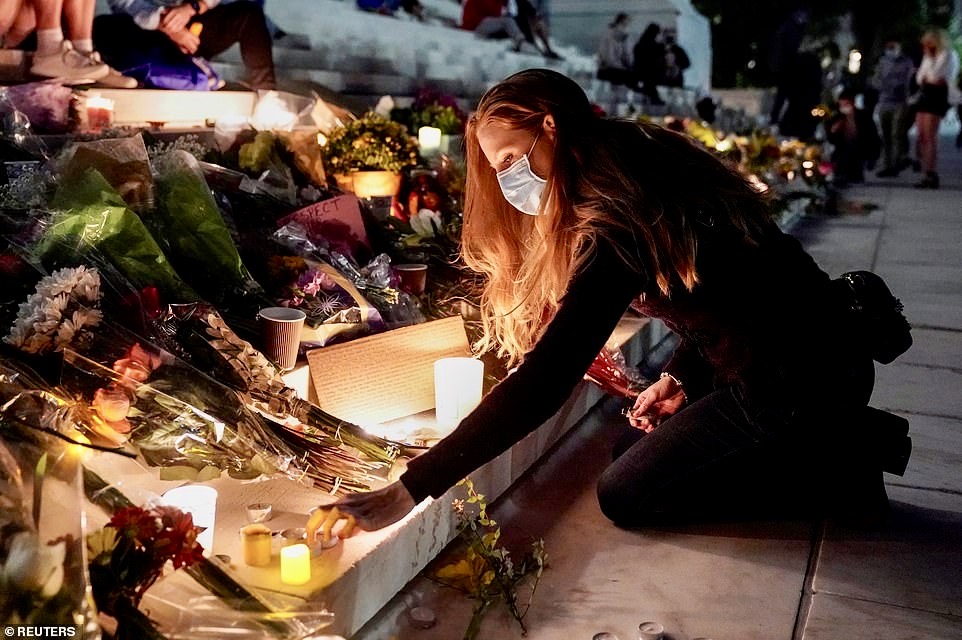 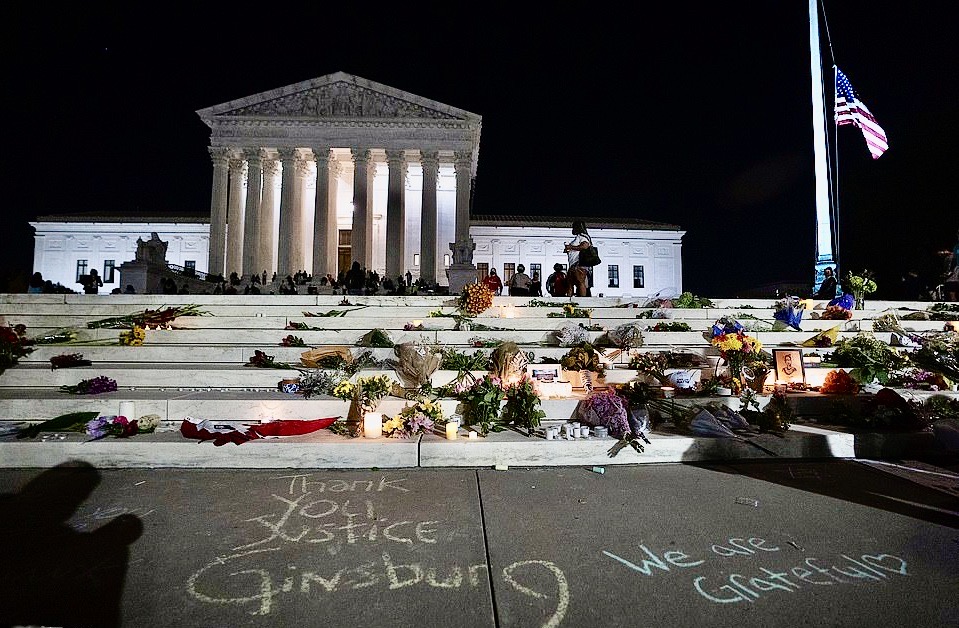 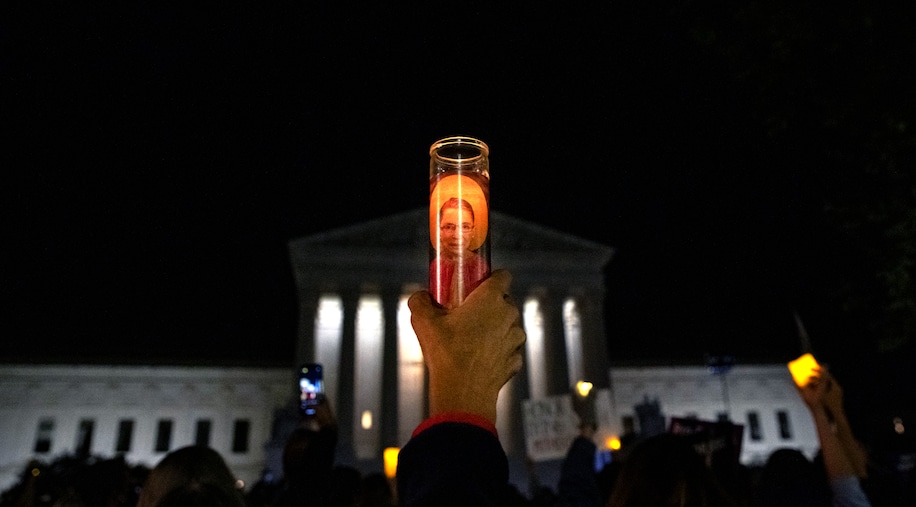 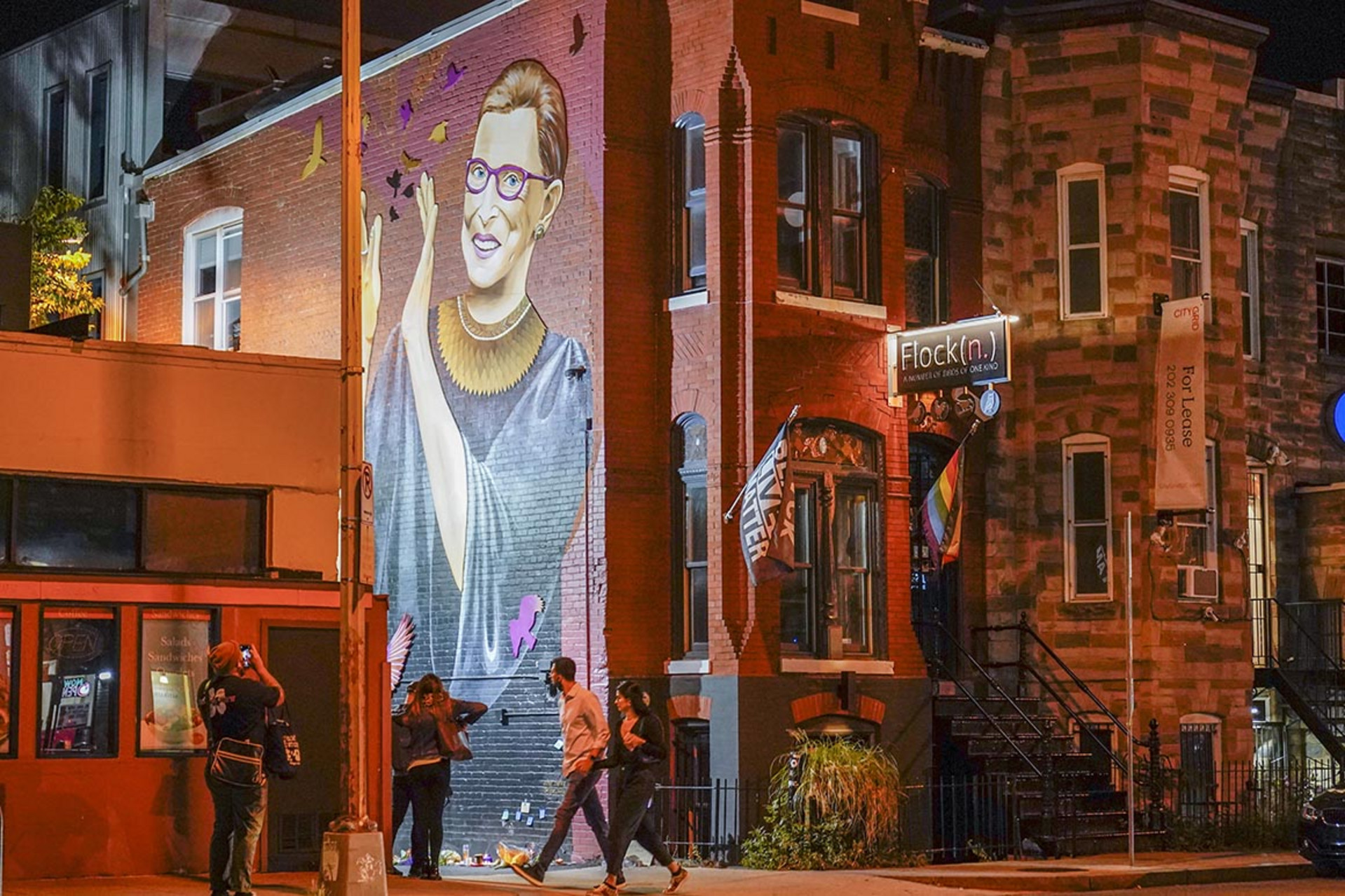 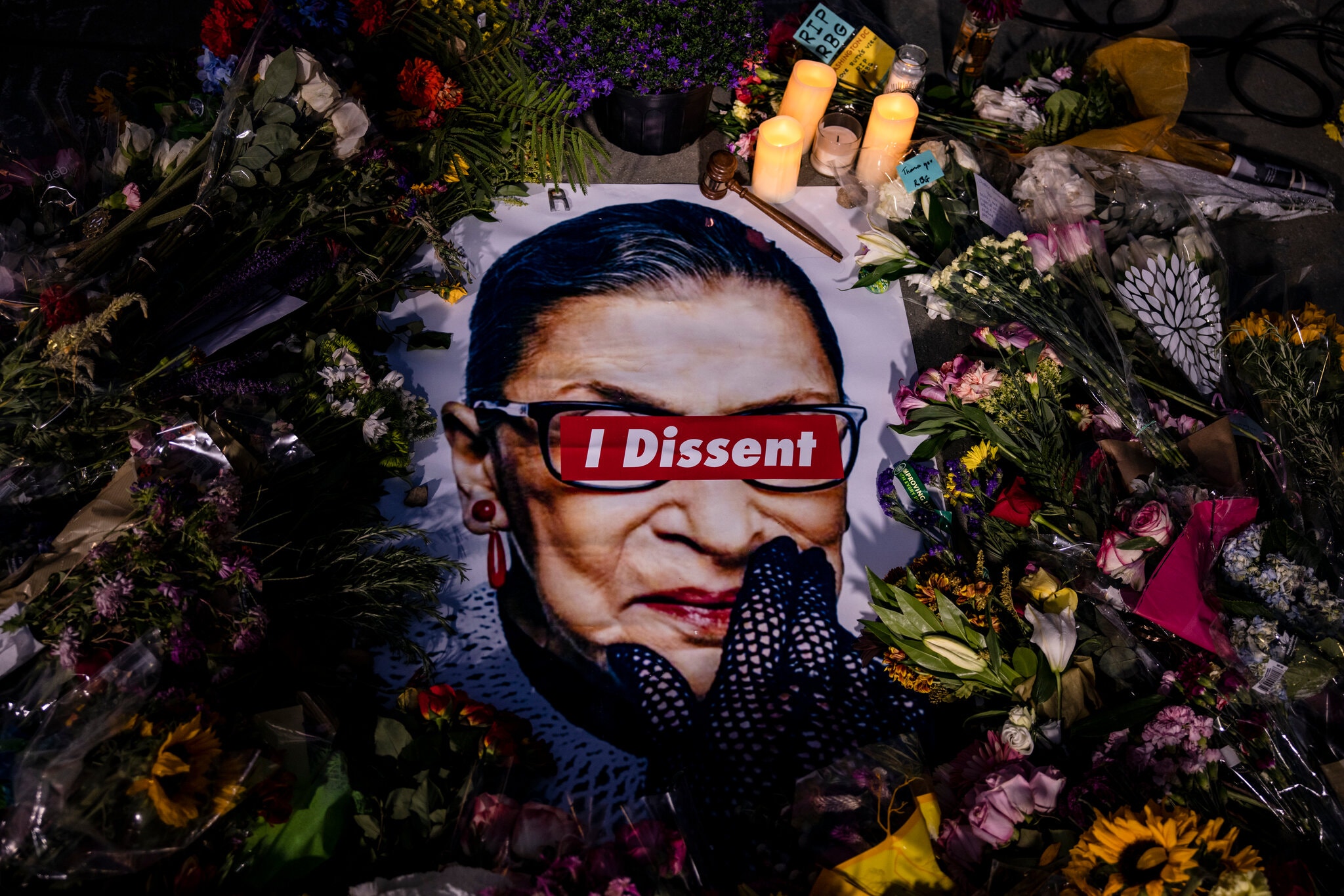 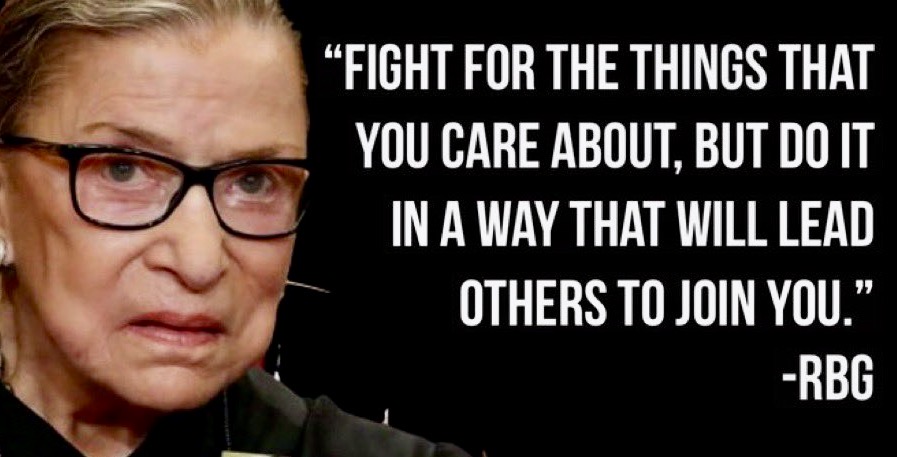