Kenneth Felts Decided to Come Out as Gay at Age 90

Kenneth Felts spent his entire life in the closet. But at 90 years old, he felt ready to come out. Since the age of 12, when he first knew he was gay, Felts said, he had been living a double life, battling between dueling identities. There was Ken, his outward-facing straight self, and then there was his alter ego, whom he referred to internally as Larry, a gay man he spent nearly eight decades stifling. “I learned from the Bible not to be gay. I was planning to take this secret to the grave with me,” said Felts, who lives in Arvada, Colo., and grew up in a religious Christian family. “I could not reconcile these two parts of me,” Felts said. “For a long time, Ken did a pretty good job of keeping Larry at bay.” 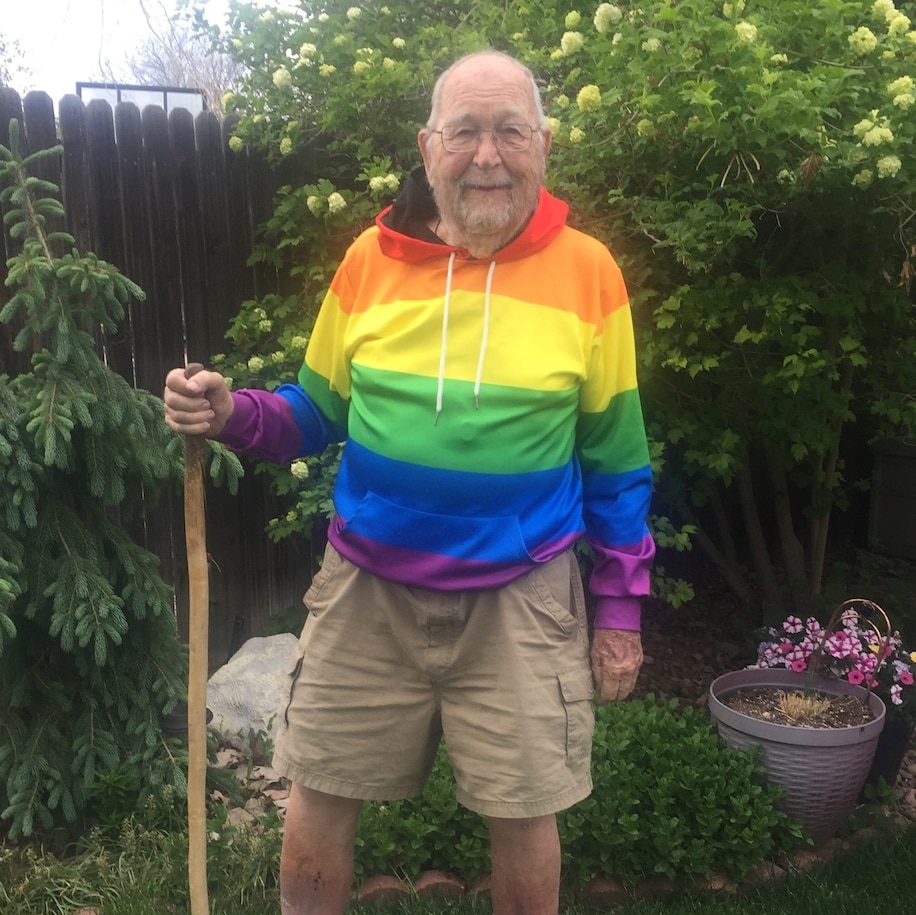 “He’s Just so Brave and he Doesn’t even Realize that He Is, But It’s Extraordinary,” his Daughter Says

But amid the pandemic and the isolation that ensued, Felts started writing about his life to pass the time. While penning his memoir, Felts said, he “awakened many soul-searing memories of my early life.” Mostly, he wrote about his one true love, Phillip.  In the late 1950s, Felts met Phillip in Long Beach, Calif., where they both worked for a retail credit company. “We instantly fell in love,” Felts said. At the time, Felts was 29 and suppressing his sexuality. But a whirlwind romance with Phillip drove him to temporarily embrace being gay, and the couple moved in together. For more than a year, they had a happy, but secret, relationship, until Felts decided he needed to live his life as a straight man and stifle Larry for good. “I knew it would be easier that way,” said Felts, who said that coming out during the ’60s terrified him. “There was no support or community for gay people at that time,” Felts said. “Gay people coming out in the ’50s and ’60s were on their own. There were no support groups like we have today, and the general public attitude was opposed to gay people.” 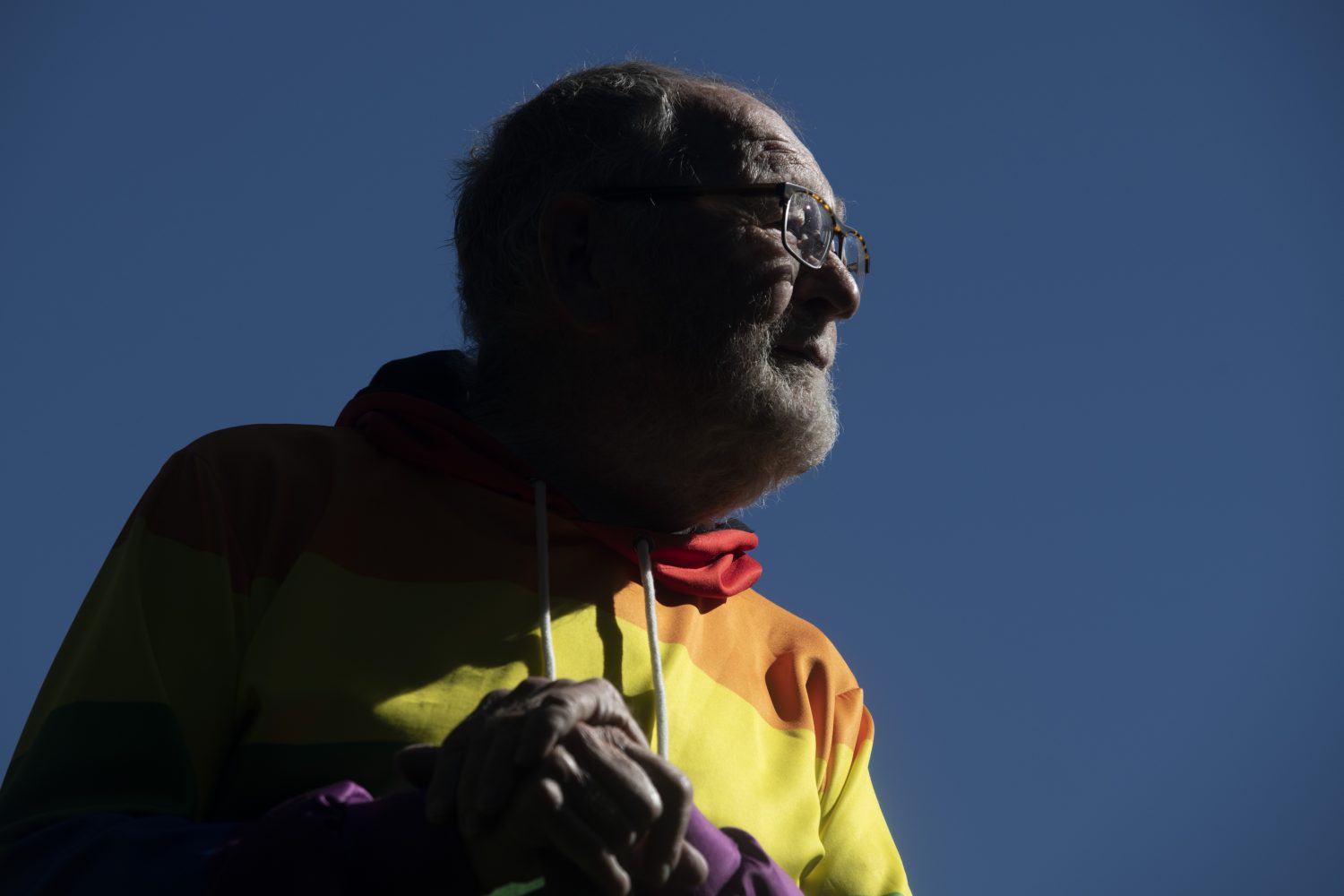 So he left and didn’t speak to Phillip again.  “That was a big mistake,” Felts said.  He went on to live a straight life: He married a woman, whom he divorced, had a child and spent 30 years working for the Colorado Division of Rehabilitation as a counselor and supervisor. All the while, he pushed down his feelings of being attracted to men. But as he chronicled his life story, he realized that the side of him he had long repressed was yearning to break free, he said. In late May, he told his daughter, who had the exact same conversation with her father 20 years ago, though the roles were reversed. “I was definitely afraid to come out to him,” said Rebecca Mayes, 48. “He was not pleased. The one thing I can remember him saying was that it won’t last more than six months.” 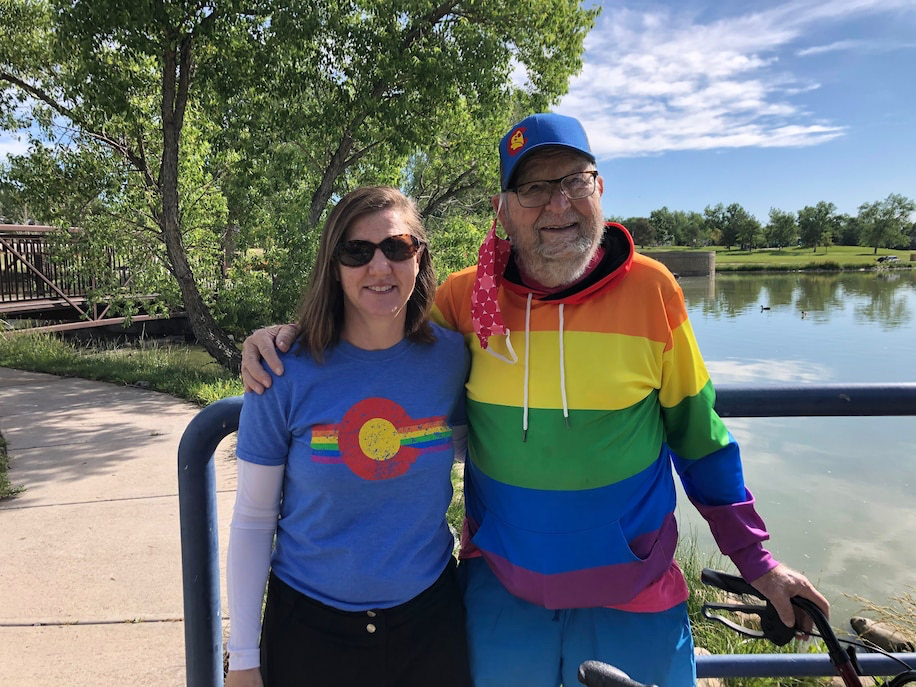 In hindsight, though, Mayes said, “he was really just trying to protect me from the things that he was so afraid of in society as a gay person, from friendships to job opportunities.” Eventually he grew to accept his daughter’s sexuality, and the father-daughter pair became particularly close when Felts was diagnosed with lymphoma last fall. After several rounds of chemo and medication, his most recent scans were cancer-free. Mayes and Felts said the cancer, in conjunction with the coronavirus, propelled him to finally face his truth. “I could tell he was really taking the isolation hard,” Mayes said. “Over the phone, he told me about all these old memories and how he lost his one chance at true love, but he never said if it was a male or female.” Later that night, Felts emailed his daughter and told her about Phillip. “My daughter’s opinion of me was the only one that mattered,” Felts said. “I was surprised that he came out, but I wasn’t surprised that he was gay,” Mayes said. “I am so proud of him and so happy for him. He’s still carrying some regret and guilt, but I think the healing has started.” 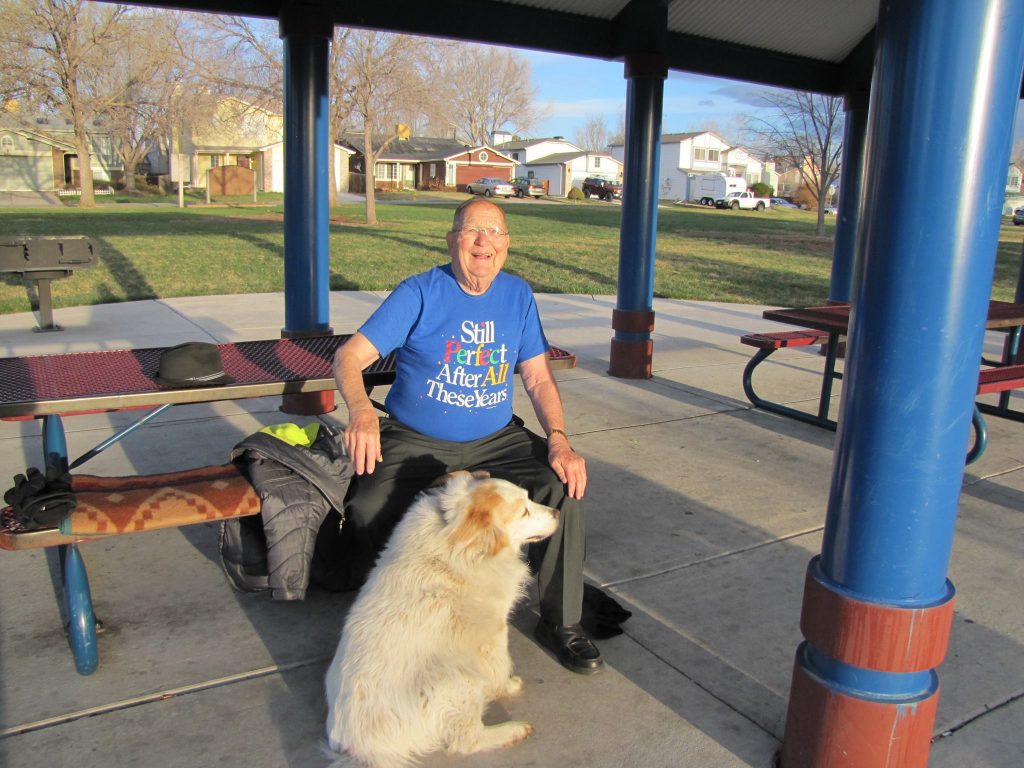 Kenneth Felts with His Dog in Colorado

After telling his daughter, Felts decided to come out to the world. He posted on June 5 to his Facebook page and emailed friends and family. “The message here is that I am free, I am gay, and I am out,” he wrote. The torrent of positive support, he said, was completely overwhelming. “I have had so much support and love,” Felts said. “I didn’t realize how much this secret ruled my life until I finally came out.” Despite only recently coming out as gay, Felts said, he’s been searching for Phillip since his divorce 40 years ago. “I called every Phillip in the California phone book,” Felts said. He never managed to find his long-lost love, but after sharing his story publicly, he learned that Phillip, who lived his life as a gay man, died two years ago. “I loved him so much all through these years, and now he is gone,” Felts said. “I’m heartbroken.” 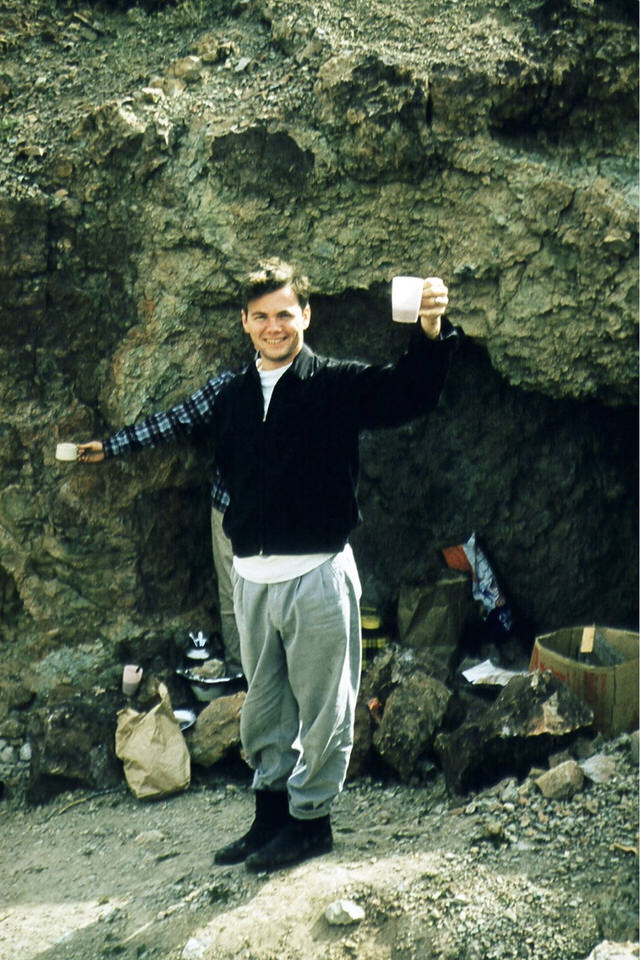 One of the loving and wonderful people who has been reading my messages on my coming out and search for Phillip undertook to locate him for me. She spent many hours and finally had a report for me. I have summarized that report below. Phillip Allen Jones was the love of my life. I have a very sad and lonely heart today. My first and greatest love has passed away. He lived a full and happy life I am told by his niece. His partner of many years passed just a few years ago and Phillip remained alone for the rest of his life. I feel I shared with him the best years of his youth and he certainly made mine memorable and I will always remember and appreciate that. I loved him in my heart so much over the years and now he is gone. It is so terribly frustrating to be so close to and yet not reach my lost love and horribly painful to not be able to say good-by. But the whole world now knows what a loving man he was with me and to me while we were together. My heart has turned to stone and I need my tears to wash away my sorrow. Rest in Peace Phillip. 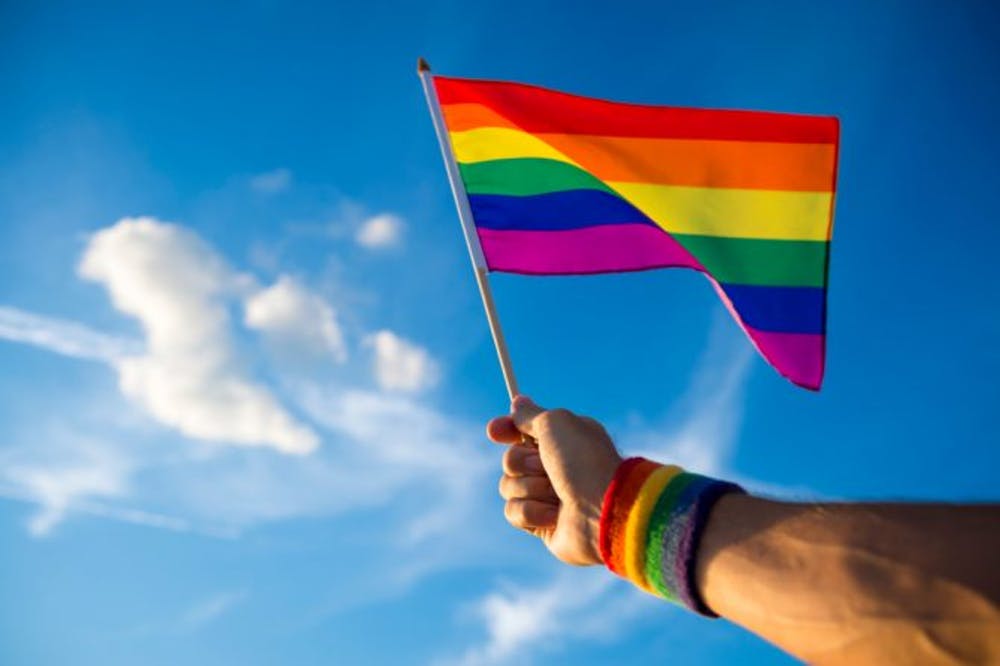 Still, Felts said, he is glad the world now knows about their relationship and what a loving man Phillip was to him for the short time they were together. In Phillip’s memory, Felts said, he will embrace his sexuality for as long as he has left. He flooded his wardrobe with rainbow-colored clothing, purchased a pride flag and even put a blue streak in his hair. Felts said that since coming out a few weeks ago, a weight has been lifted and he finally feels free. 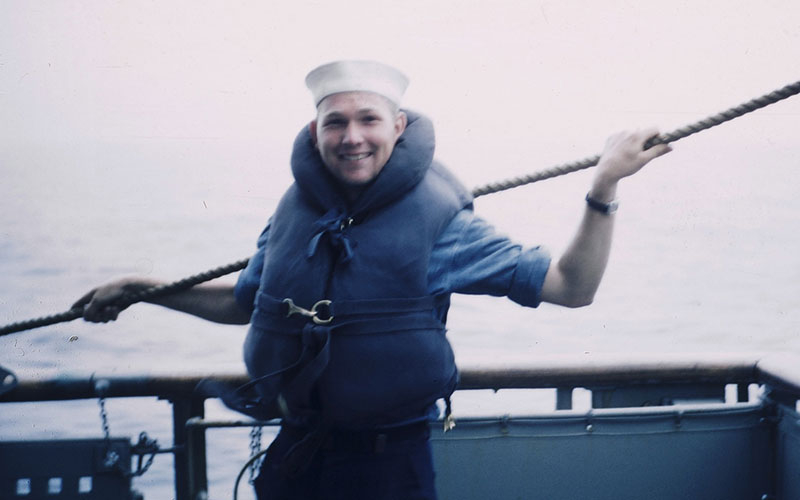 Kenneth Felts on a Guided Tour to Korea in 1951

Mayes and her wife, as well as their two children, are thrilled with Felts’s decision to come out publicly and encouraged him to get involved in the LGBTQ+ community during Pride Month. Felts now attends weekly virtual senior coffee group meetings facilitated by the Center on Colfax, a LGBTQ+ group, and participated in the 2020 Denver Pride Virtual 5K on June 20. “As long as I was in the closet, all of my decisions — both conscious and subconscious — were guided by not wanting people to know I was gay,” Felts said. “All of that is gone. It feels like a load has been lifted.” Although the median age at which people come out is 20, Felts said that it is never too late to embrace who you really are, and that he hopes his story will give other people the courage to come out. “I’m going to live the Larry life from now on,” he said. 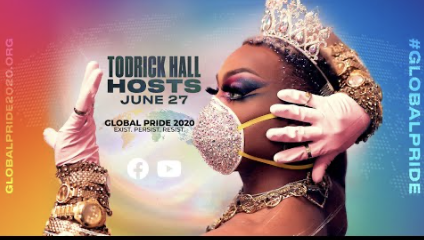