Remains of 60 Mammoths Discovered in Mexico

Last year, archaeologists discovered huge earthen pits dug by humans some 15,000 years ago in an area just north of Mexico City. Inside those pits were the remains of more than a dozen woolly mammoths, some of which showed signs of being butchered. This discovery led researchers to hypothesize that these pits were in fact traps laid by human ancestors to capture huge, prehistoric prey. In 2020, another mammoth graveyard has been found just six miles away, though archaeologists so far see no signs of human involvement in the demise of the roughly 60 mammoths that have been unearthed. 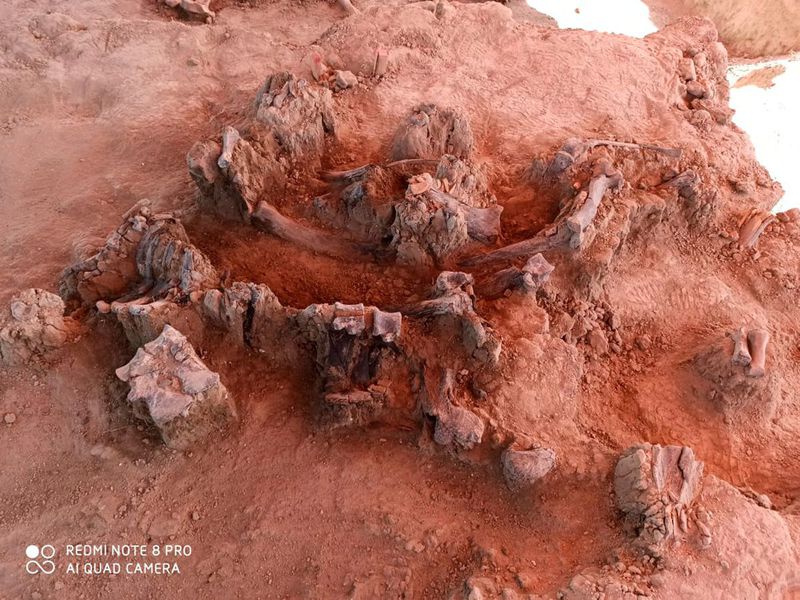 The glut of mammoth bones are spread across three sites. One of the sites is situated at what was once the muddy shoreline of an ancient lake called Xaltocan that has long since dried up.

The bones of roughly 60 mammoths were discovered north of Mexico City during the construction of a new airport. Here an archaeologist works on one of the specimens. Archaeologist Pedro Francisco Sánchez Nava of the INAH says in the statement that the mammoth skeletons found on the former shoreline of Xaltocan were better preserved than those excavated from what would have been the lake’s deeper waters. The shoreline contingent, which included adult males as well as females and their offspring, may have gotten stuck in the mud of the shallows after being lured in by its lush reeds and grasses, Sánchez Nava tells the AP. Mammoths could mow down roughly 330 pounds of greenery every day, and Xaltocan would have been “like paradise for them,” Sánchez Nava explained.

So far, researchers have found no signs of the animals having been butchered by humans, but, per the statement, Sánchez Nava says the possibility that humans took advantage of the heavy animals once they got stuck in the mud has not been ruled out. Going a step further, Sánchez Nava tells the AP that ancient human hunters might have used the lake muck to their advantage. “It’s possible they may have chased them into the mud,” he tells the AP, adding that “they (ancient humans) had a very structured and organized division of labor” for obtaining mammoth meat. The discovery has the potential to reshape how frequently our ancestors dined on the woolly pachyderms. “They used to think it was very chance, sporadic,” Sánchez Nava tells the AP. “In fact, it may have been part of their daily diet.”

What Really Killed Off the Woolly Mammoth?

What caused woolly mammoths to die-off so quickly? New evidence suggests an unfavorable climate may have contributed to a loss of grazing habitats, which eventually drove them to extinction. The vast majority of woolly mammoths (Mammuthus primigenius) went extinct around 10,000 years ago at the end of the last ice age, but a population in the hundreds managed to eke out an existence on Wrangel Island off the coast of Russia until around 4,000 years ago. The dig in Mexico began in October, and all signs seem to point to the final tally of mammoth remains continuing to grow. “There are too many, there are hundreds,” Sánchez Nava said. With the current count at 60, the excavation has so far produced around 10 mammoths a month, which Sánchez Nava tells the AP may continue. The dig is scheduled to end in 2022, when the airport’s construction is expected to finish.

The Columbian mammoth vanished at the end of the last Ice Age. But recent research suggests that a population of woolly mammoths endured in the Arctic on what is now Russia’s Wrangel Island until as late as 2000 BC, meaning some were still slogging about as the first Egyptian pyramids were being built. It is unclear what killed off the mammoths and other megafauna. Some speculate about a calamitous meteorite strike. But experts tend to believe it was a lethal combination of habitat loss due to climate change as the glaciers retreated and human depredation. “We suppose that there were terrible droughts,” Manzanilla said. “Perhaps the conditions changed, there was little rain, and without the rain there was no grass, no food.”

Digging at the airport site has also turned up the bones of lone-gone American camels, horses, bison and fish — along with a partial claw of a bear or a large feline. 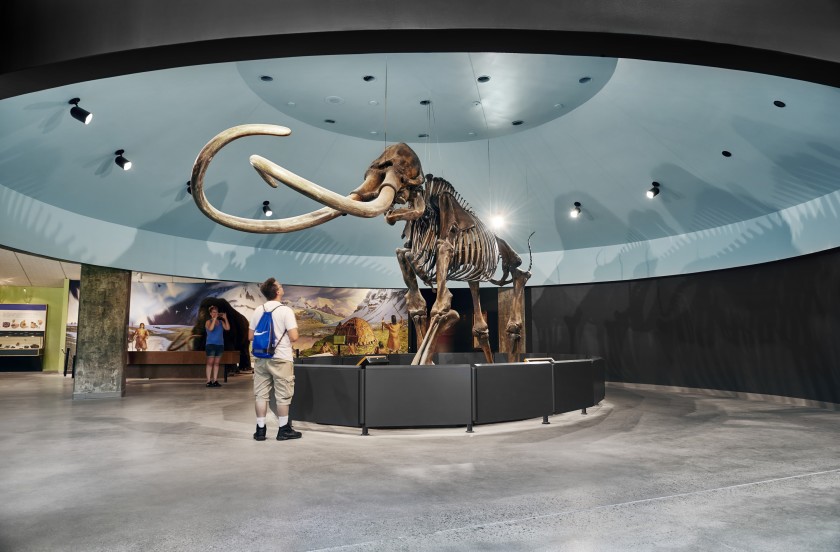 A Columbian Mammoth on Display at the George C. Page Museum at the La Brea Tar Pits in Los Angeles

Mexican officials have ambitious plans to continue excavation, preservation and study of the mammoth bones, which are to be housed in a museum at the new airport. The exhibit would trace the site’s evolution from habitat of a late-Pleistocene menagerie to homeland of various pre-Columbian cultures to its colonial incarnation, when the zone housed a Jesuit foundation before the crown expelled the Catholic order from Mexico in 1767. Authorities say the digs have not slowed the construction of a terminal building and other facilities at the new airport, which is scheduled to open in 2022. The discoveries here present a rare opportunity to “recover more than 20,000 years of history,” said Joaquín Arroyo Cabrales, a paleontologist working on the project. “And perhaps understand better the causes of extinction ... and the possible human interactions with these animals.” 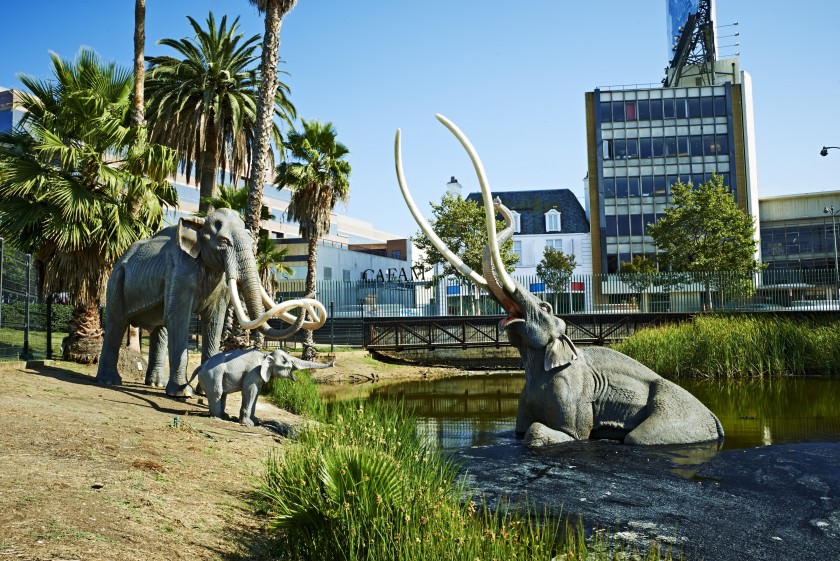