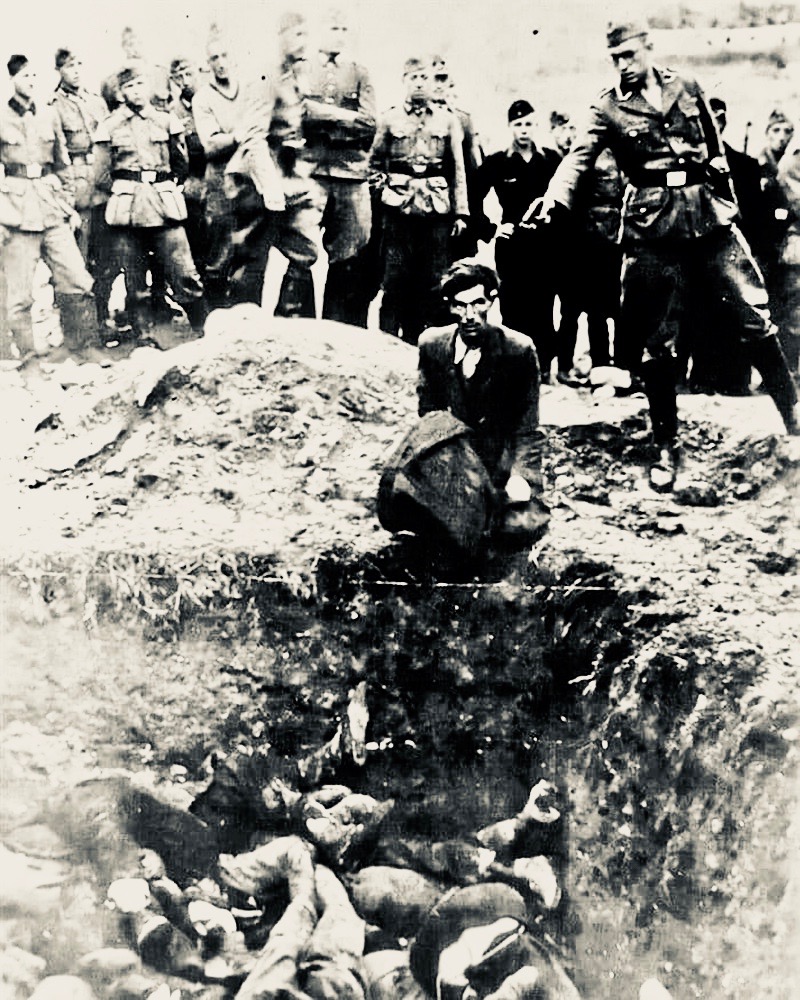 “The Last Jew of Vinnitsa” is an iconic photograph picturing the imminent execution of a Jewish man in the vicinity of the Ukrainian town of Vinnytsia during a massacre perpetrated by Nazi SS and Ukrainian militia. The photograph was found from the personal album of an Einsatzgruppen soldier (from Nazi death squad). It is named after the handwritten inscription located at its back. Photograph of the imminent execution of a Jewish man kneeling before a filled mass grave in Vinnytsia, Ukraine, during a massacre perpetrated by Einsatzgruppe D and Ukrainian militia in 1942. 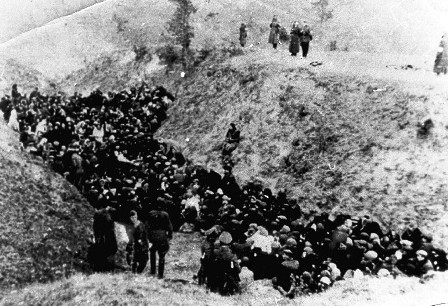 Jews from Vinnitsa Assembled to be Shot

The executioner is a member of Einsatzgruppe D, a paramilitary death squad of the Nazi SS. The picture was taken at the third and final massacre at Vinnytsia in 1942, in which Ukrainian militia participated to a greater extent. It is often wrongly dated at 1941, the year in which the two previous massacres took place, which had far higher casualties according to Wehrmacht Lieutenant Erwin Bingel. Unlike what is suggested by the inscription, not all of the Jews of Vinnytsia died in the massacres: a few survived by joining the partisans or by going into hiding. The photograph was found in a photo album belonging to a German soldier. 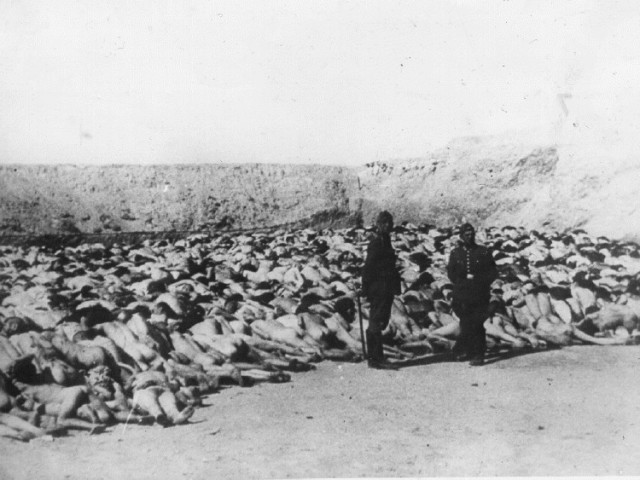 The three SS-led massacres at Vinnitsa took place on the 16 and 22 September 1941 and in 1942, and resulted in the virtual extinction of the town's large Jewish population. There was one eye-witness to the procedure involved. Lieutenant Erwin Bingel, a Wehrmacht officer was ordered to report to the Town Commandant of Uman, in the Ukraine, and instructed to set up guards on all railways in the area, and around the airport. 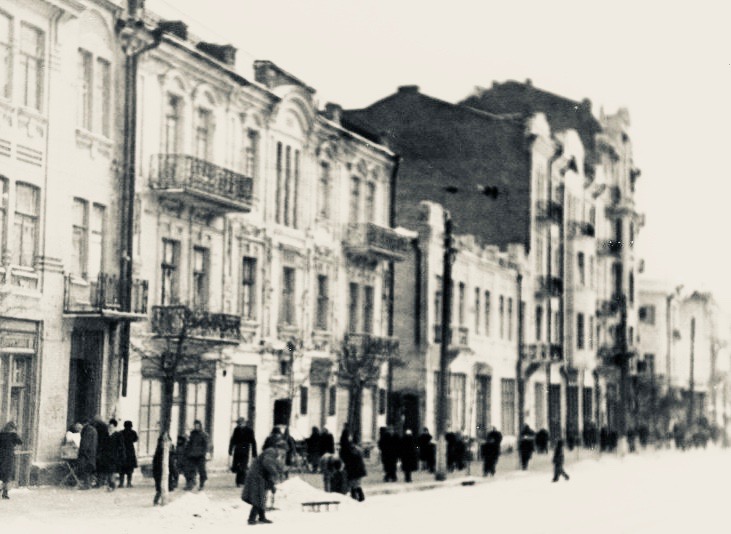 Vinnitsa During the Time Bingel Was There

On the 22 September 1941 Lieutenant Bingel and his men witnessed a second massacre in Vinnitsa. This was followed by a third, also in Vinnitsa, carried out by Ukrainian militia who had been trained by the SS, and were commanded by a small group of SS officers and NCO's. In the first two massacres, Bingel calculated first twenty-four thousand and then twenty-eight thousand Jews were killed. In the third, Ukrainian militia killings, six thousand were murdered. 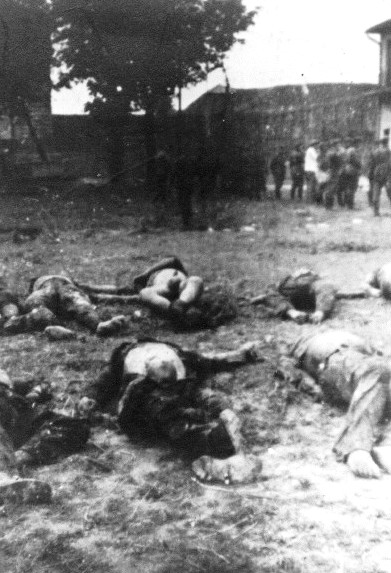 Lieutenant Bingel recalled:   “In the morning at 10.15, wild shooting and terrible human cries reached our ears. At first I failed to grasp what was taking place, but when I approached the window from which I had a broad view over the whole of the town park, the following spectacle unfolded before my eyes and those of my men, who, alerted by the tumult, had meanwhile gathered in my room.
Ukrainian militia on horseback, armed with pistols, rifles and long straight cavalry swords, were riding wildly inside and around the town park. As far as we could make out, they were driving people along before their horses- men, women and children.

A shower of bullets was then fired at this human mass. Those not hit outright were struck down with the swords. Like some ghostly apparition, this horde of Ukrainians, let loose and commanded by SS officers, trampled savagely over human bodies, ruthlessly killing innocent children, mothers and old people whose only crime was that they had escaped the great mass murder, so as eventually to be shot or beaten to death like wild animals.”