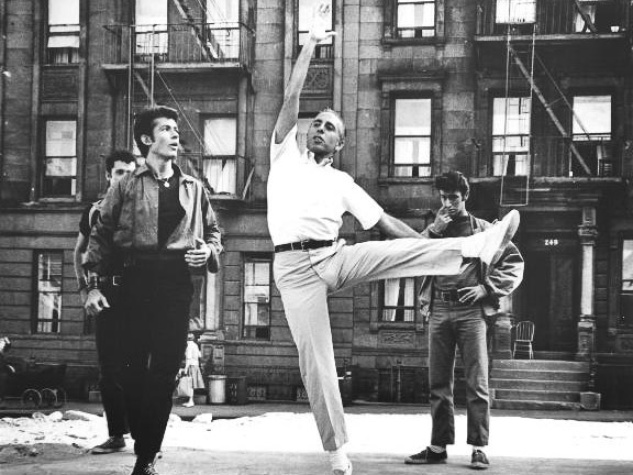 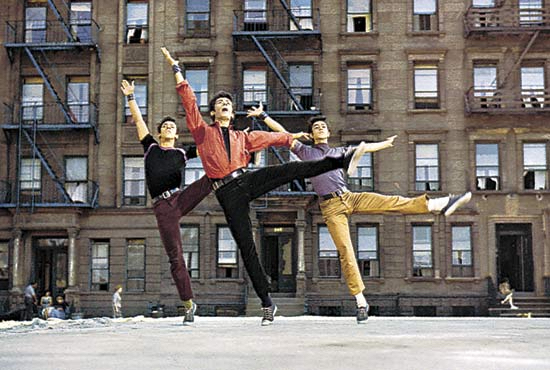 On May 6, 1953, Jerome Robbins was front-page news in The Forward, formerly known as The Jewish Daily Forward, for an act that would haunt him for the rest of his life. An above-the-fold headline — published next to an unrelated photo of a handsome young harbor boss named Francis Kelly, who appeared to be wearing lipstick — read “Acclaimed Dancer Gives Names of Communist Actors.” 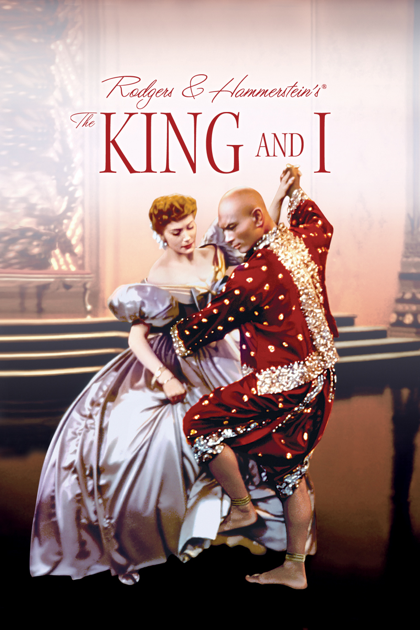 In front of the House Un-American Affairs Committee, Robbins, a talented dancer and the choreographer of “The King and I” and “Fancy Free,” an outsider darling of both Broadway and the prestigious ranks of New York’s ballet world, had done the unforgivable, and named names. The adjacent photo of Kelly (see below), made for a tragic commentary on what had led Robbins, born Jerome Rabinowitz on October 11, 1918, to provide that fateful testimony. The television host Ed Sullivan had for some years threatened to reveal that Robbins, who had taken both men and women as lovers, was not only a communist but also homosexual. When initially faced with those threats in 1950, Robbins had fled the country; eventually cornered by HUAC, he had chosen to testify rather than risk the blow to his career that would ensue if he refused. 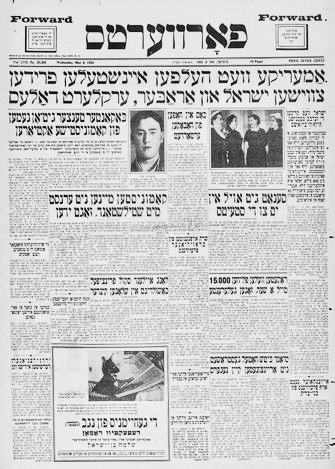 The particular reasoning behind Robbins’s choice to testify may be impossible to recover, but the pressures informing that decision neatly encapsulated those that would cause him tremendous psychological pain throughout his life. Robbins yearned to transcend the limitations of his personal background, yet as Wendy Lesser, author of “Jerome Robbins: A Life in Dance,” said, “even when he didn’t feel religious, he was constantly viewing himself as the product of that lower-middle-class New Jersey immigrant Jewish family.” Robbins’ career had begun with the advice of his teacher, Gluck Sandor, that he change his name to sound less overtly Jewish. His anxiety over the fate of his career was explicitly tied to the strength of his feeling that any success he had so far earned had been won in spite of the prejudice he faced.

He also faced an impossible choice. If he testified, he would earn the disapprobation of not only his colleagues and friends but likely his family. (His elder sister Sonia, in fact, refused to speak to him for years following his appearance in front of HUAC.)

Jerome Robbins' Partners Through the Years 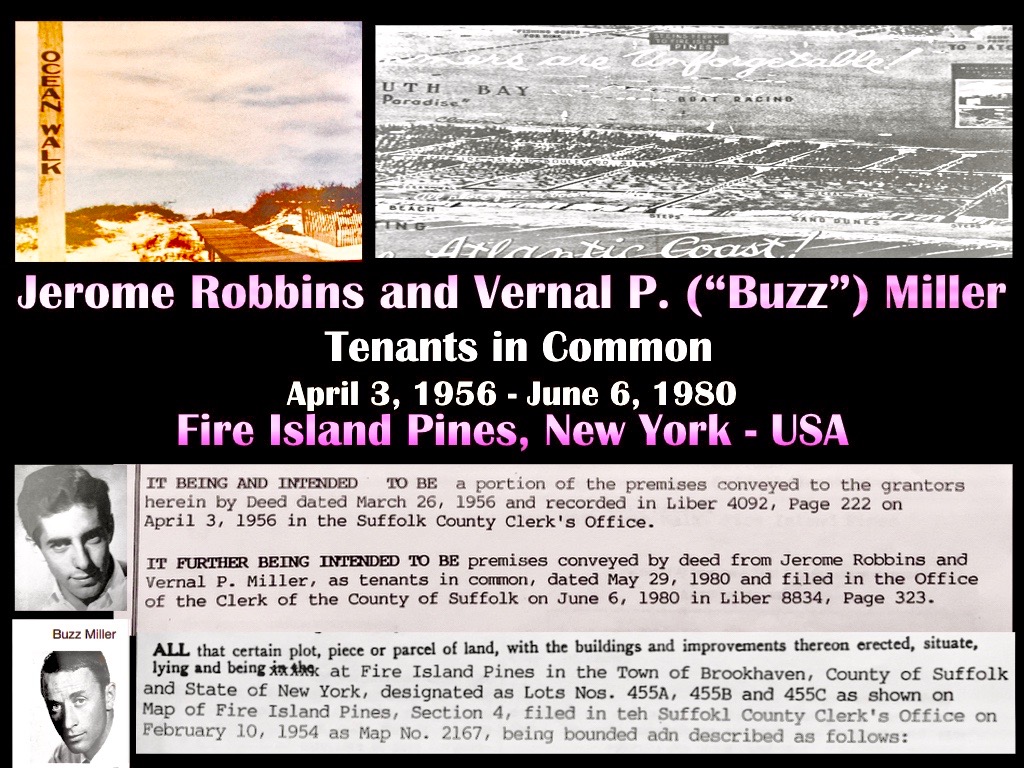 Yet if his sexuality became public knowledge, he would likewise face ostracization from his parents, whose influential, complex roles in his life deeply informed his art. As Lesser writes in “A Life in Dance,” Robbins wrote, late in life, that to be openly attracted to men would have “betrayed the Poppa, the Jewish Poppas.” 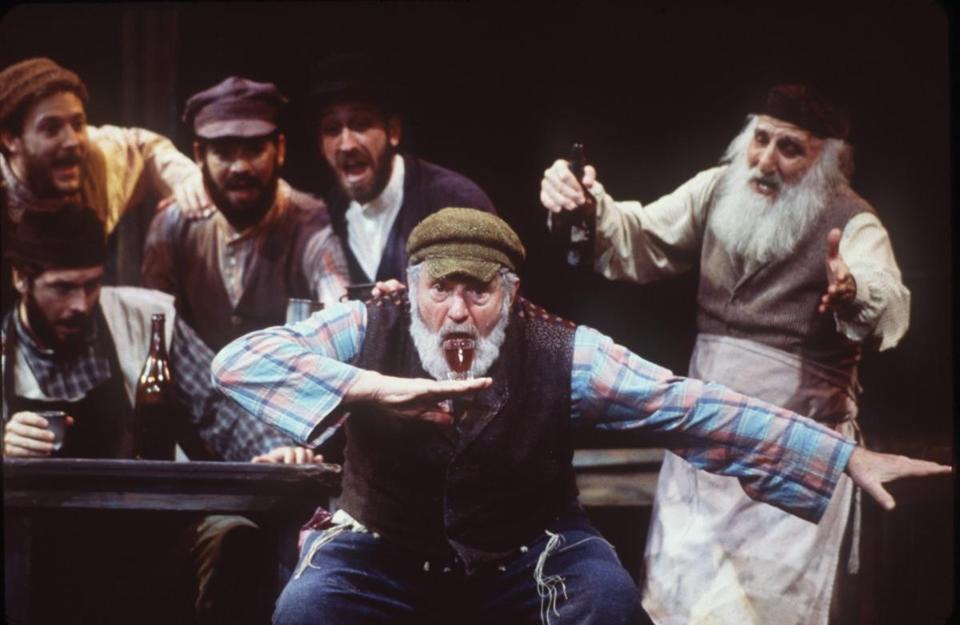 Teodor Vikel in Fiddler on the Roof

Robbins won Tony Awards for his direction and choreography in Fiddler on the Roof (1964). The show starred Zero Mostel as Tevye and ran for 3242 performances, setting the record (since surpassed) for longest-running Broadway show. The plot, about Jews living in Russia near the beginning of the 20th century, allowed Robbins to return to his religious roots.

Jerome Robbins made the most freighted political choice of his life at the fraught intersection of career, family, religion and sexuality. The conflict between those forces is unenviable, but telling. If one were looking to identify a quintessentially Jewish American genius of the 20th century, Robbins’s mix of brilliance and neuroses, rebellion and fascination with tradition — along with his struggle to define himself and his work as equally American and Jewish, his broad sympathy for the status of the outsider, and his guilt — would make him a worthy choice.

That was the man; what of the art? Robbins, in the four decades of work that followed his HUAC testimony, demonstrated a diasporic artistic curiosity. He choreographed for the New York City Ballet, second only to George Balanchine in terms of his prominence, although his distinctly un-Balanchinian touch often cast him out of favor with the city’s tastemakers, for whom the Russian alone was king. Robbins’s work, Lesser said, “has to do with character and plot and human life lived on the street,” where Balanchine’s was abstracted and cerebral. Yet Balanchine himself was a great admirer of Robbins’s work: “He was lending something to ballet that it needed,” Lesser said, “and that Balanchine knew it needed.”

He doctored scripts for Broadway, founded the influentially experimental American Theater Lab and became not only the choreographer of, but also the driving artistic force behind both “West Side Story” and “Fiddler on The Roof.” He won an Oscar for his direction of the filmed version of the former, which he infused with a remarkable aesthetic clarity about the exuberant violence of youth, and found a profoundly moving connection to his own past in the latter. Pitched on the project by Joseph Stein, Sheldon Harnick and Jerry Bock, who had penned the initial script, lyrics and music, Robbins sent his stage manager, Ruth Mitchell, a telegram that was so ecstatic as to be nearly delirious. 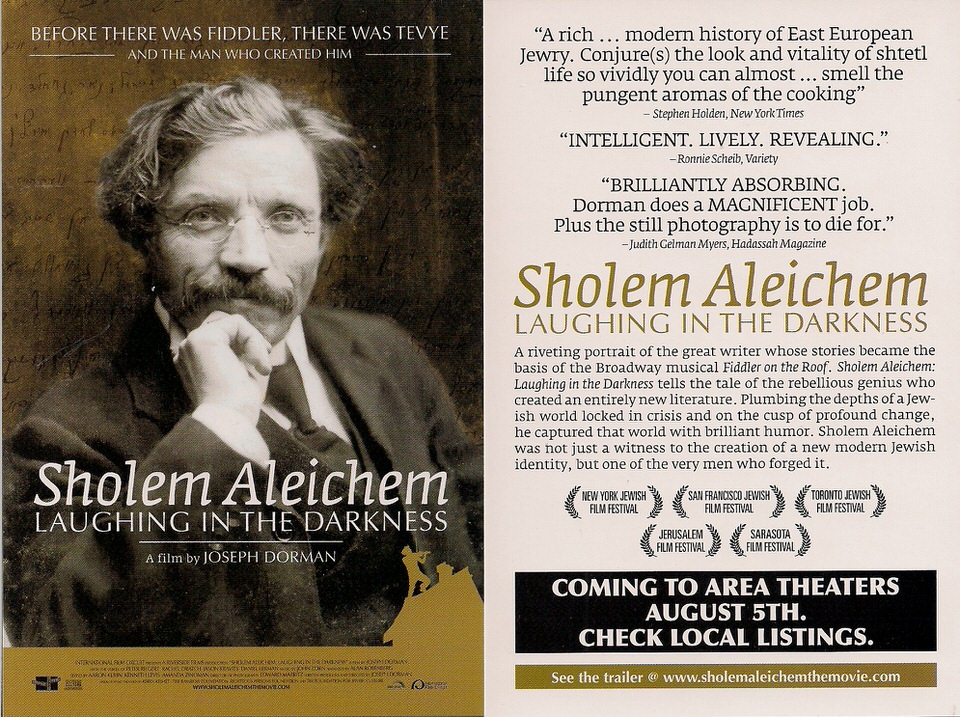 “I’M GOING TO DO A MUSICAL OF SHOLEM ALEICHEM STORIES WITH HARNICK AND BOCK STOP I’M IN LOVE WITH IT IT’S OUR PEOPLE,” he wrote. His best work in that musical — which he directed with more than his typical intensity, which is saying something — embodied both that ecstasy and the profoundly conflicted identity that backed it. In one of his most famous creations, the wildly celebratory Bottle Dance that closes the first act, the revelry is emphasized by the extent to which the dance juxtaposes supreme control with the obvious abandonment of it.

The bottle dancers, a group of men balancing wine bottles on their heads, execute an increasingly complex series of maneuvers, culminating in the famous coordinated knee slides. As if to laud their success, they are replaced center stage by another group of men, who clap, gyrate and stamp their feet. Their whirling and stomping is unmistakably aggressive, at the same time it is wholeheartedly happy; their pleasure is intermixed with a deliberate suggestion of danger. It’s hard to imagine a better summation of what it must have felt like to be Jerome Robbins: Jewish and proud, Jewish and endangered, Jewish and conflicted, Jewish and filled with ancestral joy.

He was the most fitting representative of his generation of Jewish artists, which included his close collaborator Leonard Bernstein, precisely for the reasons that made his choice regarding HUAC so unbearable to make. Ambitious to achieve more than his ancestors, he found a level of opportunity in his life and career that would have been, for them, unprecedented. Yet that life and career were still defined by the limitations that had yet to be excised for publicly prominent Jews, including, most significantly, the demand to be in some way obsequious to the status quo. Or maybe that’s too simplistic. “A lot was his own special form of genius,” Lesser said. “I don’t think that has to do with a period of history. That’s just him.” 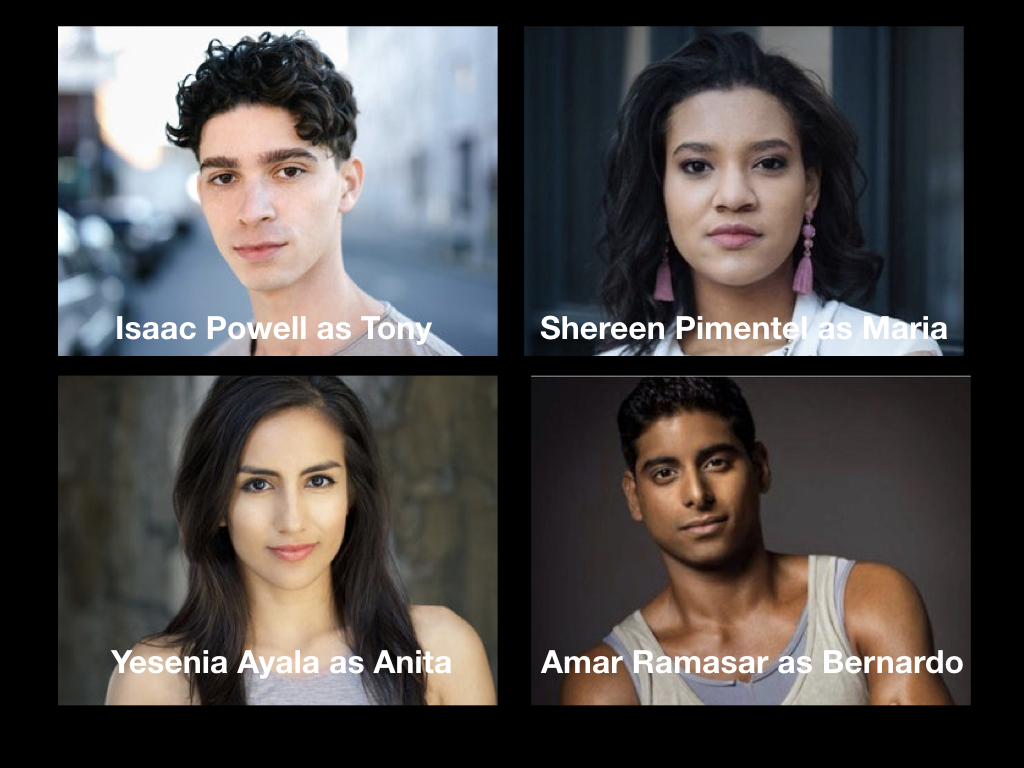 Now, three of the most daring theater-makers of our time — director Ivo van Hove (A View From the Bridge and The Crucible), choreographer Anne Teresa de Keersmaeker, and designer and frequent Van Hove collaborator Jan Versweyveld — offer a radical, thrilling new interpretation of this iconic work, with extraordinary dancing, breathtaking vision, and 23 young, brilliantly gifted performers all making their Broadway debuts. Don’t miss this opportunity to see a landmark in musical theater history as if for the very first time."

"The most exciting musical theater masterpiece of the 20th century. The most visionary theatrical talents of the 21st century. Is there any wonder it’s “the most eagerly-awaited production of the new season”? (NY Post)

"When four theatrical giants — Jerome Robbins, Leonard Bernstein, Arthur Laurents and Stephen Sondheim — created West Side Story, it was immediately hailed as an "indisputable, boundary-busting masterpiece” (The New York Times) that “explodes every imaginable idea of what a musical can be” (New York Magazine).

First look at Steven Spielberg’s remake WEST SIDE STORY, coming out Dec. 18, 2020. This video shows the film's cast, both THE JETS and THE SHARKS.