Scientific examinations of historical accounts suggest that up to 40 percent of Mexico’s population lives along a zone that is more seismically active than suspected. Ash spews from Mexico's Popocatépetl volcano in July 2013 (see above photo). The peak is part of the Trans-Mexican Volcanic Belt, a region which seismologists say may present a greater earthquake hazard than anticipated. According to the Anales de Tlatelolco, the earth cracked open in central Mexico on February 19, 1575. The ancient codex, composed around the time the Aztec Empire fell to Spanish conquistadors, features a story of a convulsion that lasted for up to five days, creating landslides and opening up a nearly three-mile-long scar in the ground. 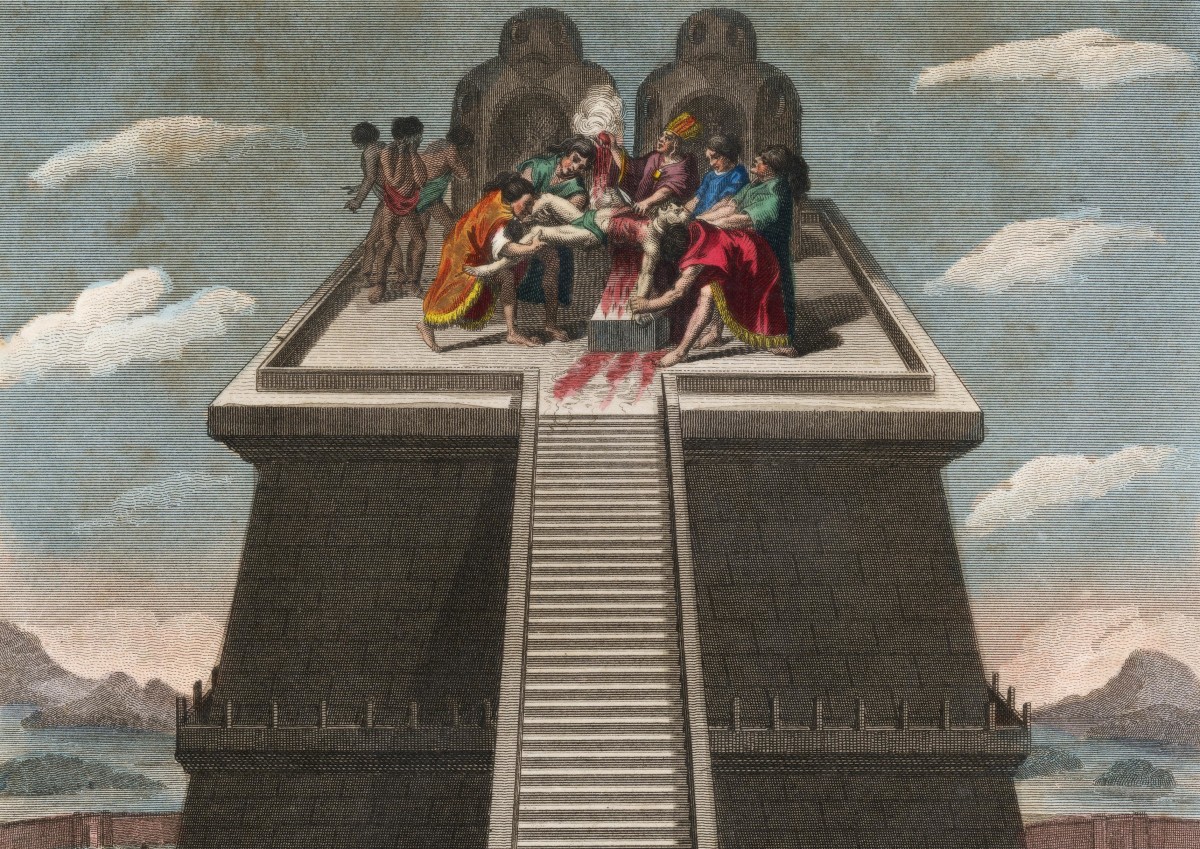 During the Aztec Empire

This tale of earth-shattering catastrophe is part of a newly uncovered series of scientifically undocumented earthquakes that took place over the past 450 years in Mexico, seismologists report in a recent issue of the journal Tectonics. Specifically, these rumbles happened along a 620-mile-long stretch of volcanoes known as the Trans-Mexican Volcanic Belt, a region of snowy peaks and fiery eruptions that stretches from the Gulf of Mexico to the Pacific Ocean.

Earth is the only planet known to maintain life. Find out the origins of our home planet and some of the key ingredients that help make this blue speck in space a unique global ecosystem. Since the dawn of instrumental seismology in the early 20th century, only a handful of powerful quakes have been recorded along this belt, leading many to suspect that it simply wasn’t that seismically hazardous. 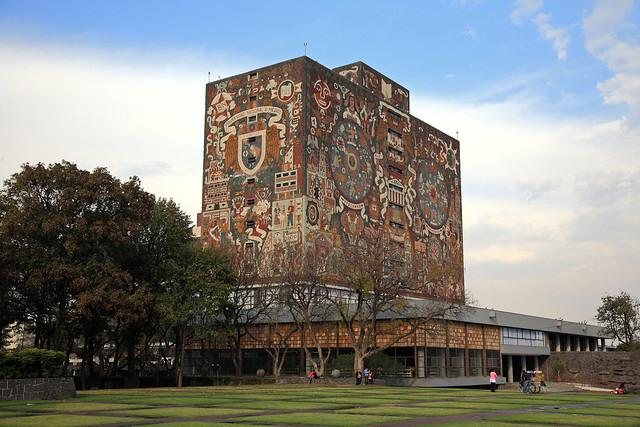 But if a region’s quake record is like a feature-length film, the era of modern monitoring is just a blip on the screen, says study coauthor Gerardo Suárez of the Universidad Nacional Autónoma de México. “That hundred years of seismicity is like watching just two or three seconds of the movie,” Suárez says. By diving into historical records, too, scientists can “try to see a few more frames.” 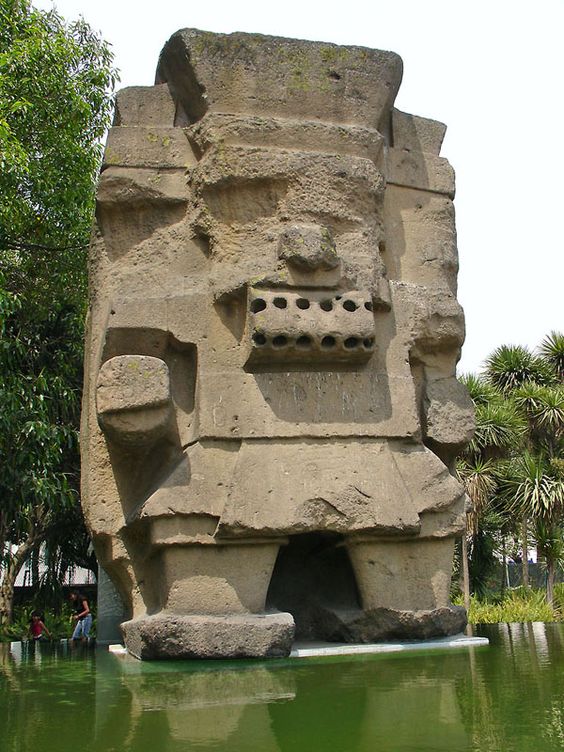 That’s why Suárez and his team turned to Aztec codices and the accounts of Spanish missionaries. Their work suggests that Mexico is more or less rumble-ready along the entire length of the volcanic belt, which means this sleeping seismic serpent presents a looming threat. Today, 52 million people—or 40 percent of Mexico’s population—live along this belt, largely unaware of the restless geological giants below their feet. 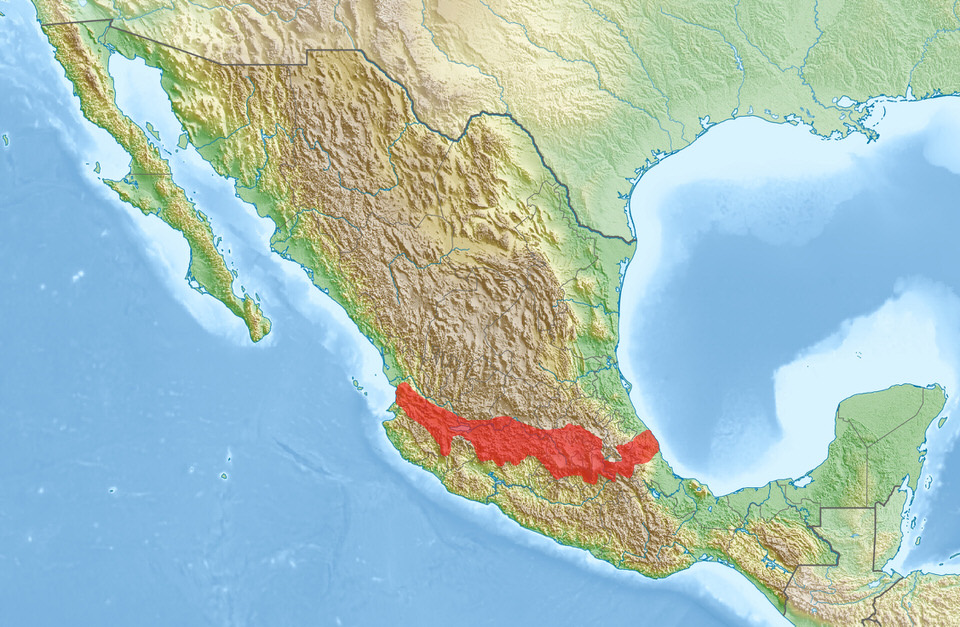 The Trans-Mexican Volcanic Belt’s angry mountains (see photo above), from Popocatépetl to Parícutin, owe their existence to a process called subduction, in which the tiny Rivera and titanic Cocos tectonic plates dive beneath the North American plate. The resulting confrontation and water leakage from the downgoing plates creates a zone of intense melting deep within Earth, which then forms chains of magma reservoirs within the crust that spawn volcanoes.

Oddly, though, the volcanoes here don’t run along the length of the subduction zone but are oblique to it, suggesting that the subducting Cocos slab is somehow highly warped. Despite this rocky chaos, the belt also seems to have a curious dearth of so-called crustal earthquakes, which are relatively shallow temblors far from the deep-seated subduction zone. These types of earthquakes are the ones that more often chew up the ground people walk on.

Modern instruments have recorded only a handful of powerful crustal quakes along the Trans-Mexican Volcanic Belt. The largest in the last 40 years was a magnitude 5.1 or so temblor that took place in February 1979. Before that, the 1920 Jalapa quake and the 1912 Acambay event rocked the region at magnitudes 6.4 and 6.9, respectively. 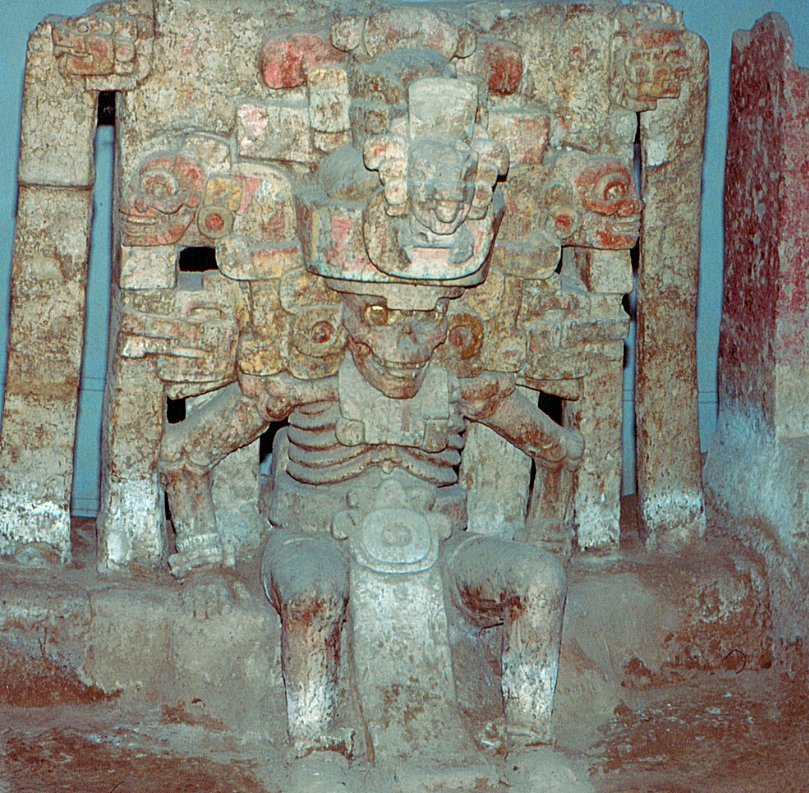 To get a fuller picture of a region’s seismic record, geologists often have to don a historian’s hat, says Zachary Ross, a geophysicist at Caltech who was not involved with the study. From painting images of volcanic eruptions on cave walls to using stories about otherworldly thunderbirds and whales to describe earthquakes and tsunamis, humans have tried to interpret the rocky chaos around them for millennia, and these descriptions are invaluable to modern seismologists. 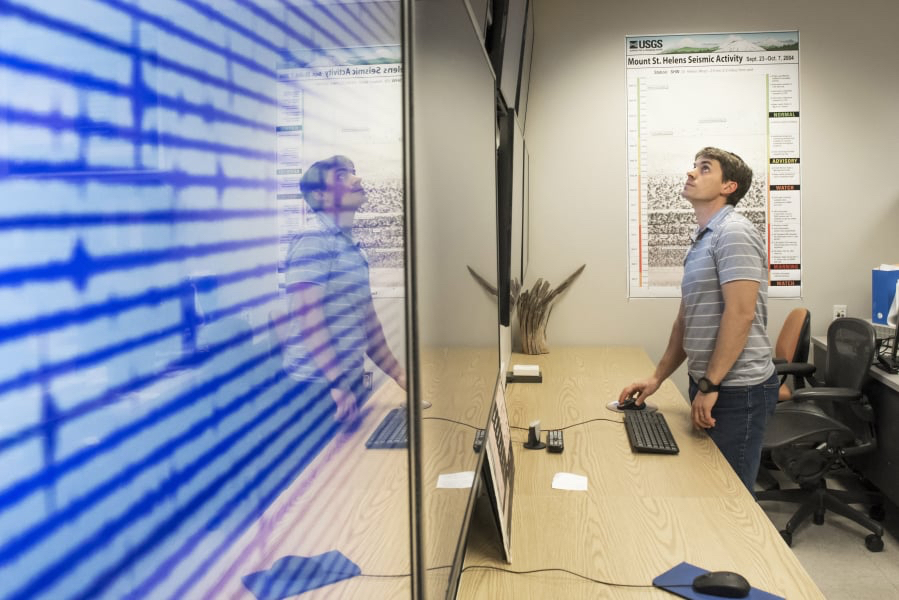 Seismologist Monitoring Data Readouts at the US Geological Services

Today, the U.S. Geological Survey uses publicly submitted shaking reports to better nail down the locations of earthquakes and attribute them to measured magnitudes. Using such knowledge to match historical descriptions of shaking intensity to magnitude values, scientists can parse out numerical data about earthquakes recorded in ancient texts. 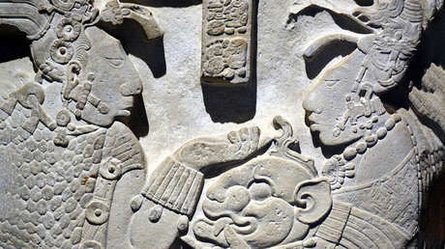 This includes Aztec codices, which are quite rare because most of them were burned by Spanish conquistadors, says F. Ramón Zúñiga, a UNAM seismologist who not involved with the work. Some of these codices include a glyph that resembles a propeller-like object which has long been understood to represent movement. When placed on top of a layered earth glyph, this symbol signifies moving ground—aka, an earthquake. 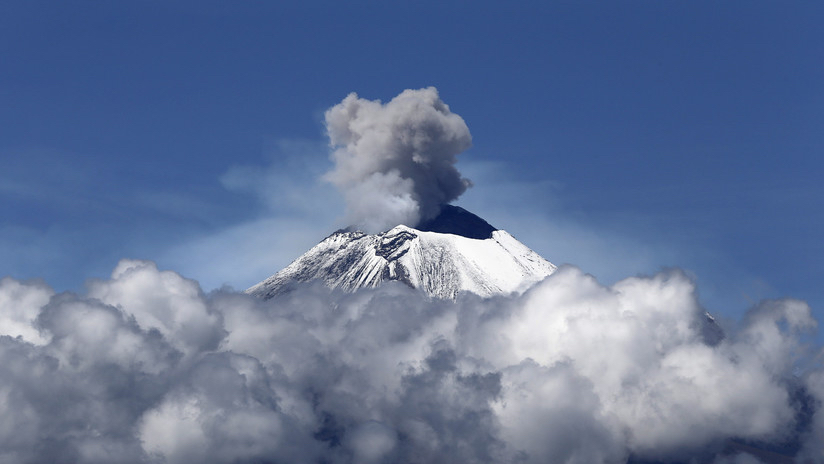 Within some codices, such glyphs are accompanied by dates. And while the Anales de Tlatelolco lacks earthquake glyphs and is written in Nahuatl, the language of the Aztecs, the anonymous scribes helpfully used the Latin alphabet to recount the shaking earth instead. Colonial-era accounts by missionaries are also enormously useful. Early earthquake data are found in the same way in California, says Ken Hudnut, a geophysicist at the U.S. Geological Survey in Pasadena who was not involved with the study. Painstakingly detailed reports of convents suffering earthquake damage were used to get reimbursement from the church. The subjective nature of all these descriptions means scientists cannot ascribe too much precision to the magnitude estimates, Ross says, but it’s still a worthwhile endeavor, particularly when it comes to finding the epicenters of long-hidden quakes. 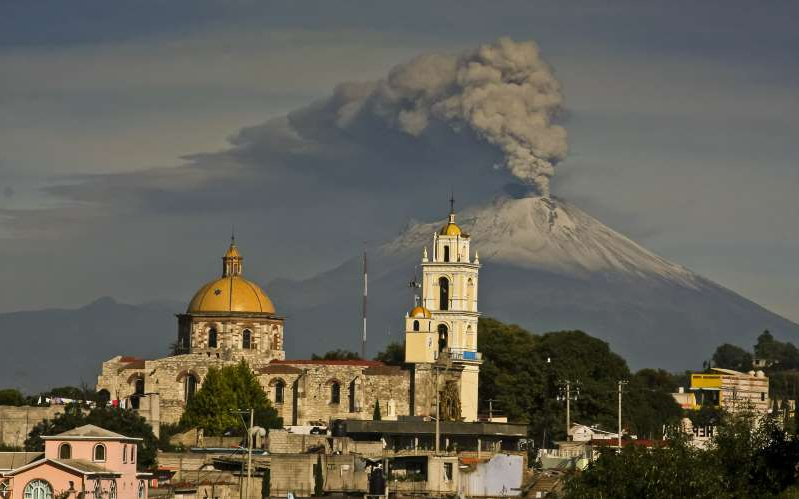 RELATED: THE GREAT PYRAMID OF CHOLULA

With these uncertainties in mind, Suárez and his team spent eight years peering into historical records to extract numerical data on old quakes in Mexico as precisely as possible. For instance, records created by the missionary Fray Antonio Tello tell of the Temblor Grande, a December 27, 1568, quake that took place in the western part of the belt. This event damaged churches and convents, created landslides, turned the soil into a fluid, and caused cracks to appear all over the ground. It also messed up the water table, causing some wells to drain and new ones to flow. The team estimates that this was a magnitude 7.2 event. 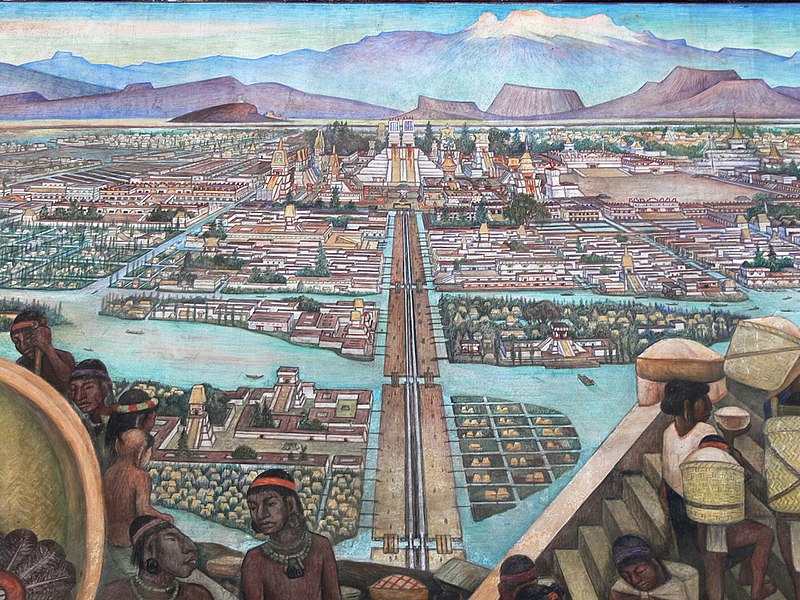 The 1575 quake described in the Anales de Tlatelolco was said to take place near Zacateotlán, a site that doesn’t exist today and whose ruins have never been found. Historians using another codex called the Anales de Huamantla suspect that Zacateotlán was a site southeast of the La Malinche volcano, which helped place the quake’s epicenter 28 miles east of the modern city of Puebla. The codex explains that a surface crack measuring 2,800 brazas appeared after the quake. A braza is a known unit of water depth equal to the length of two outstretched arms, so this information was used to estimate the three-mile length of the fault. Based on this length, the main earthquake was probably roughly a magnitude 5.7 event, which was then followed by several aftershocks. 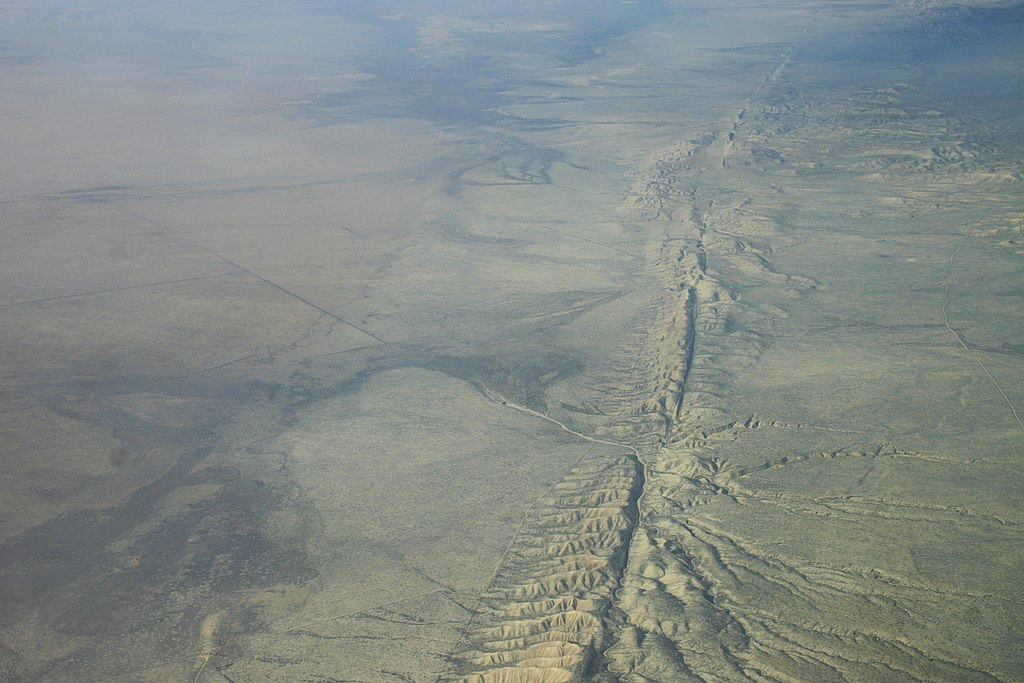 What drives the belt to trigger earthquakes remains up for debate, says Zúñiga. Still, the new study’s extraction of quake magnitudes and epicentres here helps emphasize that the belt is not one singular fault, like the San Andreas in California, but a tangle of smaller faults. It is also now clear that crustal earthquakes take place all along the belt, Suárez says, even in places where the faults to blame haven’t been identified. 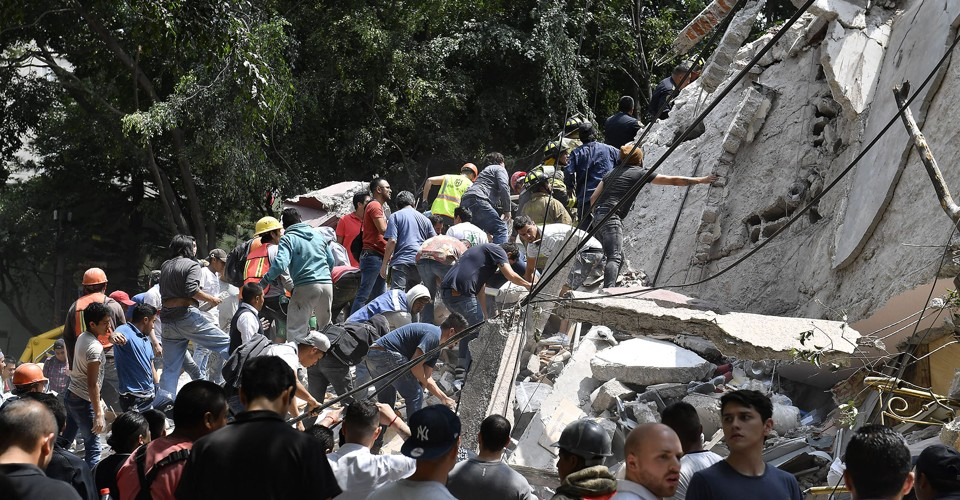 The 1568 quake, for example, doesn’t definitively have a fault attributed to it, and seismologists are currently digging trenches in the area hoping to spot telltale quake scratches. In future searches, lasers mounted to airplanes and helicopters known as LIDAR might be used to spy buried fault lines, must like how the technology is used to spot archaeological sites buried beneath vegetation and soil, Hudnut says.

Getting a better picture of this seismic puzzle is vital, since the records show that the seismic risk along parts of the volcanic belt is higher than previously thought, says Luis Quintanar, a UNAM seismologist who was not involved with the study. Major quakes in the belt take place on timescales of thousands of years, so they don’t occur in individual locations very often. What’s more, none of the belt’s quakes will be as large as those triggered by subduction zones. 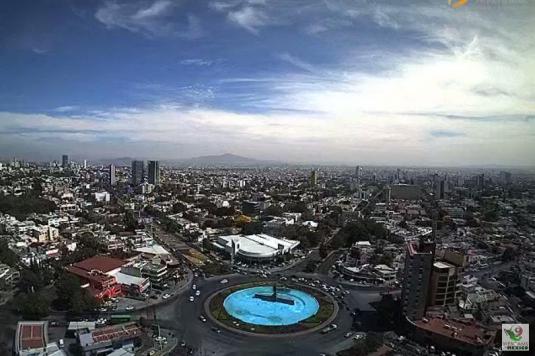 But if a moderately powerful crustal quake occurs on one of these faults in an area that is highly populated, “they may cause a great deal of damage,” Suárez says. Unlike southern and Pacific coastal cities that regularly feel the wrath of subduction-triggered earthquakes, major metropolises along the belt, such as Guadalajara, have largely been spared from damaging quakes for some time now. Many living in the belt may have no generational memory of major quakes and won’t be prepared for their next appearance, Zúñiga says. He hopes news of these historical events will highlight the hidden danger. 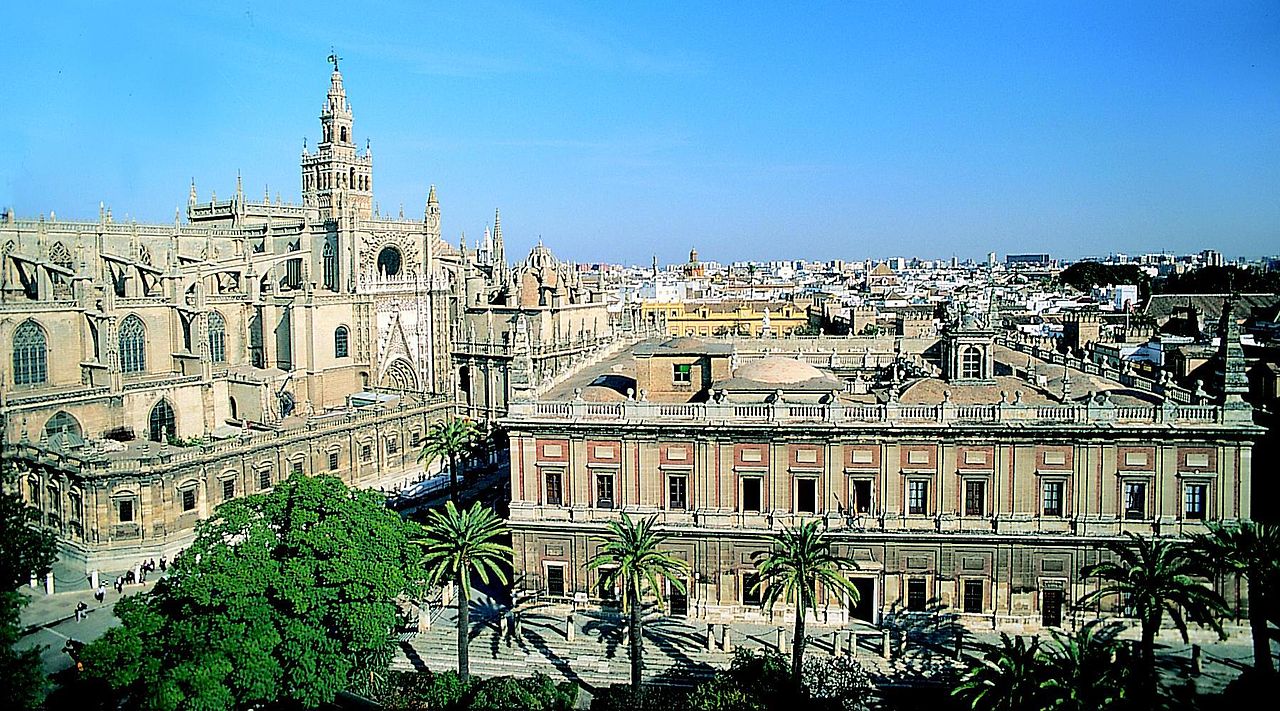 General Archive of the Indies and Cathedral - Seville, Spain

In the meantime, the effort continues to uncover earthquakes from written records. For instance, seismologists and historians are perusing the General Archive of the Indies, held in the Spanish city of Seville. It archives information about Spanish rule in parts of the Americas from the 1500s up to the 1800s. Perhaps these documents will reveal more past earthquakes scattered across the belt and elsewhere in Mexico, Suárez says. “I’m a true believer of going back in time,” he says.