Francisco Toledo, the celebrated Mexican artist and cultural philanthropist who drew on his indigenous pre-Colombian heritage to create striking works suffused with shamanistic animal imagery, died on Thursday. He was 79. Mr. Toledo was regarded by many as

Mexico’s greatest living artist, one who could trace his lineage to the Zapotecs, who flourished before the 16th-century Spanish conquests in what is now the southern state of Oaxaca, his native region. His paintings, drawings, prints, collages, tapestries and ceramics were largely inspired by that heritage. 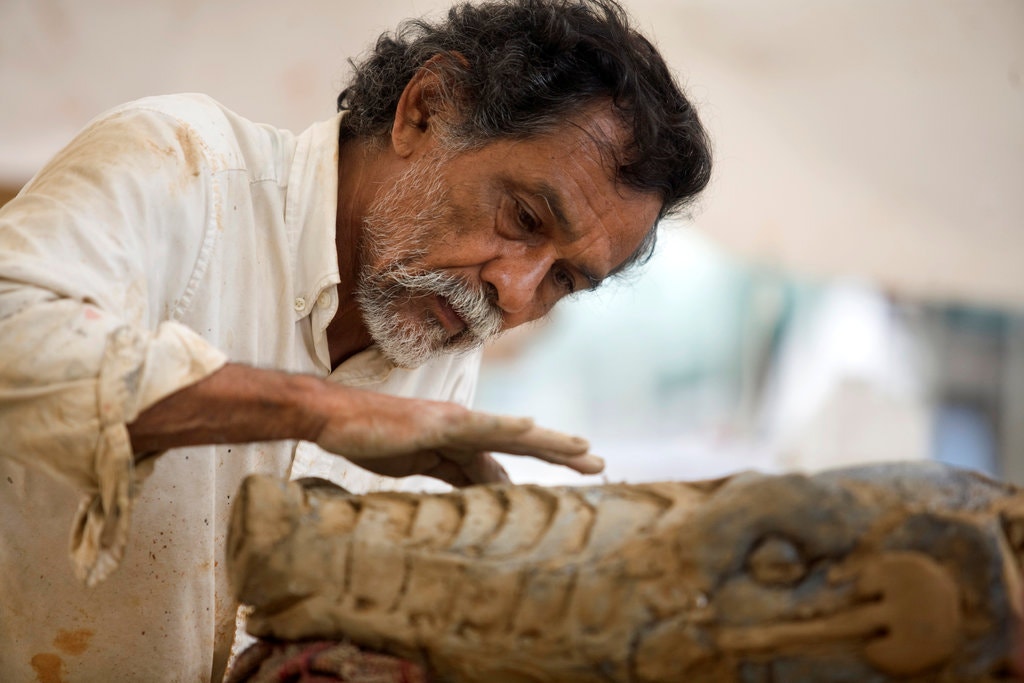 Francisco Toledo in 2008 in Monterrey, Mexico (above) , working on “La Lagartera,” a sculpture of a giant reptile that he made with steel and plaster.  The scorpions and grasshoppers and alligators, monkeys and tapirs that he encountered in his childhood appear in his art as symbols and metaphors, alluding to everything from sex and fertility to a dying natural landscape. 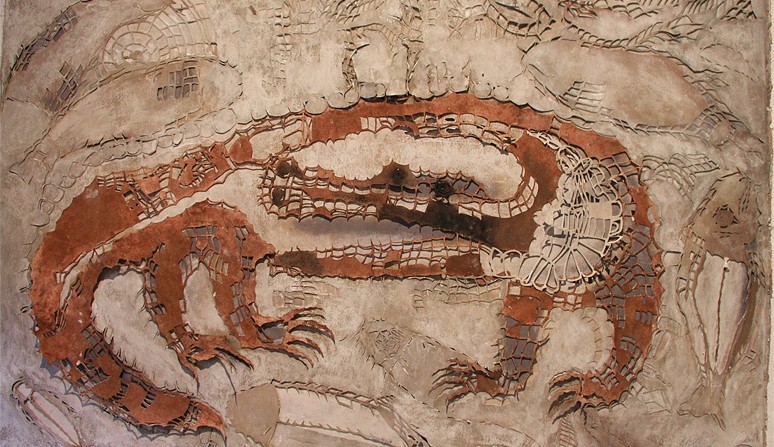 “Toledo’s is the art of shamanism," Christopher Goodwin of The Guardian wrote in 2000, “in which people are transformed into beasts and animals may take on human characteristics.”  In some works Mr. Toledo’s stick-like figures and jigsaw patterns also recall the Expressionism of Paul Klee and Jean Dubuffet, whose work he saw while living in Europe. 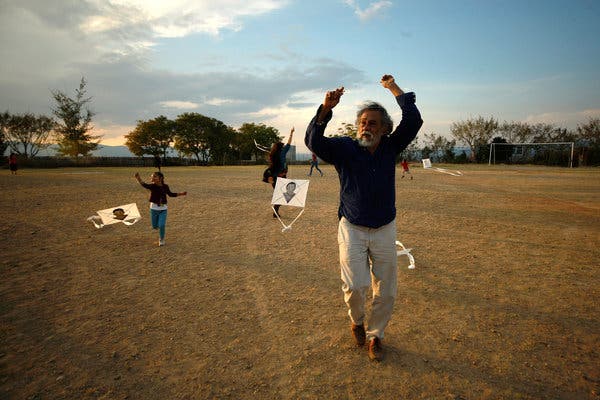 Francisco Toledo Embodied the Soul of his Native Oaxaca, Mexico

Mexican artist Toledo mourned disappeared, murdered in “Mourning” exhibit, a memorial to the country’s mass killings and disappearances, including 43 students from the Ayotzinapa teacher training college in Guerrero state who went missing in September 2014.  At the age of 75 Toledo created 43 kites, each stamped with the face of one of the missing, and sprinted across a soccer field to get them aloft.

Mr. Toledo had a huge civic impact on the city of Oaxaca, where he lived most of his life. Its historic Spanish-colonial center was decaying before Mr. Toledo contributed his time and money in the 1980s to cultural institutions there, including the Oaxaca Museum of Contemporary Arts, the Graphic Arts Institute of Oaxaca, a library for the blind, a photographic arts center and a botanical garden. Equally important, he helped scuttle proposed real estate developments — glossy hotels and office buildings, street expansions and sprawling parking lots — that would have destroyed much of the city’s historic quarter. 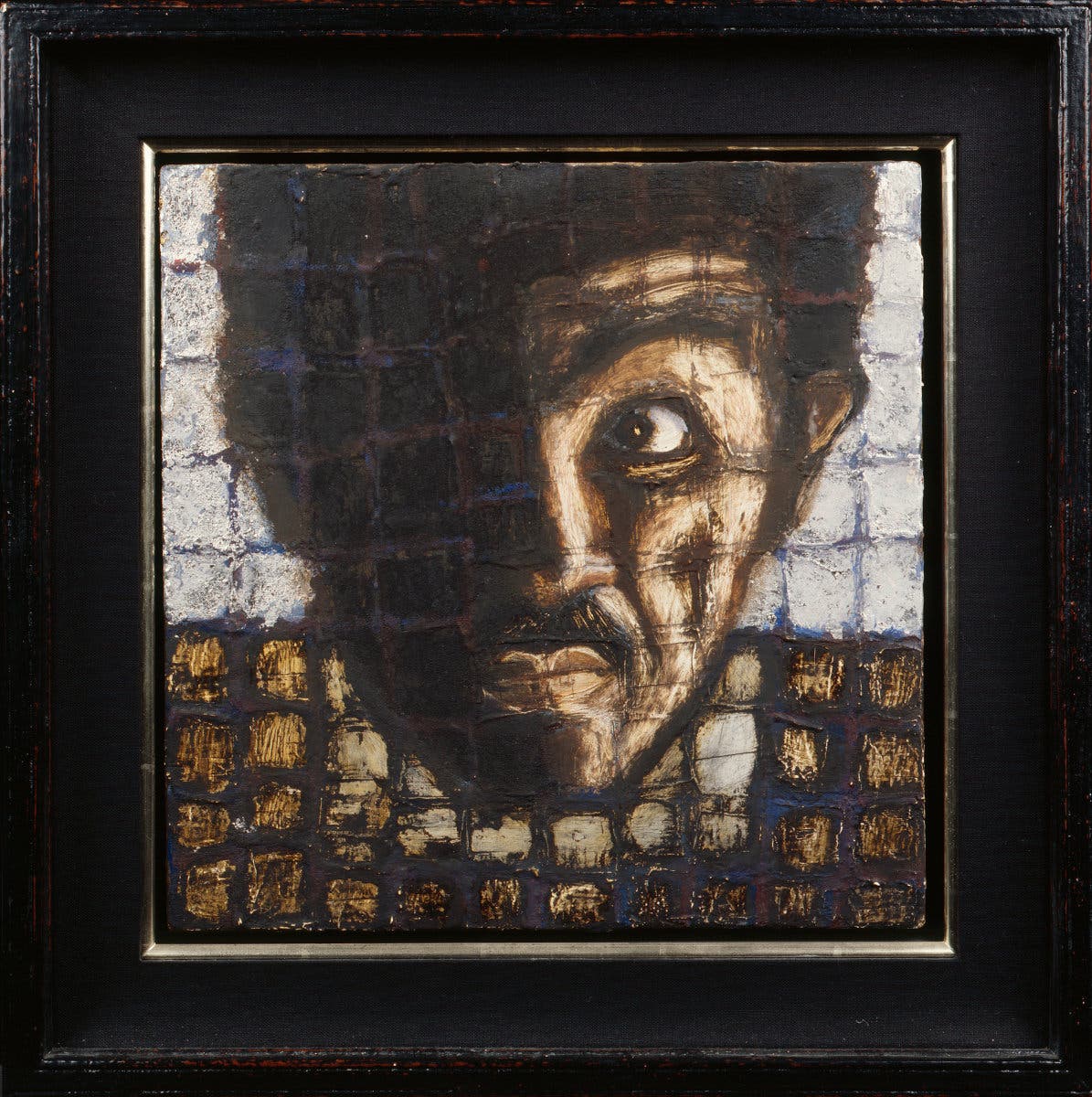 “His prestige is so great that he has been able to raise civic awareness and convince private individuals and associations to join in his crusades,” Rodolfo Ogarrio, a Mexico City-based entrepreneur who joined several of Mr. Toledo’s public-spirited projects in Oaxaca, told Town & Country magazine in 1996. 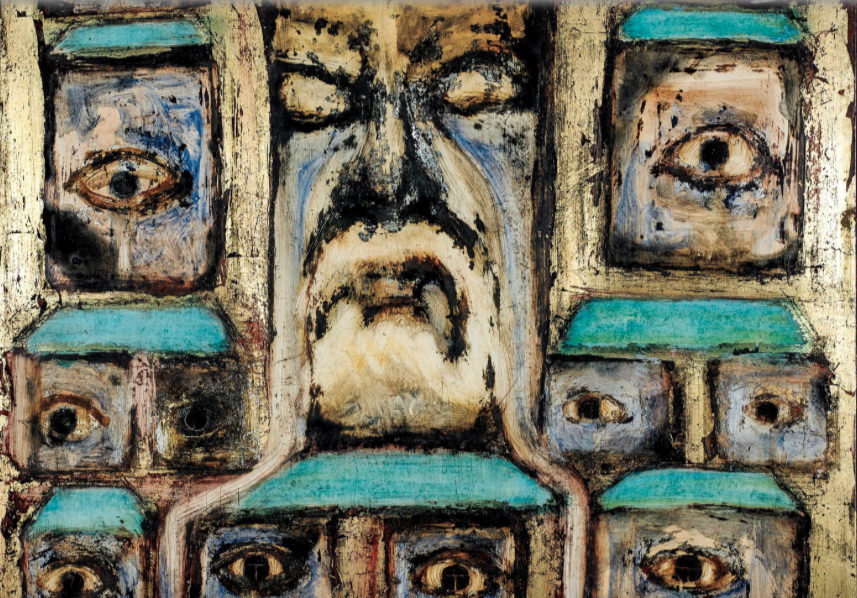 He Uses Gold Leaf in a Grid of Refracted Identities

In a profile in Smithsonian magazine this year, the writer Paul Theroux called Mr. Toledo “the embodiment of Oaxaca’s vortex of energy.” “Toledo is known as El Maestro,” Mr. Theroux wrote. “That is an appropriate description: the master, also teacher and authority figure. His work, and the results of his campaigns and his philanthropy, can be seen everywhere.” And yet he if Mr. Toledo is little known outside Mexico, it is in large part because he never courted celebrity.  “The man himself is elusive,” Mr. Theroux noted. “He hides from journalists, he hates to be photographed, he seldom gives interviews, he no longer attends his own openings, but instead sends his wife and daughter to preside over them, while he stays in his studio, unwilling to speak — a great example of how writers and artists should respond — letting his work speak for him, with greater eloquence.” 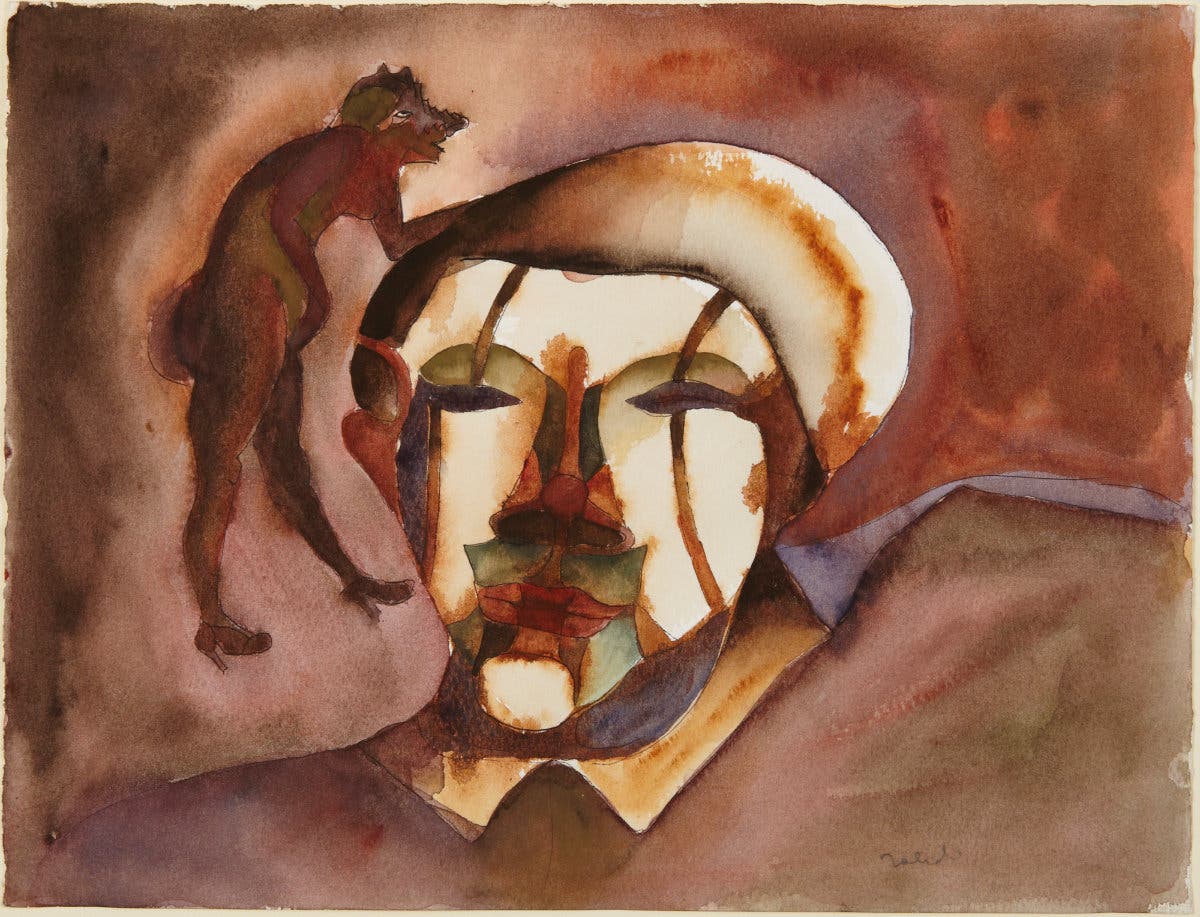 Francisco Benjamín López Toledo, one of seven brothers, was born on July 17, 1940, in Juchitán, a town on the Isthmus of Mexico in Oaxaca, and moved with his family to the smaller community of Minatitlán, in the adjoining state of Veracruz, where their father was a shopkeeper. 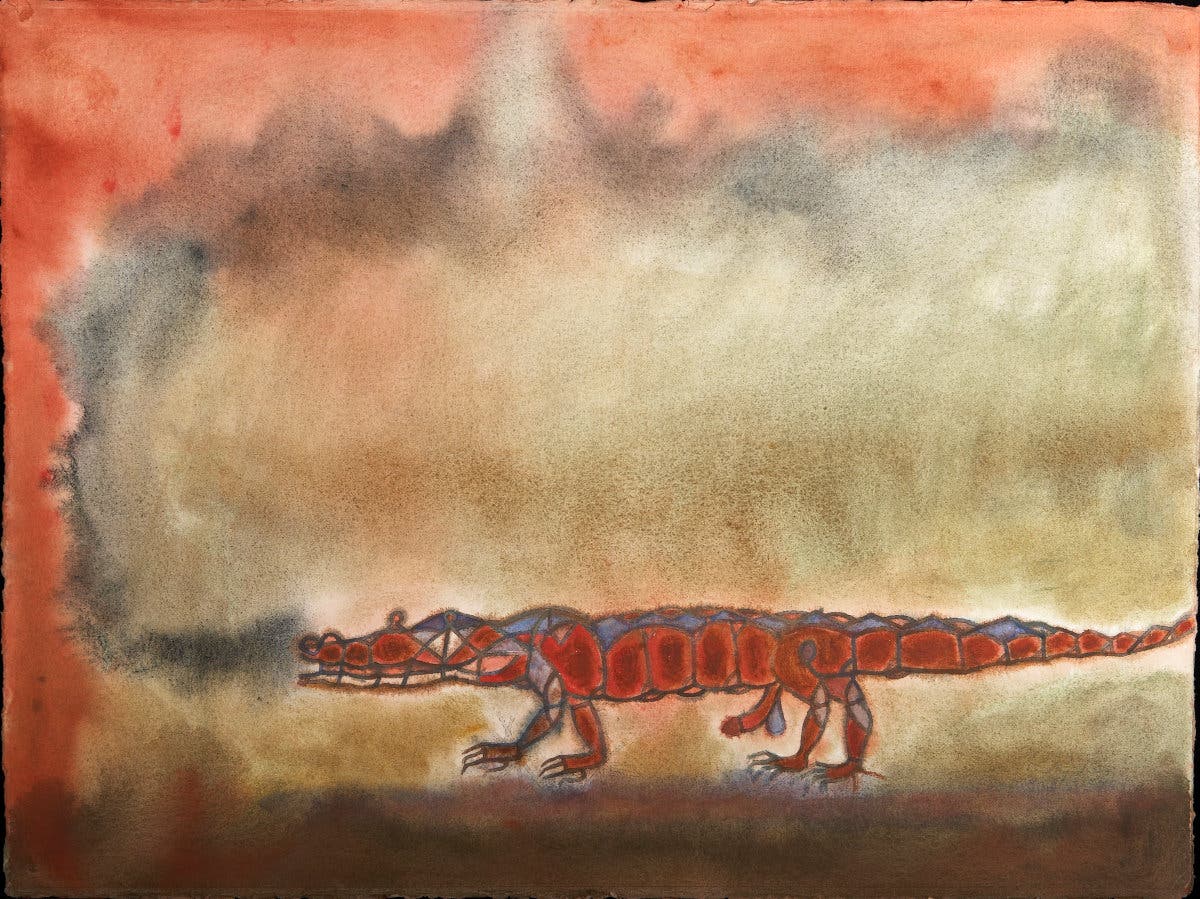 In interviews with Mexican newspapers, Mr. Toledo recalled following his grandfather, a hunter of wild animal pelts, through the jungle and encountering the insects and animals that would inhabit his art. The elders in his family would tell him of the Zapotecs who lived on the isthmus and regale him with their folklore. “Many of the animal drawings I’ve made come from these memories,” Mr. Toledo told Bomb magazine in 2000. 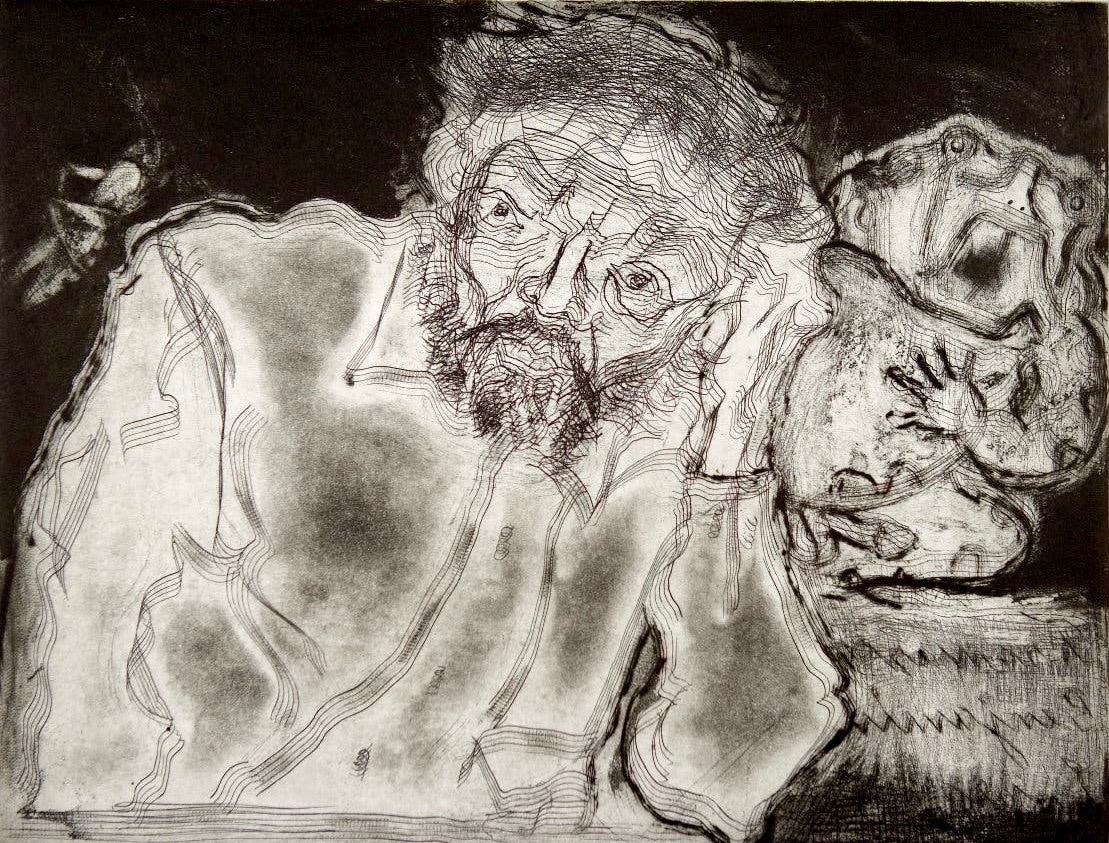 Francisco Toledo with Frog and a Grasshopper - Etching (1999)

His father recognized his son’s precocious talent for drawing and painting and sent him to study at an art institute in the city of Oaxaca when he was 12. From there he went to Mexico City to study etching techniques. By 19, he had been given gallery showings in Mexico City and in Fort Worth.  In 1960, like many Mexican artists and intellectuals who preceded him, Mr. Toledo moved to Paris on a scholarship. When the funds ran out, he received assistance from the Mexican essayist and poet Octavio Paz and the painter Rufino Tamayo. They introduced him to French galleries and collectors. 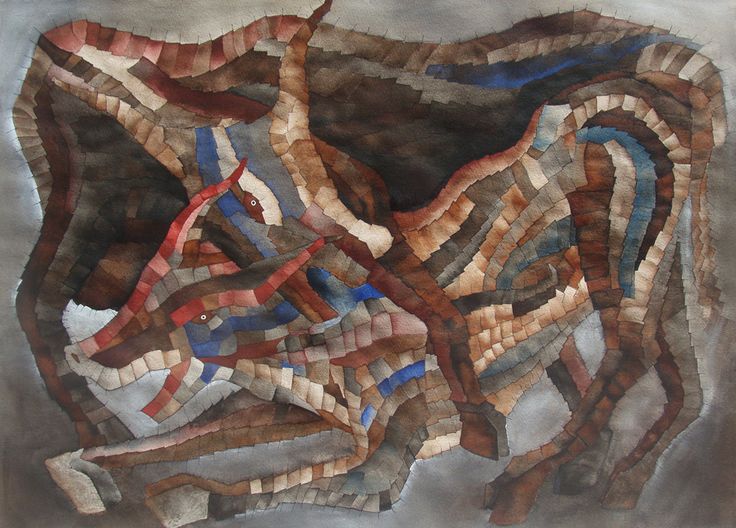 Returning to Mexico in 1965, Mr. Toledo spent the next decade experimenting with a variety of themes and techniques. Many of his works in the 1970s and ’80s recalled the depictions of human and animal figures on painted sheets, called codices, used by pre-Columbians to tell their histories and convey their beliefs. Mr. Toledo even took to painting on the same material as that of the codices, a fibrous taupe-colored paper made from tree bark. 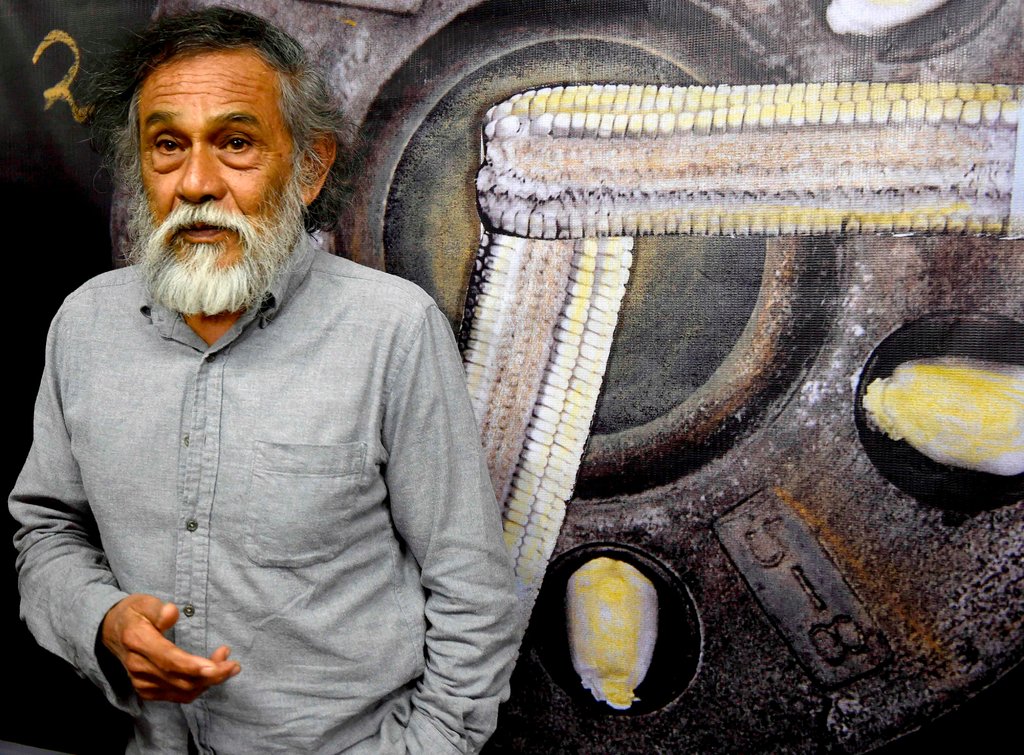 Mr. Toledo in 2015 at an exhibition at the Zapata subway station in Mexico City. His paintings, drawings, prints, collages, tapestries and ceramics were largely inspired by his indigenous Zapotec heritage. Some of his most admired works date to this period, including “Vaca Roja” (“Red Cow”), a 1975 oil and sand on canvas executed in the style of a cave painting It sold for more than $900,000 at a Christie’s auction in 2010.

Francisco Toledo in 2008 in Monterrey, Mexico, working on “La Lagartera”

a Sculpture of a Giant Reptile made with Steel and Plaster

By then, many of Mr. Toledo’s works were selling for hundreds of thousands of dollars, and the wealthier he became, the more he spent on philanthropy in Oaxaca. He converted his large colonial-style house into the Graphic Arts Institute, opening it for research and exhibitions of European and Latin American masterpieces of engraving, etching and drypoint. To make way for it, he moved a few blocks away to an adobe house almost bereft of art and furniture. There he would wear the white rough-cotton tunic and trousers and leather sandals of Oaxacan campesinos, or peasant farmers, his thick, black hair askew and his face flecked with gray stubble. 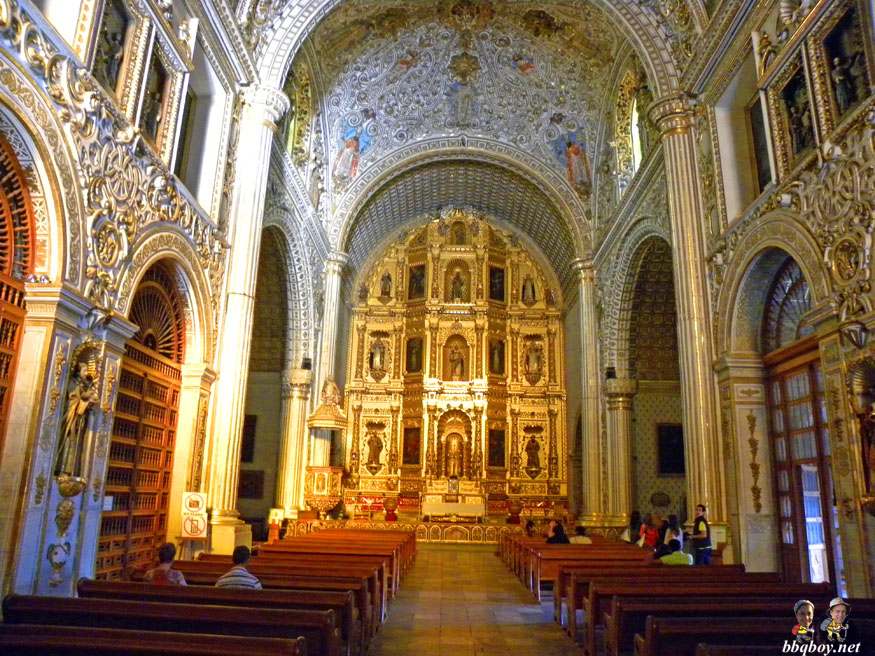 Mr. Toledo, who was known to smile or laugh only rarely, saved his humor for his civic campaigns. When the Oaxaca municipal government tried to sell a 17th-century convent to a hotel chain, he got permission from the local Roman Catholic diocese to paint many of the city’s churches with “for sale” signs, provoking an outcry that led the government to abandon the project. The same Toledo tactics doomed a proposal to turn a 30-acre former orchard adjoining the magnificent Santo Domingo Church into a luxury hotel and parking lot. Instead, the property became a botanical garden displaying the varied native flora of Oaxaca. Mr. Toledo is survived by his third wife, Trine Ellitsgaard, a Danish weaver. Survivors also include his five children, Jerónimo López Ramírez, a renowned tattoo artist; Natalia Toledo Paz, Mexico’s undersecretary of cultural diversity; Laureana Toledo, a photographer; Sara López Ellitsgaard, head of the Graphic Arts Institute of Oaxaca; and Benjamín López Ellitsgaard. 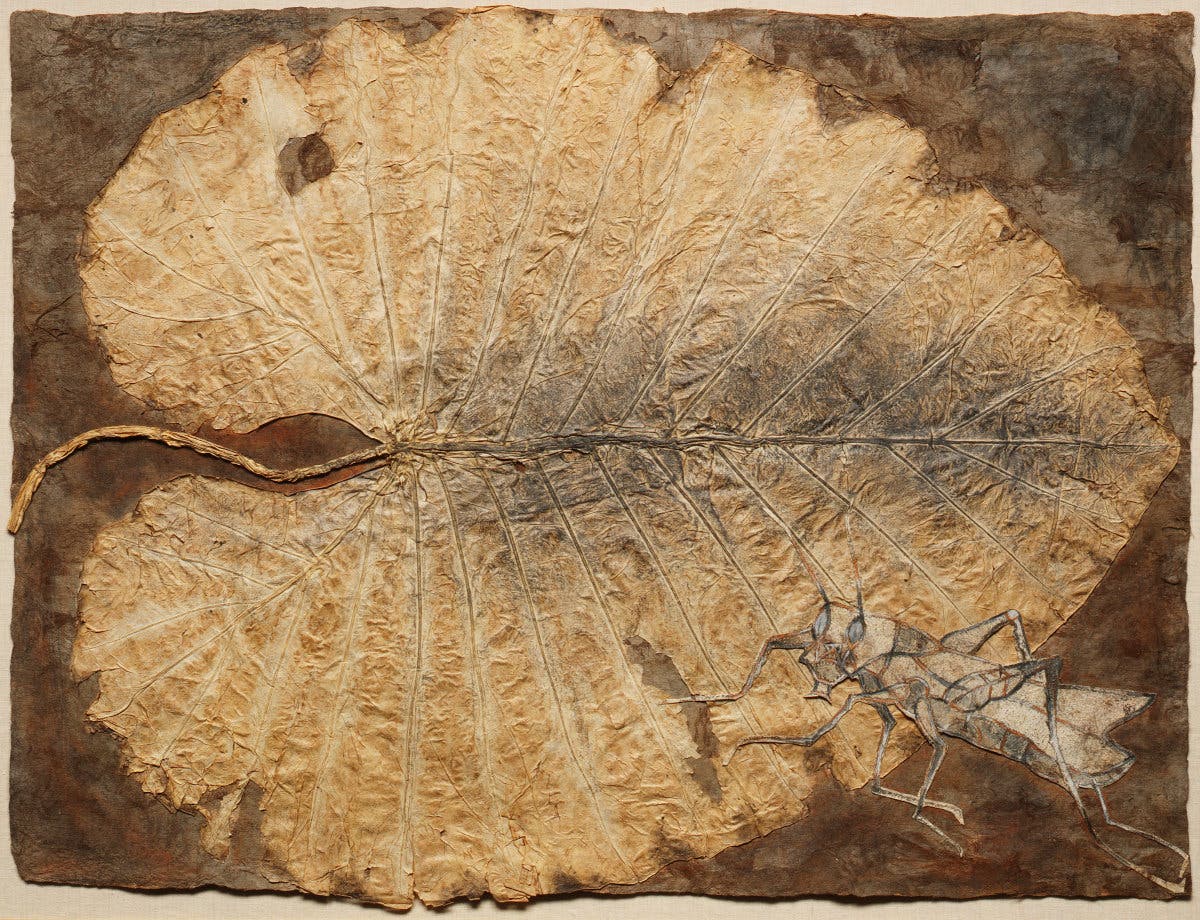 In his 1996 interview with Town & Country magazine, Mr. Toledo outlined a typical day for him. He spent mornings in his studio. At midday, he met with local people seeking his support for new civic projects. And after lunch, he was back in his studio, working until late in the evening.  “After all,” he said, “if I don’t sell more art, there won’t be any new projects.” 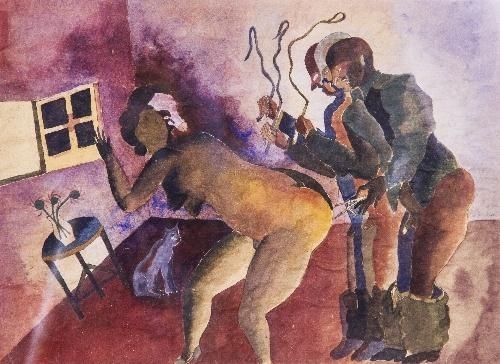 Arrival of the Egypcians - Francisco Toledo (1970)

His social and cultural concerns about his home state led to his participation in the establishment of an art library at the Instituto de Artes Gráficas de Oaxaca (IAGO), as well as his involvement in the founding of the Museo de Arte Contemporáneo de Oaxaca (MACO), the Patronato Pro-Defensa y Conservación del Patrimonio Cultural de Oaxaca, a library for the blind, a photographic center, and the Eduardo Mata Music Library. Toledo works in various media, including pottery, sculpture, weaving, graphic arts, and paintings. He has had exhibitions in Argentina, Brazil, Colombia, Ecuador, Spain, the United Kingdom, Belgium, France, Japan, Sweden, the United States, as well as other countries. 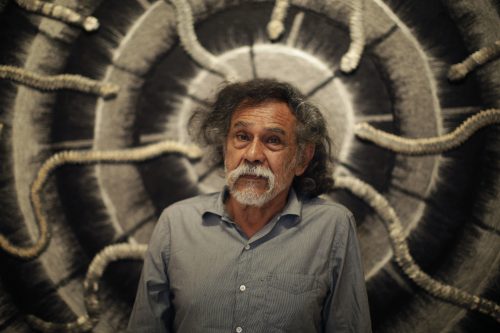 Francisco Toledo Discovers the Magic of the "Itzmo de Tehuantepec"

For his social and cultural commitment to the development of his home state, he received the Mexican National Prize (1998), the Prince Claus Award (2000) from the Netherlands and the Right Livelihood Award (2005) in Stockholm, Sweden.

Francisco Toledo was the father of poet Natalia Toledo and artists Laureana Toledo and Jerónimo López Ramírez, known as Dr Lakra, a Mexican artist and tattooist based in Oaxaca.